In 1933, Eugenie Brazier became the first female chef to helm two restaurants - La Mère Brazier in Lyon and a eatery in Col de la Luère – that each earned three Michelin stars. But fast forward to today, and most will be more familiar with the name of her then-commis chef – Frenchman Paul Bocuse - instead.

To be sure, being a woman in an industry that is largely male-dominated is no easy feat. Here, we pay tribute to 9 female chefs who have overcome obstacles and led their restaurants to three Michelin-star status. 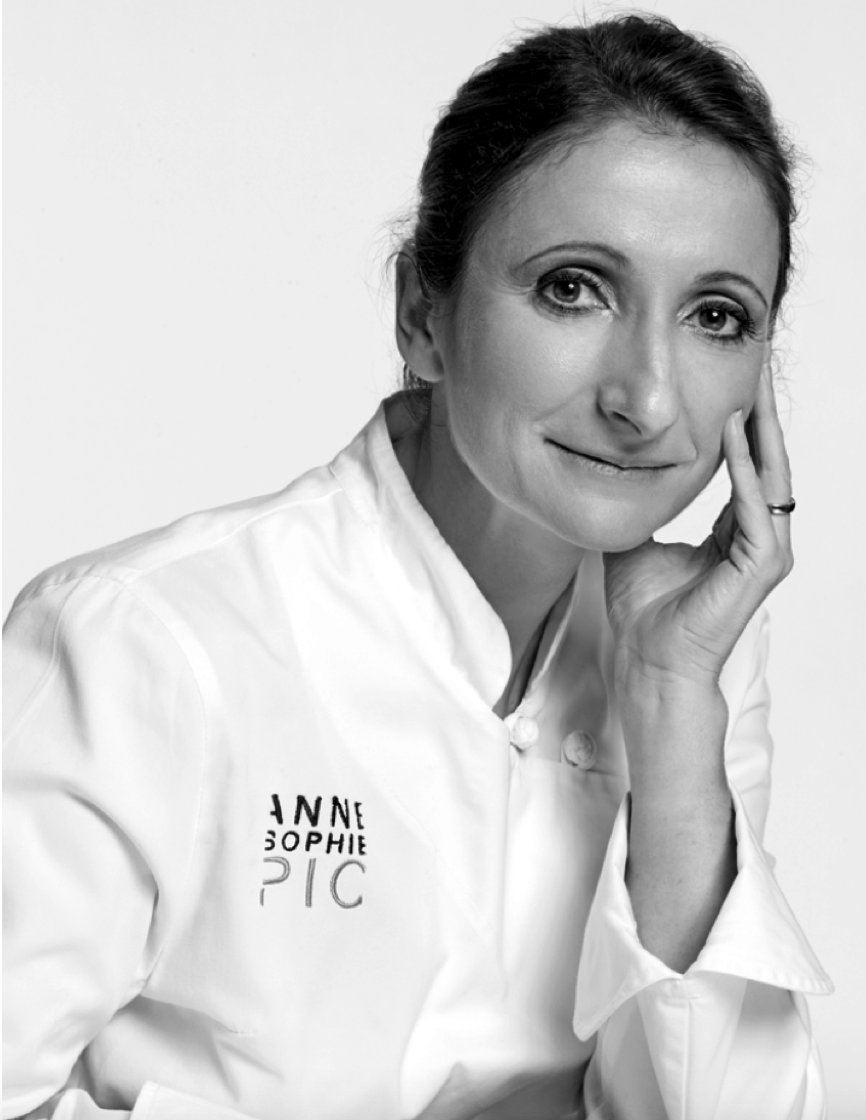 Anne-Sophie Pic is third-generation chef owner of her eponymous restaurant in boutique hotel Maison Pic, in Valence, south-east France. The heritage-steeped restaurant first earned three Michelin stars back in 1934, and continues to be an exemplary fine-dining establishment since Anne-Sophie took over.

Though she continues the attention to detail and quest for perfection practised by her father and grandfather, her stints in America and Japan have given her approach to food a more delicate and feminine touch.
Take a dish of la carotte et la fleur d'orange. Under Pic’s deft hands, the humble root vegetable is turned into a textural dish of carrot ribbons and jelly, topped with a fragrant orange blossom yogurt.
Advertisement
Advertisement
2. Elena Arzak
Arzak, Av Alcalde Elósegui, 273, 20015 San Sebastián-Donostia, Guipúzcoa, Spain

As the fourth-generation successor of over three Michelin-starred restaurant Arzak, Elena Arzak runs a tight ship together with her 74-year-old father Juan Mari. Having trained at top restaurants such as at La Maison Troisgros, Le Louis XV under Alain Ducasse, Restaurant Pierre Gagnaire and elBulli, Elena now continues her father’s style of modern Basque cuisine (a refined take on traditional Northen Spanish fare such as meats and fish grilled over coals and hearty lamb stews) over at Arzak. 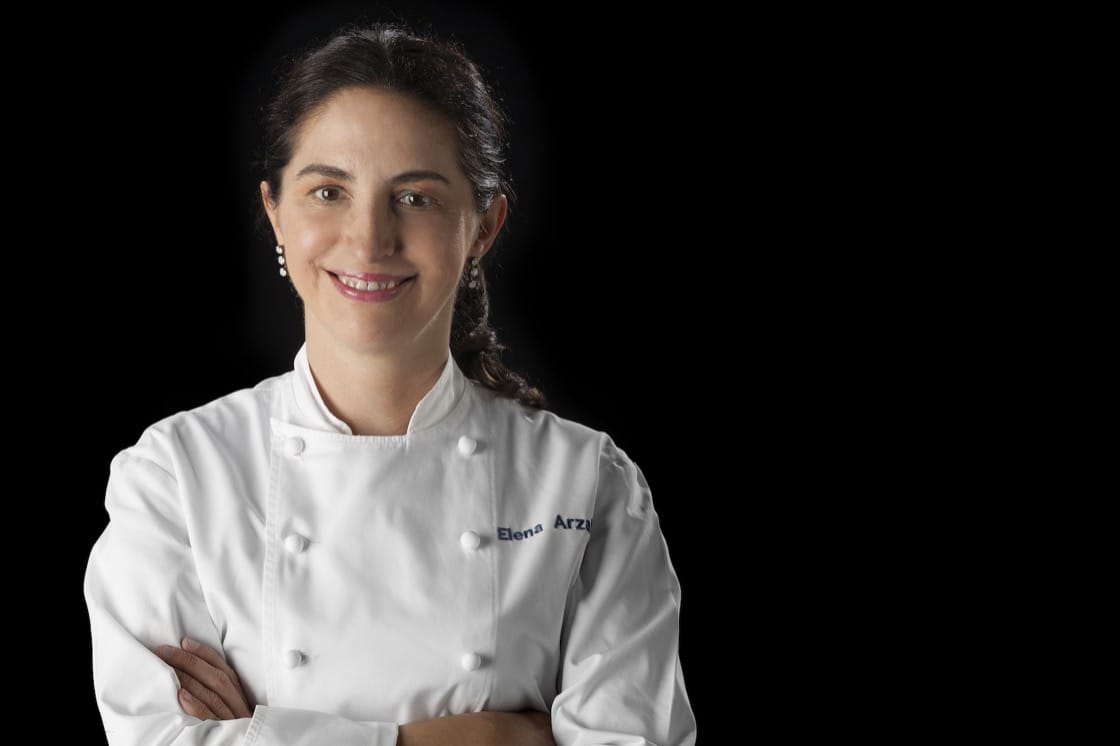 Elena Arzak Photo Credit: Coconut
Her playroom is a laboratory above the restaurant, where she and the kitchen team works on innovative ideas to intensify the flavours in a dish. Imagine, for instance, freeze-drying mussels and creating a powder for a deep umami hit. Under her leadership, nearly three-quarters of the chefs in the San Sebastián restaurant are also female.

SEE ALSO: What is a la plancha? 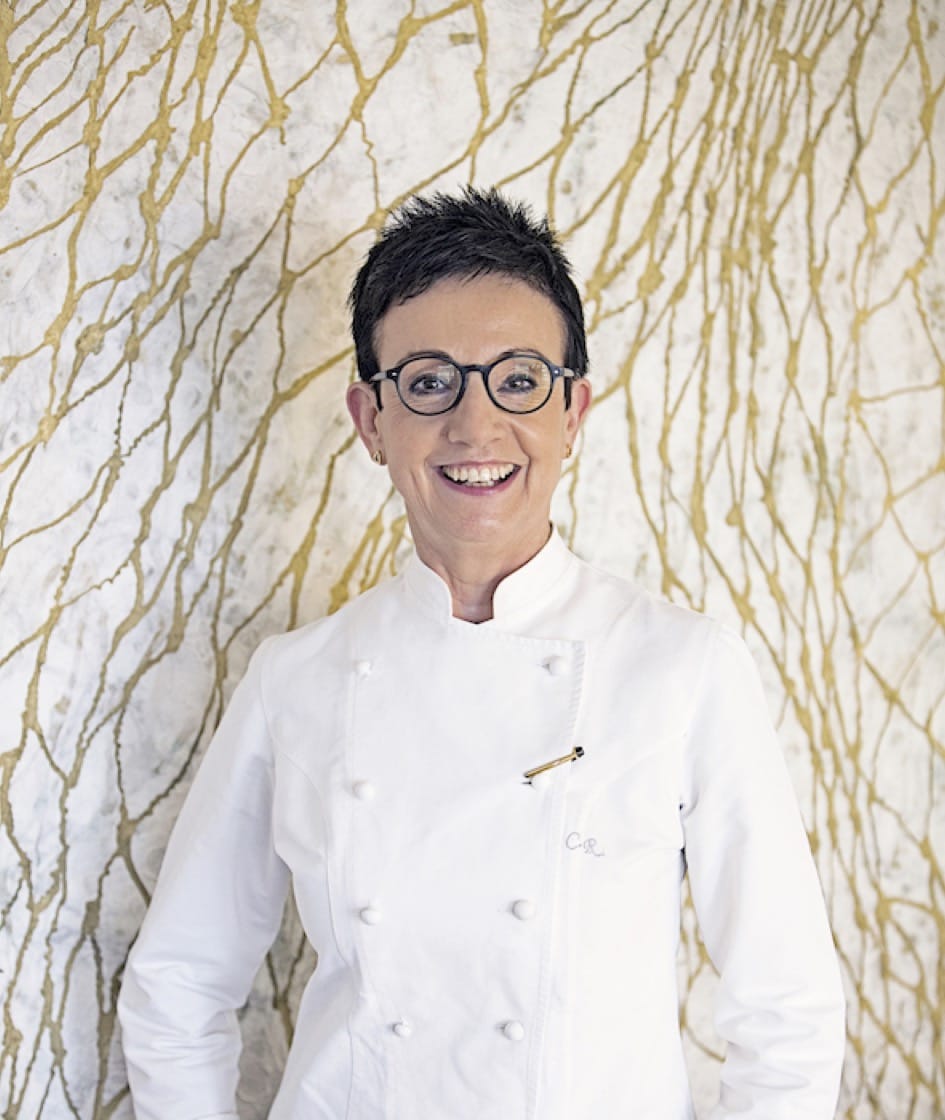 Located in Catalonia, a town between Barcelona and Girona, Sant Pau restaurant has held on to its three Michelin-starred status since 2006. And it’s largely thanks to Carme Ruscalleda, the short-haired feisty Spanish-Catalan chef who founded the restaurant together with her husband in 1988.

Having grown up on a farm, Ruscalleda brings out the best of traditional Catalonian flavours using fresh seafood and vegetables such as sweet red piquillo peppers. In 2004, Ruscalleda opened Restaurant Sant Pau in Tokyo, followed by Moments restaurant in Barcelona in 2010. Both restaurants hold two Michelin stars today.

SEE ALSO: Why a Foraging Restaurant in Singapore is a Surprisingly Viable Concept 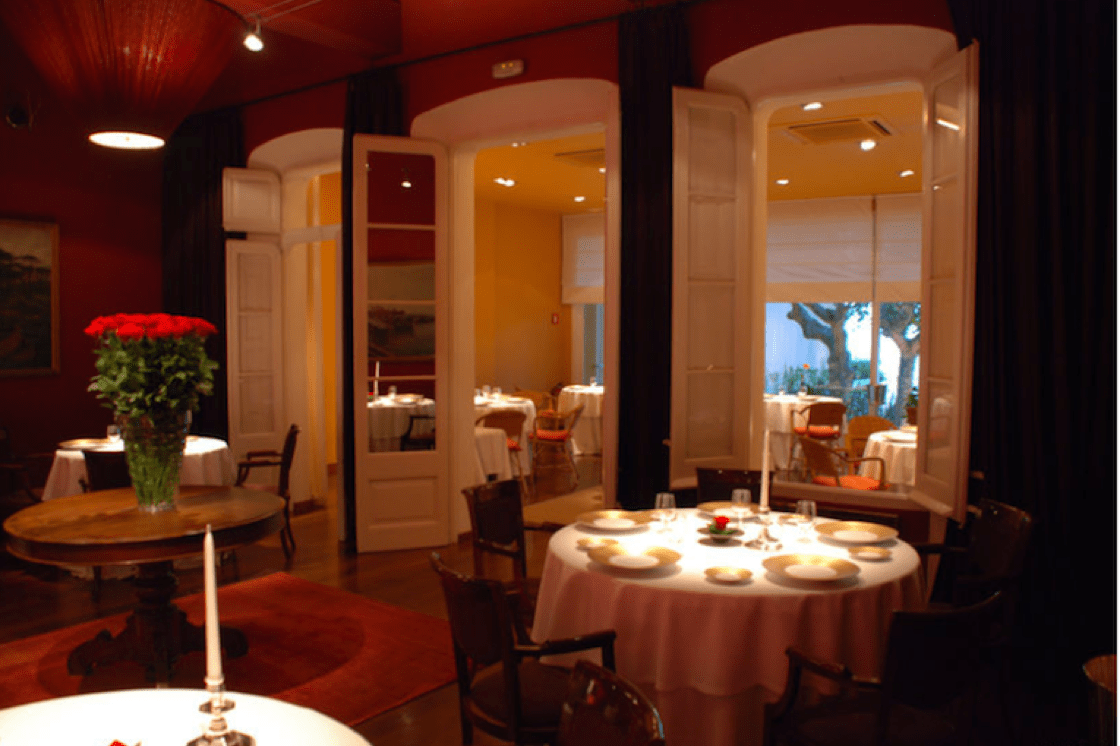 She might have been born in France, but Annie Féolde is the owner of three Michelin-starred Enoteca Pinchiorri, a restaurant recognised as being the standard for Italian fine dining in Florence. 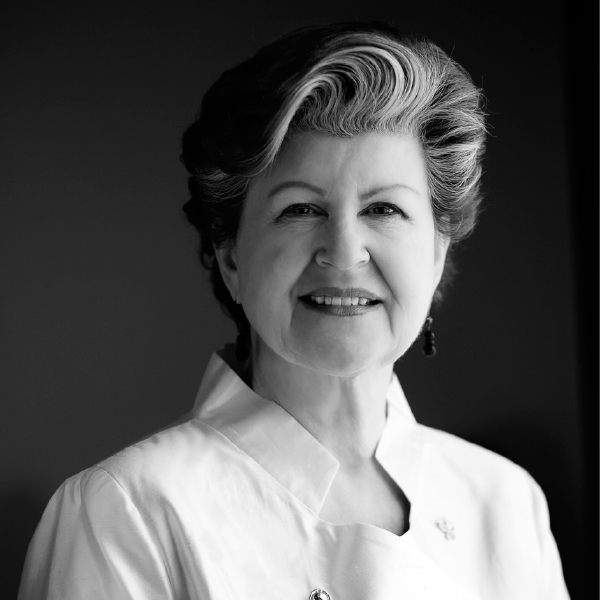 While her husband looks after the well-stocked wine cellar – the restaurant currently has over 70,000 bottles – Feolde holds court in the kitchen, serving Tuscan cuisine with a modern twist – spelt soup, for instance, is served with skewered red prawn wrapped in Parma ham and a bay leaf. Feolde is also the first Italian woman to have led her restaurant to achieve three Michelin stars.
5. Nadia Santini
Dal Pescatore, Canneto sull'Oglio, 46013 Runate, Italy

Dal Pescatore is a traditional Italian bistro that has held three Michelin stars since 1996, yet few would believe head chef Nadia Santini never went through formal culinary training. Instead, her recipes and cooking techniques were taught by her husband’s mother and grandmother, though Santini has since refined the “mama’s cooking” style. She is said to have inspired younger chefs such as Clare Smyth and Anne-Sophie Pic.

When Luisa Marelli Valazza and her husband bought the restaurant in 1981, they didn’t count on the former head chef to throw in his apron and walk out on them. But the pair rallied quickly, and worked together to achieve a Michelin star within their first year of taking over. 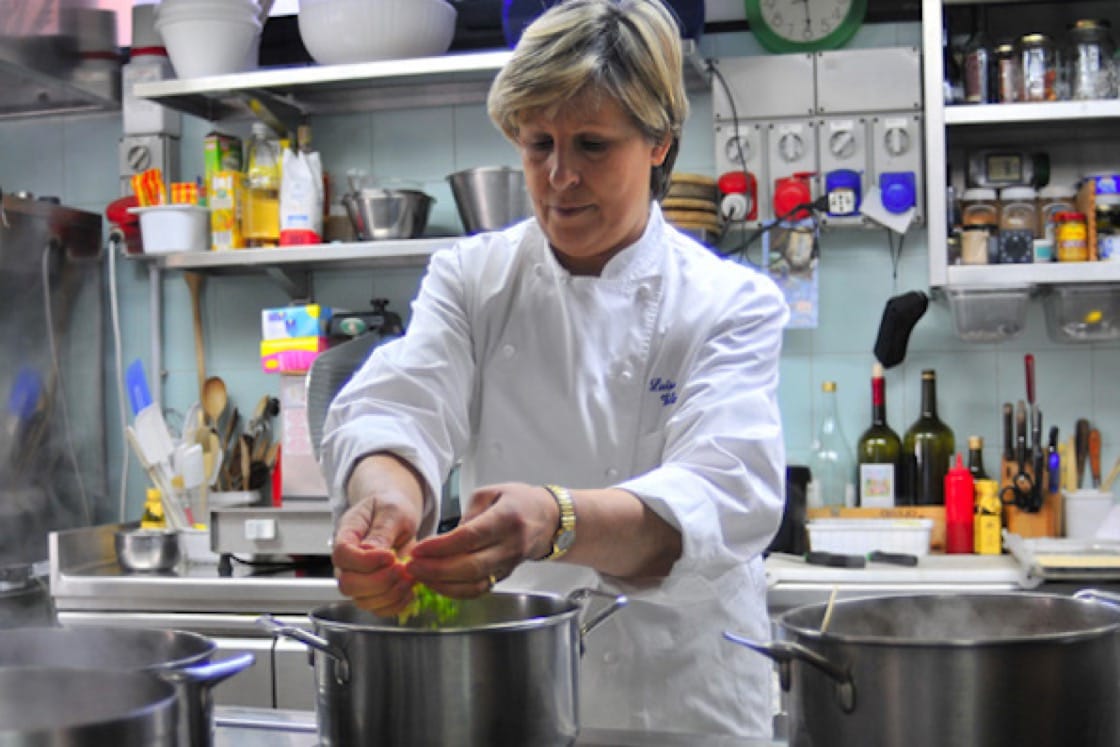 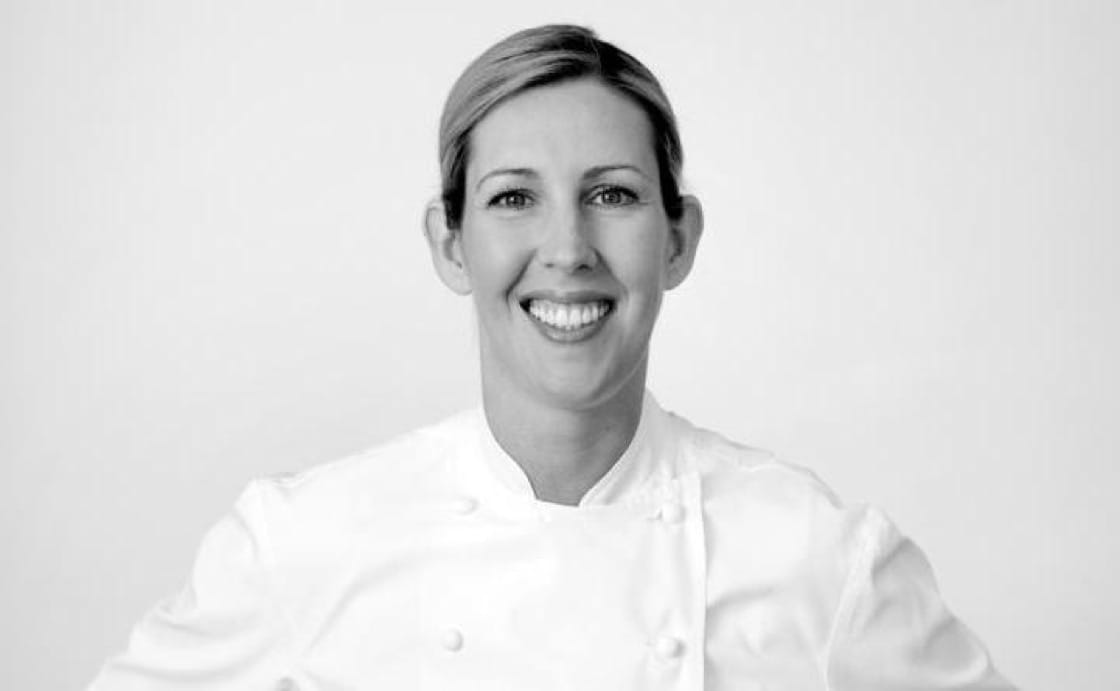 7. Clare Smyth
Not many chefs can hold their own against infamous hothead Gordan Ramsay, much less earn a sincere compliment from the man himself. UK chef Clare Smyth checks both boxes, with Ramsay calling her “the most prominent female chef of our generation” in an interview with Evening Standard last year.
Today, Valazza’s husband is in charge of sourcing for interesting new ingredients to work with, while Valazza heads the kitchen and turns out traditional Italian cuisine and a variety of delicious cheeses.
Smyth took over Ramsay’s eponymous restaurant along Chelsea’s Royal Hospital Road in 2007, and maintained its three Michelin star status up until she left in 2015. Smyth will be opening her own 60-seater restaurant in Notting Hill, London, later this year. 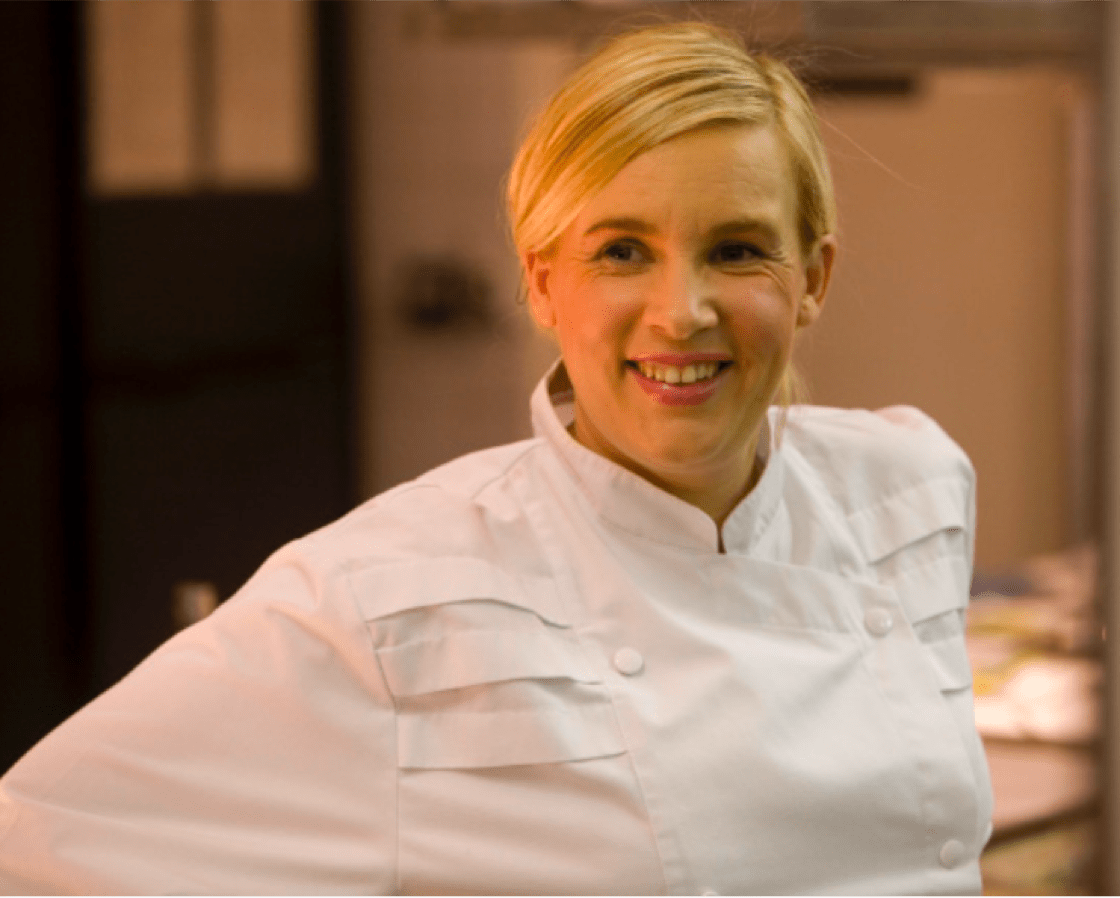 Hélène Darroze is a chef who plays by the rules – of the seasons, that is. Growing up with parents who ran a one Michelin-starred restaurant in the small town of Villeneuve-de-Marsan in France sparked her commitment to using only the best produce, such as local white bamboo shoots and foie gras.
Darroze first stint a restaurant was under acclaimed chef Alain Ducasse, who spotted her talent and encouraged her to work in the kitchen. Today, Darroze owns three restaurants, including two Michelin-starred Hélène Darroze at The Connaught, London, and one-starred Parisian restaurant, Hélène Darroze.
9. Dominique Crenn
Atelier Crenn, 3127 Fillmore St, San Francisco, CA 94123, USA

Dominique Crenn is the first female chef from North America to lead her restaurant - Atelier Crenn in San Francisco – to two Michelin stars.

Dominique Crenn is known for her bold cooking techniques
She grew up in Versailles, France, and is known for her bold and creative culinary techniques, best applied to seafood. Lobster, for instance, is served in a tangy fermented shiso broth, while the freshness of raw scallops are accented with pineapple water, finger lime, and fruity olive oil.
Advertisement
Advertisement