Carrying on a Legacy: A Shisen Hanten Story

To Chen Kentaro of Shisen Hanten, a bowl of dan dan noodles has a powerful significance attached. Dan dan noodles originated from Sichuan in China, it was his grandfather Chen Ken Min, who brought it to Japan.

Noodles. Sesame seeds. A dollop of minced meat. The ingredients that make up a bowl of dan dan noodles are simple, but it’s a dish that warms both the stomach and heart.

Traditionally, this classic Sichuan dish was sold from baskets carried on a pole, balanced precariously on the shoulders of street hawkers. "It is a taste that resonates with the poorer class of society; it's soul food,” says executive chef Chen Kentaro of two-Michelin-starred Shisen Hanten. The 37-year-old Japan native belongs to the third generation of the Chen family, credited for bringing Sichuan cuisine to Japan. At Shisen Hanten, Chen serves up two versions of the dish - a dry and soupy variation. 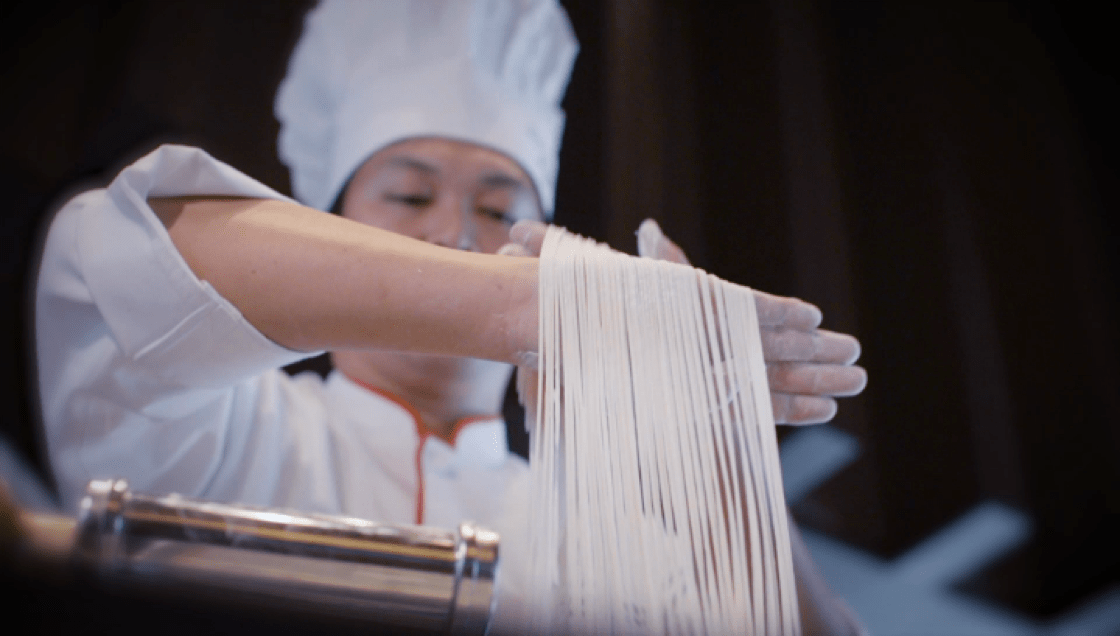 "When my grandfather introduced this dish to Japan, he initially served it in the same style,” shares Chen.

“But Japanese tastebuds are different from Chinese tastebuds. The Japanese tend to prefer noodles in soup, like ramen-style. It was my grandmother who suggested adding some soup to the original dry version,” he continues. Adding some chilli oil upped the intensity of the noodles.

As to what makes a perfect bowl of dan dan noodles, Chen says that it is not just the recipe, but also the seasonings such as chilli oil, sesame sauce, minced meat and sweet bean sauce that is important.

Each of the above has to be carefully prepared.

"We are particular about each and every ingredient. For example, chilli tastes and smells differently in different seasons, so it's necessary to change the recipe,” says Chen.

Much attention is also paid to the sesame seeds used here. Chen shares that the family travelled extensively trying different types, before finally settling on one from Guatemala. “Its colour and aroma is closest to what my grandfather wanted, and we are still using this sesame today,” says Chen.

His grandfather, Chen Ken Min, was a Chengdu native who migrated to Japan in 1958.

"When my grandfather came to Japan, his purpose was not work, but purely travel. Then, he brought a wok, a ladle and crockery. Whenever his money ran out, he would whip out his wok, cook and earn some money.”

Chen Ken Min then started Shisen Hanten to showcase the delicacies of his hometown to his newfound countrymen. More than half a century later, the restaurant is now a brand name in Japan with 13 outlets across Tokyo. 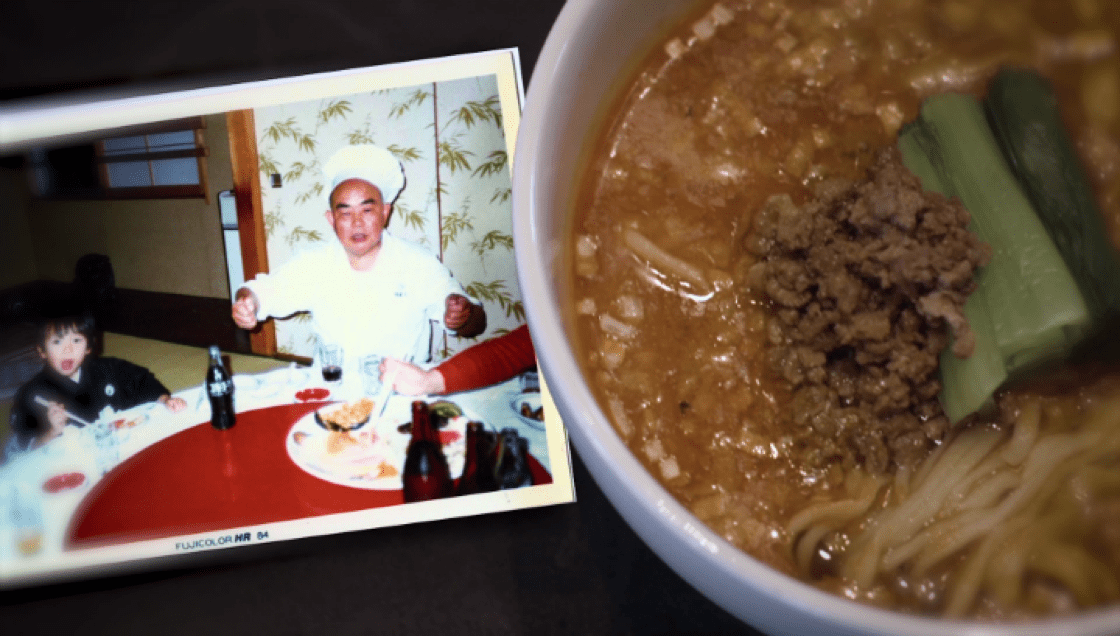 In the 1960s, Chen Kentaro's grandfather Chen Ken Min, started Shisen Hanten to showcase the delicacies of his hometown to Japan.

Still, Chen is considered a late bloomer by industry standards.

"When I was a high school student, I worked part-time at an Italian restaurant in my neighbourhood. I helped to wash the dishes and occasionally prepare desserts,” he shares. “But the start of cooking as a career was after I graduated from university, when I was about 22 years old. "

He has never been taught by his grandfather directly.

"Grandfather passed away when I was 12. But he showed me the pleasure of cooking and enjoying food at home with friends,” shares Chen. “My grandfather once said, 'Cook as if this is for your girlfriend.' No matter the occasion, cook like you are cooking for someone important like your family or girlfriend, and put your heart into it.”

To Chen, the attractiveness of Sichuan cuisine lies in its 7 tastes: numbness, spiciness, sweetness, saltiness, bitterness, sourness and aroma.

"There's this saying about Sichuan cuisine, A hundred dishes, a hundred flavours. Each dish an unique character."

But he is not at all worried about the technicalities of executing the dishes, "Techniques or knowledge about seasoning, as long you study hard, anyone can learn it. Of course there's the question of how hard you work and how you learn. " 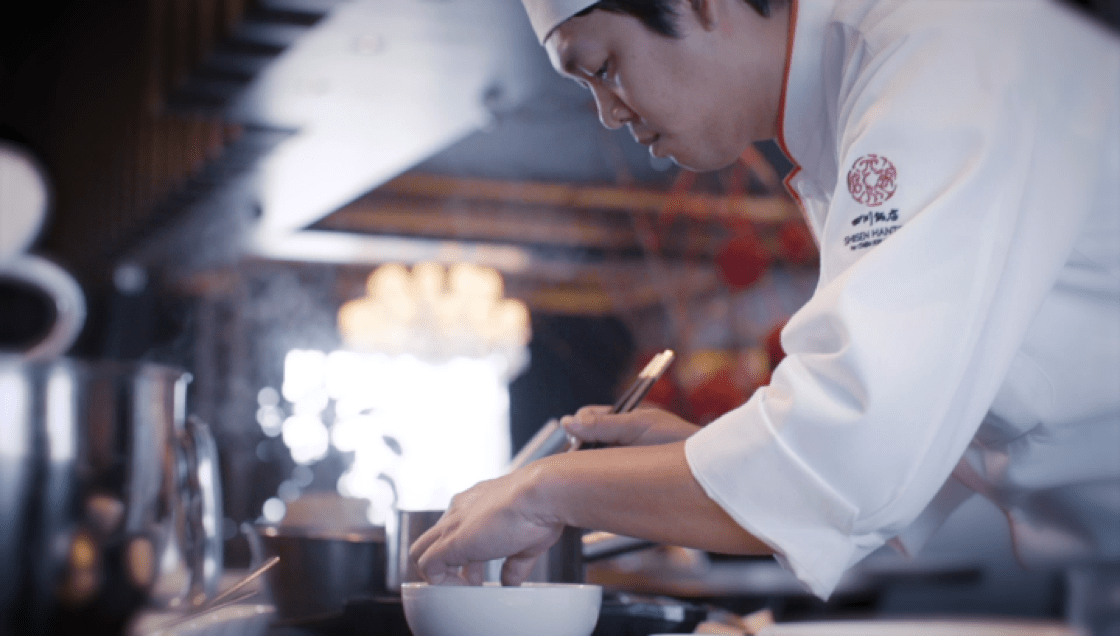 Chen Kentaro's grandfather has this piece of advice for him, "No matter the occasion, cook like you are cooking for someone important like your family or girlfriend, and put your heart into it.”

To Chen, a bowl of dan dan noodles has a powerful significance attached.

"It may be just a bowl of noodles, but if you look at its history, dan dan noodles originated from the Sichuan province. Grandfather brought it to Japan and now everyone knows it.

This is a treasure of Shisen Hanten and also my family. It's as important as my own life. I have no wish to change the recipe or seasonings and I hope to protect it and pass it on,” says Chen. “ Even if it's just a bowl of noodles, it contains so much history and memories. If everyone could try it, I would be very happy. This is my mission.”

“ Even if it's just a bowl of noodles, it contains so much history and memories. If everyone could try it, I would be very happy. This is my mission.”
To Chen Kentaro, dan dan noodles is a treasure of Shisen Hanten.

Special Promotion: Simply key in a promotional code KAMIC152017  and be entitled to 15% off all KitchenAid products. For more details, click here. (This promotion is only applicable to Singapore for one week from 7th April to 14th April. Not valid with other promotional deals. )