Behind The Bib: New Ubin Seafood

New Ubin Seafood perfectly epitomises the Singapore spirit of being innovative whilst keeping with traditions.

Behind The Bib meat Seafood

New Ubin Seafood is no ordinary seafood nor zi char restaurant. Its signature dish is already telling: cubes of US ribeye steak, with a side of rice fried in beef fats. New Ubin Seafood epitomises the Singapore spirit of being innovative whilst keeping with traditions, and seamlessly meshing different cultures.
From Selling Seafood to Inventing Dishes

Pulau Ubin is an important island to Singapore. In the old days, most of the fishing islanders also ran a restaurant - a way to sell their daily catch to customers. Following the government’s acquisition of the island in 1992, one of the restaurants on the island’s northern coast, namely Ubin Seafood, migrated to the mainland under the same name.

Since 1993, the restaurant has moved several times, from Commonwealth, Keppel Marina, Punggol Marina, to the junction of Sixth Avenue and Bukit Timah Road. Pang Seng Meng was one of their staff, and in 2007, he decided to branch out and open New Ubin Seafood in Sin Ming Industrial Estate.

Being curious about food, Pang was not contented with just dishing out seafood specialties. So, he turned the restaurant kitchen into a test kitchen, playing with new flavours and ingredients. As long as the invention tasted good, he would include it in the menu.
Advertisement
Advertisement 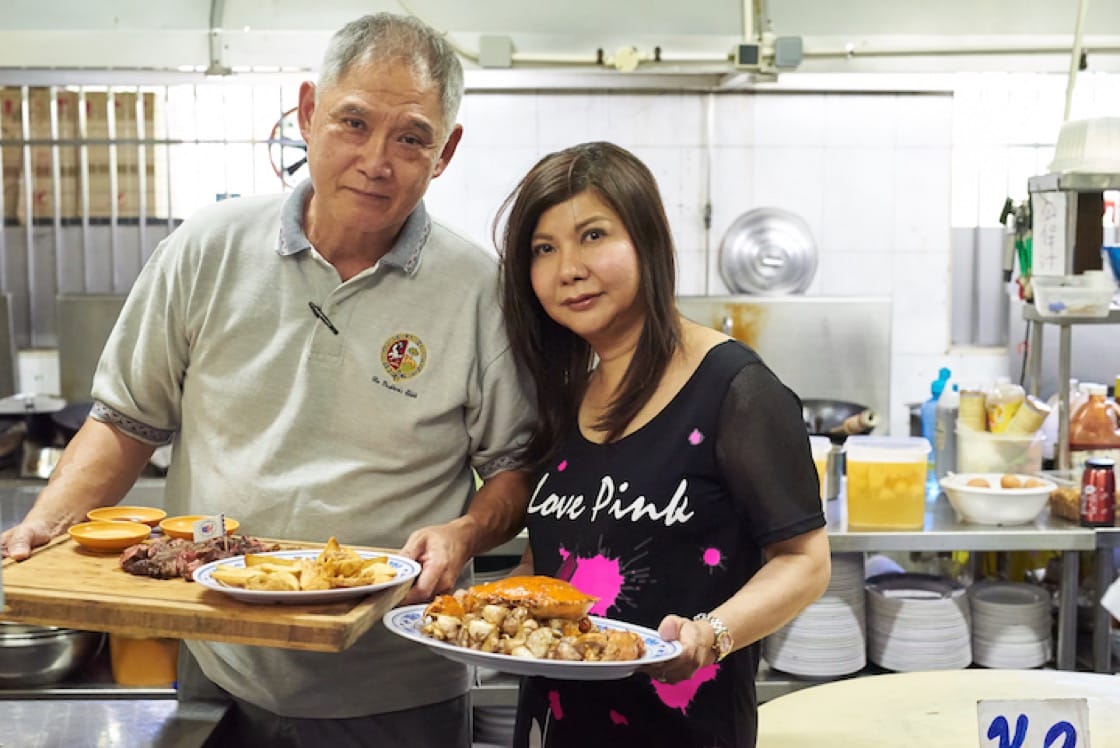 ‘We name our dishes as authentic Singaporean but we are not letting the genre limit us,’ says Pang. ‘Whenever we have an invention that we are happy with, we put them onto the menus, and so far we already have over 100 new items.’

The unique dishes catapulted the restaurant into fame, amassing a loyal following even before the restaurant received its Bib Gourmand status. They moved to the current location in November 2016, when the government launched the redevelopment of Sin Ming Industrial Estate.

Customers who have a hard time choosing among the plethora of dishes always go to the compiled list of the 30 most popular dishes prepared by the restaurant. Enlisted favourites are Sri Lankan garlic-baked and chilli crab, US Black Angus Ribeye with fried rice, German-style pork knuckle, South Indian curry with black ink squid, Hong Kong kai lan, caramelised eggplant, gula melaka banana, among others.
If you only have stomach for one dish, the Black Angus Ribeye with fried rice is the signature dish to go for. The steak is diced and served on a wooden board; and the fat cut from the beef is used in the fried rice. Dubbed ‘Heart Attack Fried Rice’, this is a must-order for both regulars and new patrons.

“I used to grill meat at home all the time before opening the restaurant, and I have always had a predilection for beef, so I am very particular with the quality of meat.” says Pang. 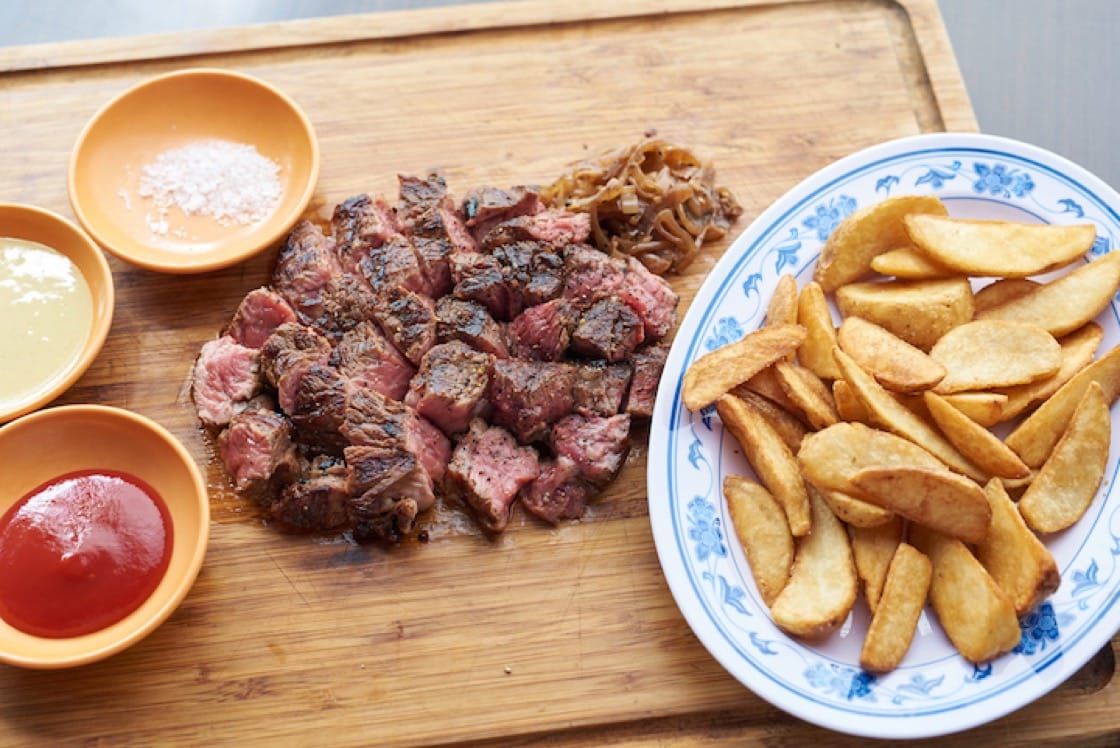 His quest for perfection transforms normal everyday dishes into something extraordinary. The Boss Bee Hoon, for instance, looks deceptively simple with only fish cakes and vegetables. But take a bite and one immediately notices the wok hei effect of smoked-kiss noodles. Even Hong Kong kai lan is not just plain Chinese kale; the stalks are carefully peeled to give an extra layer of crunchiness in the midst of the tender structure, and the leaves are infused with grunions. These little touches set New Ubin Seafood apart from normal home-style restaurants.

The sous vide egg with char-grilled foie gras is another ingenious dish that combines an everyday food item (the egg) with a luxury item (foie gras) to make an absolutely mouth-watering appetiser. This dish used to be an off-menu special, but has since found pride of place on the pages of the menu.

“We are sometimes described as making “new age” zi char, appealing to all demographics. Customers would bring their parents one day, their friends the next, and order entirely different dishes.” Pang explains.
Advertisement
Advertisement

Behind The Bib Michelin Guide
Dining In 2 minutes

Taipei Behind The Bib night markets
Dining In 2 minutes