The latest selection of restaurants and street food establishments recognised with a Bib Gourmand in the MICHELIN Guide Singapore 2019 was just released on 10 September. One of the new additions to the list this year is Chef Kang's Noodle House, a nondescript canteen stall tucked away in a Toa Payoh industrial estate with a MICHELIN star connection. The stall is run by two proteges of chef Ang Song Kang who owns one-MICHELIN-starred private kitchen Chef Kang's on Mackenzie Road.

Brothers Moo Yun Kheng and Moo Yun Wah have worked with Ang for more than seven years, learning how to make iconic local dishes like laksa, chicken rice and prawn noodles at Ang’s now-defunct café before spending the last two years at Chef Kang’s. “Over the years, I’ve been teaching them everything about the kitchen. I want them to get their hands dirty so they will know what it feels like to be confident about cooking something,” says Ang.

It was there that they learnt how to make Ang’s signature char siew — pork belly marinated overnight and roasted in a charcoal oven to a charred, lacquered finish, then sliced and served sizzling on a hotplate. 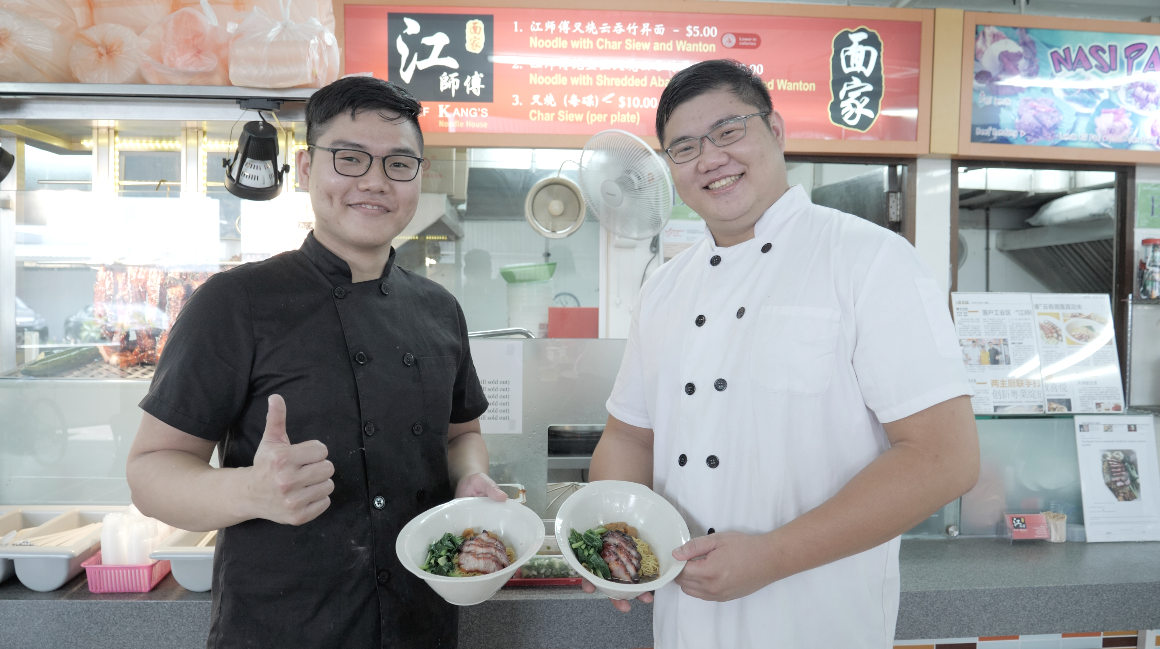 When the opportunity came in late 2018 for Ang to take over a stall in the Jackson Square canteen, he decided to let the brothers try their hands at running their own business hawking a local favourite — wonton noodles topped with char siew. Though it is a quick-service hawker stall in a nondescript coffee shop, it still upholds the chef’s same exacting standards as his fine-dining restaurant. “When I first taught them to cook wonton noodles, I had to go down every day to check on them to see if anything was wrong, that every component was done well and every bowl consistent.”

Just as at Chef Kang’s, the char siew at the stall is marinated overnight and roasted daily in a charcoal oven on site. The jook sing noodles, which are imported from Hong Kong, are made with eggs, flour and a dash of alkaline water. Also known as bamboo pole noodles, they are known for being light and springy, the perfect vehicles for the top-grade naturally fermented black soya sauce that it is drenched in. “The noodles are very fine and don’t have a strong alkaline taste,” says Ang. “When you serve them dry, you’ll see that they absorb the flavour of the sauce very well.” 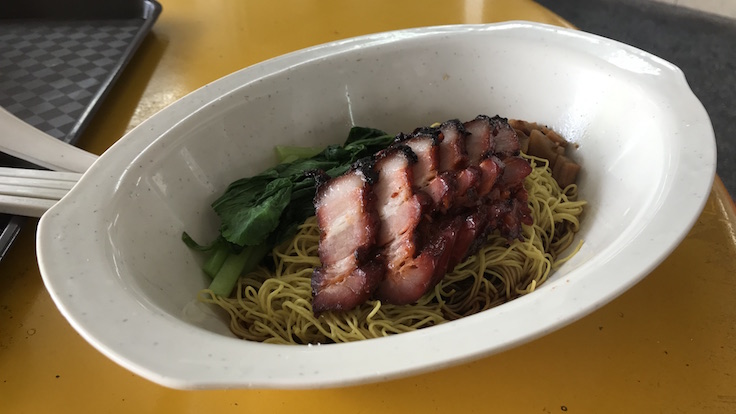 Crowning the noodles are pieces of crispy lard that inject a fragrant crunch to the dish. Each serving of noodles comes with a milky rich soup with plump and bouncy wontons filled with shrimp, minced meat, water chestnut and dried flounder. Even the soup, often an afterthought at other wonton noodle stalls, is given careful consideration. “For the soup, we use at least 10kg of old chicken and 3kg of chicken feet, boiled for at least four to five hours at a high temperature to extract that rich flavour,” says the chef.

Chef Kang’s Noodle House has been attracting queues for its dry wonton noodles ($5), which comes topped with the chef's signature char siew, a smattering of pork lard and parboiled mustard greens. The stall also sells a luxe version of the noodle dish with shredded abalone ($10). Both noodle dishes come with a bowl of soup and plump wontons. You can also order a plate of the famous char siew as an a la carte dish ($10).