Behind The Bib: Bar-Roque Grill

Behind the restaurant is a chef who speaks of mentorship and camaraderie with some of the biggest names in food.

Behind The Bib French

Who’s Behind It
Poet, philosopher and writer Ralph Waldo Emerson once said: “Our chief want in life is somebody who will make us do what we can,” and if there’s anyone in Singapore’s culinary scene who has lived and breathed that reasoning, it would be Bar-Roque Grill’s executive chef and owner Stephane Istel.

The 39-year-old Alsatian-born chef is quick to point that his success today would not be the same without the many mentors he’s had the fortune of meeting and working with. That includes the likes of Michel Royer and celebrity chef Daniel Boulud – the latter gave him the opportunity to work in New York and Vancouver before he eventually made his way to Singapore to helm Marina Bay Sands’ DB Bistro and Oyster Bar. 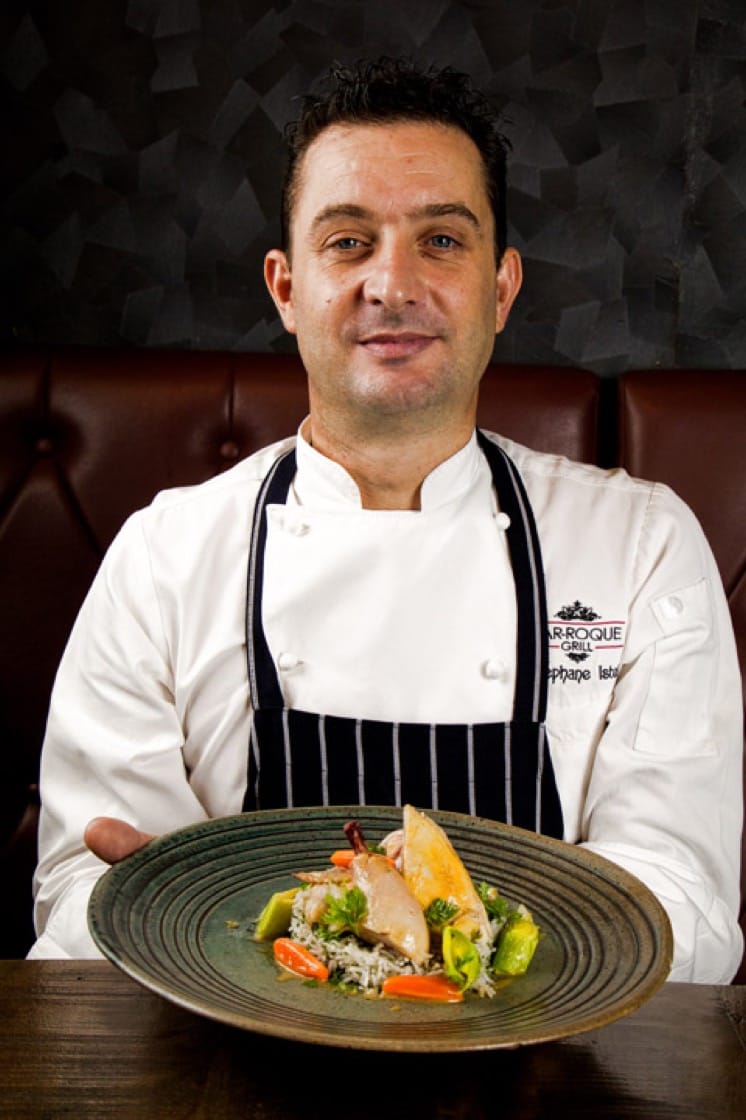 While fortune smiled on the career front, it was less kind on others. Near the start of his stint in New York, he got into an accident, taking a tumble down the stairs while carrying a 25-litre pot of chicken stock. The temperature? A scalding 80 degrees Celsius – enough to give him second and third degree burns that required three months of hospitalisation and skin graft procedures.

“I went back to the kitchen but it felt like I lost my touch. I didn’t have the same love for cooking. I was worried about all the hot stuff in the kitchen,” he says. “I wanted to stop and do something else but then Daniel was there for me and he pushed me. He didn’t accept. He said, ‘You come back to New York. I want you and you will be a success,’” he says.
Chef Stephane adds: “It was dramatic but it’s good dramatic because I got stronger with that. I think it gave me motivation to achieve what I want to do.”

Chief among them was to start his own space. “My dream was to open my restaurant at 35 years old,” he says. “So after 10 years with Daniel it was time for me to move.”

How It Got Its Name
So much importance did chef Stephane place on his mentors that even the name Bar-Roque was suggested by Marina Bay Sands’ late executive chef Christopher Christie. The man was a widely respected industry figure and steered a team of 400 across the establishment's various restaurants. 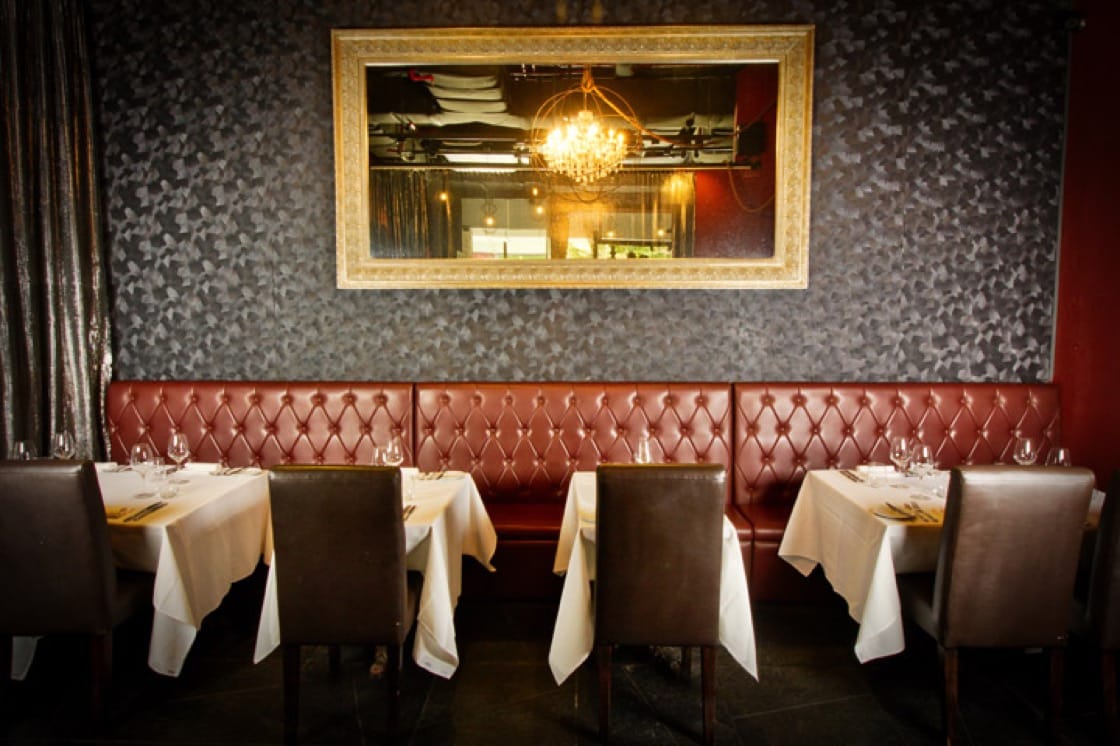 “I was quite close to him, and he said to me, why don’t you call it Baroque? So we just broke the name with a hyphen and added grill at the back,” says chef Stephane.

“The Baroque era of the 1600s was when people started to feast on long tables and dance – I wanted to do something comfortable for sharing, like at home,” he says.

What To Order
Serving up rustic fare meant he’s able to plate up classics from his Alsatian heritage. Case in point: The tarte flambee – an appetiser that, to the layman, resembles a pizza.

“It’s an Alsatian classic that’s one of the bestsellers here,” he says. “We do a very thin dough with crème fraiche from France, smoked bacon from Germany and blanched onions – it’s my mum’s recipe.” 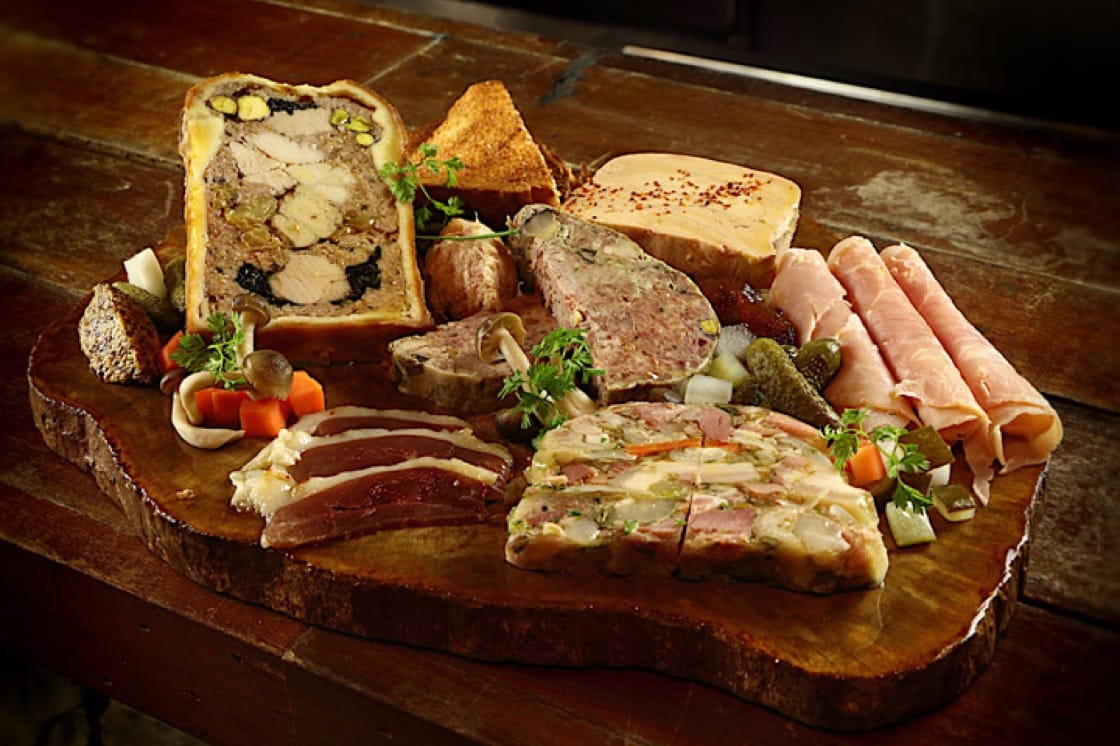 Other dishes the restaurant specialises in is the charcuterie platter with eight different elements where every part is homemade from the rillettes to the pickles. “It’s very good for starters and sharing a nice big plate like that,” says the chef.

Other popular signatures include the beef platter with beef prepared three ways. “We have the beef wellington in homemade puff pastry, hanger and ribeye steak, with baby salad and sauces.”

Chef Stephane also adds that while the restaurant opened strongly with rotisserie dishes, he’s been leaning it towards the direction of beef with an all new dry-ageing cabinet.

“What I want to do next is for people to discover the difference between grass-fed and organic beef and what dry-ageing can do to it,” he says. “I love traditional food made with the techniques I learnt from the big name chefs. Here, there’s always something comfortable.”

Behind The Bib Singapore Bib Gourmand
Dining In 3 minutes