From Peranakan to Indian, switch things up with these restaurants offering unique takes on Chinese New Year menus.

If you’re looking for a place to gather and have a meal during the Chinese New Year season—but are a little tired of Chinese food—many non-Chinese restaurants have jumped on the festive bandwagon, offering up their takes on New Year specials and set menus.

Instead of tossing yet another traditional yusheng, dig into an Italian trout crudo or an Indian-infused lo hei. From fish maw laboriously-prepared and stuffed in a Peranakan technique to Mandarin oranges in refined European-style desserts, traditional ingredients and delicacies also take on new life at these restaurants. 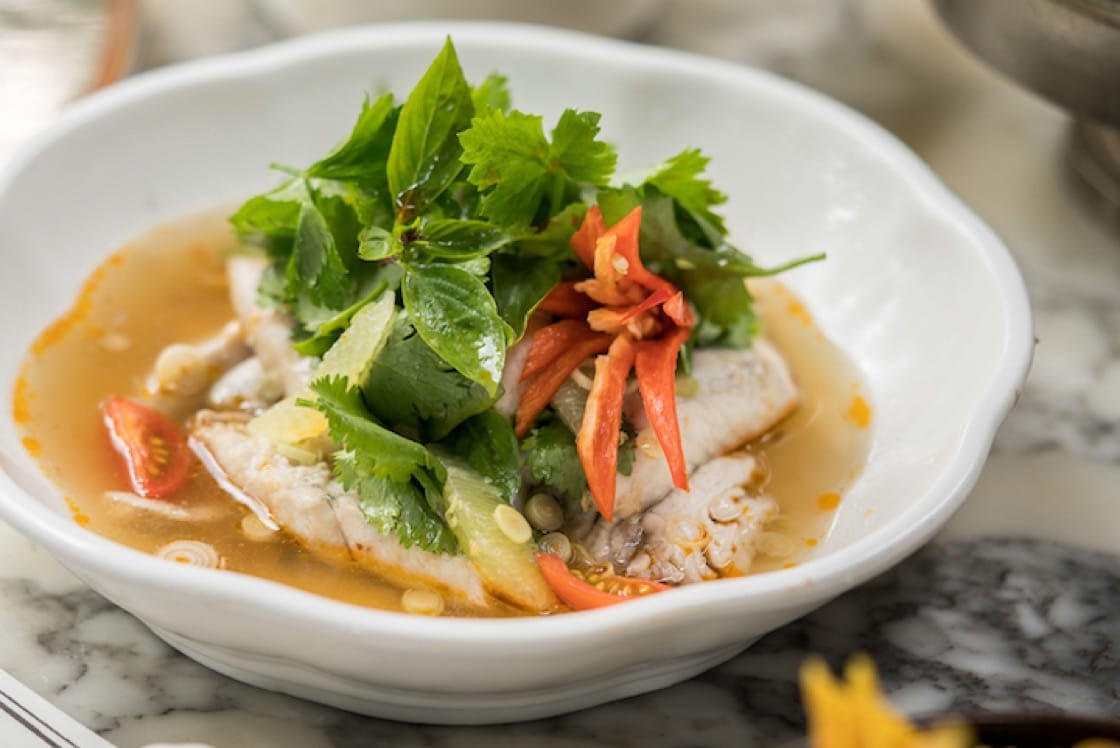 Head to Chopsuey Café on Dempsey Hill or Martin Road for a hipster CNY celebratory meal. Even if you’re not a fan of the usually over-sweet traditional yusheng, you’d probably enjoy the Chopsuey Lucky Lunar lo hei ($28 for half, $48 full), which veers into salad territory with trout, kale, celeriac, sprouts, blueberries and wild rice. For starters, chef’s crispy fresh prawn wantons ($10) is simple and scrumptious, each golden packet stuffed with succulent prawn, while the truffled rice chicken "sausage" ($18) is a play on chicken rice balls, fragrant with a drizzle of truffle oil. Not to be missed are the crisped garlic spare ribs ($36) and lemongrass and lime-poached barramundi ($32) served with a mountain of fresh herds. Wash it all down with a celebratory cocktail—the "lucky puppy" ($19) is a delicious blend of Monkey Shoulder whisky, Martini Rosso and Cointreau, served straight up. 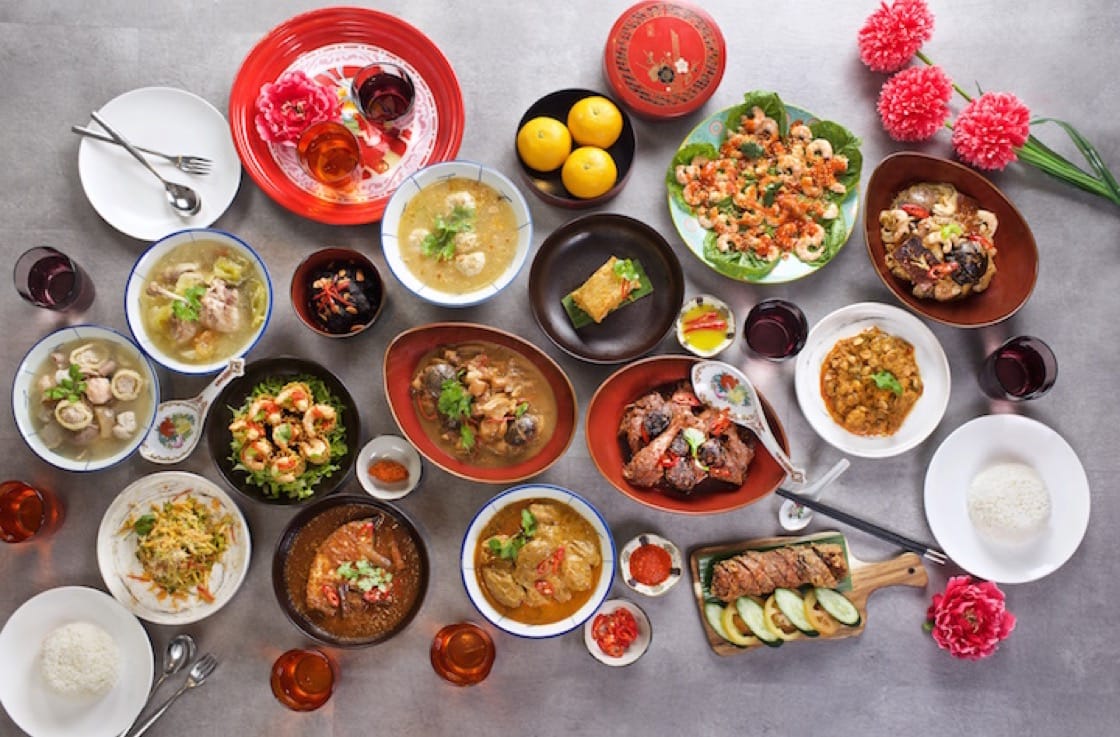 Chinese New Year is a time for lavish feasting in Peranakan households, all laid out on a long table called a tok panjang (a mish-mash of the Hokkien word for "table" and the Malay word for "long"). Chef Damian D’Silva is pulling out all the stops for his version of tok panjang at Folklore, which features 15 different heritage dishes from his grandmother’s repertoire. Expect to find notoriously laborious Peranakan dishes like ayam buah keluak, a stuffed fish maw soup, and pie tee filled with hand-shredded turnip. Other stand-out dishes include the sambal belimbling made with tangy miniature starfruit, a luscious babi pongteh and chunky, fragrant mackerel otah. While the spread will be laid out buffet-style, you’re meant to scoop portions for sharing communally at the table so you can try a little bit of everything. 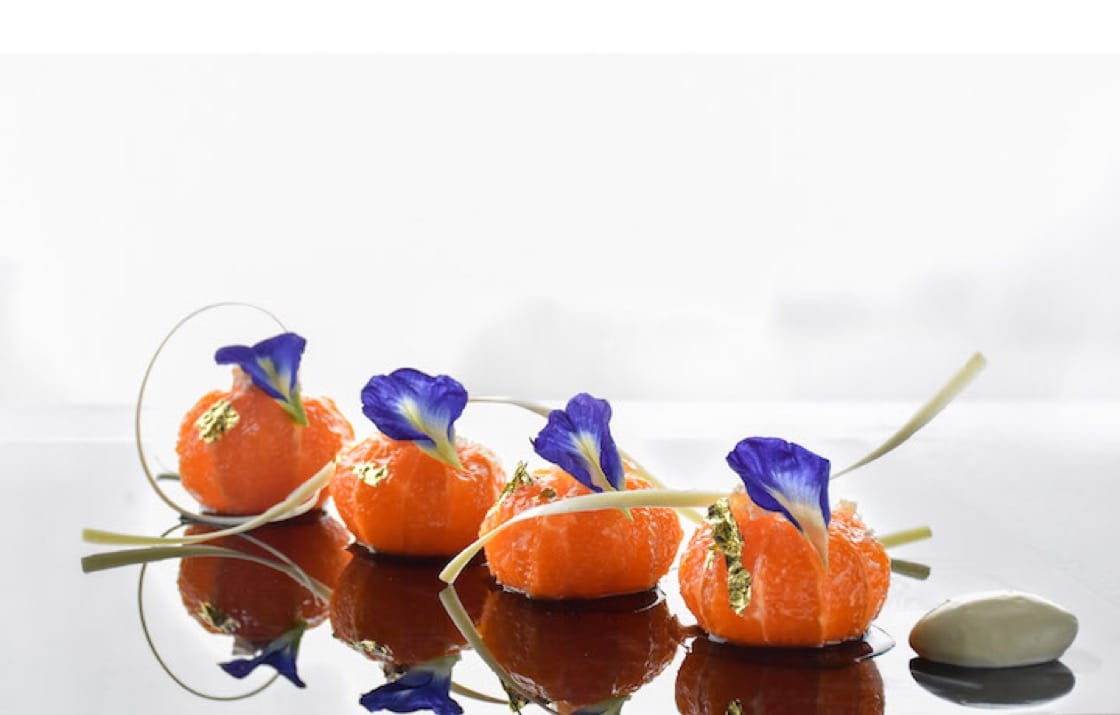 Farm-To-Table Dining at The Summerhouse

Retreat from the bustle of festivities to The Summerhouse, set in the serene suburban parks of Seletar. In keeping with the tradition of celebrating a bountiful harvest, The Summerhouse Chinese New Year menu will feature the freshest produce from a farming collective of Singaporean and Malaysian growers and seafood from a local kelong. From the latter, fresh kelong prawns are wrapped in lettuce cups a la "San Choy Bau," while free-range French poultry are steamed with furikake rice cake, caramelized oyster mushroom and black garlic. Mandarin oranges take centerstage in dessert, marinated in Brandy and served with ice cream and honeycomb for a sweet ending.

The Summerhouse Chinese New Year set dinner is available from 16 February to 3 March 2018. The 8-course set dinner is priced at $70 per diner, and a supplement of $15 for Farmer’s Yusheng. 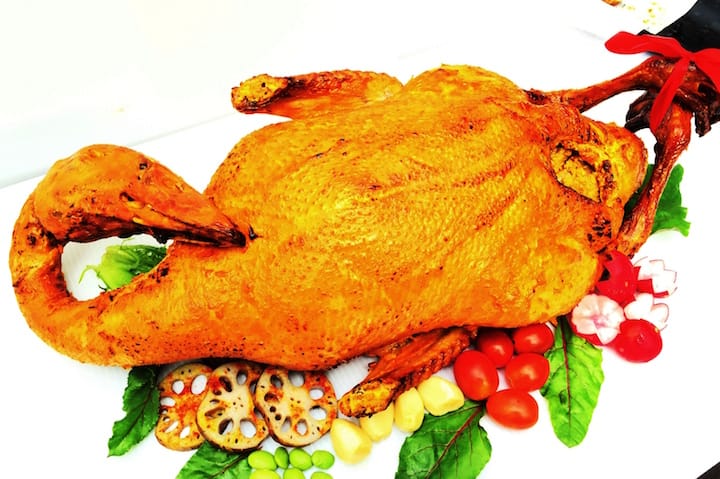 Authentic Ethnic cuisine at The Song of India

Chef Manjunath Mural welcomes the Lunar New Year by unveiling the Michelin-starred restaurant’s first multani clay duck ($68) and multani clay chicken ($58) dishes inspired by traditional Indian recipes. Marinated for a day in a myriad of spices before being covered in multani clay and baked, guests are invited to break the clay themselves to reveal juicy, succulent meat beneath, with a hint of smokiness from the clay. The Indian-tinged yu sheng ($38) features tandoori-smoked salmon and masala crushed peanuts. These will be available alongside their Chinese New Year buffet spread ($46.90 per person) and a live station serving up rice hoppers with creamy coconut pumpkin stew. 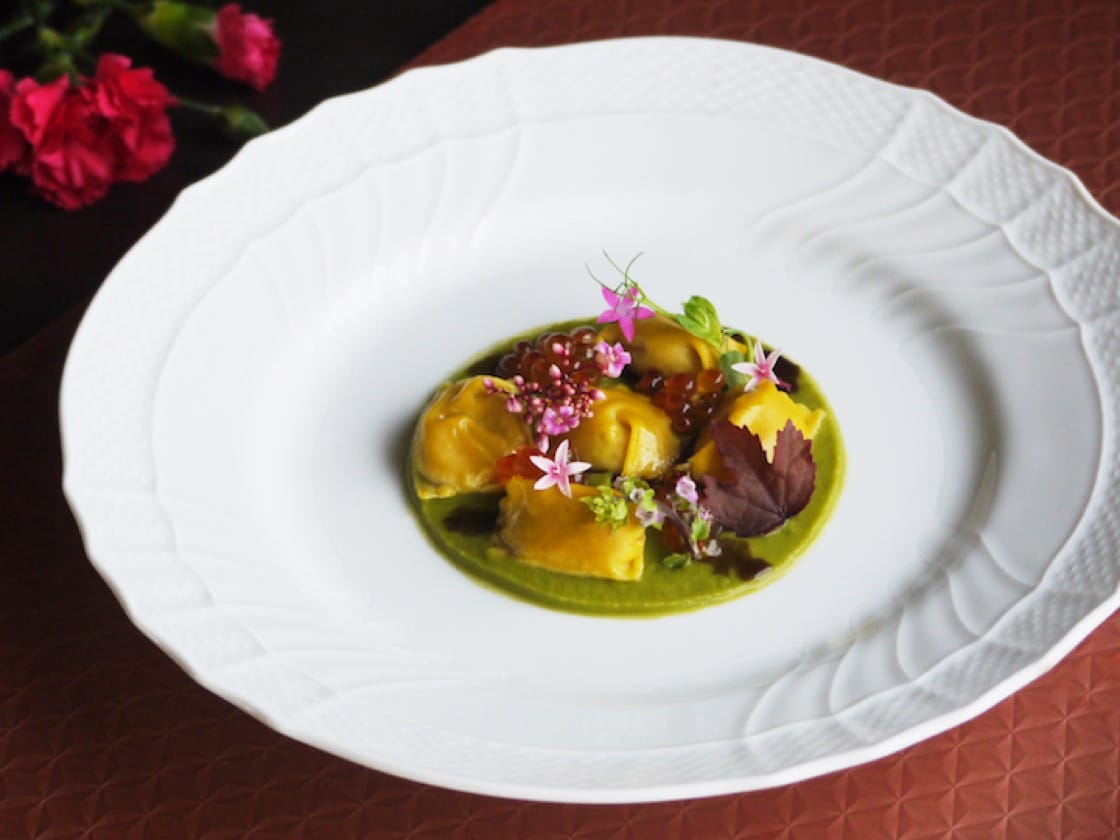 This stylish Italian restaurant at the iconic National Gallery will be serving up a Lunar New Year set menu featuring the likes of wild sea trout crudo with Sevruga caviar, sudachi cream and gold leaf, Aura’s take on yusheng; homemade lobster ravioli that evoke gold ingots; and steamed Italian sea bass with broccoletti and sea urchin sabayon, served whole in the spirit of ensuring a good year from start to finish.