A dive into history

Mdina, the city where De Mondion is located, may have a population of only 300 today, but it boasts a glorious past. Founded by the Phoenicians, the city was developed by the Arabs and fortified by the Normans. At that time it was even the capital of Malta. In 1530, the Knights of the Order took possession of the island and settled in Valletta, abandoning Mdina, which came to be known as the "Silent City". In 1693, an earthquake destroyed most of its buildings and a French architect, Charles de Mondion, was tasked with rebuilding it. Sumptuous Baroque palaces sprung up, not least the one where the Xara Palace is nestled.

In the heart of Mdina, the Relais & Châteaux-affiliated boutique hotel Xara Palace flourishes within the thick walls of a 17C palazzo. Embedded in the city walls, it comprises delightful courtyards and patios, as well as cosy guestrooms, all decorated with antique furniture and works of art. In the adjoining old bastion, the De Mondion restaurant offers a hushed and elegant setting and, most notably, a fabulous terrace overlooking Malta's eastern plain. 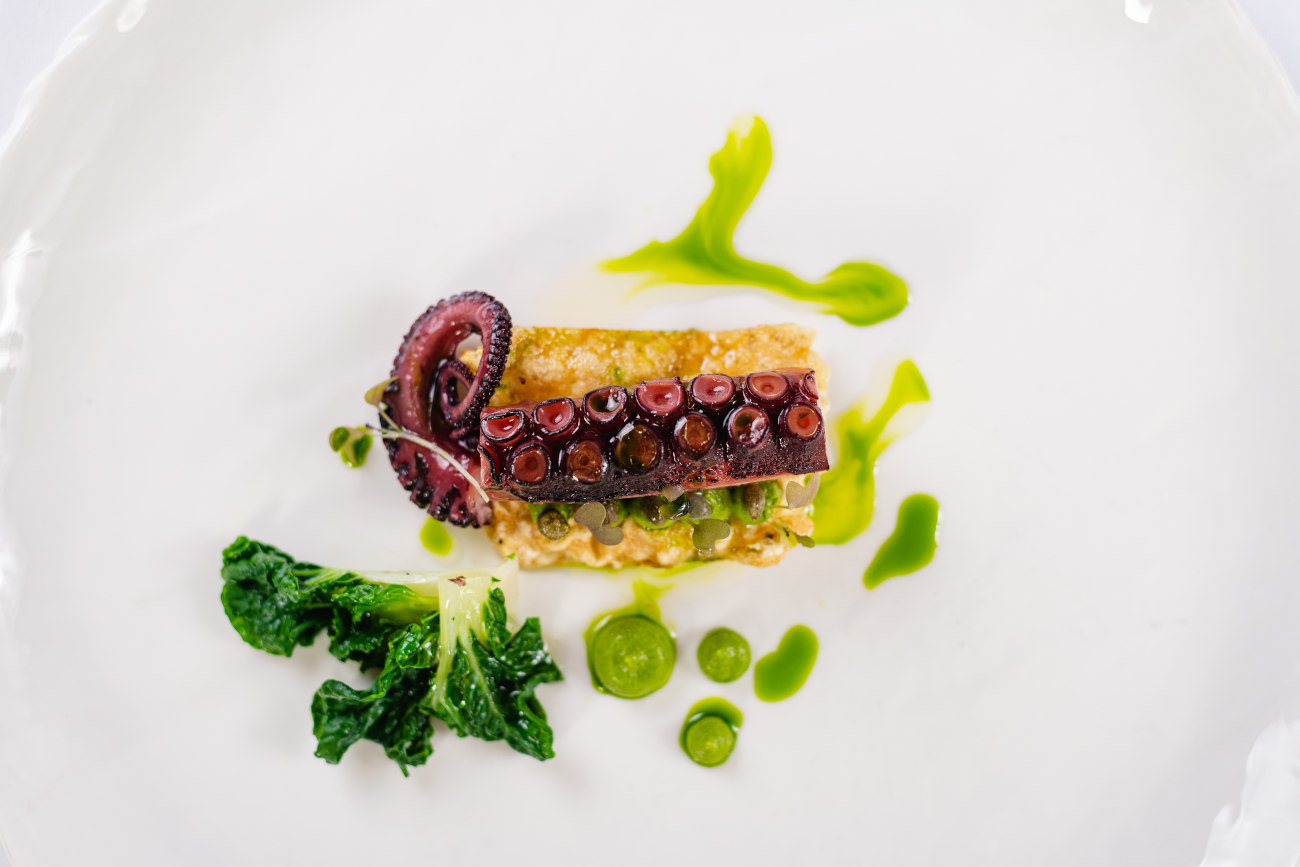 Kevin Bonello, Head Chef of De Mondion, is proud to have worked for the establishment for 19 years. He started cooking as a child, thanks to his mother. When his father found him a summer job in a restaurant, it was a revelation:

"I'm the eldest of three boys and a girl. I was 16 when I decided I wanted to try working as a professional chef. Before that, I was dreaming more of a career as an engineer or airline pilot. The first opportunity came in Rabat, in a restaurant. A three-month experience that enlightened me."

He enrolled at Malta's hotel management school and began to learn about haute cuisine. After an internship in London in a luxury hotel, he set off on a European tour that lasted nearly three years and during which he worked with a number of Michelin-starred chefs, including Éric Frechon at Le Bristol and Gordon Ramsay at Aubergine. After these different experiences, he returned to his island determined to breathe new life into the local gastronomy scene. 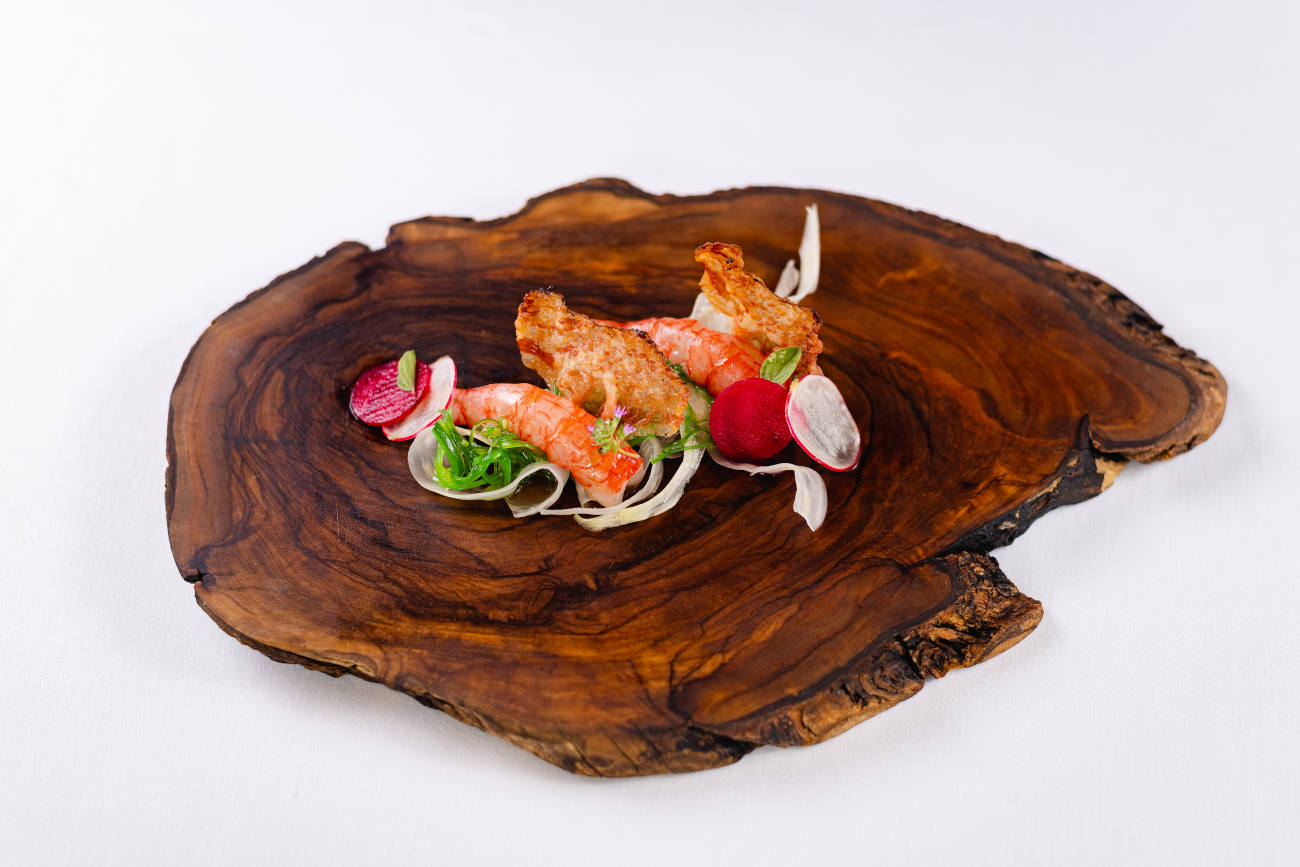 Kevin Bonello designed the menu of De Mondion with a wide selection of local produce and a respect for seasonality. His dishes evolve naturally according to what the markets and harvest have to offer.

"I showcase local produce. For example, on the menu I have snails from Mtahleb, which I try to refine and enhance. Why would I work only with foie gras when I can rely on unexpected local resources ?"

The snail stew, inspired by his mother's recipe, is therefore served with a poached egg and a piece of dried pork skin. The chef likes to work with loal fish, especially rock fish, sardines or sea bream, but also red prawns, tasty morsels that he serves raw and accompanied by guanciale, an italian bacon. His cuisine, while resolutely Mediterranean, is thereby enriched with interesting local colour, giving rise to its originality: "Malta doesn't have an infinite supply of produce, but I find enough to assuage my creativity and satisfy my customers."

The two set menus – one with four courses and one with six – offer a comprehensive overview of his art and the opportunity to sample, for instance, his saffron risotto with prawns, lamb served on flavoursome ratatouille with goat's cheese, suckling pig with dried figs and a mustard jus, or the famous rabbit loin, the star ingredient of the local cuisine : "Rabbit is a classic. Originally, rabbits had to be hunted to prevent them from eating the vegetables in the fields. Over time, it has risen to the status of national dish".

The end of the meal is an opportunity to taste the artisanal cheeses of the Maltese archipelago: ricotta, pecorino (usually between nine and 12 months old) and small, slightly spicy goat's cheeses are accompanied by rustic bread, honey or local olive oil. To finish on a sweet note, the kannol, with its buttery aroma, magnificently shows off the island's peaches.

De Mondion has an extensive wine list of over 500 different selections, both local and international. The sommelier, Nico Caruana, has chosen around 20 Maltese white wines and 35 red wines in order to introduce you to a wine-growing area that is unjustly overlooked. His ambition ? To encourage diners to discover new wines to accompany – and enhance – the chef's dishes. He also thinks up more unusual pairings, namely involving beers or cocktails.

Dining at De Mondion makes for an experience as delicious as it is fascinating. With a responsible approach, Kevin Bonello highlights the local bounty, paying a fine tribute to Maltese heritage and terroir.

Click here to see all restaurants listed in the MICHELIN Guide Malta.

Recipe Michelin at Home chef
All articles of Features