Throughout its history, coffee culture has been riding a wave—four of them, in fact. Describing the constant ebb and flow of the industry, these four waves give insight to how the caffeinated beverage we hold near and dear has evolved. Ask anyone who dabbles in coffee to explain it and the floodgates will surely open up. 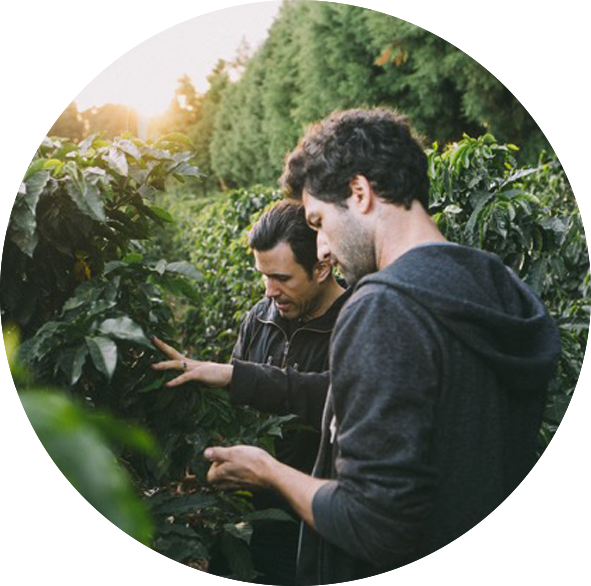 “The first wave is basically your average cuppa joe—no particular roast or flavor profile, nothing special or interesting or cool,” says Nick Moers of Devoción Coffee in Brooklyn, New York. “We didn’t think about where our coffee came from or who we were buying it from.” Big brands like Folgers and Maxwell House made instant coffee extremely convenient for purchase by mass production. As time went on, coffee drinks like espresso and the latte were gaining in popularity, and people wanted to know about coffee’s origin and different roast styles.
Then, a major transition happened in the 1970s with the birth of Starbucks, a key player of wave two. “They knew the American population drank coffee, and then figured out how to capitalize on it,” adds Moers. Knowing how to market, Starbucks grew rapidly, opening over 3,000 locations by 2000. And the smaller guys offer them many thanks.

“Without them, we don’t exist as an industry,” says Paul Schlader, co-owner of NYC-based Birch Coffee. “I think they very much set the table for us.” Schlader, along with colleague Jeremy Lyman, opened Birch in Manhattan’s Flatiron District in 2009. Birch has gained a cult following for their wildly-addictive cold brew, something Starbucks started offering up in their stores just last year.

Other small but mighty independent coffee companies like Intelligentsia, Stumptown and Counter Culture—whom Moers believes to be the forerunners of the third wave—started taking shape. “They have amazing products, focusing on the producers and then expanding further to the bean itself,” notes Moers. It’s this type of knowledge that gives baristas like Moers a great passion for their industry. At Devoción, Moers has a deep understanding of where his beans are sourced throughout Colombia, the only country from which the company sources.

SEE MORE: 7 Types of Coffee from Around the World
Advertisement 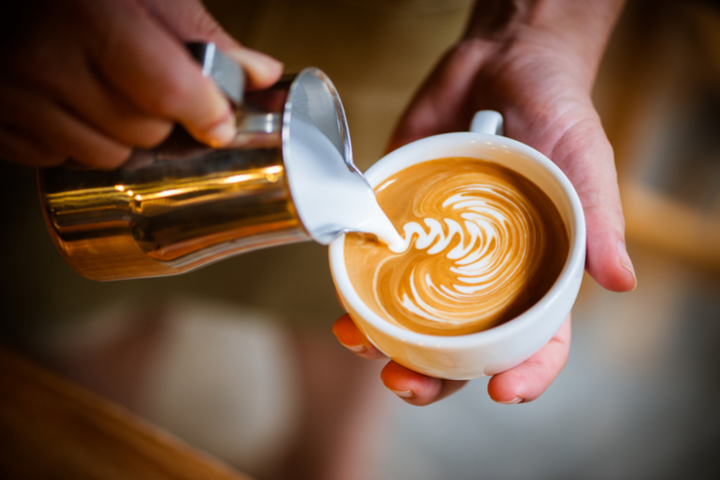 And like wine, there are several important variables to take into consideration when sourcing: bean variety, terroir, aroma, flavor and texture, to name a few. “You start to see a great sense of care and consideration, getting as granular as you can with importers and trying to make direct deals with producers, or having your importers or exporters handle the logistics for you,” adds Schlader. “And you started to see a focus on very high-level coffee, like Geisha. A lot of farmers and families in Panama and Costa Rica were paying exorbitant amounts of money to grow signature coffees. Now we’re at a place where we see these farmers going under because they’ve invested so many resources into these coffees that aren’t sustainable in the long-term.”

Sustainability is a huge pinnacle that has brought us to the elusive fourth wave the industry is currently riding. “What I’m seeing now and the conversations that I’m apart of is climate change and how it’s impacting farmers. We need to be hyper-focused and we need to collectively understand its impact—how it’s impacting growing and what it means for our resources and long-term purchasing. In order for us to exist, we need to look at different strains of coffee that are resistant to climate change. A lot research on this is going on right now, but these things take years and years of work to build studies on. This needs to be a part of the conversation. As an industry, this is what we need to be focused on.”

Fancy a cuppa during your next trip to Singapore? Get your caffeine fix at these five cold brew coffee places.

Hand-brewed coffee is fun, so here we introduce five brewing tools of different usage difficulty and investment costs to let you into the world of hand-brewing.

Let The Coffee Academics founder Jennifer Liu show you how to taste-test a cup of coffee professionally.

Why Coffee And Wine Are More Similar Than You Think

One is usually enjoyed in the day, and the other at night, but there are more similarities between coffee and wine than you think.

Technique Thursdays: Why Cold Brew Coffee Is Worth The Wait

Skip the crowds and sip on a chilled cuppa joe in the comfort of your home on a sunny morning.

Ordering Coffee In Italy: The Hidden Rules No One Told You About

The birthplace of coffee culture has an unspoken protocol.