Autumn might be the season to cosy up, but the city’s booming restaurant scene shows no signs of slowing down, keeping us warm and toasty with hot new openings and seasonal menus to “fall” for. The latest openings will take you inside everything from Hong Kong’s largest art museum to date to one of the best sushi restaurants from Ginza. Here are the latest ventures from the brains behind MICHELIN restaurants. 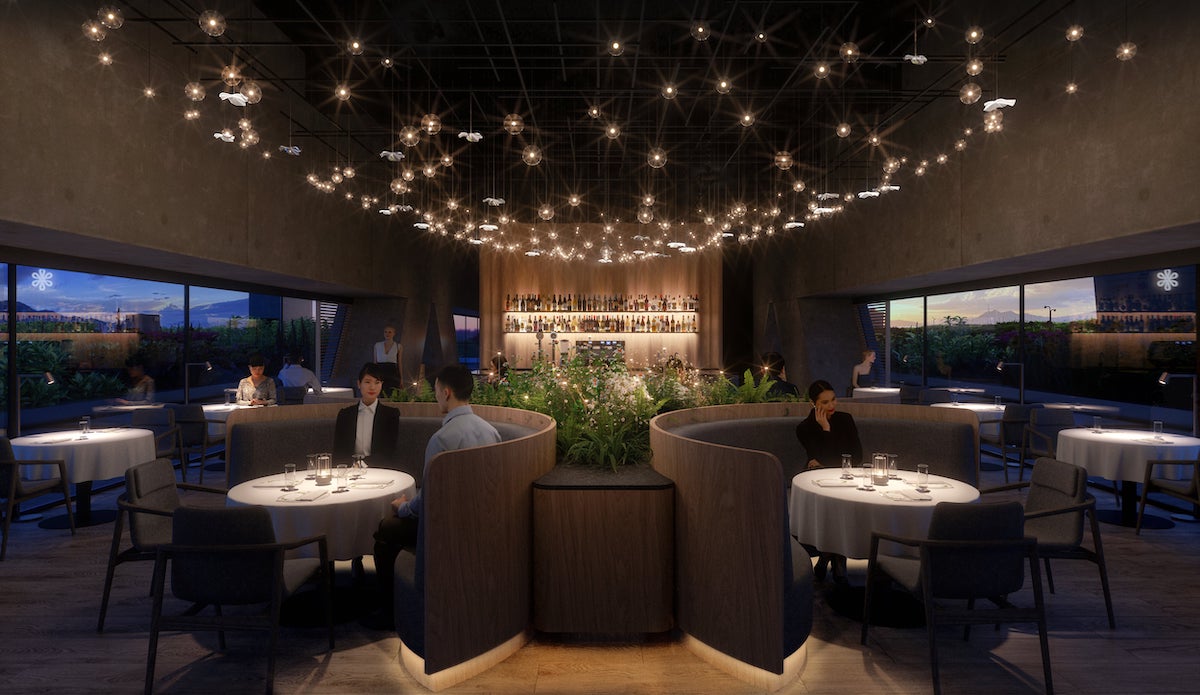 Though Hong Kong’s borders to the world look set to remain in place until next year, local diners looking to travel vicariously through their taste buds can look forward to the opening of Mosu Hong Kong in early 2022.

Set in the newly unveiled M+ museum, the Hong Kong sister outlet to two-MICHELIN-starred Mosu Seoul will open in early 2022 as part of the Lai Sun Dining group stable of restaurants. It will feature Korea-born chef Sung Ahn’s personal take on contemporary Asian cuisine, built upon his life experiences such as growing up in the US and working in three-MICHELIN-starred restaurants such as The French Laundry  and Benu before returning to Korea. Ahn opened his first restaurant in San Francisco in 2015, which earned a MICHELIN star, and moved to Seoul in 2017, where he gained two MICHELIN stars for Mosu Seoul.

Besides the seafood focus Mosu is known for, the restaurant will also retain "the strong originality and authenticity of Mosu. If it doesn’t have these, I would not have called it Mosu Hong Kong,” chef Ahn told MICHELIN at the restaurant’s official announcement ceremony at M+ on October 28.

In a nod to the restaurant’s location directly under M+’s iconic LED-powered facade and amid the museum’s verdant rooftop garden, the restaurant designed by LAAB architects will reflect a "digital nature” theme through the use of raw, natural materials juxtaposed against an advanced digital lighting system that will animate the dining room with a play of light and shadows.

Together with Mosu Hong Kong, the Lai Sun Dining group will also open ADD+, a 10,000-sq ft casual all-day dining restaurant on the ground floor of the museum in early 2022. 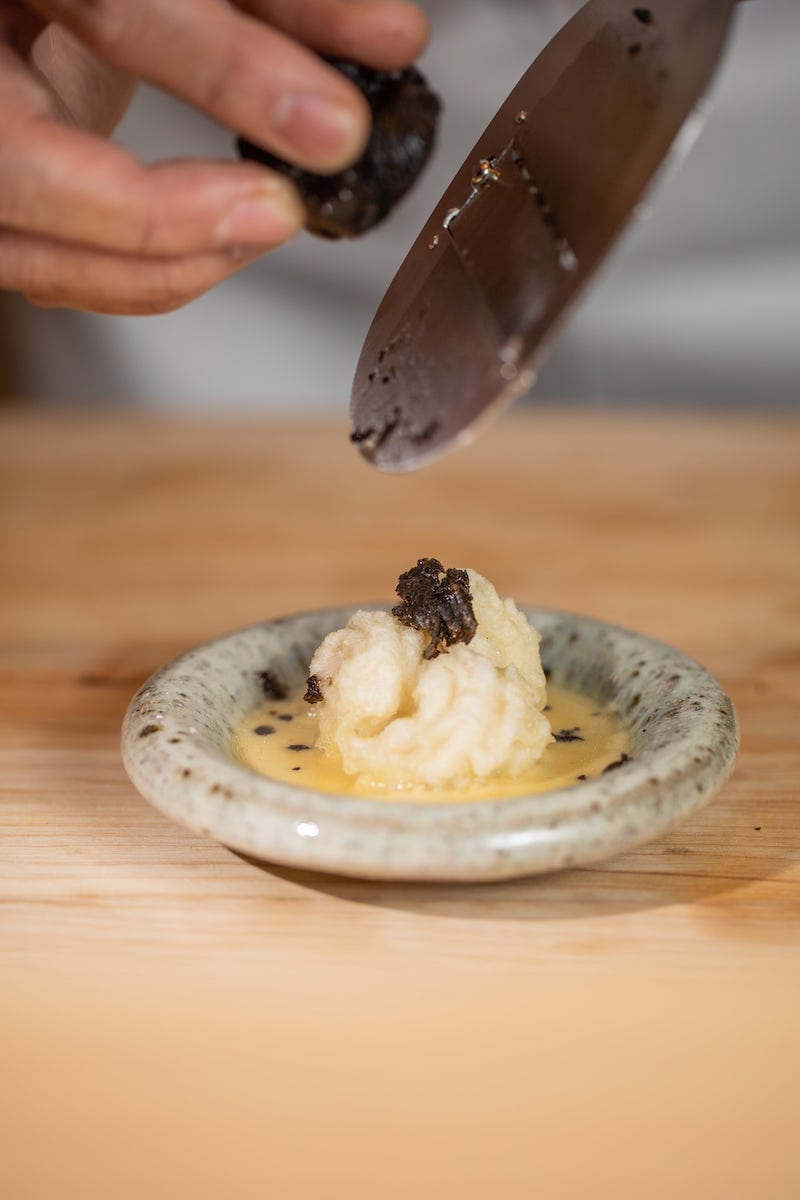 Iwa, who previously spent over a decade training at Ginza’s best sushi restaurants, including two-MICHELIN-starred Sushi Kanesaka, opened his own restaurant, Ginza Iwa, in 2012, which was promptly bestowed with a MICHELIN star in the same year.

The Hong Kong outpost is overseen by chef Iwa’s protégé Tsukasa Kaneko, who is hands-on in presenting Iwa’s signature omakase experience with edomae-style sushi—using the freshest ingredients air-freighted daily—such as the fermented Oo-toro and monkfish liver, along with a selection of creative dishes like shirako tempura in white wine sauce topped with black truffles. 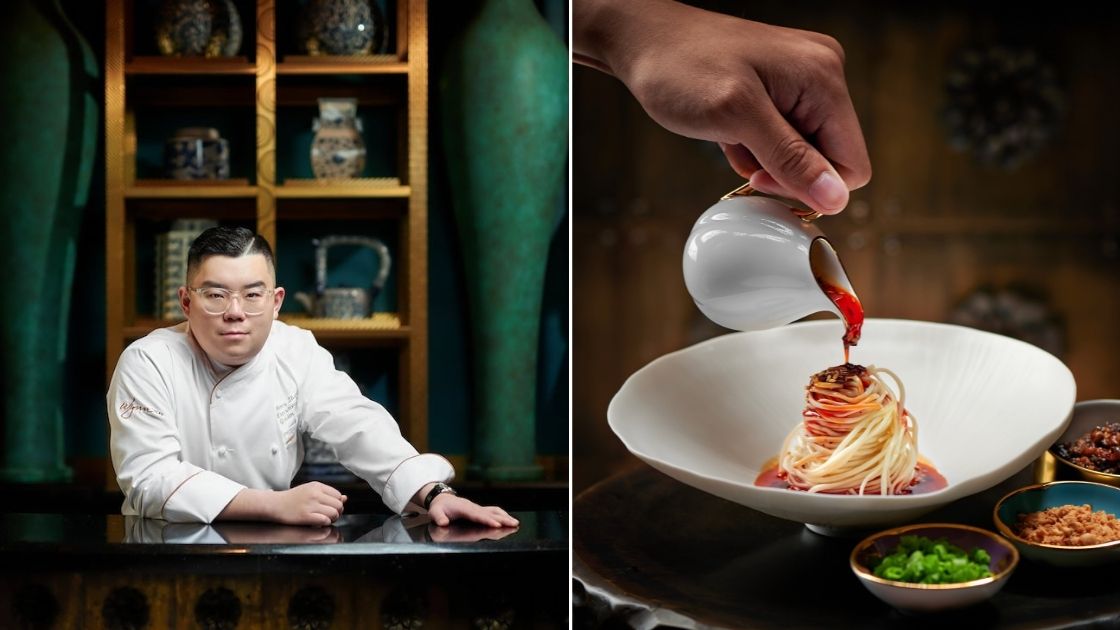 Wynn Macau’s two-MICHELIN-starred Golden Flower has appointed Zhang Zhi Cheng, one of the hottest up and coming young chefs in China, the executive chef of the restaurant.

Having grown up in Beijing, chef Zhang started cooking from the age of six and was invited to lead a kitchen at a Chinese restaurant when he was 19. In 2017, he was given the opportunity to open a private kitchen within an ancient hutong, where he developed his personal interpretation of regional cuisines.

By focusing on simplicity, chef Zhang creates unexpected flavours that reflect the potential of original ingredients and honour the Chinese culinary traditions. Some of his signature dishes are steeped in Cantonese and Sichuan influences, such as braised fish maw and Sichuan noodles with chili oil. 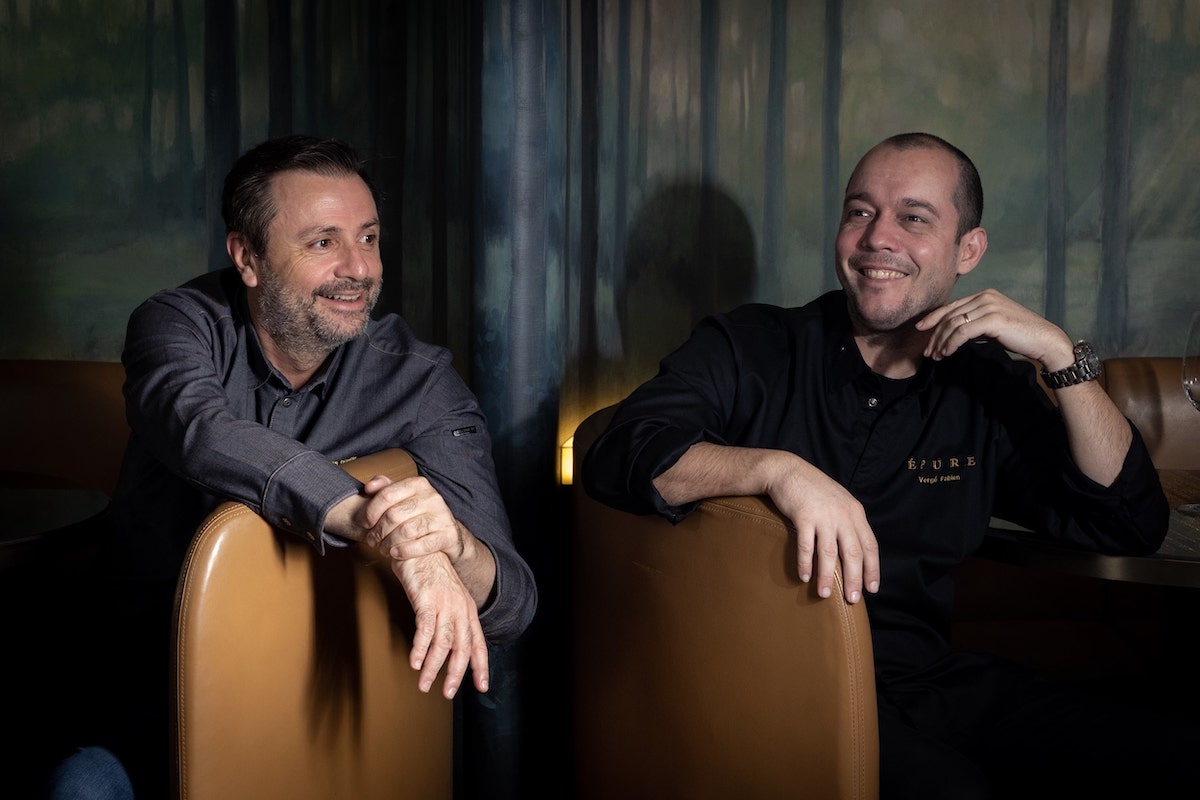 French chef Fabian Vergé joins Épure as the new chef de cuisine, who brings a wealth of experience from his multi-cultural background and French heritage to the one-MICHELIN-starred restaurant.

Raised in the Ivory Coast of Africa, chef Vergé moved to Toulouse at the age of 17 and subsequently graduated from a culinary school in Lyon. He honed his skills in Italy before moving on to work alongside chef Yannick Alléno at Le Meurice.

Inspired by his travels, chef Vergé melds Basque, Catalan and other world influences into French gastronomy. The result is a personal take on French fine dining that consists of three elements: "Essentiel”, which respects the natural qualities of the ingredients; "Voyager”, which captures the inspiration behind his globally-inspired creations; and "Partage”, which reflects the beauty of sharing food and connecting with family at the table.

At the age of 25, chef Vergé opened La Cocotte in Taipei, which earned a MICHELIN Star in the MICHELIN Guide Taipei 2018. At Épure, his cuisine fuses French finesse with creativity, serving signature dishes such as a refreshing appetiser made with pickled orange, Spanish vinegar, and a carrot and orange emulsion; a roasted pigeon served with seasonal figs; and a golden kiwi sorbet as part of the seasonal menu.

RELATED: What Ignites Me: Nicolas Boutin of Epure 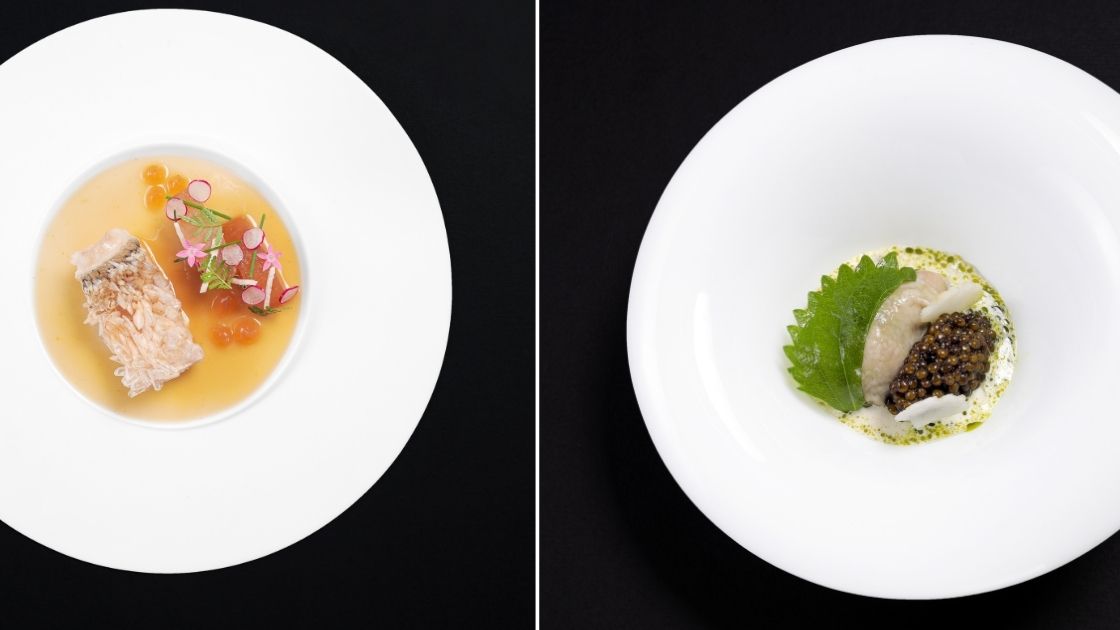 For a limited time only, Ando will offer a special menu exclusively showcasing homegrown and fresh ingredients from both land and sea in the Fukuoka Prefecture.

Staying true to Ando’s DNA, the menu will feature the restaurant’s signature dishes but with a Fukuoka spin: "Departure,” which usually features five kinds of raw fish sourced from all over Japan will be replaced with raw fish from the sea of Fukuoka, chosen by the local fishermen for the occasion; "Sin Lola”, a caldoso rice dish inspired by chef Agustin Balbi’s grandmother will still impart the same comforting taste with ingredients exclusively grown in Fukuoka.

Highlight dishes include Ebisu single seed oyster with shiso and green apple, clams with shiitake mushroom and pearl onions in an umami broth, amadai served with turnip and umeboshi sauce, and wagyu with maitake ginkgo nuts and miso. The special menu will be rounded off with a delightful dessert made with seasonal amaou strawberry—a special type of strawberry native to the Fukuoka prefecture.

"Japan is without a doubt a big and important part of my story as a chef and as a result of the DNA of Ando as well. As a non-Japanese, it’s a huge achievement to be recognised and approved by the Fukuoka government to showcase their beautiful ingredients,” says chef Balbi.

RELATED: First Day We Got Our Stars: Agustin Balbi of Ando 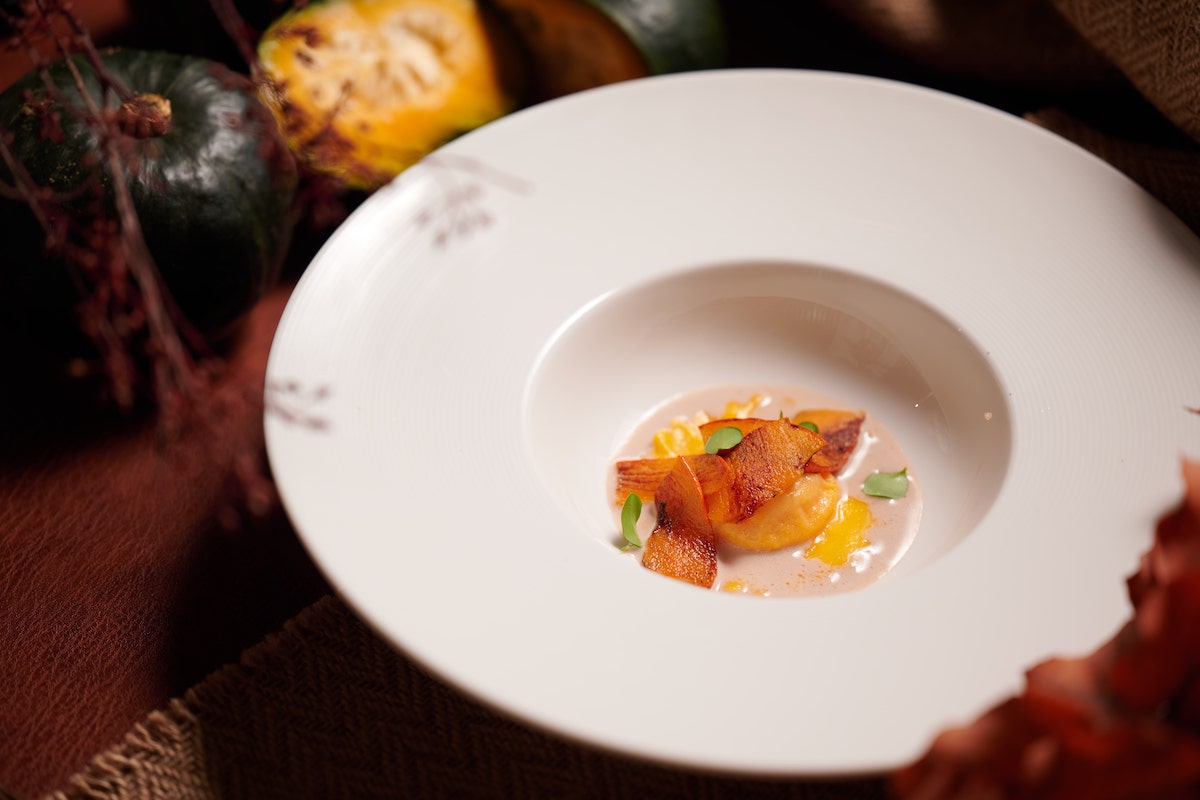 Just in time for the colder weather, Beefbar has launched a five-course autumn tasting menu inspired by the cosy and hearty flavours of the season.

Guests are invited to enjoy dishes bursting with seasonal flavours such as the egg yolk ravioli, where a runny egg yolk is encapsulated in a homemade ravioli and topped with thin slices of sweet pumpkin; the full blood Australian wagyu rib-eye, which is served with radicchio to add crunchiness and candied orange to give a sweet and sour kick to the steak.

Feeling peckish? Choose from a selection of delicious side dishes, including the restaurant’s signature comté cheese mashed potato and jalapeno chili mash potato, or lighter options like grilled vegetables and baby carrots. 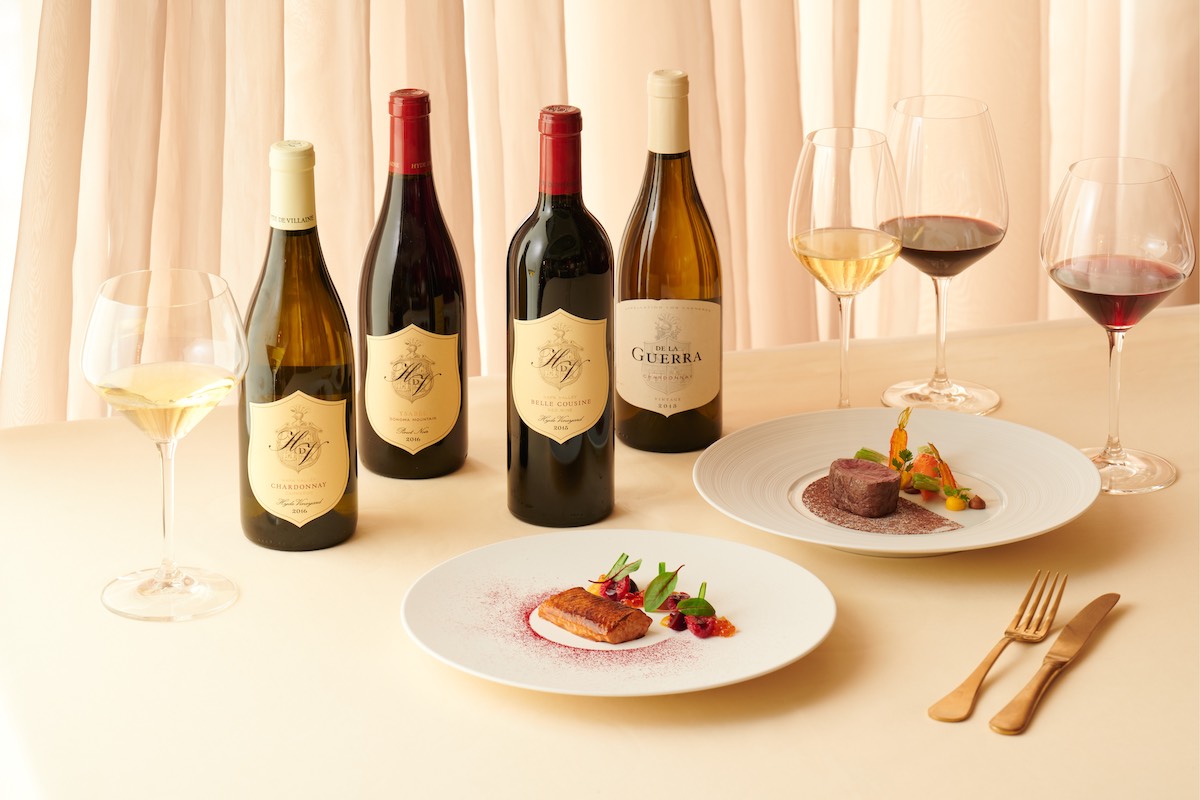 “A Festival of Wine by Shangri-La” is back

Following the success of last year’s debut, "A Festival of Wine by Shangri-La” returns with an exciting line-up of exclusive wine dinners and lunches, tasting experiences and sabrage activities, taking place on November 22-27.

Curated by Shangri-La’s master sommelier, Yohann Jousselin, the six-day event will feature over 160 labels of exquisite wines and champagnes, from old world to new world to rare vintages, across dining venues at Island Shangri-La, Kowloon Shangri-La and Kerry Hotel.

One-MICHELIN-starred Petrus will be opening the festival with a Hyde de Villaine wine dinner and closing with a "Master Sommeliers Dinner,” where each course will be paired with two wines from classic wine regions in California and France. Petrus will also be the designated vene for a special "7th Anniversary Iconic Wine Dinner,” where rare aged wines will be paired with a one-night-only menu curated by executive chef Uwe Opocensky.

Learn more about "A Festival of Wine by Shangri-La”