Seven months into the release of the first edition of the Michelin Guide Seoul, there are still burning questions about the little red book and the people behind it – the famously anonymous Michelin inspectors. Who are they? How does one become a Michelin inspector and what are some of the qualities one must possess in order to become one? How does the inspection process actually work? What are their thoughts on eating for a living? An anonymous inspector based in Seoul addresses those questions in the following interview. 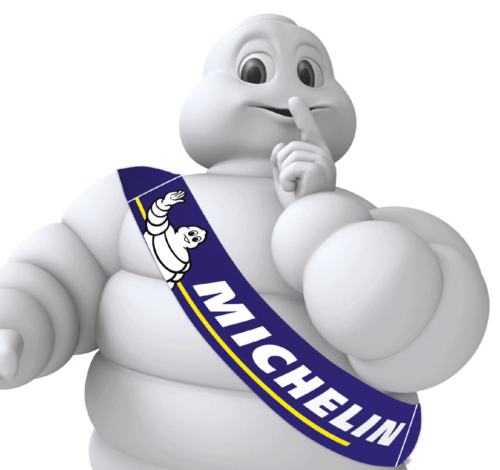 As an inspector, how do you feel about the release of the first edition of the Michelin Guide Seoul?

It feels like we have collectively given birth to a child. I am happy that it’s finally out. The feedback has been mostly positive and even the not-so-positive feedbacks have been mostly constructive criticisms. I also realized just how much people had been waiting for the release of the Seoul guide. All in all, it feels great to see how far the Korean dining and hospitality industry have come over the years.

What was it like preparing for the first edition?

The challenging part was setting up and implementing the inspection system. Also, there were so many rumors and misinformation about the guide even before its release which was frustrating.

What kind of rumors and misinformation did you hear?

I was listening to the radio one day and a well-known TV chef was talking about the Seoul guide on the day of its release. She told the listeners that the fork and knife pictogram was Michelin’s rating system for the quality of food. Wrong. The “Couverts” rate the service, atmosphere and comfort of an establishment.

Any memorable anecdotes you wish to share with the readers?

I was once at a restaurant with a colleague. Anonymous inspections are the norm, but in some rare cases, there are exceptions where an inspector identifies oneself for the purpose of retrieving information about the restaurant. That day, I sat with the proprietor of the restaurant and asked a few questions about the restaurant. After the short interview, I was preparing to make myself out the door when he asked me if he could take a photo with me to hang on the wall. I politely but firmly said that would not be possible, but he was quite insistent before he finally gave up.

Tell us about the restaurant selection process.

Everything begins with a thorough research of the restaurants and the dining out industry: the trends, the buzz, the news, industry information. Then, we compile a list of restaurants to visit. Only some of them will make the final selection. The list is then categorized by district, neighborhood and food type. Once the list has been sorted out, we make the anonymous visits, taste the food and repeat the process if need be before the final selection.

How many times do you visit each establishment?

We visit until we are absolutely sure of our assessment.

How many inspectors need to be in agreement in order for an establishment to be selected?

It is a collective decision process. As for the Michelin stars, we have the annual “star meetings” where the inspectors engage in serious discussions before reaching a unanimous decision.

What happens when inspectors disagree with one another?

Then, more inspectors are brought in to offer their input and we go with the majority decision. New visits may be organized if needed.

One of the things people are most curious about is Michelin’s evaluation standard.

The most important thing is what is on the plate. Does the food taste good? Many say taste is subjective and it can be. It isn’t easy assessing how food tastes in an objective manner. That is why Michelin has a detailed assessment criteria which becomes the foundation for the inspectors’ evaluations. Some of the key criteria include the freshness of ingredients, technical mastery, balance between dishes, balance of flavors, taste and texture, and consistency.

Many people think that service, atmosphere and comfort count towards getting a Michelin star. Those elements do matter, but they are represented by the Couverts. When it comes to stars, it’s all about the food. Take Hong Kong Soya Sauce Chicken Rice & Noodle for example. The hawker center food stall in Singapore received a Michelin star, not for its service, because it is non-existent, but purely for its food. 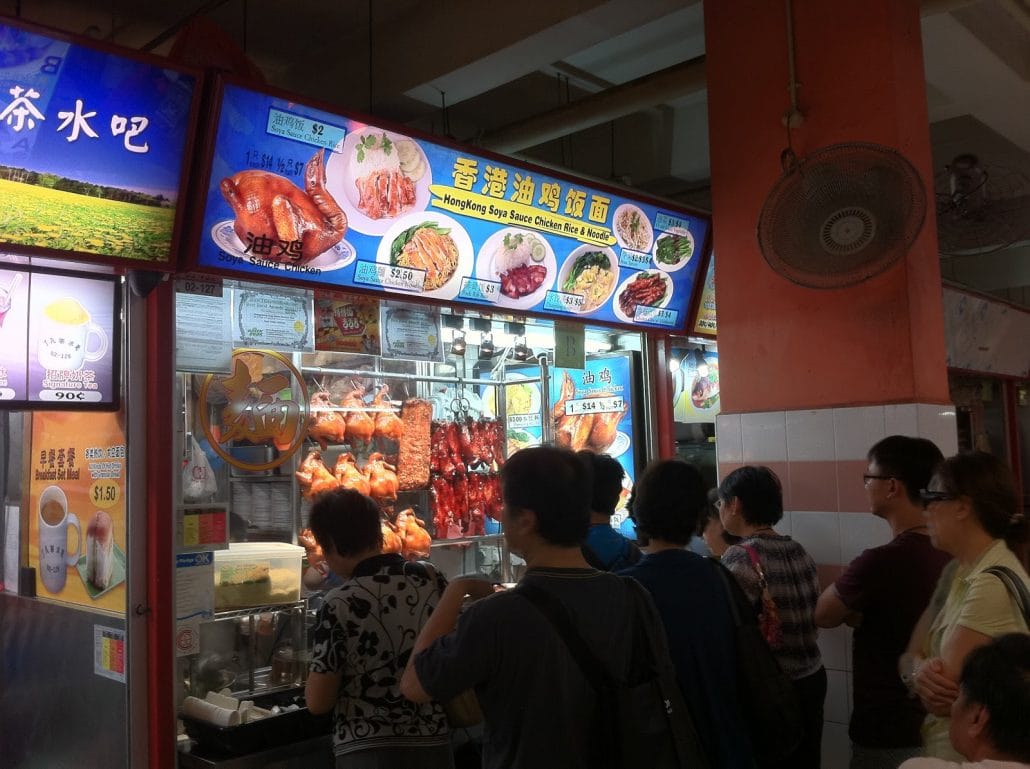 Michelin’s star evaluation system is the same all over the world. Assessments are made based on the five criteria: quality of the products, mastery of flavor and cooking techniques, the personality of the chef in his cuisine, value for money and consistency between visits.

Let’s talk about the anonymity of the Michelin inspectors. You mentioned earlier that there may be exceptions in which inspectors may identify themselves to the restaurant.

All inspectors’ meals as well as overnight stays in hotels are carried out in an anonymous manner. All invoices are paid. After that it is possible that the inspector decides to deepen the investigation by officially presenting himself in order to meet the owner, the chef or the manager to visit the kitchens or the different types of rooms to get a better idea on the quality of the products, the respect of the hygiene or the comfort of the hotel or the restaurant visited. 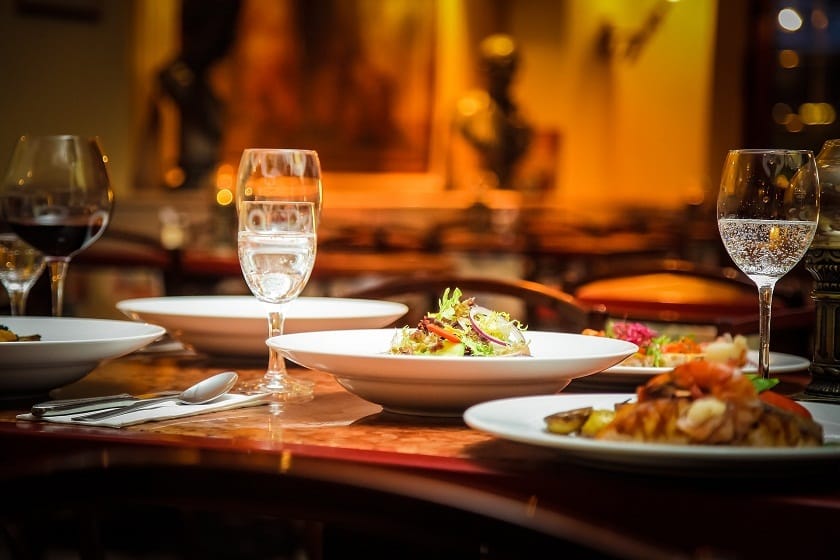 What is the most challenging part about being a Michelin inspector?

Eating. People may roll their eyes when I say this, but when eating becomes a profession, it can be stressful. Don’t get me wrong; I love my job. But, when you have to analyze every element on a plate and observe everything that is going on around you with a high level of discretion, eating becomes more than just an enjoyable experience.

What are the prerequisites to become a Michelin inspector?

One has to have a degree in hospitality and at least 10 years of experience in the restaurant or the food & beverage industry. Experience as a chef or as a sommelier in a Michelin star restaurant counts as well. But above all, one has to have passion for food and the industry.

What do inspectors talk about when they get together?

We talk about food. Shocking!

Have you always enjoyed eating?

Always. I love learning and cooking at home. I also love wine and champagne. I’ve been exposed to different cultures through my travels and have eaten a fair share along the way.

What is something you ate recently that blew you away?

Pho. It tasted exactly like the pho I had in Hanoi. Vietnam has a vertically elongated shape so that the climate of the north, the south and the central regions are different from one another. Winters can get quite chilly up north. Pho from the north, the south and the central regions have different characteristics that set them apart. The pho that Koreans are familiar with is the Ho Chi Minh style from the south, served with additional garnishes such as extra herbs, mung bean sprouts, onions, hoisin sauce and hot sauce. Hanoi style pretty much has all the fresh green components–especially green onions–chopped and already thrown into the bowl of soup before being served and comes with a side of fish sauce, vinegar and chili sauce. The beef broth from the north is much richer and less sweet.

As someone who is well-traveled and well-versed in world cuisine, how would you assess Korean cuisine?

I once heard a chef say that flavor is almost always universal and that if I find something tasty, the others will most likely enjoy it, too. Many people have been and are still talking about the globalization of Korean cuisine. I think the flavors of Korean food has always been ready for the world. It is good as it is and it can rival any other cuisine out there.

Who are the target readers of the Michelin Guide?

The Michelin Guide is made for both the locals and the foreigners. I’ve heard many people say that the guide predominantly aims to introduce local restaurants to foreign tourists, but that is not true. If foreign visitors were the key target readers, we would not have included places that specialize in, say, pollock soup and raw soy sauce marinated crab. Michelin Guide Korea focuses on the foods most loved by Koreans because they are a true reflection of authenticity and because it is authentic, the foreigners would naturally become curious and try. The ultimate goal of the Michelin Guide Seoul is to introduce Korean gastronomy all over the world.

What is your favorite Korean food?