They say the easiest way to one’s heart and mind is through the stomach. Food is, in fact, one of the oldest tools used in diplomacy, practiced at many levels, all around the world. For instance, when the president hosts a state dinner, the meal both serves as a reflection of the country’s hospitality and gastronomy as well as a tribute to the visiting head of state. The same goes for large-scale international events such as the Olympics, during which hundreds of thousands from around the world flock to the host country for extended periods of time. Every single one of them will need to be fed, several times a day, daily.

The 2018 Winter Olympics is exactly 365 days away. Set to take place in Pyeongchang County, located in the picturesque Taebaek Mountains region east of South Korea, the event will draw some 3,000 athletes from 95 countries who will compete in 15 disciplines over the course of 17 days. It will be South Korea’s second time hosting the Olympic Games after the 1988 Summer Olympics in Seoul. 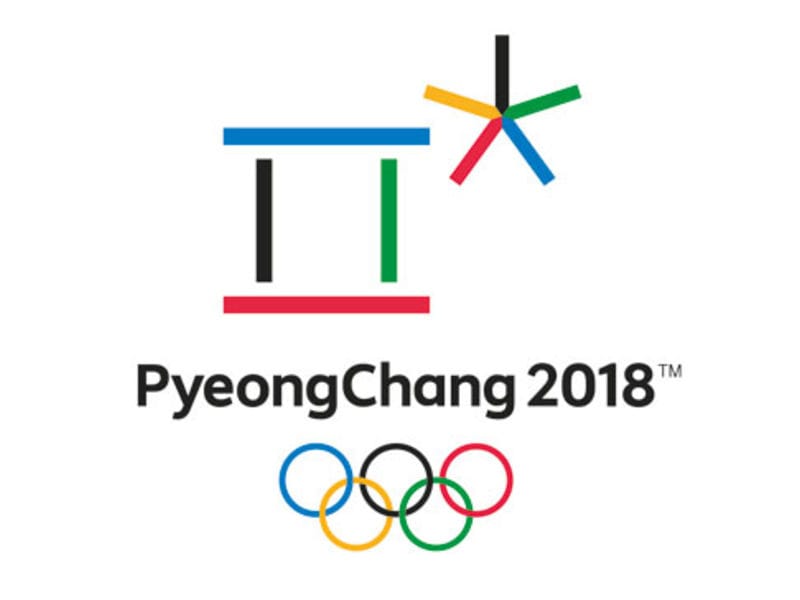 Preparations are well under way across all sectors, including one that often doesn’t get as much recognition as it deserves: the food and beverage sector. Who will it fall upon to feed not only the 3,000 athletes but also the accompanying 40,000 Olympic personnel throughout the 17-day period?

It has been confirmed that one of them will be Mosimann’s, a high-end catering and hospitality company based in London who are no strangers to the Olympics. Mosimann’s was there in Beijing 2008, Vancouver 2010, London 2012, Sochi 2014 and, most recently, in Rio de Janeiro in 2016.

The company was founded by Swiss-born chef Anton Mosimann OBE, who has enjoyed an illustrious career spanning five decades. For thirteen years, the chef helmed the restaurant at London’s historic Dorchester Hotel, during which time it achieved a rating of two stars in the Michelin Guide. After leaving the Dorchester, he created a private dining club in London’s Belgravia as well as a cookery school and a large-scale food provision company, all under the family name Mosimann’s, whose day-to-day operations and management are overseen by his two sons Philipp and Mark, themselves veterans of the hospitality industry.

Holder of the Royal Warrant by Appointment to HRH The Prince of Wales for Catering Services since 2000, Mosimann’s catered at the evening reception of the wedding of Prince William and Catherine Middleton at the Buckingham Palace in 2011 as well as at the sit-down lunch for some 700 for the Queen’s Diamond Jubilee celebrations in 2012.

The upcoming Pyeongchang Winter Olympics will be another mammoth catering operation for Philipp Mosimann. Planning began in earnest in the second half of 2016 and has occupied most of the elder Mosimann brother’s waking hours since.

The logistical challenges are mind-boggling, from hiring competent staff to finding off-site prep and storage space to getting the kitchens in the different venues up to speed. However, he is confident that all will go smoothly, backed by the support of his expert staff and the company’s know-how.

During his latest visit to Seoul, he sat down with us to offer a glimpse at the hyper-intense yet exciting world of Olympic catering and hospitality. 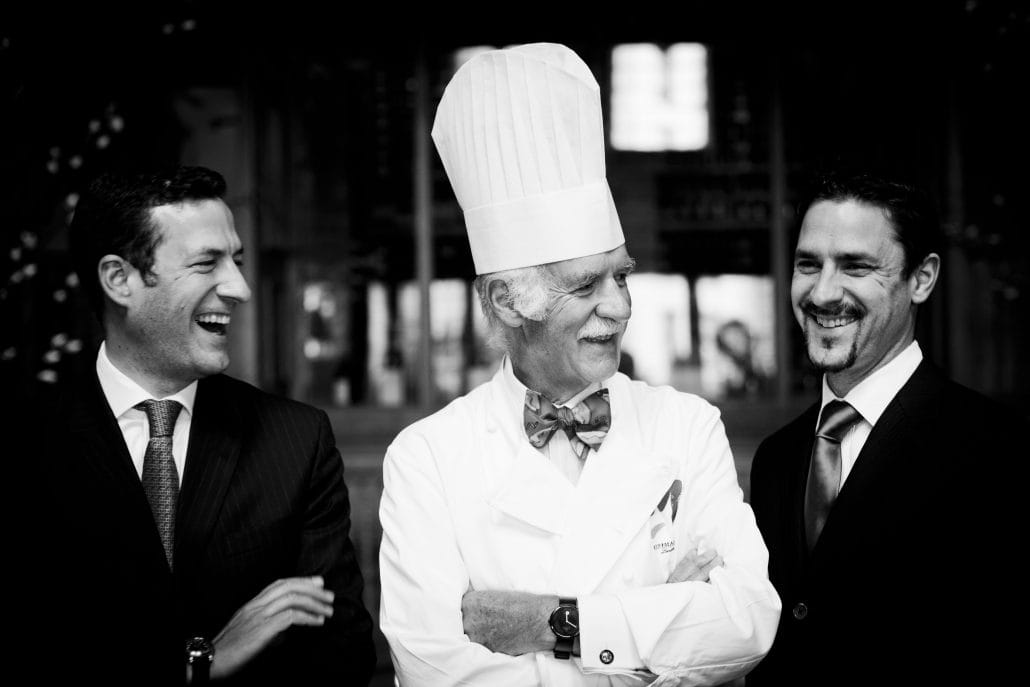 What will you be doing at the Pyeongchang Olympics?

Can you tell us which national house Mosimann’s will be catering to?

It will all be confirmed in the next couple of months. Some of the pavilions are still looking for space and when they do, that will send the next chain of events going. We are in talks with some of the countries we have catered to before with whom we share close ties with. We are discussing the size, the potential venues and areas for their respective pavilions. Their programs are normally big enough to warrant them to have a fixed venue, and catering becomes pretty important for them to represent their food.

This will be your sixth time catering at the Olympics.

And yet I still have hair (laughs)!

I personally have a passion for food culture and for events like the Olympics, it’s important to understand what that culture’s palate enjoys. At the same time, we have to figure out what kind of things our clients will enjoy from the local food culture. We try to implement a bit of both in every house that we cater to because we find it important to represent the city and the country the Olympics is held at.

We do a lot of research to find out what the special local produce are and discover the maybe not-so-well-known as well as the hidden secrets and treasures found within the cuisine that will make the host country look good and vice versa. For instance, Korean guests coming into these international houses will get an authentic experience of what is represented by the different participating countries, food-wise, that will make the national houses represented also look good.

Will you be feeding the athletes as well?

The athletes are in the athletes’ village and they have their own daily diets made to specification. But after their events, they come to the national houses to dine. They’ve won the medals and it’s time for a celebration. Many of the organizing committees who aren’t necessarily in the athletes’ compound but support them will dine at the pavilions.

Are there different types of concepts for food at these national houses?

How many typically travel with you for the Olympics?

When we started with the Beijing Olympics in 2008, we were 30 international management. Most of them have been through the school of Mosimann’s. Some may now be in different countries around the world, but when we call and say “It’s the Olympics,” they drop everything and come. Everybody loves the games. I’ve seen the qualitative aspect of cuisine increase at the Olympics over the years. There really is a huge need which I think often goes underestimated.

The Olympics is very intense. Everyone is always hungry and they want food close by; they don’t want to travel far to be fed. They want to eat there and then. So that’s why people like us come with the whole package and the staff to support their needs.

In Sochi, we had 88 staff members. In Rio, the number smaller and the staff more local; there were 40 in total. Our aim is to work closely with the local culture because, ultimately, it’s us being teachers and students at the same time.

But the Olympics is here to also give something back–a legacy–and that’s what we like. We have a different work ethic approach but we are very respectful of the local work ethic – in awe to be honest. We will probably take half of Korea back to the U.K. so they can show us how it’s done.

I imagine there are many challenges to organizing an event of this scale. What would you count among your top challenges?

One of the pavilions we took over at the Sochi Winter Games asked us for help to do their catering and it was a sizeable house. We had to cater to 500 guests a day for a 17-day period. When I walked in to see the pavilion, situated in a fantastic location in a coastal area, there was no kitchen, no staff and no equipment. I said, “Where is everything?” And they said, “That’s why you’re here.” And that was three and a half weeks out. We had six other projects on hand and this would’ve been the seventh. I wasn’t sleeping very much–you don’t—as there is a lot to organize, “burn the midnight oil.” And we did it. We flew in additional staff. We had to knock on doors to get more accommodation. It was hard but enjoyable at the same time.

Our clients were super happy and they are still with us, which is lovely. At the end of the day, we are one big family. We all help each other out. The most important thing is the delivery of the games for the guests and to make them happy and to make Korea feel proud. That, for us, is key. So, that’s why I’ve been coming here one and a half years prior to Pyeongchang 2018 to set it all in motion. If we have everything at the push of a button by the time we’ve organized everything, it’s easier to take things on board.

What is the motto of Mosimann’s?

Passion for excellence in everything we do: from service to kitchen to dining experience, the way we are with our staff and even our relationship with the suppliers. Our staff (and obviously our guests as well) are our core ambassadors because wherever they travel in the world, after however long a period they have been with us, we want their time at Mosimann’s to have been fantastic.

Mosimann’s received the royal warrant for catering in 2000. When you’re not catering for the royal family or the Olympics, who do you feed? Who are your day-to-day clients?

We have a private dining club in Belgravia, London, with six individually-sponsored dining rooms and an à la carte restaurant. We have over 2,000 members and they range from international members, mostly based in London, and they come for both business and for pleasure. Our clients include politicians, government officials and some eccentric individuals who enjoy the privacy and attention to detail we offer. Our food is uncomplicated. We don’t use too much oil, butter, sugar and alcohol, so it is good but healthy cuisine.

What does food mean to you?

Food is my life. I love to eat and I live to eat.

I love kimchi at the moment. Fermented foods are healthy and, until recently, they have been underestimated. Even in the western front, fermented foods have existed for centuries. Only now are they placing more importance on fermented foods and not just the super foods of green and purple.

What are your expectations for Pyeongchang 2018?

You know what? I already don’t want to leave!