As the old saying goes, we are what we eat, and there is, perhaps no better—nor faster–way to understand a culture than by observing what its people eat and drink and the time-honored customs associated with it.

The K-Style Hub at Korea Tourism Organization’s Seoul Center offers a comprehensive and in-depth guide to Korean food culture through its highly informative and, at times, hands-on exhibits. Located on levels 3 and 4, respectively, the Korean Food Culture Exhibition Hall and the Korean Food Experience Hall explore the themes that constitute the backbone of Korea’s food culture. 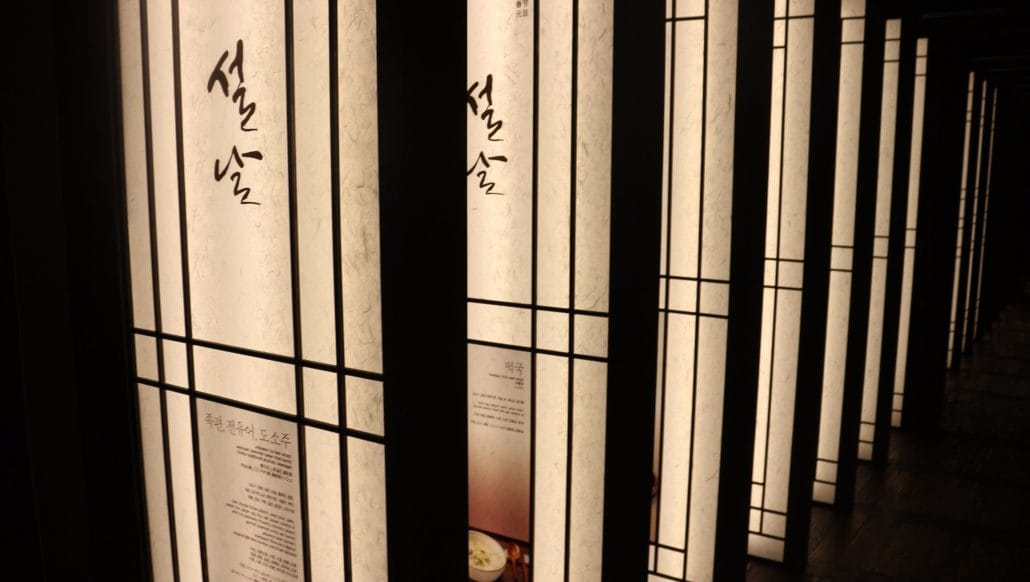 The journey begins at the Korean Food Culture Exhibition Hall on the 3rd floor where an elaborate wall display welcomes the visitors. The display is a series of illuminated panels that show the 24 solar terms—jeolgi in Korean–and the specific food and customs associated with each term. Listed as UNESCO’s Intangible Cultural Asset, jeolgi are 24 points in the traditional East Asian lunisolar calendar that were used by agrarian societies to stay synchronized with the seasons. The old customs associated with each jeolgi—many of which are observed to this day–are explained in great detail.

Visitors then come upon an impressive jangttokdae display. Jangttokdae is a space where onggi or earthenware jars are traditionally gathered in an outside space of a house. Referred to as “jars that breathe”, onggi have been used as fermentation and storage vessels for centuries. Sunshine and ventilation were crucial in choosing the location for the jangttokdae to ensure that foods—typically kimchi, soybean paste, chili paste, alcoholic beverages and raw grains–were preserved fresh, often up to several years if conditions were optimal. 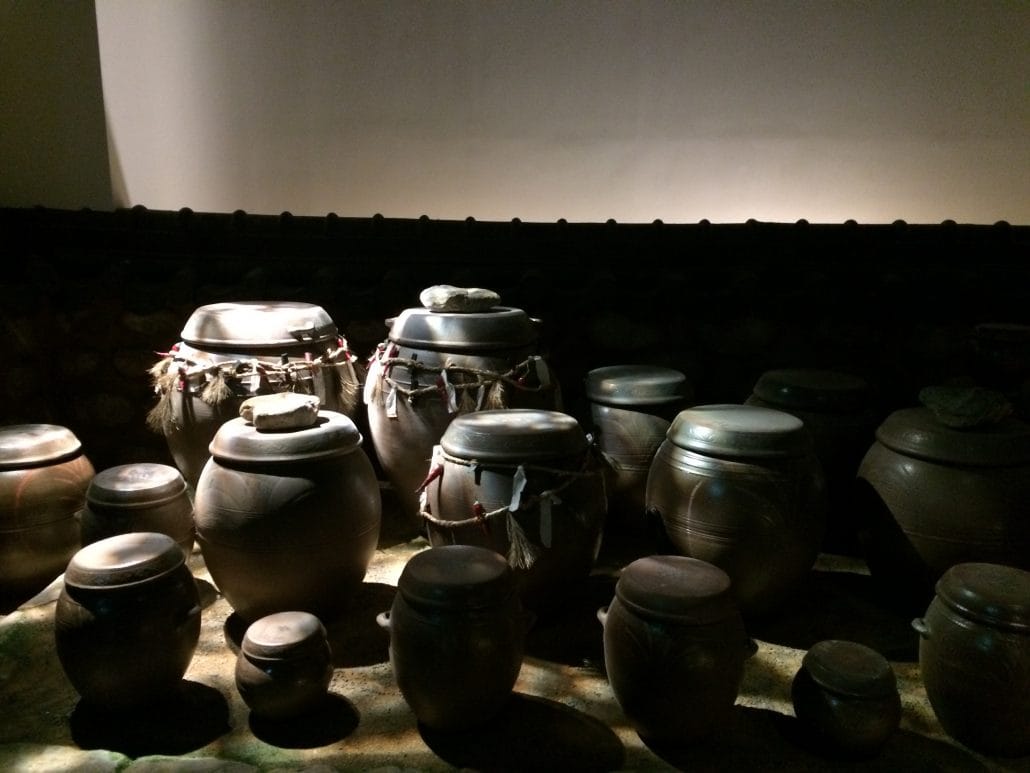 A large section of the 3rd floor exhibit is dedicated to fermentation, the heart and soul of Korean cuisine. Before the advent of modern refrigeration, fermentation was an effective method of preserving food for extended periods of time. But, fermentation was not just about preservation; it was an ingenious way of enhancing the flavors and nutrients of food. The outcome of nature, science and time doing their work, fermented foods continue to occupy a key part of the daily Korean diet. 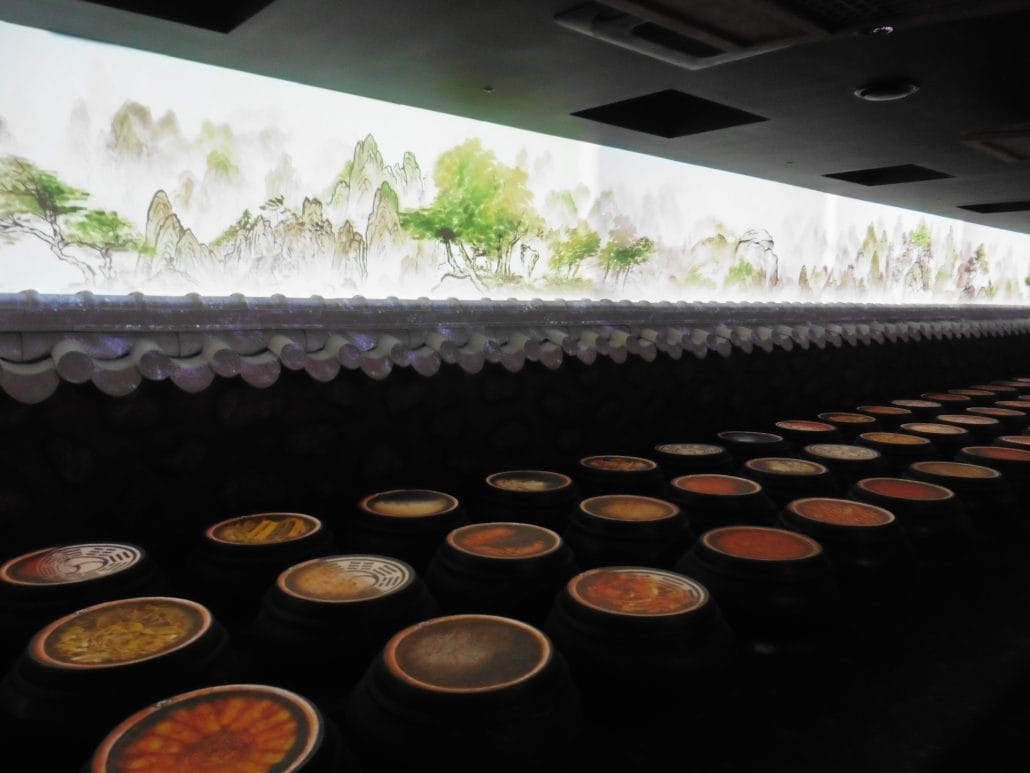 A large portion of the 3rd floor exhibit shows the common food ingredients used in Korean cuisine and food customs through its detailed 3D and interactive displays. Because Korea is surrounded by the sea on three sides with well-developed plains to the west and rugged mountains to the east, it boasts an extensive range of ingredients from all manner of seafood to a staggering variety of wild vegetables. The availability of these ingredients depended primarily on the four distinct seasons: spring, summer, autumn and winter. 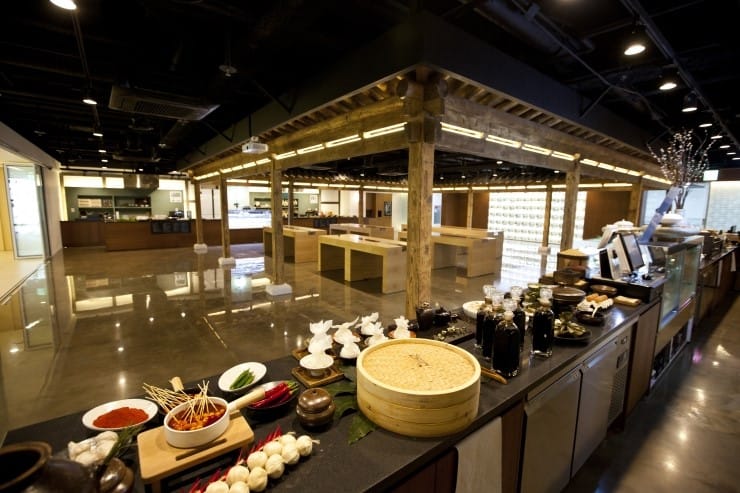 The Korean Food Experience Hall on the 4th floor welcomes visitors to take part in various hands-on experience. Feeling peckish after the tour? The elegant cafeteria offers a good selection of seasonally-rotating, classic Korean dishes such as ssambap (rice and lettuce wraps) served with delicious side dishes. Traditional alcoholic beverages, confections and teas are offered as well.

Meanwhile, visitors interested in learning how to make some of Korea’s most iconic dishes can head over to the Learning Zone which offers cooking classes four times daily. Recipes–by popular demand–include bulgogi, japchae, shrimp and vegetable pancakes, bibimbap, marinated and grilled Jeju pork and kimchi. 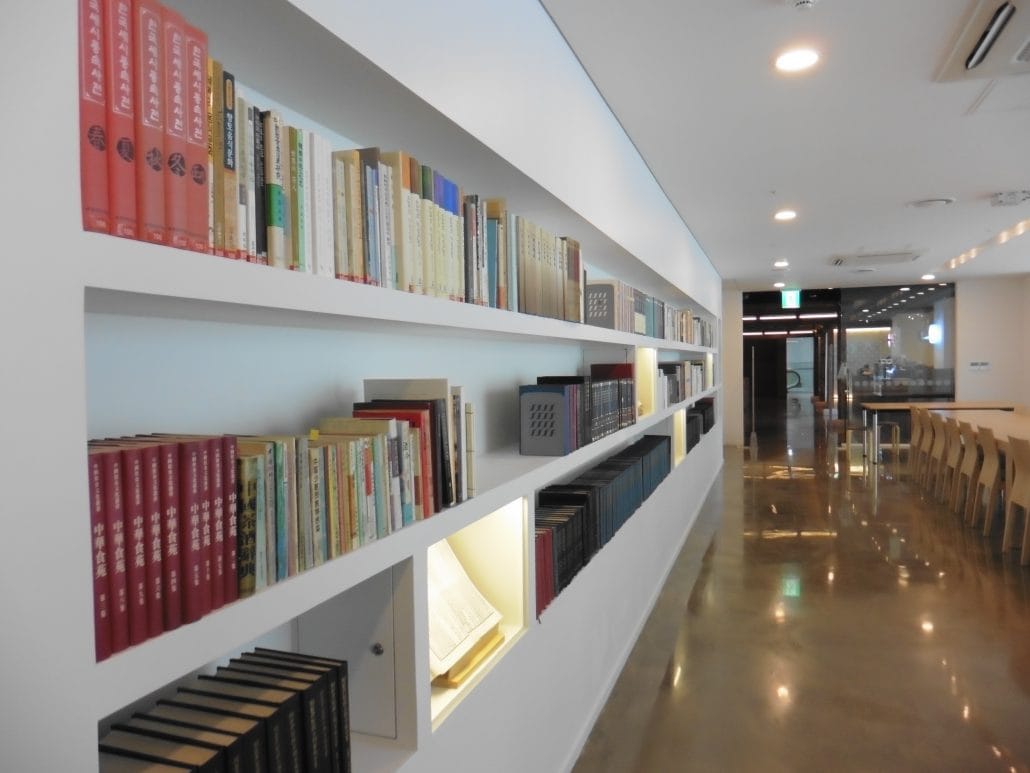 Last but not least, the library lounge is an open space with an extensive selection of books about Korean cuisine and Korean food culture. Visitors are also welcome to access the comprehensive archive files of Korean cuisine using the public computers.

The Korean Food Culture Exhibition Hall and the Korean Food Experience Hall offer language assistance in Korean, English, Chinese and Japanese. Admission is free except for the cooking classes.