From the complex Marseillais fish stew that is the bouillabaisse to the hearty crimson-hued borscht eaten across Eastern Europe. From cream of tomato–the stuff of American childhood–to chilled gazpacho – Spain’s beloved summer staple. From the tongue-tingling Shichuan malatang to the delightfully hot and sour pork kimchi jjigae, the ultimate Korean comfort food. And noodle soups! From the heady niu rou mian, a beloved street food in Taiwan, to the fabulously fragrant pho that is the national dish of Vietnam. And, of course, the universal chicken soup – variations of which exist across cultures and believed to cure whatever it is that ails you. The world’s love affair with soup is as far reaching as it is timeless.

Soup, by its very definition, is comforting and nourishing – a well-composed soup a satisfying meal unto itself. Soup is a year-round affair, a versatile dish that can be prepared with pretty much any ingredient one can find in the fridge and in the pantry. Some require hours of preparation while others take no time to whip up.

Although soup is a dish enjoyed the world over, there is, perhaps, no other country in the world that is as obsessed with it as Korea. Not only does soup constitute a key part of a Korean meal, there is a soup for every occasion that is celebrated: miyeok-guk or seaweed soup for birthdays (which also constitutes a key part of the postpartum diet for women for months after giving birth), tteok-guk or rice cake soup for Seol (New Year’s), toran-guk or taro soup for Chuseok (Mid-Autumn Festival) and janchi-guksu or wheat noodle soup in dried anchovy broth as well as galbi-tang or beef rib soup at weddings.

Visitors to Korea best be prepared to discover a mind-blowing variety of soup dishes that exist: meat-based soups, fish soups, vegetable soups and even ice-cold soups. Expect to be served complimentary bowls of soup at restaurants with that spicy stir-fried pork or that grilled fish meal you order. It is not uncommon to find self-serve stations at Korean restaurants that offer complimentary soup along with banchan.

Soups in Korea can be largely categorized into four categories: guk, tang, jjigae and jeongol. The categories are based on the different methods in which the soups are prepared and how they are served and eaten at the table. 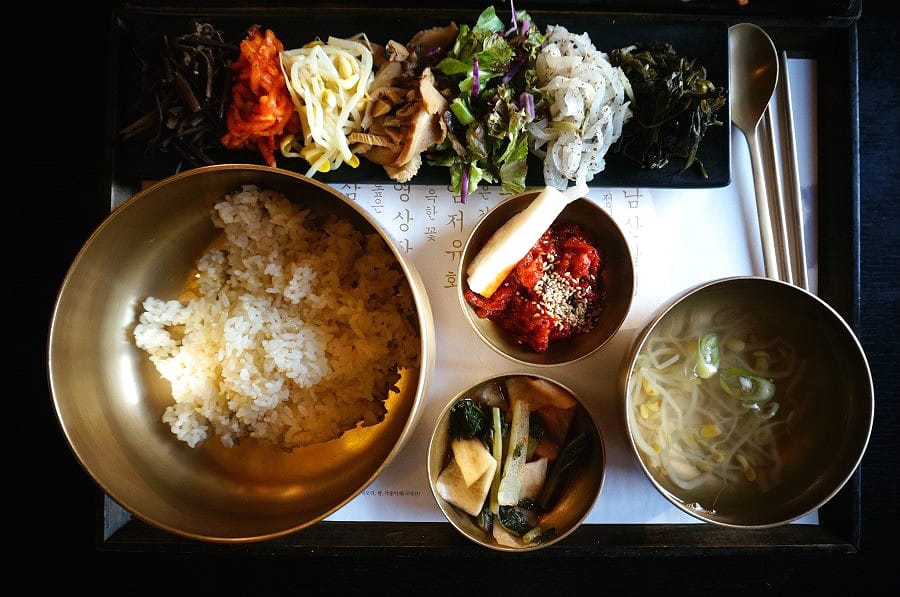 Guk – The native Korean word for soup. Guk is not shared; it is served in individual portions alongside a bowl of rice at every meal. Guk is a thin soup that has a liquid to solid ingredient ratio of around 7:3. Its key component is the liquid. Once served, no additional seasoning or condiment is added. 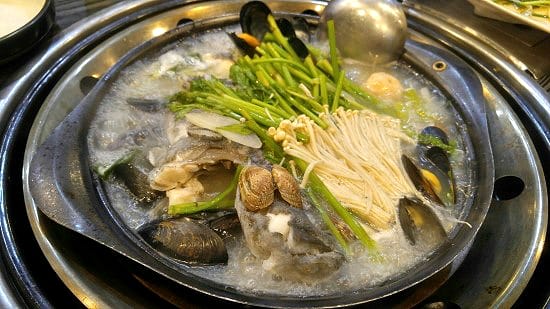 Tang – Tang is derived from hanja or Chinese characters and is the formal term for guk. Tang usually requires a longer cooking time than guk. Certain types of tang, including maeun-tang(spicy fish hot pot), are a communal fare, shared among at least two people. Other types such as galbi-tang(beef rib soup) and seolleong-tang(beef bone soup) are served in individual portions. Generally, the key component of tang is the liquid. 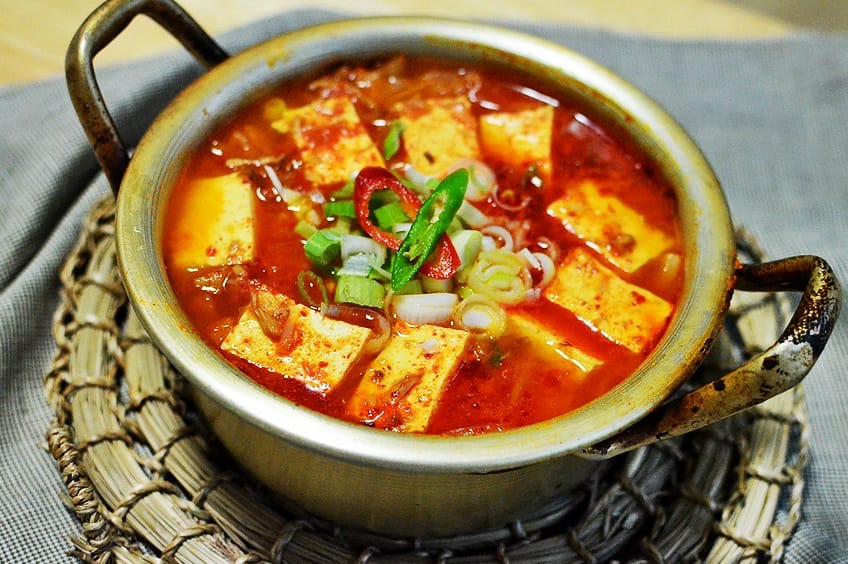 It is common practice for families to share a pot of jjigae. At restaurants, diners can order individual portions of jjigae to be eaten alone. A complimentary pot of jjigae is often served at barbecue restaurants with each order of rice. 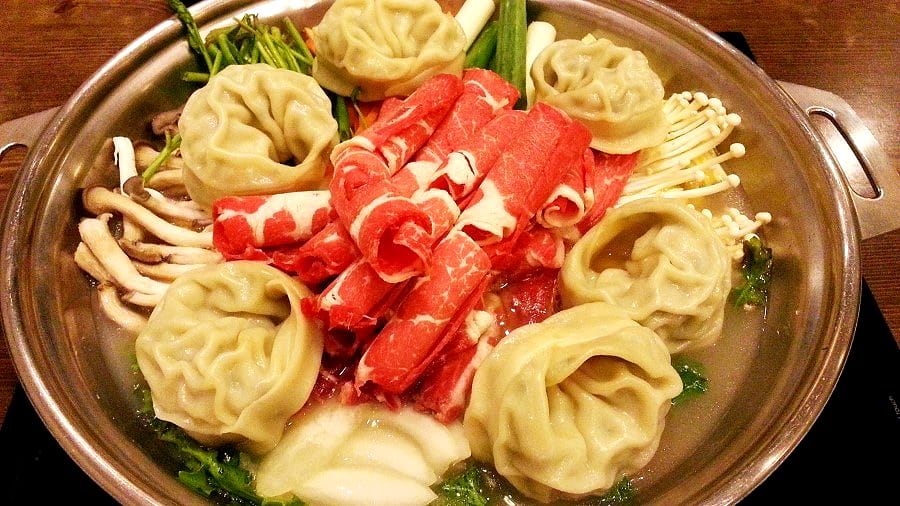 Jeongol – Jeongol is a communal hot pot dish that usually constitutes the main part of a meal. What sets jeongol apart from its cousins is that prepared broth is poured over the raw ingredients–meat, offal, vegetables or fish–laid out in a shallow pot and cooked at the table. Additional broth is continually added to the boiling pot of stew throughout the meal. Jeongol is similar to jjigae in that it is less soupy than guk, but the soup itself is less salty than jjigae.