Maehwa—Korean for plum blossoms—has always been one of Korea’s most beloved spring flowers. For centuries, maehwa was regarded as a steadfast symbol of winter and a harbinger of spring, frequently depicted in folk art and poetry as a representation of perseverance and hope, beauty and purity, as well as the transitory nature of life.

Maesil is commonly consumed in many parts of Asia, including Korea, Japan and China. The green plums—called ‘cheong-maesil’ in Korean—are firm and tart, ideal for pickling and for making maesil-cheong (plum syrup). It has long been used in traditional medicine in the East, known to cure common ailments such as indigestion and diarrhea. 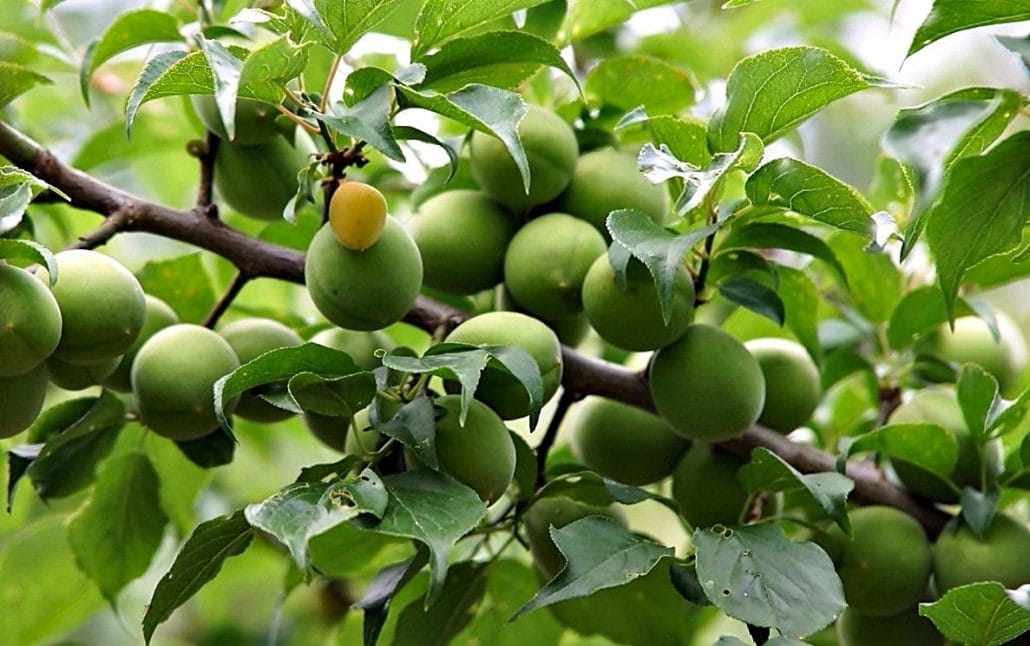 Throughout the months of May and June, when the green plums come into season, restaurants and local households alike purchase them in bulks to prepare pantry staples to be consumed throughout the year. Maesil-cheong is an anti-microbial syrup made by sugaring the green plums. In Korea, maesil syrup is used as a condiment and sugar substitute in salad dressings, all manner of marinades and sauces. It is also diluted in hot water to be consumed as tea or mixed in with cold water to be enjoyed as a refreshing summertime beverage.

To make the syrup, equal parts whole maesil and sugar are packed into an air-tight jar and left for up to three months as the fruit slowly releases its juices. Once the syrup is ready, the fruit is removed from liquid. Leaving the fruit in will add a pronounced tartness to the syrup–not a bad thing–but its removal is advised for those that prefer the sweet essence without the tartness. The syrup can either be consumed right away or left to mature for up to a year or even more for an enhanced depth of flavor. Once removed from the liquid, the shriveled fruit need not be discarded as Koreans often preserve them in gochujang or fermented chili paste to make maesil-jangajji or pickled green plums, a sweet and salty, spicy and tart side dish. 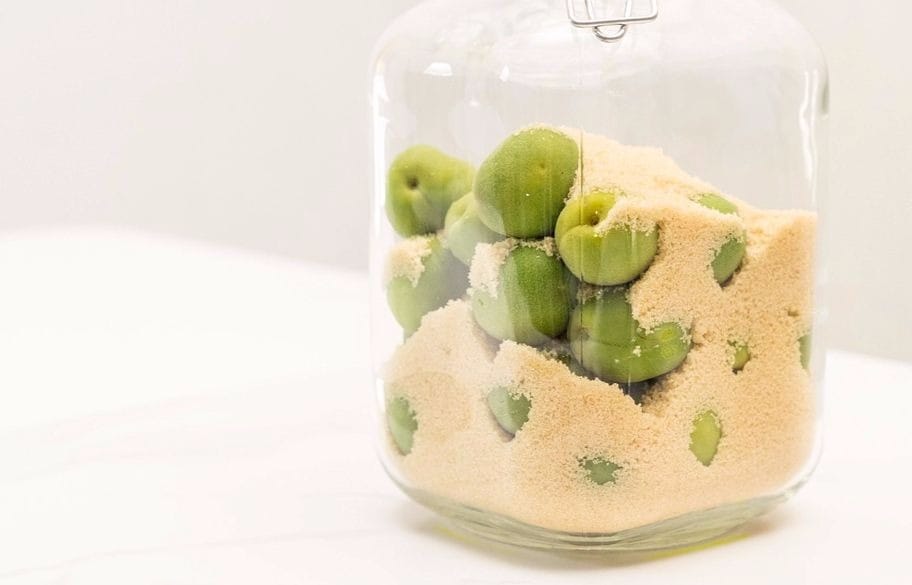 ‘Hwang-maesil’, which literally means ‘yellow plums’, refers to the soft ripe maesil. Do not be deceived by their color, for even the yellow ones are nowhere sweet enough to be enjoyed raw. Although green plums are commonly used to flavor alcohol, the yellow plums are a better choice for making maesil-ju or plum liquor, a sweet, slightly tart and smooth alcoholic drink made by steeping maesil in soju. It is a popular drink in Korea marketed under various brand names.

Ingredients: 1 kg of maesil, 1 kg of sugar (white or brown)

French cuisine herbs Kitchen Language
All articles of Dining In