As the day with the shortest daylight hours and the longest night, Dongji has traditionally been considered to be a day full of negative energy. Our ancestors ate red bean porridge on the day of the Winter Solstice because they believed the red beans had the power to chase away evil spirits. The color of the red bean was believed to symbolize positive energy or ‘yang’ and hence effective in thwarting dark energy or ‘yin.’

According to tradition, families first place a bowl of red bean porridge in the ancestral shrine, and then place more bowls of porridge around the house – in the rooms, in the barn, by the well, and by the jars containing fermented foods. It was also common practice to smear some porridge on the main gate and the outer walls of the house in the belief that this will keep evil spirits and misfortune at bay.

The tradition of eating red bean porridge on Winter Solstice can be traced back to China’s Zhou Dynasty (c. 1046 BC–256 BC). According to Jing-Chu Suishi Ji(荊楚歲時記) or “Festivals and Seasonal Customs of the Jing-Chu Region(modern Hubei and Hunan)”, the young son of Gong Gong (共工氏) died on the day of the Winter Solstice and thereafter turned into a plague-spreading ghost. It is said that during his life, the child hated red beans. In order to ward off this ghost, locals scattered red beans around their homes, and prepared and ate red bean porridge.

Dongji patjuk is thick in consistency, rich and immensely satisfying. It is often served with small glutinous rice balls known as saealsim (새알심, bird’s egg balls); in some parts of Korea, family members are served as many saealsims as their age.

Although the custom of eating red bean porridge on Winter Solstice is still observed to this day, I doubt many eat it for the same reasons as our ancestors did all those years ago. Nevertheless, Dongji is an important turning point on the yearly calendar: from here on out, the days will become brighter and that, for me, is definitely a cause for celebration. This year, Winter Solstice falls on December 21. How about a soul-warming bowl of red bean porridge? My mom’s own recipe follows. 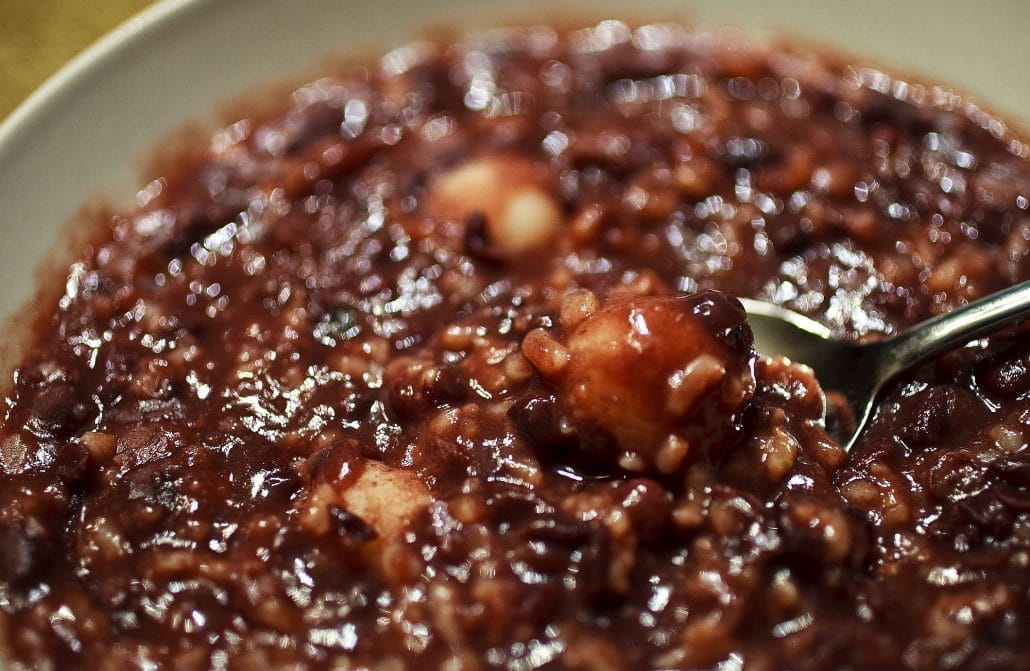 Ingredients for the Porridge:

Ingredients for the Saealsim(Glutinous Rice Balls): 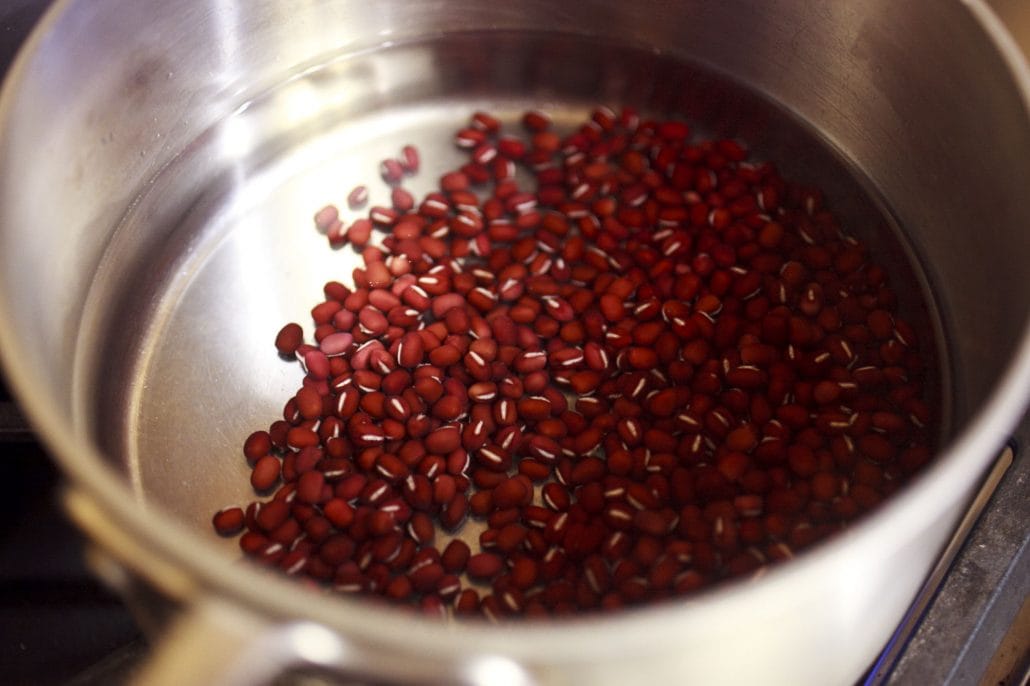 4. Let the bowl of watery mashed red beans sit until the finely-mashed bean residue sinks to the bottom.

5. Sift 2/3 cups of glutinous rice flour and 1/3 cups of non-glutinous rice flour. Mix with the 2 tablespoons of boiling water and form into a dough. Knead until smooth. Form the dough into small round balls. Place a single pine nut at the center of the ball if you’d like. Drop the rice balls into a pot of boiling water. Once they float to the surface, they are ready. Remove the balls from the pot and drop them into a bowl of cold water.

6. In a pot, carefully pour the water separated from the mashed red beans and boil. Add the pre-soaked rice and stir so that it does not stick to the bottom of the pot. Once the rice turns soft and start to bloat, add the mashed red beans. Once it starts to boil, drop the glutinous rice balls into the porridge.

7. Season to taste with salt.

Whip up a special meal with Chef Jang Jinmo of MICHELIN Plate restaurant Antitrust, who takes familiar dishes and elevates it to fine dining levels.

The story of Soseoul Hannam is a narrative of flavors

From BBQs to soups, these dishes are how Koreans love to indulge in pork