In this two-part series, we trace the trajectory of these two restaurants’ journey to becoming three-Star restaurants.

Opened in 2017, Sazenka (茶禅華) is tucked away in a smart residential area, Minami-Azabu, which is a distinguished location within the Tokyo metropolitan area.

The restaurant resides in the renovated building of a former German ambassador’s residence and comes with a main dining area, and both large and small private dining rooms. The elegant interior creates a chic atmosphere which adds to the general feeling of comfort. 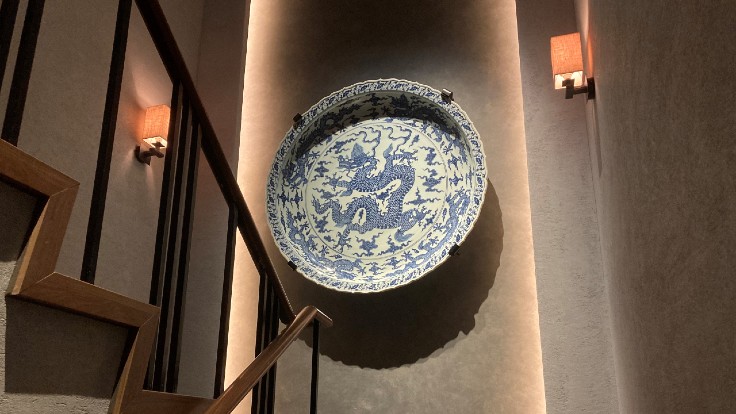 Large porcelain plates from Jing De Zhen, a region in China known for its long history of porcelain craftsmanship, adorn the walls leading up the restaurant's stairwell — a gift from chef Seiji Yamamoto of Ryugin(龍吟), whom Tomoya Kawada, head chef of Sazenka (茶禅華), credits as a mentor. 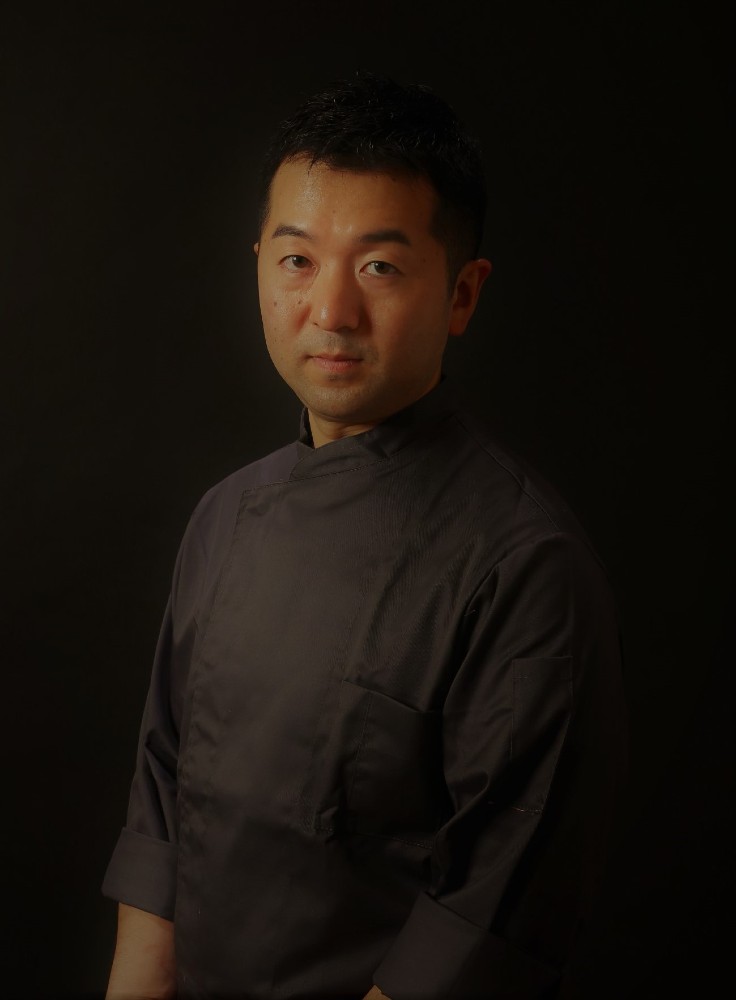 Born in 1982 in Tochigi Prefecture, Kawada grew up in a family that loved eating out, has liked Chinese cuisine for as long as he could remember. In his kindergarten graduation album, he even wrote “I want to become a chef”, he recalls laughingly.

In order to achieve his dream, he built up his culinary chops by training at a Chinese restaurant in Tokyo. Then, to learn more about Japanese ingredients he went to work at Ryugin (龍吟). It wasn’t just techniques he learned there, but the essence of Japanese cooking: drawing out the maximum potential of ingredients.

READ MORE: These Are The Newly Starred Restaurants In The MICHELIN Guide Tokyo 2021

Building on the traditions from both countries, Kawada is breaking new ground. His aim: to not just create a fusion of Japanese and Chinese cuisine but to create a natural overlap between the two, striving for harmony between Japanese and Chinese cultures, he explains. He wants to take his predecessors thinking, and pass it on into the future.

In other words, he respects the natural order of past, present and future, while applying Japanese ingredients and techniques into the traditions of Chinese cuisine. A case in point is Sazenka's dish of Japanese pheasant soup, which is prepared by adding dashi in the soup base, and wrapping local Japanese pheasants in Chinese wonton skins. Dishes like this could be said to be Chinese food with a Japanese spirit, thus defying conventional culture boundaries. 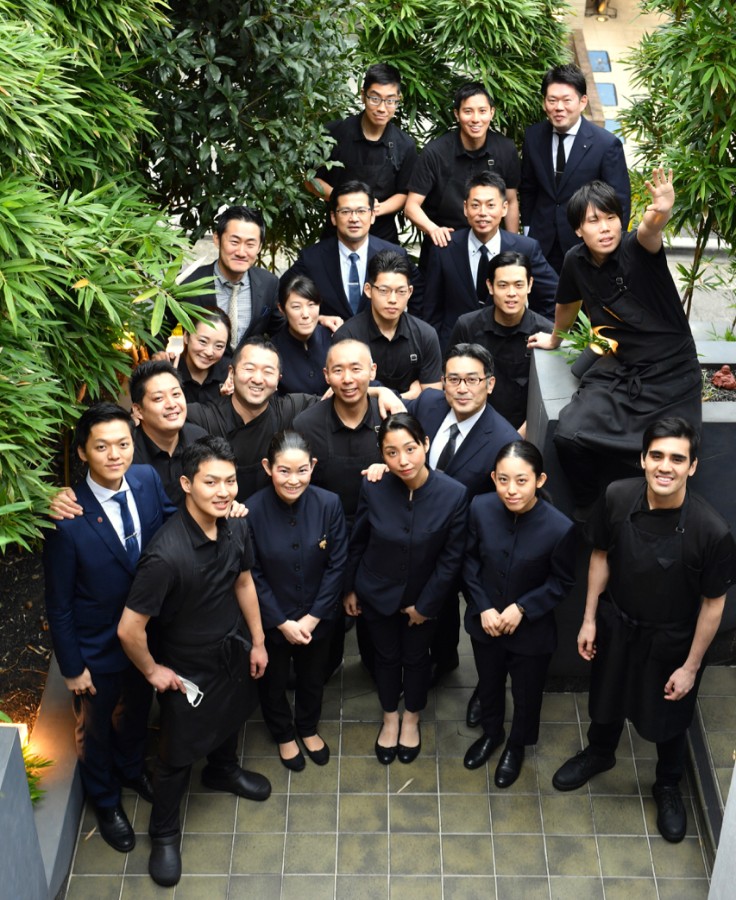 The idea of Wakon Kansai (和魂漢才) — the marriage between Japanese spirit and Chinese scholarship — he points out, is an ideological concept that was born in Japan in the middle of the Heian period. Just like how kanji characters were first introduced from China long ago and modified and adopted by Japanese people, chef Kawada's aim is to take Chinese cooking and converge it with Japanese ingredients and the Japanese spirit.

Another outlook that Kawada has adopted from Chinese culture is the idea of Shinmiha Tadakoretan (真味只是淡) — literally translated as "the true taste of food is light and simple", or a reminder to stay modest even when one is talented — an outlook that chef says is similarly reflective of Japanese culture. 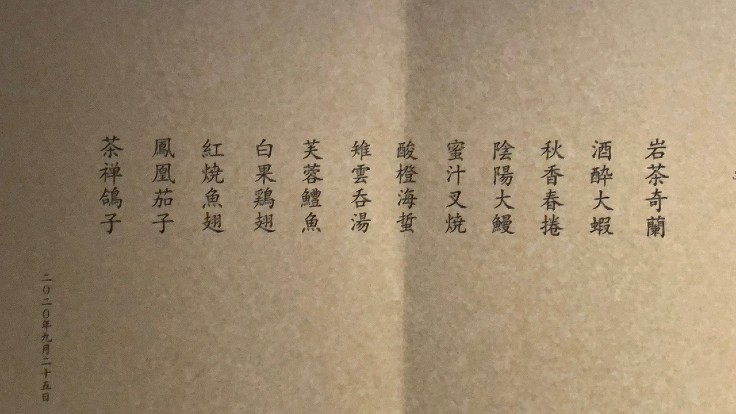 Classic Chinese culture is also expressed in Sazenka's playful menus, which describe each dish using just four kanji characters — a deliberate design, say Kawada, to stir the imagination of diners and leave them to ponder the possibilities of dishes that could appear on their dining tables next.

The restaurant also places emphasis on its pairings of food with drinks. He aims to create a synergy by pairing the food with either wine, sake, or Shaoxing wine, or with Chinese or Japanese teas; or even pairings which mix both alcohol and non-alcoholic options.

Even when it comes to sustainability, the restaurant is one step ahead. Sazenka is part of the Chefs for the Blue organisation focussed on promoting the sustainability of the oceans, and the team is deeply committed to resolving issues such as food waste and plastic pollution. 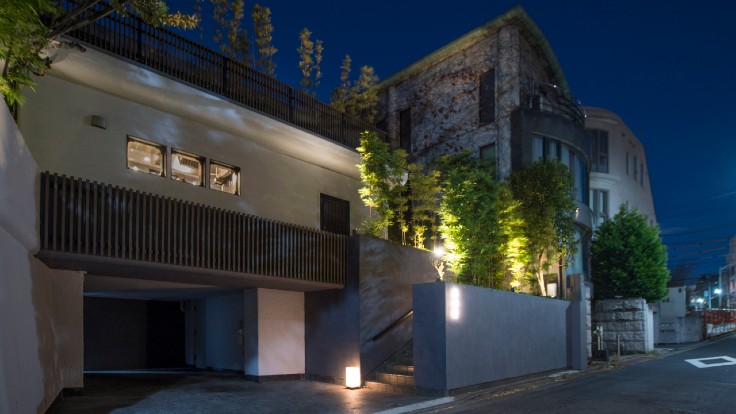 Respecting the deep-rooted histories of both cultures, while also pursuing innovation and sophistication through a lens unique to both diners from Japan and abroad, eventually led the restaurant to become Japan's first three-Star Chinese restaurant.

Hiroyasu Kawate is the chef of Florilège, a Two MICHELIN Star and MICHELIN Green Star restaurant. From Tokyo, he spreads the word of a new age of sustainability

In the final of a 4-part video series co-produced by the MICHELIN Guide and Audi Japan. Hiroyasu Kawate tells us more about a new age of sustainability — and how the attention to details needed to be a chef is mirrored by the constant and innovative evolution of the Audi e-tron Sportback.

Osamu Matsuura, Owner-Chef of One MICHELIN Star Restaurant Sushi Matsuura, and his Strong Relationships with Brokers in the Toyosu Market

Osamu Matsuura, a One MICHELIN Star sushi craftsman, treks daily to the morning market at Toyosu Market, Japan’s largest fish market. For close on 20 years, since his apprenticeship days, Matsuura has been commuting to Toyosu and its forerunner, Tsukiji. We followed Matsuura on one of those daily errands as he stocked up on kohada (gizzard shad) and prepared it at his restaurant.

Kotaro Noda is Executive Chef of FARO, a one MICHELIN star Italian restaurant in Tokyo. FARO interprets Japanese tradition and ingredients through the prism of Italian cuisine and in ways that care for the environment.

A Dining Experience for All Five Senses Awaits at L’aube, a One MICHELIN Star French Restaurant in Tokyo

Chef-owners Hideaki Imahashi and Shoko Hirase of one-MICHELIN-starred L’aube in Tokyo share their insights on conveying a multi-sensory dining experience through the use of color and aesthetics - and how this is reflected in the stylish and comfortable experience of driving an Audi Q8.

‘My staff are friends who grow along with me,’ says Hideki Ishikawa. Learning diligently together means building the future together. We explore the meaning of this principle.

In the spotlight- Japan

Tablet Plus members receive VIP upgrades and amenities at a collection of the world’s most exciting hotels. In the Spotlight is a regular series dedicated to celebrating these extraordinary spaces — like the hotels below, which represent just a handful of our Plus hotels in Japan. Click on each hotel to see all of the privileges they offer.

Mentor Chef Award recipient Hiroyuki Kanda says he wants his apprentices to have a clear perspective on life and pursue a goal. What does it mean to him to be a mentor?

When Service Award winner Mayuka Arai of Hommage is asked what customer service means to her, she says, “I want the time customers spend with us to be as pleasant as possible”.