As someone who covers mostly emerging regions, I’m often the target of wineries eager to get noticed, to get PR on a big stage and get their brand out on the international market. That is all good and proper; nothing happens if you don't get noticed or get people knowing what your name means and what you are about. Trophy wines don't have to worry about this, of course—those are the wineries that have to beat customers off with a stick. (“Sorry, the waiting list is four years long!”) But once past that small group, the tables turn quickly. Very few wineries are deemed irreplaceable. The consumers are in charge, not the sellers. (And if that's not a lesson yet learned by consumers, they should learn it.)

There are many fine wineries that struggle to be profitable and have difficulty making a mark, even when their quality is quite good. By reputation, they aren't quite at the "trophy-gotta-have-it" level (even if the quality is there), but they also aren't inexpensive enough to compete at the bargain level. They're trapped in limbo, drowning in the middle of the great sea of competitors. Then, there are plenty of wineries in emerging regions that can't even get a foot in the door. Once they do, though, many seem to think that is the end of the story instead of the beginning. That's their biggest mistake.

These are issues I've talked about with wineries many times. So, let's put that speech together in a better organized fashion. It may be useful to a winery, but for a consumer, it also illustrates how the wine world has changed—and how many choices you actually have.

These days, the marketplace is so crowded, so crammed with good producers and wines, that it’s easy to drink well. And you don't have to spend a lot of money to drink very well, either. Good wine merely requires a producer's willingness to spend enough money to enable the winery to do things reasonably well in the cellar and vineyard. Lots of folks can achieve that these days—and do. In this information age, as the world gets smaller and winemakers work in various countries during their careers, there are very few secrets left. Some might argue that making truly great and memorable wine is more complicated. That requires fine terroirs and serious talent, not to mention a fair bit of extra money and a little luck on occasions. Even there, it is often possible to find reasonable alternatives where you don't lose much and save a lot. These arguments can go on forever. But how many consumers are regularly knocking back $180 (or more) bottles? That's not really the level we're talking about just now, no matter the theoretical debates on whether they are worth it or not. 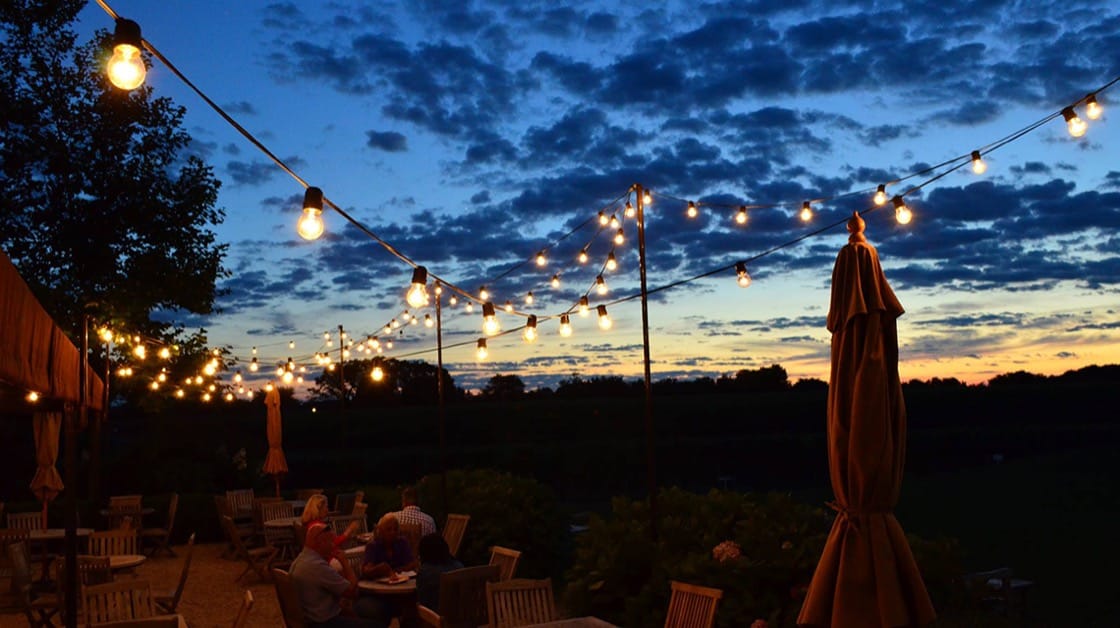 The outdoor patio at Wölffer Estate. (Pic: Wölffer Estate.)
The point is that there is a lot of choice for consumers looking for quality wines at fair prices. Let's underscore that a little, because it is far too easy to overlook how the marketplace has changed in just a few decades. Much of that result is due to the increasing flood of nice wines coming from places no one would have seriously considered some 35 years ago, roughly when I began collecting wine. When I started collecting, France was the obvious number one choice for its classic regions, with secondary looks at Italy and Germany. There was Port, and Australia and California were revving up, but not showing anything like the muscle they have today. There were other things as well, but they weren't as often on the international radar circa 1980. Wine seemed pretty simple—it was a lot easier!

Today, you can pick nice wines, not just everyday $10 plonk, from places like Israel, Lebanon (beyond Musar), Bulgaria, Chile, Argentina, New York, Slovenia, Greece, and Virginia, among others. It's not just countries you never considered in the past, by the way, but also different regions within countries. In more familiar places, if you go outside the famous regions, the same trend exists. In Portugal, go beyond the famous name of Douro, from which region Port comes, and you will find gems in underappreciated appellations like Bairrada, Dão, Vinho Verde, Alentejo and Lisboa.

Even in bigger and more famous countries, new regions have emerged. Italy, for instance, may be a traditional giant for Piedmont and Tuscany, but time goes on and regions that used to be afterthoughts suddenly begin to make a mark—like Sicily. For this, I decided to interview my colleague Monica Larner: “…first Sicily was an emerging region, then Etna became an emerging region in Sicily, and today we’re talking single vineyards (Contrada) on Etna. Each layer is a new story to tell."

In Spain, everyone has heard of Rioja, but Ribera del Duero wasn't even a D.O. when I began collecting wine—and it was famous for very little. Toro came even later, in 1987. My Spanish colleague, Luis Gutiérrez, helped me out, confirming my impressions while referencing his Issue 211 article on Priorat, where he said that the Ribera del Duero appellation "was only created in 1982 and before that only a handful of wineries existed. Yes, there was a tradition to grow vines and produce wines in the region, but they were mainly claretes, wines produced from a mixture of red and white grapes and aged in oak barrel. The style was like an upmarket rosé."

The Israeli wine revolution, to put that in perspective, is often said to have begun with the founding of the Golan Heights Winery in 1982—it's not really much different looking at an emerging country or an emerging region within a country. More are coming online every time I look up. It's a bewildering and often exciting array of choices.

Things have dramatically changed, in other words, even in places you think have been famous for a long time. The competition is getting fiercer every day—it is very much a buyer's market. Once you get noticed, that's great, but now the hard work is just beginning. You have to seal the deal. To me, that means finding ways to get repeat buyers of most vintages. With the competition that exists, a customer can drift off and never come back. Letting them get away may mean the winery never sees them again. They may still love it, actually. But really—how many bottles of wine can a typical person consume without becoming an alcoholic? Or afford? Or find a way to cellar? So, they wander off to try something else, to explore a new category maybe, and the winery doesn't see them again for 10 years. They have nothing bad to say about the winery. They still theoretically intend to buy more. But they already have X bottles in the cellar that they never seem to get to. They just want to try other things. And then they never come back. 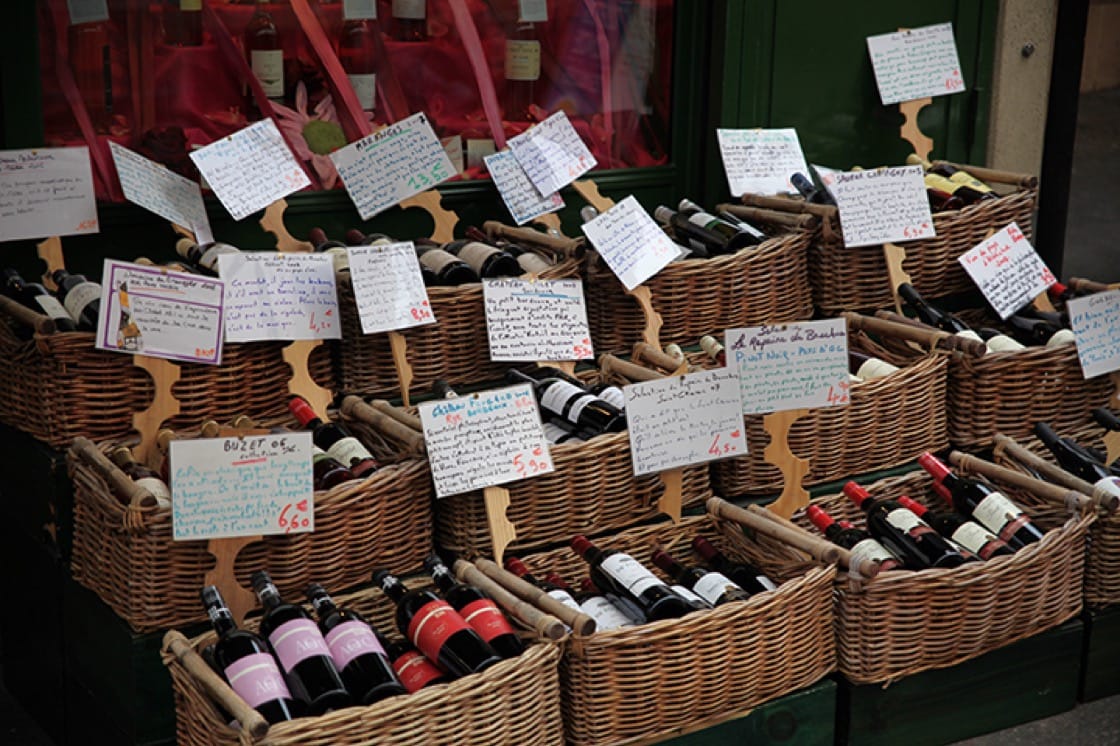 (Photo credit: Flickr/Thomas van de Weerd.)
So how does a winery keep that customer from wandering off? Some small wineries create mailing lists and personal connections. I've seen some wineries like this—some of which aren't even actually all that good—completely sold out. To be sure, their quantities are often small, but the technique is right for the size. They may tell customers that if they purchase, say, at least 12 bottles a year, they can pick up the new release personally during the winery's release party, where they can meet the winemaker, get a bottle signed, have some wine and cheese and enjoy a small jazz band. For other wineries, it may mean participating in as many tastings as they are allowed to participate in. Others may make stronger personal connections at their own tasting rooms, some of which encourage people to hang out at tables and linger. (See the beautiful views at Wölffer Estate on Long Island, for instance, especially when you can sit outdoors. I was pleased to see Biblia Chora swamped with people in Northern Greece, too.)

Nothing substitutes for direct consumer contact and giving people a chance to taste your wines, but another popular method these days is social media. After all, if you have customers 4,000 miles away, they can't all come meet you at the drop of a hat.

What all of these methods—and others—have in common is this: it is an attempt to make permanent friends for the winery. And here is a simple truth: consumers will betray their vendors. They are less likely to betray their friends. The ultimate question is, how do you turn a drinker into a friend? Nothing substitutes for some personal contact. Even on social media, I see wineries making big mistakes. Their content seems to amount to "here's my new release, buy this." Or, “here's the wine that just got rated X points. Aren't we great?" All of that is fine to an extent, but it’s just a commercial.

Eventually, people tune out commercials. Act like a human being. Don't just talk about what you're doing in the winery. Talk about your kids, your vacations, books, movies. Create a connection by actually responding to people who have questions. Do something besides make a hard sell all the time. When you do that, you make friends. Then, they become more eager to try your wines when you do have something to announce. And friends, if they liked what they tasted, won't betray you so quickly. Remember that it has to be a principal of the winery or winemaker to make a personal connection and it will take more time. Deal with it. That's reality.

The wine world has changed. It is continuing to do so. Ignore it at your own risk. Everyone is going to need a plan. I'm just a helpless wine writer (and consumer). I don't have all the answers. But wineries need to start thinking of some and consumers need to realize there's more to buy besides the famous names.