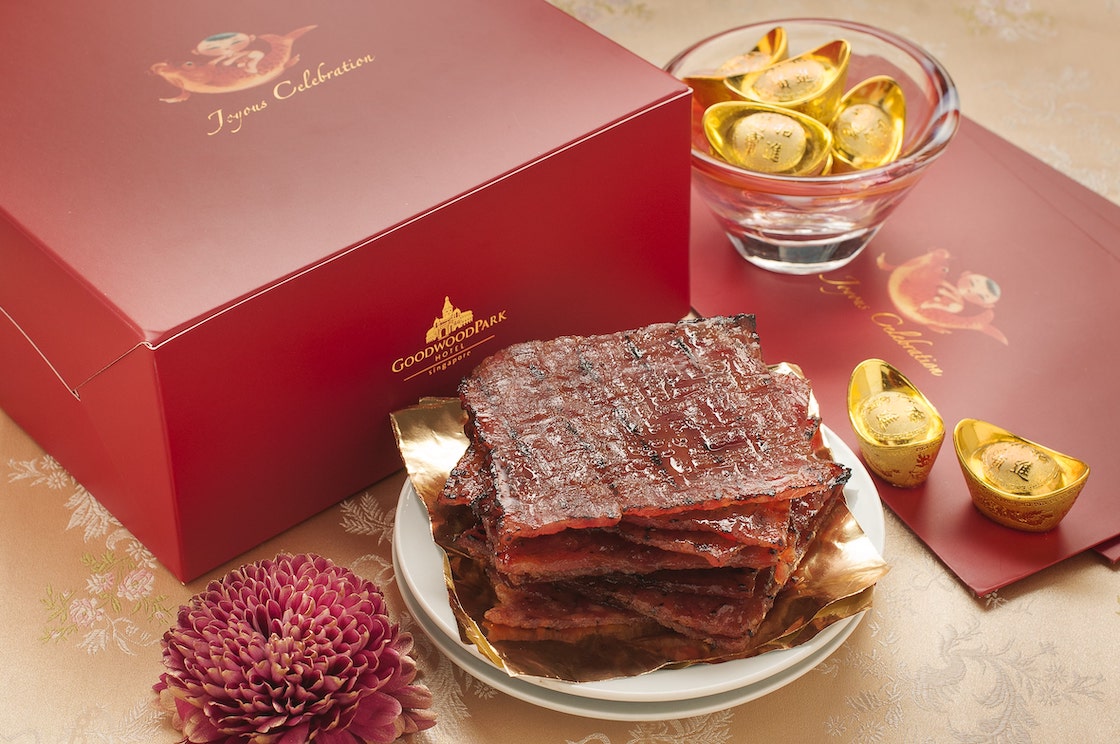 In Singapore, bak kwa, which literally translates to “dried meat”, is synonymous with Chinese New Year. These succulent barbecued meats are often dipped in a sugar and spice marinade before being air dried and roasted over charcoal. The square sheets of bak kwa are popular during the festive season because of their red hue, which the Chinese believe signifies luck and fortune.

“I am a big fan of bak kwa,” says chef Chan Hwan Kee of MICHELIN-listed Chinese restaurant Min Jiang at Dempsey in Singapore. “When I was younger, bak kwa was considered a delicacy as we only got to eat it during Chinese New Year,” he says. This Hokkien treat is said to originate from the province of Fujian in China, where the consumption of meat was considered a luxury in the past and only kept for special occasions.

“I grew up eating bak kwa made with very lean sliced meat, so it had a chewy texture. Now, I much prefer having minced meat bak kwa as it is more tender,” the chef shares. At Min Jiang at Dempsey, Chan grills the sheets of marinated meat over charcoal to lend it a smoky fragrance. “Taste-wise, I like bak kwa that is slightly sweet and savoury with a little char. I’m glad that our guests and I get to enjoy this year after year.” 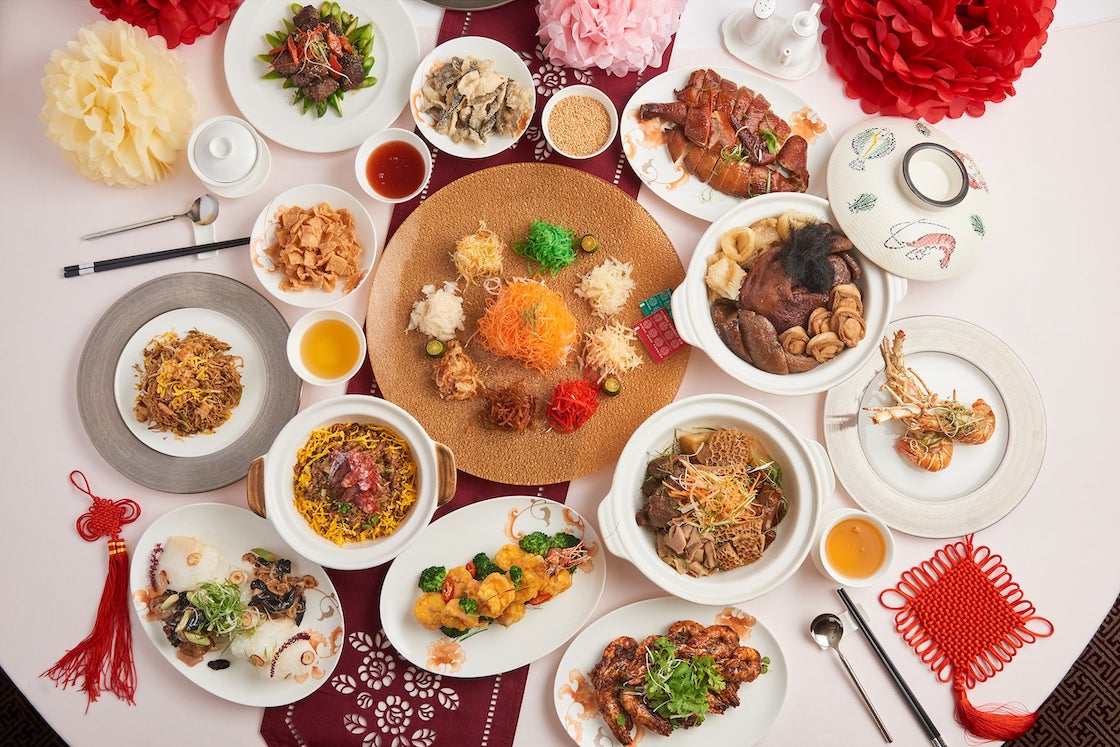 Yu sheng is a dish of shredded vegetables and raw fish, eaten widely in Singapore during Chinese New Year because the words yu sheng (raw fish) are also a homonym for “abundance rising”.

Traditionally, the vibrantly hued dish comprises slivers of raw fish (saito and salmon) and julienned pickled vegetables such as carrots, white radish, green radish, cucumbers, ginger, and onion slices, as well as pomelo. The melange is drenched in oil and plum sauce, followed by a shower of chopped peanuts and pok chui crackers.

The various components of the salad are added in a specific sequence, and each ingredient carries an auspicious meaning that is linked to a Chinese couplet. Diners then toss the communally enjoyed salad together with chopsticks, while spouting auspicious sayings in a practice called lo hei. In Singapore, there are many combinations of yu sheng available in the island's many Chinese restaurants, including vegetarian options and luxe versions that contain abalone and caviar.

At one-MICHELIN-starred Summer Palace, yu sheng is a dish that almost every table will order during the Chinese New Year season, says executive chef Liu Ching Hai. “From close relatives and loved ones, to acquaintances you might only see once a year, lo hei has a way of breaking the ice and creating that festive atmosphere,” he adds.

Liu also shares that he found the practice strange when he first moved to Singapore from Hong Kong more than 30 years ago, but has since come to embrace the festive dish. “We have already started seeing other countries like Malaysia and Hong Kong picking up this practice of lo hei. I believe it’s a Singaporean dish that can go far because with some creativity, all the components can be adapted to different food cultures, and it is something that is so celebratory and meaningful,” he adds.

RELATED: Chinese New Year 2022: Usher in the Year of the Tiger with These 7 MICHELIN-listed Restaurants 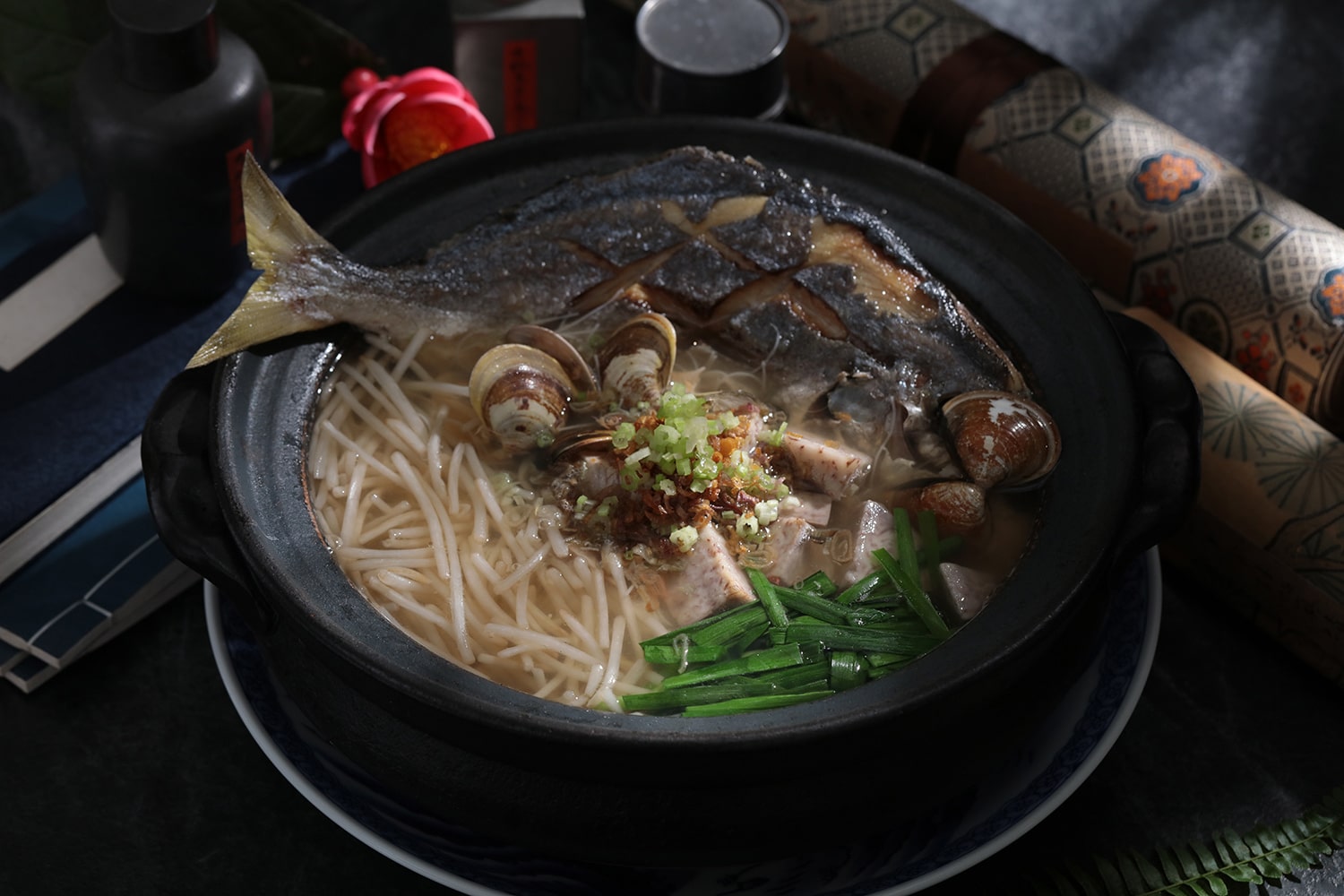 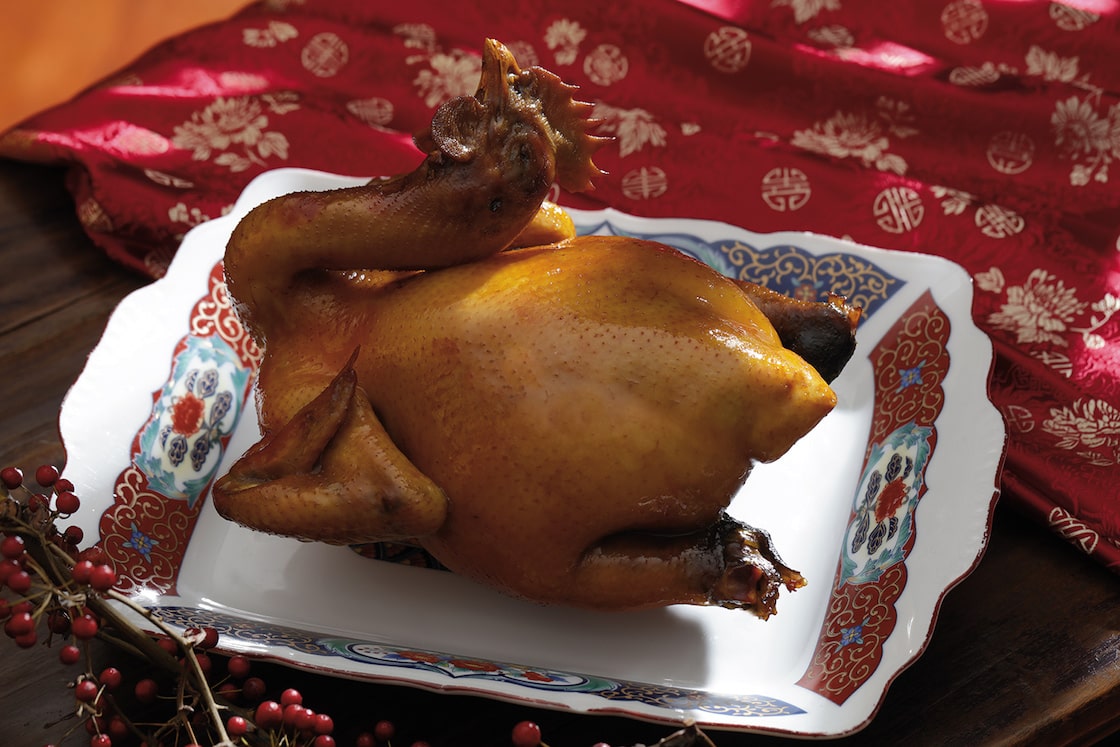 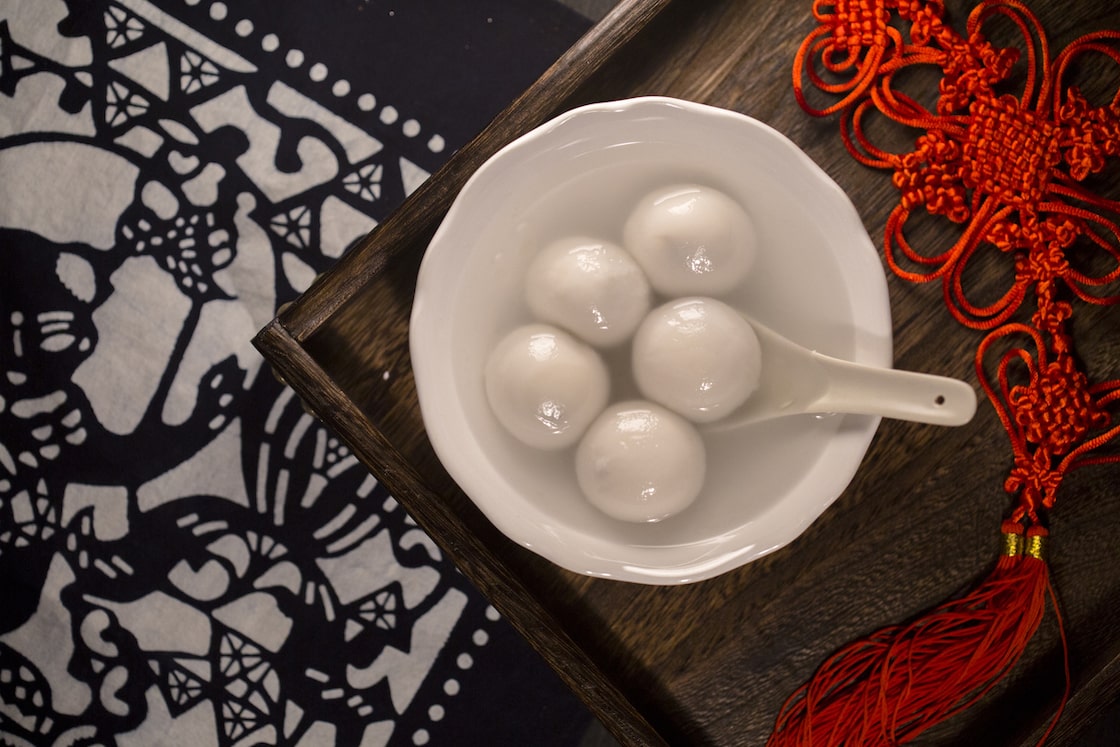 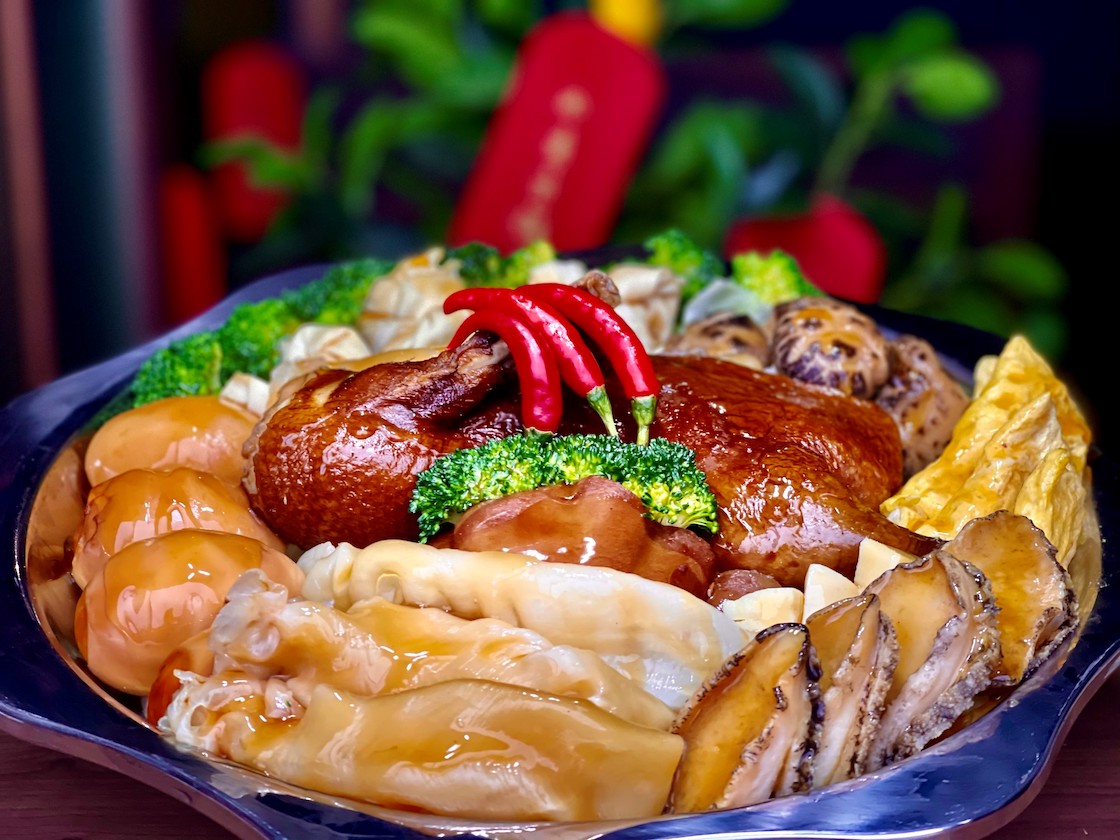 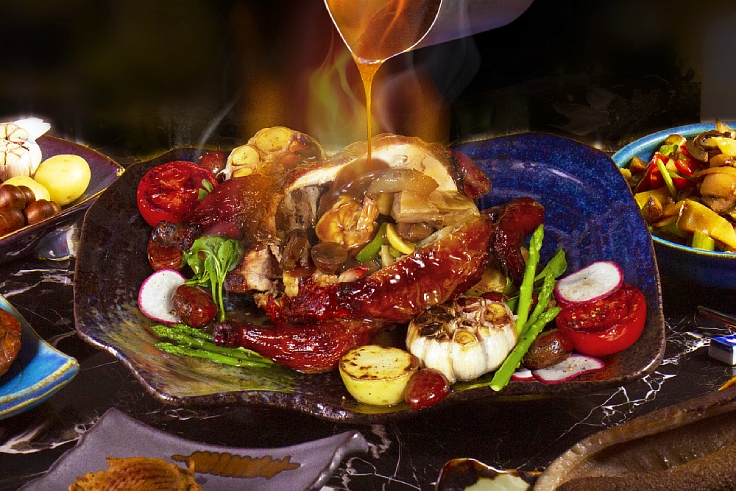 “Serving a whole chicken represents wholeness and prosperity,” explained Chef Wasan Jitjaroonruang of Dai Lou, a MICHELIN-recommended Chinese restaurant in Bangkok. “Chicken is also another visual signifier of unity and can be prepared in so many ways from poaching, grilling to roasting.” 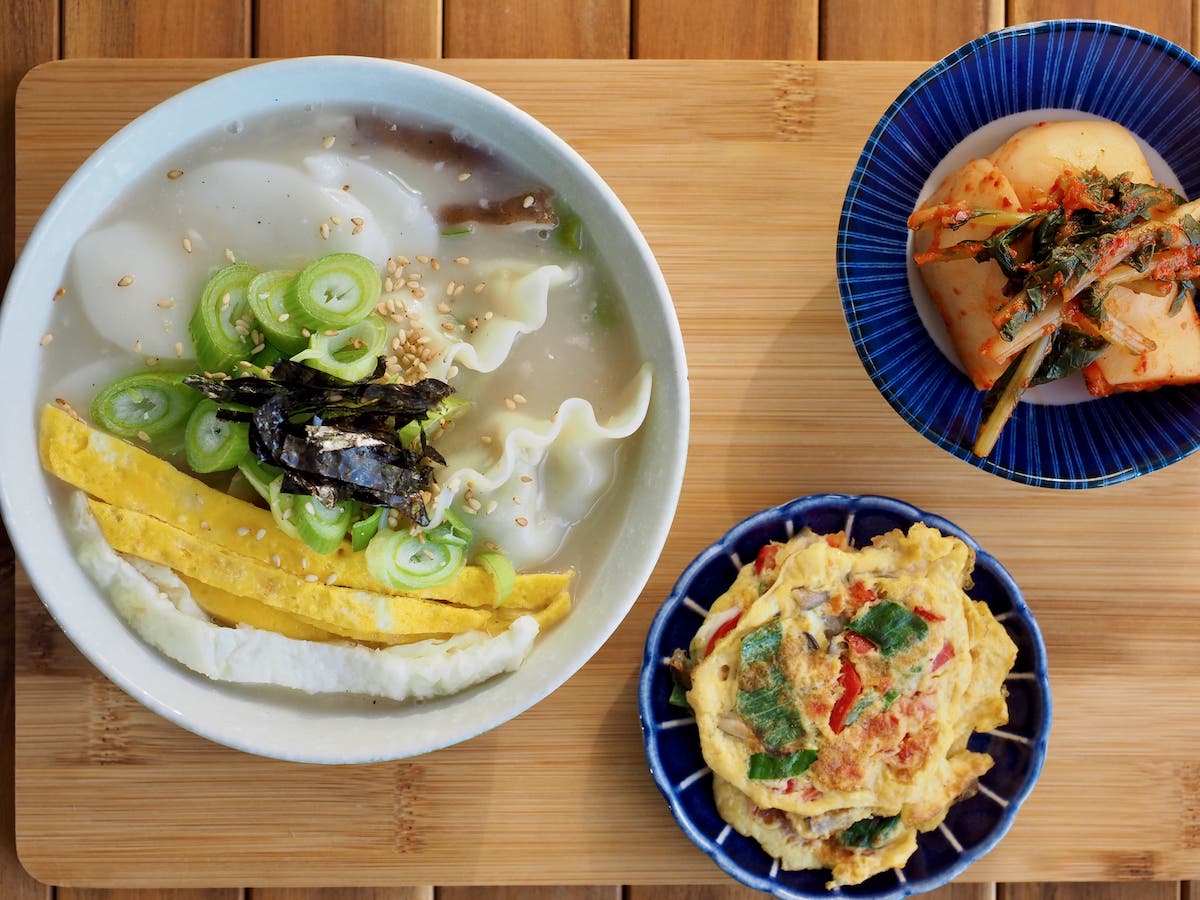 Chef Kim of MICHELIN-recommended Sanok says the many ways to cook and enjoy tteokguk vary from region to region. The recipes also differ from family to family. The broth is generally made by simmering a stock made from beef bones, but in some regions dried anchovies and kelp are used instead. He says that this difference makes this food more attractive. If someone gets married and makes tteokguk, a new recipe can be created by the new family.