It’s a Sunday morning. You woke up naturally and picked up a piece of sourdough fresh off the bakery oven. Now you’re just one simple question away from a brunch among the summer breeze: what do you have with the beautiful loaf? For many French families, cooked preserved meat – pâté, terrine and rillettes as we know them – is the kitchen essential handy in this situation. While these dishes might look and taste similar, there are subtle distinctions which gain each its supporters. Here’s a quick scoop on their features:
Pâté

The term pâté could refer to a paste combining ground meat or fish, herbs and spices, as well as texture modifiers like milk, egg or bread. Organ is often used to give the pâté an earthy character, with pâté de foie gras one of its most prized variations. Translated literally as fat liver, the labelling of foie gras in France means its production abides to regulations in feeding the fowl (duck or goose) and cleaning after butchered to ensure quality.

Liver in pâté is as much a binding agent as an ingredient to add flavour. Soaked and seasoned, the foie gras usually blended with minced meat, herbs and truffle. Pork liver is also commonly employed for the more rustic Pâté Campagne. Other than spread on bread, you’ll find the meat paste around cornichon, wine, or wrapped in puff pastry and baked to make the sumptuous Pâté en Croûte. 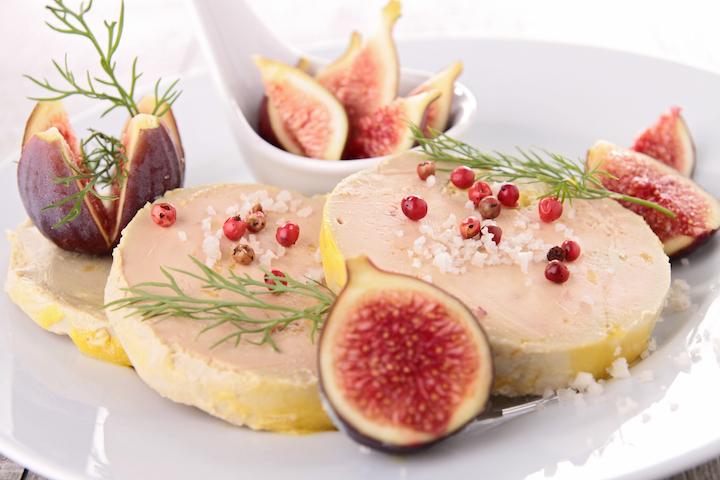 The name of terrine comes from the terracotta cookware from which the paste is cooked. It is a paste with meat processed to a fine texture, cooked and shaped as a loaf. By this definition, all pâtés qualify as terrines. However, a terrine could come with more layers, as boiled egg and gelatin are added on top of the pâté. The meat paste in such a terrine tends to be coarser than in pâté. There are also more types of animals adopted in terrine, from pork, duck to game meat like deer and boar.

To prepare terrine, all the ingredients are stacked in a container under some sort of fat, be it lard or bacon. It is then cooked and refrigerated under a weight. Through this compression process, air will be squeezed out to shape the loaf and give it a solid texture. Additional fat is sometimes drizzled on the terrine to preserve it for longer. Sliced terrine is always a welcome option as an appetiser or at a picnic. 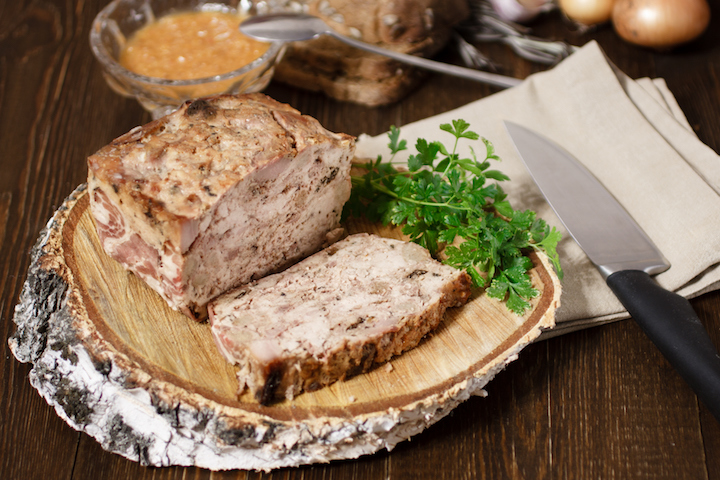 Rillettes is at best a distant relative to pâté and terrine in the forcemeat family. In rillettes, as in the latter, the meat’s consistency is transformed, but that is probably where the similarity ends. Rillette’s texture is loose with threads of meat visible, and its preparation process actually resembles another famous French cooking technique: confit. It cooks a whole piece of meat – pork belly or shoulder for instance, unground – in animal fat under low heat with minimal seasoning. A fluffy paste is born when the meat breaks down into shreds, bound by the thick meat jus. Whether served on crusty baguette or inside ravioli, the rich, gooey rillettes never disappoints.
Advertisement
Advertisement