On paper, few desserts are as humble and familiar as an apple tart, a righteous classic beloved across the world by home cooks and restaurant diners alike.

But in the hands of Chef Simon Rogan from the one-MICHELIN-star restaurant Roganic, open in both Hong Kong and London, it has become an acclaimed contemporary dessert to rival the greatest signature dishes.

See what our MICHELIN inspectors say about Roganic Hong Kong 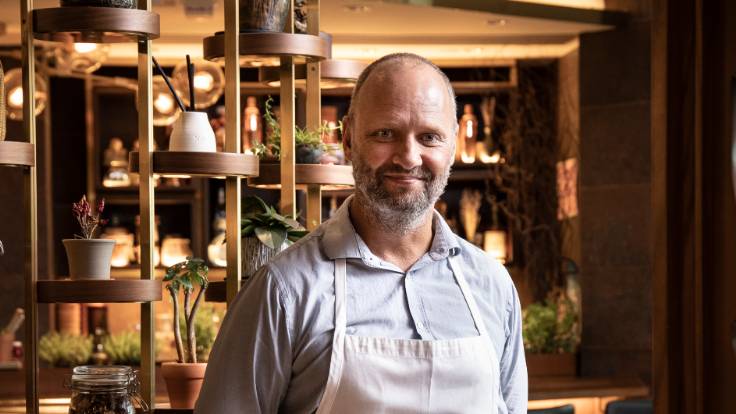 The dish first began to wow diners when he opened Roganic in London. He and his Head Chef Oli Marlow wanted to create a crowd-pleasing dessert. Rogan explains: "Oli’s favourite dessert is an apple tart so we put our own twist on the much-loved classic. Together with the help from our pastry chef and lots of practice, we perfected the product we serve today."

It is a modest assessment of a technical, decadent creation that has diners reaching for their phones to snap it every time it reaches their table. The spiral of impossibly thin layers of apple that look like the rings of a tree, the sweet, buttery caramel which envelopes them, the perfectly crisp pastry underneath — and a flawlessly-executed scoop of ice cream to accompany it. It is an inspired combination of texture and taste, presentation but unfussiness.

A MICHELIN UK Inspector Reveals The Best Dish He's Ever Had 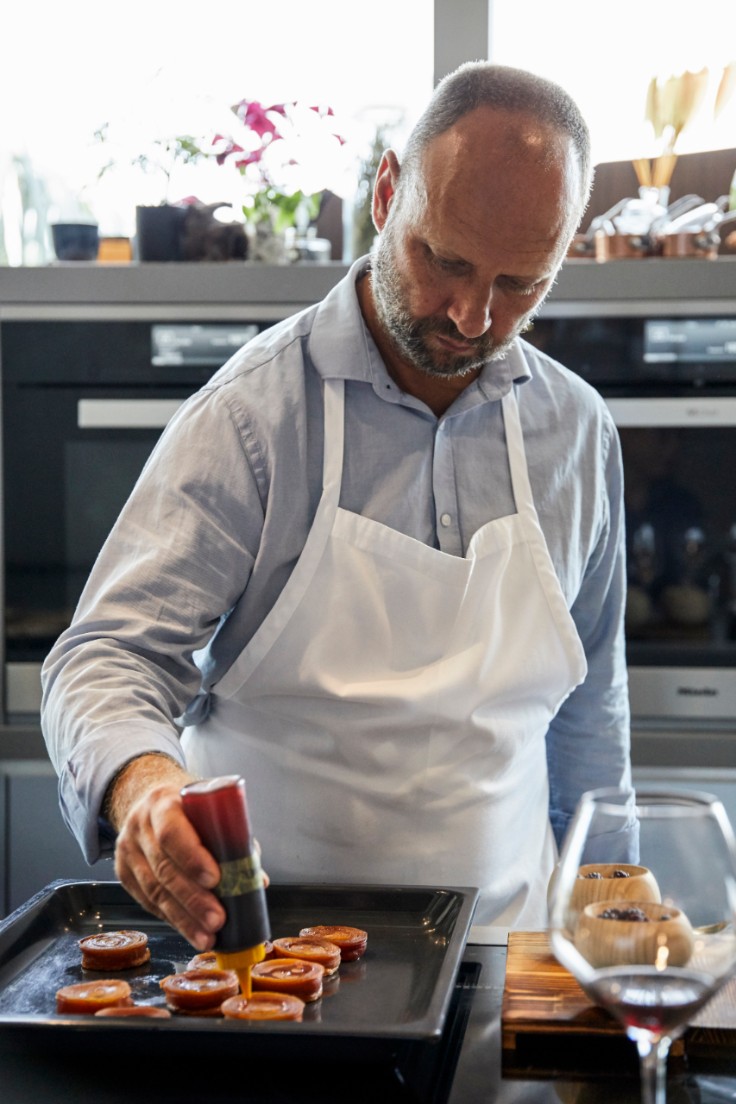 The art of simplicity

To anyone other than a chef with multiple MICHELIN Guide stars to his name, it is a work of art, but Rogan suggests that what makes the tarte tatin-esque dessert so sought-after is actually its simplicity.

"In my opinion, it really is just a great, simple apple tart which leaves guests satisfied. It’s one of those dishes that will always leave a smile on a guest's face," he says. "The one small change we have made is that we use a Japanese mandolin to create these lovely long ribbons with the apple. We then roll the apple back up into a rose and slice. The ribbons are then slowly cooked in caramel and we are left with the final product."

While Rogan says the process is the same as any classic apple tart, the multiple stages of preparing it require total precision, concentration and execution.

That sensational caramel — a heady if simple sounding mix of water, sugar, unsalted butter and sea salt — needs constant attention, while teasing the rose effect of the spiralled apple and setting it in the pastry is a serious lesson in dexterity.

A gauge of any dish is of course the number of orders it gets and Rogan explains that it has been a favourite with diners since Day One: "It’s definitely one of the most popular dishes we've ever served at Roganic. Whenever we take it off the menu we get complaints. So every so often, we buckle to the pressure and it somehow ends back on the menu. It is a really popular dish in the winter - when it’s a cold and miserable day, people want something comforting."

“Whenever we take it off the menu we get complaints.”

It is exclusively a Roganic dish, only served in Roganic London and Roganic Hong Kong, but that does allow for some occasional tweaks: "We try to keep the styles slightly different across the restaurants while sticking to the same practices, using the best local produce we can get our hands on." When made in London, the team uses Pink Lady apples when they are in season, and when made in Hong Kong, a local red apple is used in place. The garnishes vary depending on what is in season locally. The Hong Kong version recently featured fig leaf ice cream, while the most recent pairing in London is with woodruff ice cream, Rogan shares.

A sense of place

In common with any signature dish, the apple tart also reveals much about a chef's wider mission and approach to cuisine, which he tries to keep consistent across all of his restaurants in the UK and Hong Kong. "We try to use the best local produce that we can get our hands on, but we have to have slightly different styles and that’s where it helps to have the head chefs at each restaurant put their own spin and own influences on the dishes," Rogan explains.

"At L’Enclume we only serve tasting menus, and on any given night we could serve up to 20 plates of food to a guest. At Roganic, if you have three courses we need dishes that might be slightly larger and therefore more filling. We want the guests to look at a dish and think it looks simple with only three to four ingredients on a plate, so that when they taste it, they are blown away by the flavours of the ingredients," he adds. 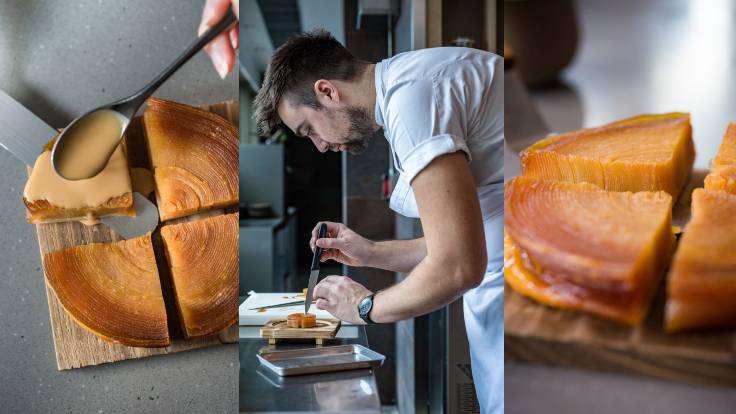 The emphasis on the sense of place has became more keen for Rogan than ever before. As we speak in the midst of the coronavirus crisis, Rogan is busy coordinating deliveries at one of his five restaurants, two-MICHELIN-star L'Enclume in the north west UK, where he and his team have been preparing nutritious dinners to the elderly in the surrounding villages.

"Obviously it’s a very tough time for all in the industry. We have always been a community-driven restaurant and 16 years since I first opened the doors to L’Enclume, I've been lucky enough to have the support of Cartmel and the surrounding villages. It's times like this when we all need to help one another and give back where possible.

"Like lots of villages in the Lake District, there are a lot of elderly people who rely on the help of others. Being a restaurant now is the perfect time to help. We have been making nutritious dinners, delivering to the people that are missing out on the support they are used to receiving from relatives and friends who are no longer able to visit and help."

The selflessness of the project is typical of a chef who has long been characterised by his generous approach: to his staff, customers, suppliers and community. 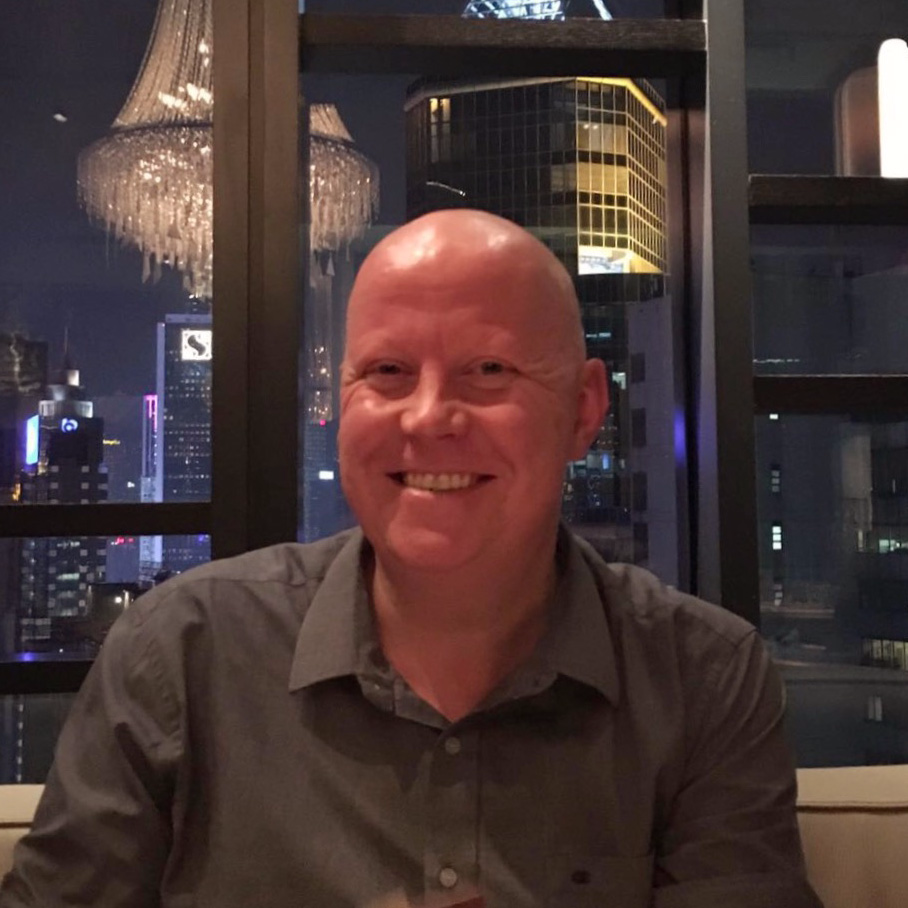