Four special awards were announced at the unveiling of the Michelin Guide Great Britain & Ireland 2021; a celebration of the hugely talented teams and individuals working in the hospitality industry in the UK and Ireland. Awards were given for:

Worthy winner of the Young Chef of the Year Award was Kray Treadwell of 670 Grams in Birmingham. Here’s what you need to know about him:

One to watch according to the Michelin Inspectors is up-and-coming young chef, Kray Treadwell. Kray hails from Solihull and began his culinary journey working for fellow Solihullian, Glynn Purnell; first at The Asquith in Edgbaston and later at Michelin-Starred Purnell’s in Birmingham.

Kray also spent time at Michael O’Hare’s Michelin-Starred Man Behind the Curtain in Leeds; working his way up to the position of Head Chef, where he remained for two years.

Michael’s influence was clear to see in Kray’s dishes for the Great British Menu, which he took part in in 2019. The theme was fifty years of British Music and Kray’s imaginative dishes included a dehydrated ray wing styled to look like a punk’s mohican and a Sunday Roast which paid tribute to Brummie legend Ozzy Osbourne.

Kray returned to Solihull in 2019, taking part in various pop-ups, and in 2020 he took the plunge and launched his own restaurant, 670 Grams, in the Custard Factory in Digbeth. This intimate eatery is named after the weight of Kray’s daughter when she was born prematurely, and comes with an urban, take-us-as-you-find-us vibe, pumping rap music and graffitied walls.

The sign outside labels the restaurant 'Modern Abstract Fine Dining' and there’s no doubt that Kray’s cooking is highly original, playful and creative. The daily changing 10 course tasting menu delivers some intriguing flavour combinations, and contrasts of texture and temperature are a recurrent theme.

Dishes enjoyed by the Michelin Inspectors include ‘lamb + dressed + mutton’, which featured rich tasting, crispy lamb neck on a bed of pickled cabbage; and ‘lemon curd + burnt white chocolate + bacon’, an intriguing dessert in which the bacon added some crunch and a welcome salinity.

Opening a restaurant is difficult enough; doing so during a pandemic throws up all sorts of unexpected challenges. The Michelin Inspectors look forward to following Kray’s progress once restaurants reopen. 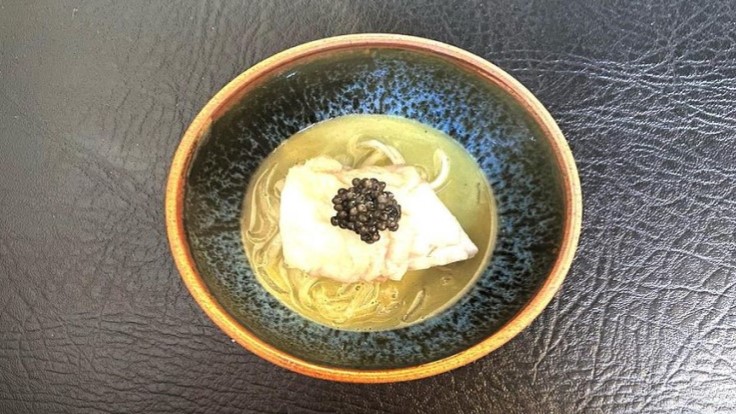 4-hands Hungary 2022 One MICHELIN Star
All articles of Features