Back in February 2016, Paul Foster took a great risk; leaving his position as head chef at Mallory Court in Leamington Spa – where he had been for two years – in order to launch a Kickstarter campaign.

The aim of this crowdfunding venture was to help Paul fulfil a lifelong dream – that of opening his own restaurant.

It was a tense and emotional time for Paul and his wife Rhiain, but by March 2016, with the help of friends, former colleagues – and some savvy social media – Paul had reached his target of £100,000.

More emotional upheaval followed as Paul and Rhiain searched for a suitable venue for their restaurant and finally, in March 2017, Salt in Stratford-Upon-Avon opened for its very first service.

Praise and plaudits followed and on 1st October 2018, the ultimate accolade was bestowed as Paul was awarded with a Michelin Star.

Paul’s vision was to create ‘a fine dining restaurant using the best produce, served in a relaxed atmosphere where you can sit back, relax and enjoy your dining experience.’

The Michelin Inspectors agreed, describing Salt as a lovely, unpretentious restaurant with a laid-back atmosphere and friendly service.

They praised its use of carefully sourced, first rate ingredients and referred to Paul’s cooking as refreshingly unfussy with clear, defined flavours and restrained originality.

The advice from the Michelin Inspectors is to sit in the rear of the restaurant opposite the open kitchen; this allows you to watch the talented chef at work.

If it’s good value you’re after, come midweek for lunch; Friday and Saturday nights are when you can try the tasting menu, which shows off Paul’s creativity to the full. 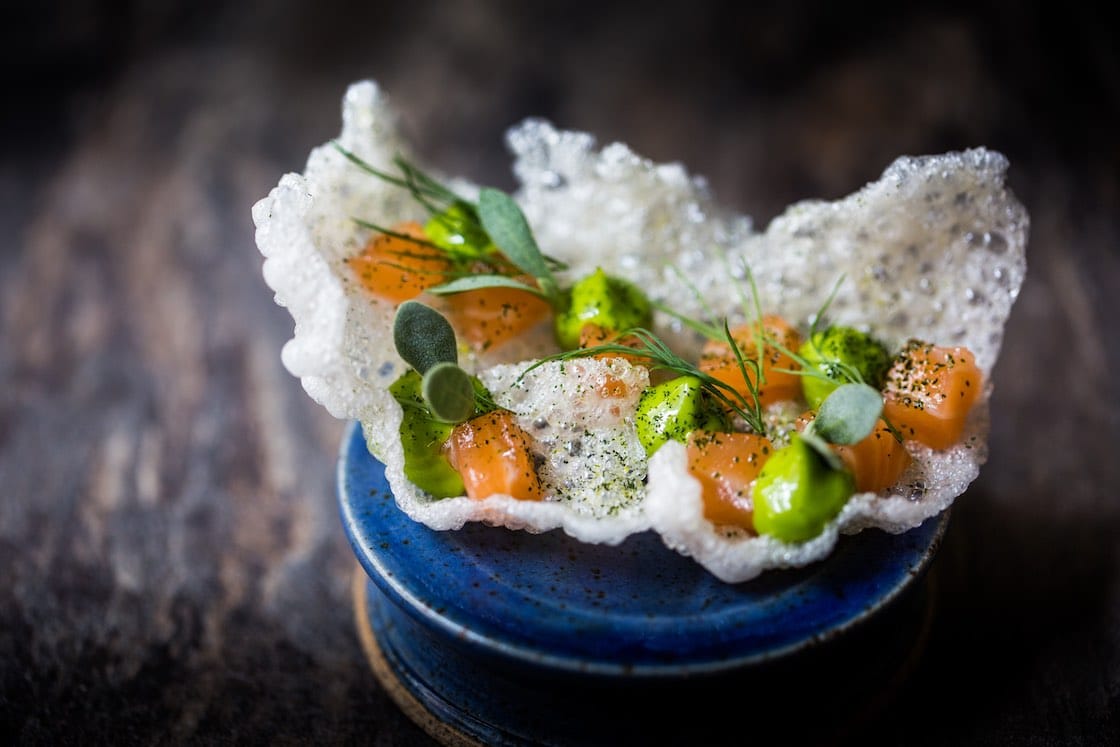 Not being the kind of person to rest on his laurels, Paul has recently published his debut cookbook, simply named Salt.

And what’s next for this ambitious young chef? We look forward to following his next steps, wherever they may lead…