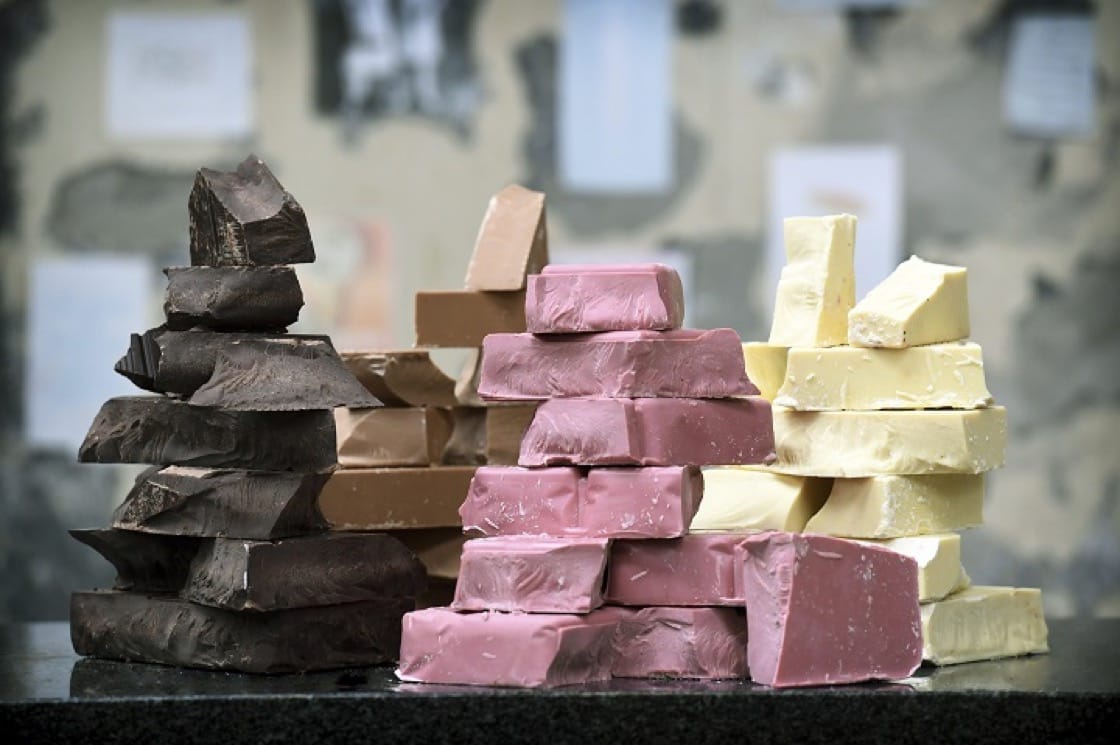 For decades, dark chocolate, milk chocolate and white chocolate have been regarded as the trifecta in the world of chocolate. But a monumental shift took place when the largest chocolate manufacturer in the world, Barry Callebaut, unveiled its ruby chocolate in September 2017.

To make chocolate, cacao beans need to be fermented, dried, roasted and ground to obtain cacao juice, which is then transformed into cacao butter, cacao powder, cacao block and, eventually, chocolate. Different varieties of chocolate are made with different percentages of cacao, with dark chocolate boasting the highest concentration of cacao content (70% to 99%).

Cacao bean is the essential ingredient in producing chocolate. Reasonably, it is the deciding factor in the chocolate’s taste, colour and texture. As for ruby chocolate, it is distinctive from matcha, banana or other flavoured chocolate in the market. Its suave hue is derived from the raw material: ruby cacao bean. 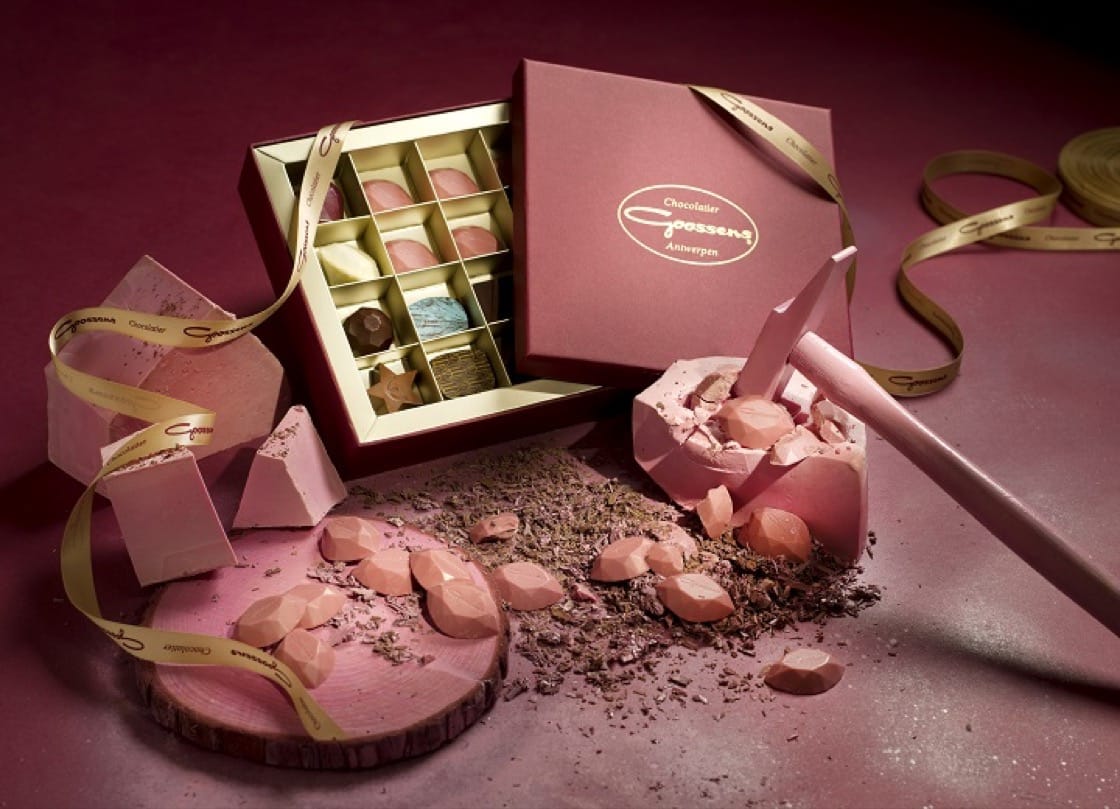 The primary origins of ruby cacao beans are Brazil, Ecuador and Ivory Coast. These beans possess a natural light pink shade and that colour is translated into ruby chocolate. Taste-wise, ruby chocolate is sweet with mild acidity and the fragrance of berries. It’s not uncommon for first-time consumers to suspect berries were added to the chocolate in production.

Michael Chan, a representative of Koffie D’Anvers, the first brand launching ruby chocolate for retail in Hong Kong, said it encountered certain challenges in promoting it: it looks too much like strawberry-flavoured white chocolate.

“Ruby cacao beans have a low yield to begin with. The chocolate is handmade by the chocolatier from Goossens in Belgium and delivered to Hong Kong by air. So the production cost is high and the end product isn’t cheap either. A box set with 16 pieces of ruby chocolate is sold for HK$400 (S$70). When it first went to the market, the reaction was lukewarm. But we believe the customers will grow to accept it as they become more familiar with this new type of chocolate,” he said. 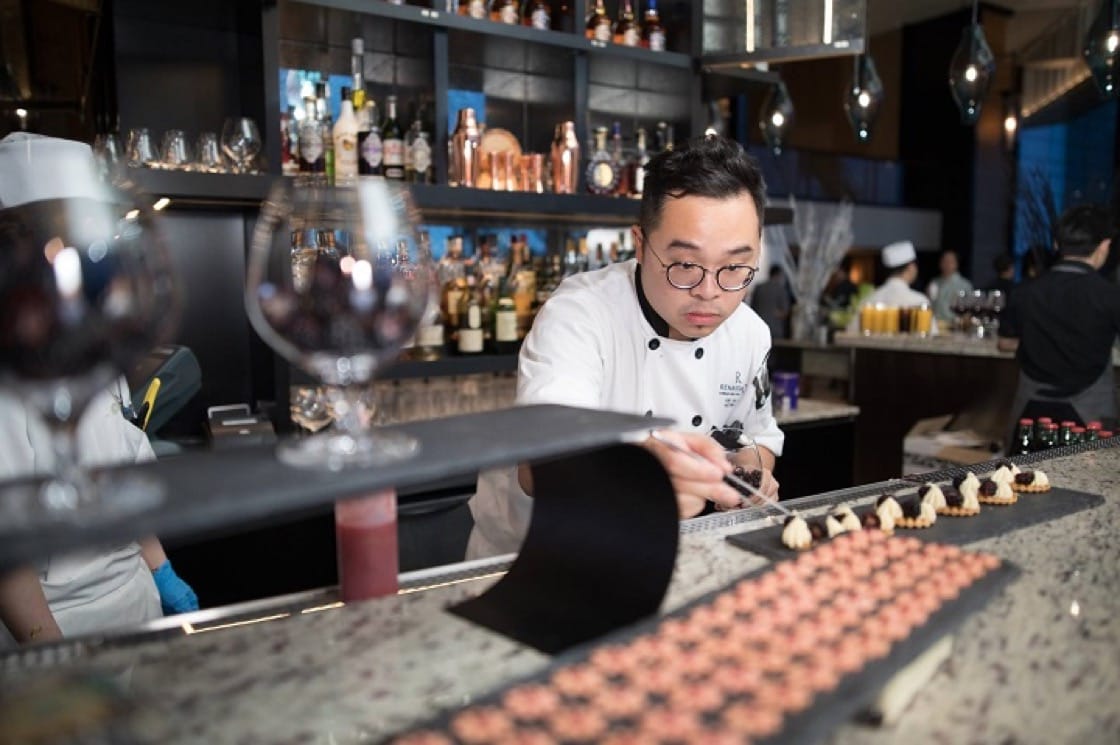 Barry Callebaut discovered this one-of-a-kind cacao bean as early as 13 years ago. However, since the flavour and colour of ruby chocolate are so drastically different from the customers’ established impression about chocolate, its release was postponed. Later on, the chocolate market suffered from the image of being fattening. That rekindled the company’s desire to push ruby chocolate forward to stimulate public interest, as it invested more resources to collaborate with the analysts from Belgium and Jacobs University in Germany.

Chocolate is often associated with the feelings of joy. The theobromine it contains is a spirit booster. Ruby chocolate adds another layer of attraction through its bright hue. Within the spectrum of chocolate, its sweetness and fruity, sour notes make for a pleasant counterpoint to the bitter dark chocolate.

“Its flavour is a combination of beetroot, berries and cacao. It goes very well with sour fruit and cheese, or even ham and smoked meat,” said Roger Fok, pastry chef at Renaissance Hong Kong Harbour View Hotel. He created a range of ruby chocolate desserts for Barry Callebaut. Among those are ruby chocolate cheesecake and fish biscuit with ruby chocolate and beetroot. 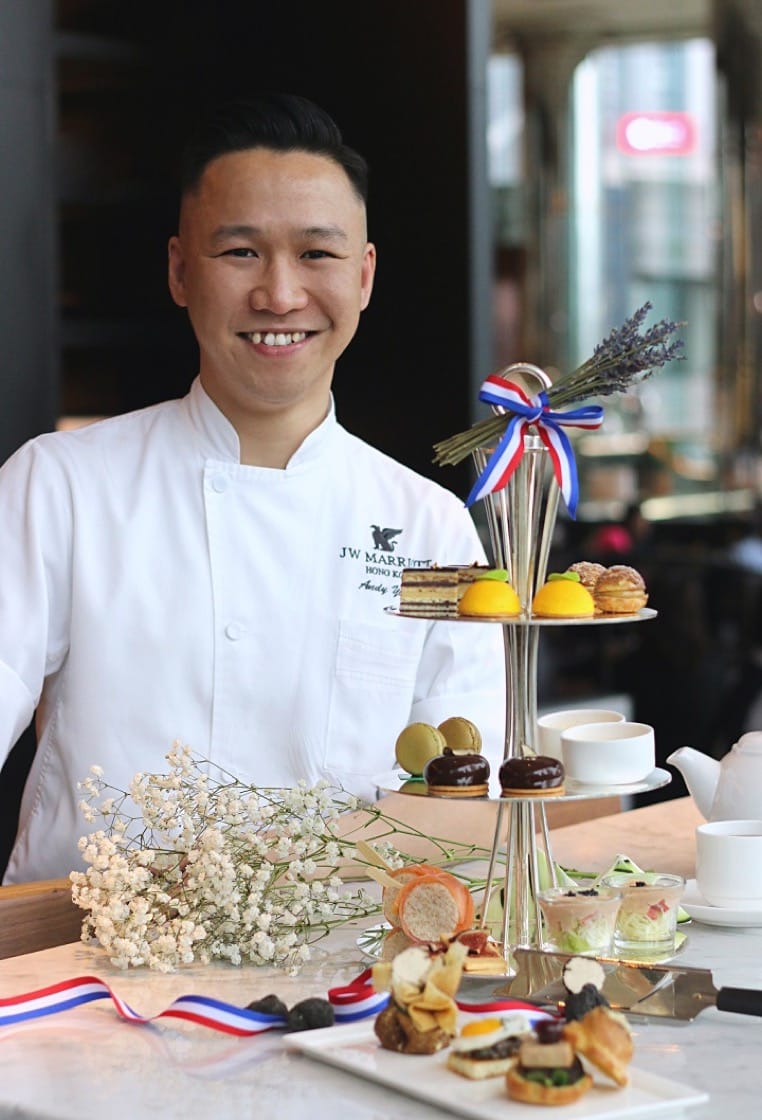 JW Marriott Hotel Hong Kong’s executive pastry chef Andy Yeung is another chef who has cooked with ruby chocolate to help promote it for Barry Callebaut. He prepared bacon and ruby chocolate cookies for a media tasting.

“Since this chocolate has a sharp, natural fruitiness and sweetness, it’s perfect for more salty ingredients like bacon and ham. The sour aroma of balsamic vinegar also an ideal pairing option,” Chan explained. He also gave a tip to home cooks interested in buying ruby chocolate to make desserts. As the pinkness of ruby chocolate occurs naturally, it fades more easily than artificial colouring. This happens especially when the chocolate is mixed with liquids like

water and cream. The endearing pink colour could turn grey, affecting the outcome of the dessert.

“For this reason, ruby chocolate is not suitable for mousse cake or milk pudding. Colour is very important to desserts and grey is not that appetising. If you really want to use it in mousse or milk pudding, you need to add fruit pulps to strengthen the colour,” Chan added.

Some natural disadvantages aside, the unique taste and fruitiness of ruby chocolate still mark its potential. Almost immediately since launching, it caught the eyes of various chocolate makers, high-end or mass market-oriented alike. Nestlé is among the keenest labels to team up with Barry Callebaut. Its Ruby Kit Kat hit the market in January 2018 as a seasonal limited edition product in Japan, receiving fine reviews from the customers. Be expected to see a surge of ruby chocolate items when it becomes more known among the public.
This article was written by Joe Chan and translated by Vincent Leung. Click here to read the original version of this story.