Technique Thursdays: Why Asian Breads Are Softer Than European Breads

The key difference lies in the dough’s chemistry: “Western-style bread has zero fat – its main [components] are flour, salt and water,” says Daniel Tay, founder of Old Seng Choon – the modern revival of his parents' confectionery which operated from 1965 to 1996. “Asian-style bread is high in fat and sugar – about 15 per cent ft and 25 per cent sugar. These two work together to give the soft texture.” 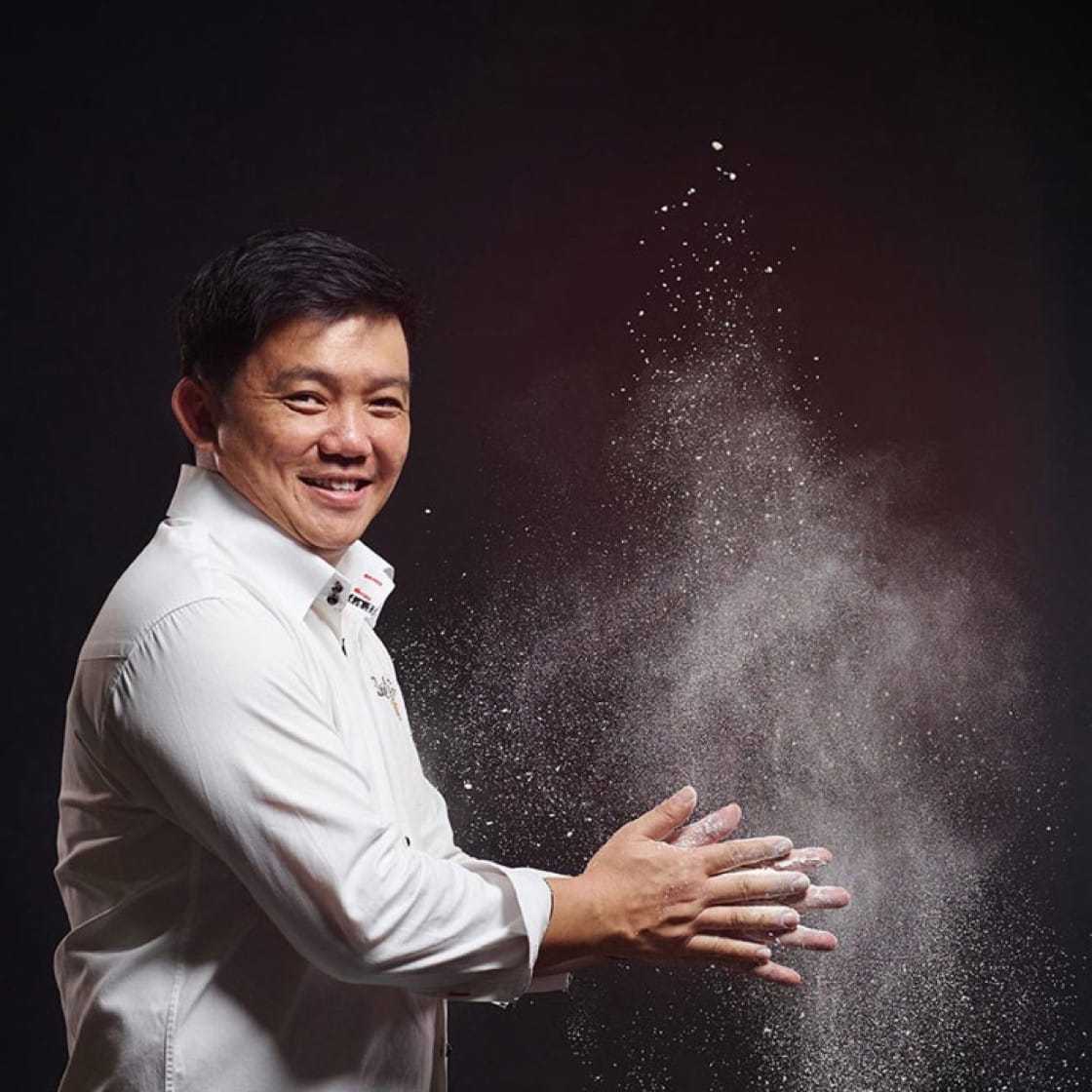 The successful pastry chef turned entrepreneur has seen the ebbs and flows of trends. He's the man behind brands like Bakerzin to Cat & The Fiddle and counts reputable establishments like two-Michelin-starred Les Amis and French delicatessen Fauchon as former work places. He also runs Foodgnostic, a food solutions manufacturer. Tapping into his knowledge of bread baking was merely dipping one’s toes in the rich reservoir of his experience and technical savoir faire of the baking sciences.
“I know it’s been trendy to eat crusty bread recently," he says. "But are most of us trained to eat that from young? Not to me.”

Indeed, it was only in recent years with the profusion of gourmet bakeries like Artisan Boulangerie Co and Baker & Cook that Western-style bread took centre stage. Otherwise, the bakeries that churn out soft buns still prevail and are found in just about every turn. This softer variant of bread has been the dominant preference for local tastes, so much so that even top end restaurants like two-Michelin-starred Odette take it into consideration when composing the bread basket. 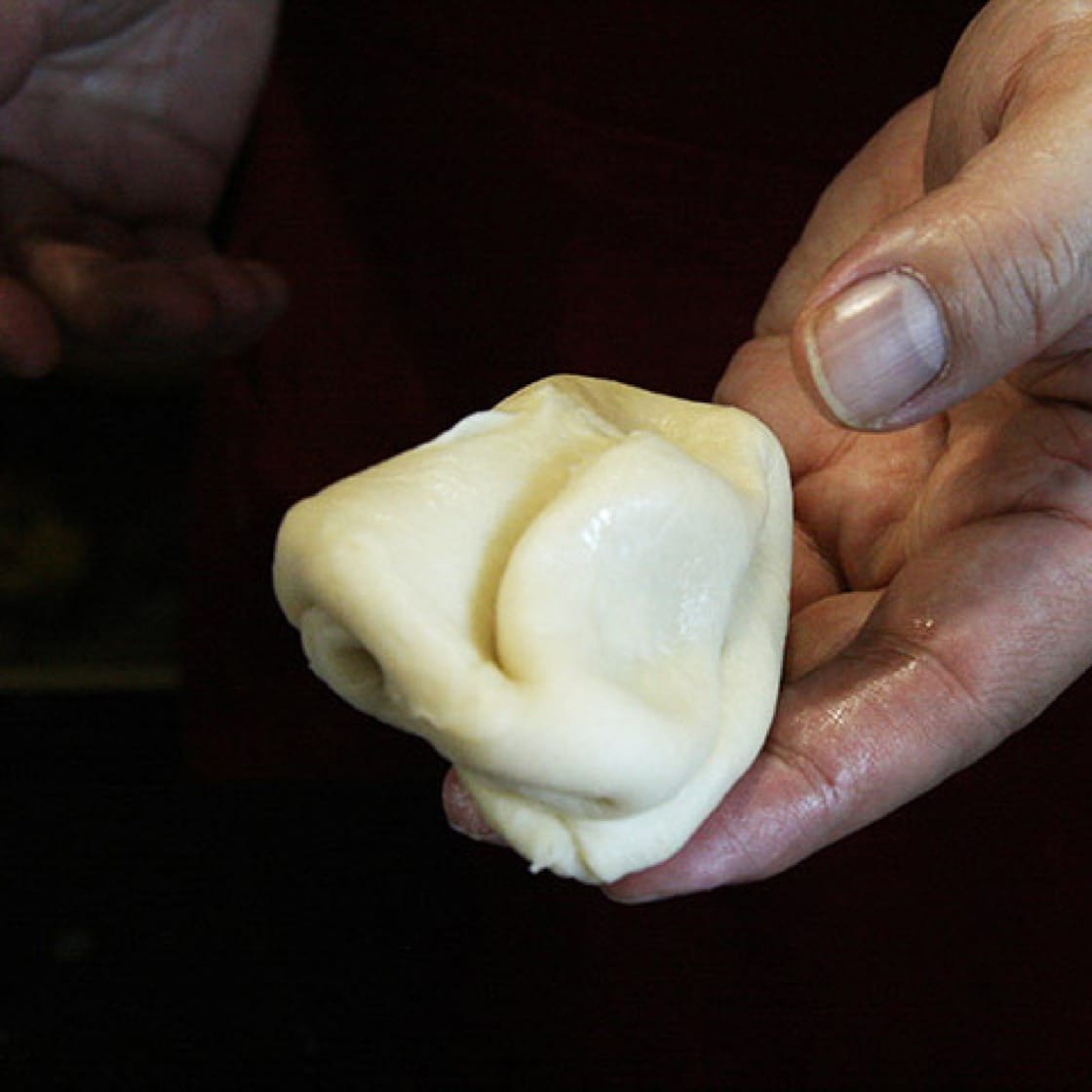 Tangzhong Dough
But the difference doesn’t end at just fat and sugar content. Asian-style breads are also made by adding a Japanese-invented dough called tangzhong.

“The Japanese realised that by cooking the flour, the dough absorbs all the water. This cooked dough is added into the rest of the bread mixture which gives a moister mouthfeel,” says Tay.
In this method, equal parts flour and boiling water is mixed in a pan. Once it is cooled, the dough can be added into the actual bread mix to comprise 5-10 per cent of its total weight.

SEE ALSO: Technique Thursdays: The Untold Artistry of Fondant Cake Sculpting
How It Is Made
Tay has kindly provided his recipe for those who wish to make these soft buns at home. This forms the basic recipe sweet bun recipe from which modifications can be made. Bear in mind that sour dough can be omitted and to use strong bread flour of 12.5 per cent protein for both the main as well as tangzhong dough for better gluten development. 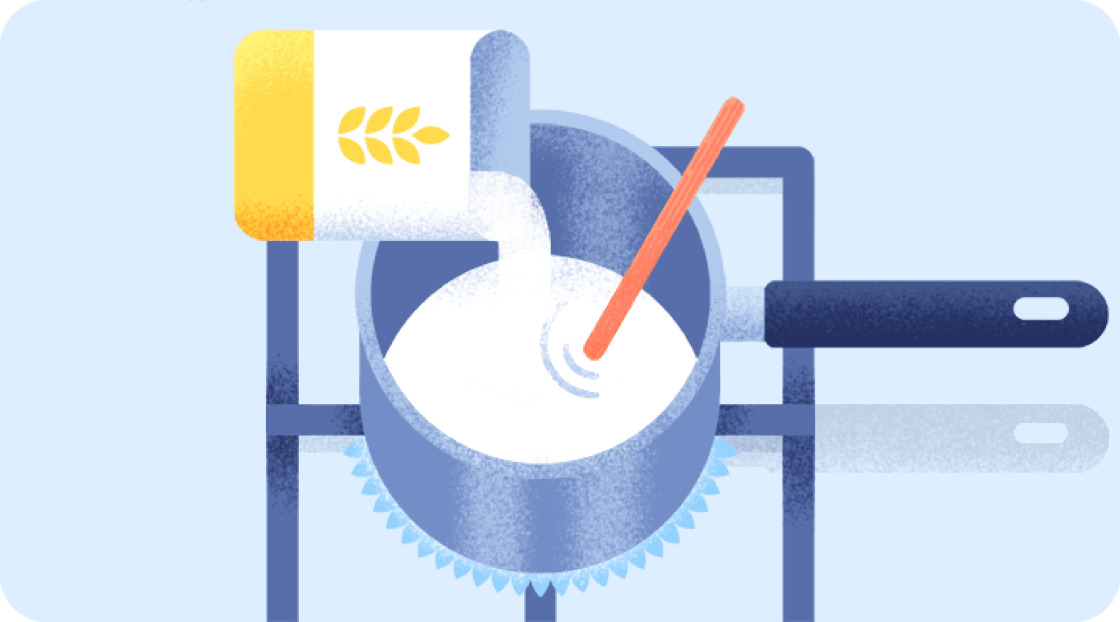 Illustration by: Siow Jun
Step 1: Make the tangzhong dough
Bring 100ml of water to a boil in a pan and add 100 grams of strong bread flour. Stir quickly and remove from fire to prevent the dough from over cooking. 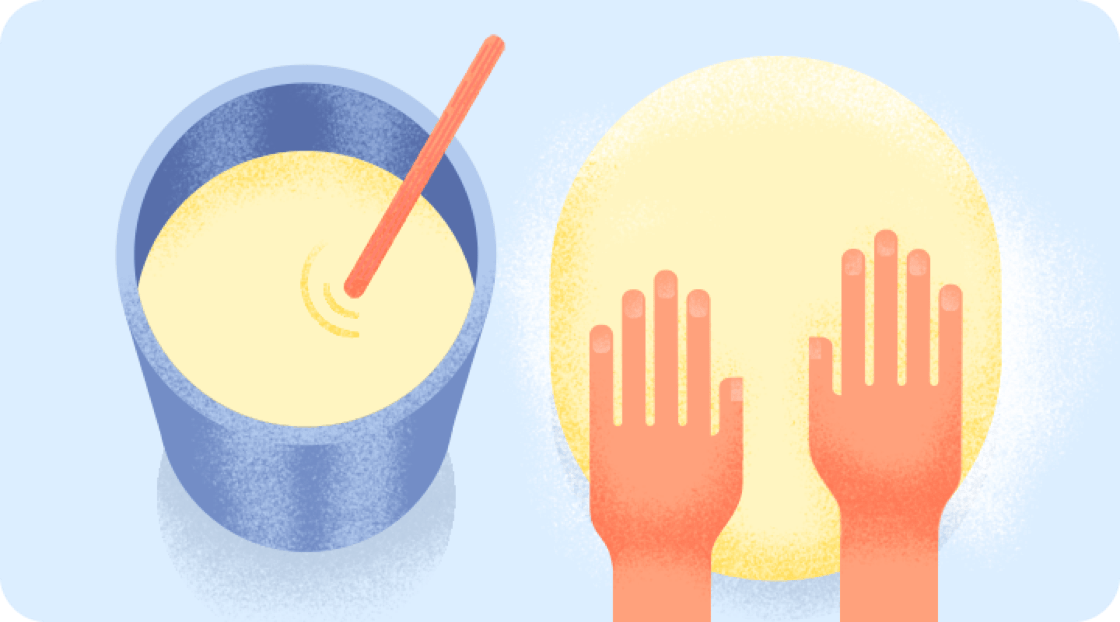 Illustration by: Siow Jun
Step 2: Let it cool
Continue knead the dough with a spoon or by hand if cool enough until dough is formed. This step is crucial as adding a warm dough into the rest of the bread dough will alter the temperature. 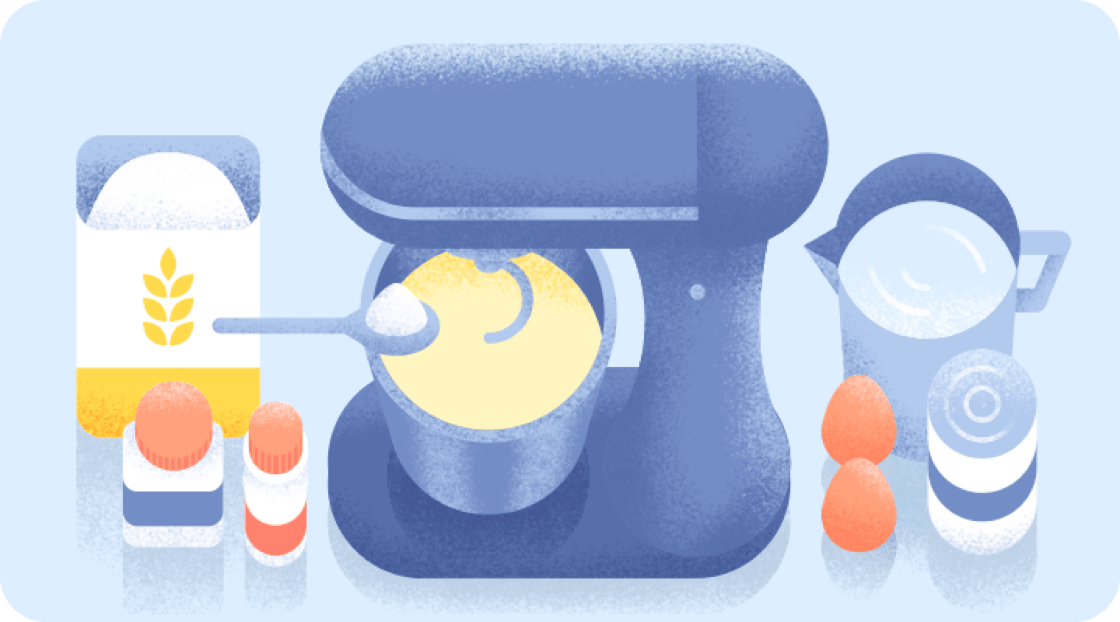 Illustration by: Siow Jun
Step 3: Make the bread dough
Place flour, yeast, bread improver, sugar, milk powder and salt into a mixing bowl and stir until well-mixed. Then add in the eggs, condensed milk and water and start the mixer with a dough hook. 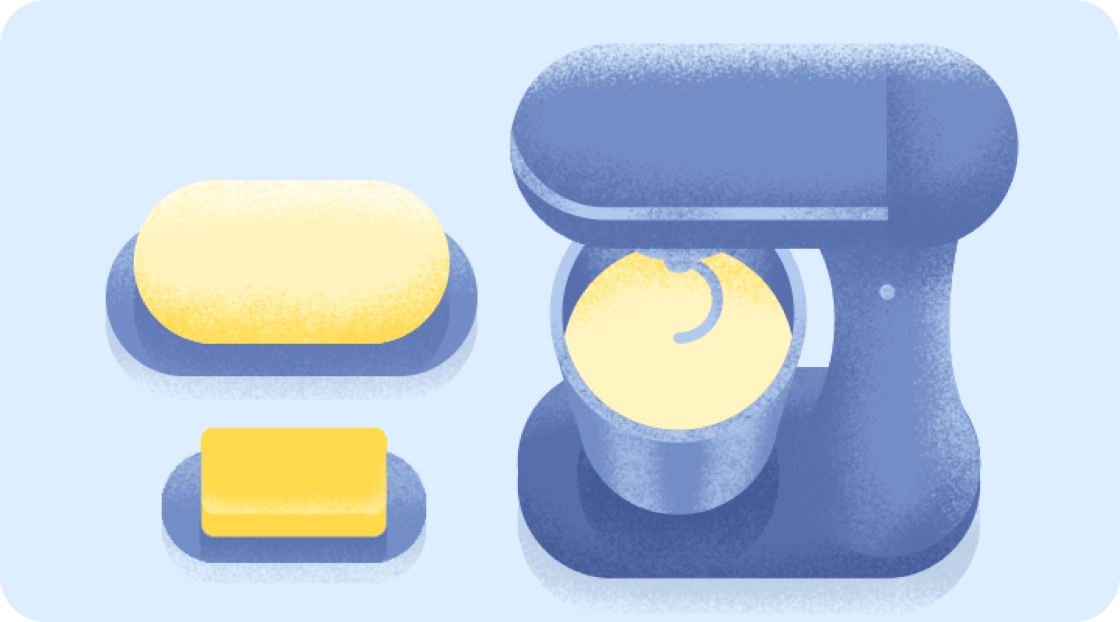 Illustration by: Siow Jun
Step 4
Add the tangzhong dough first and continue to knead. At this stage, the dough would've developed gluten. Next, add the unsalted butter and knead until dough starts to make slapping sounds against the mixing bowl. 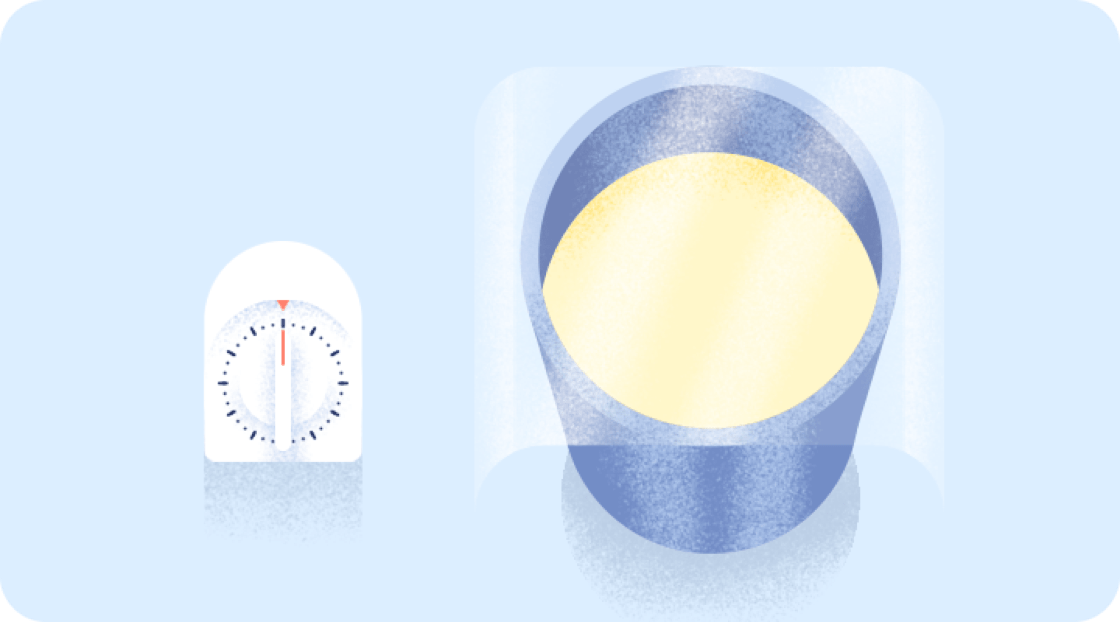 Illustration by: Siow Jun
Step 5: Let it rise
Cover the bowl with clean wrap film or a cloth and allow the dough to ferment for approximately one hour. Place the bowl in a cupboard or space away from heat and moving air. 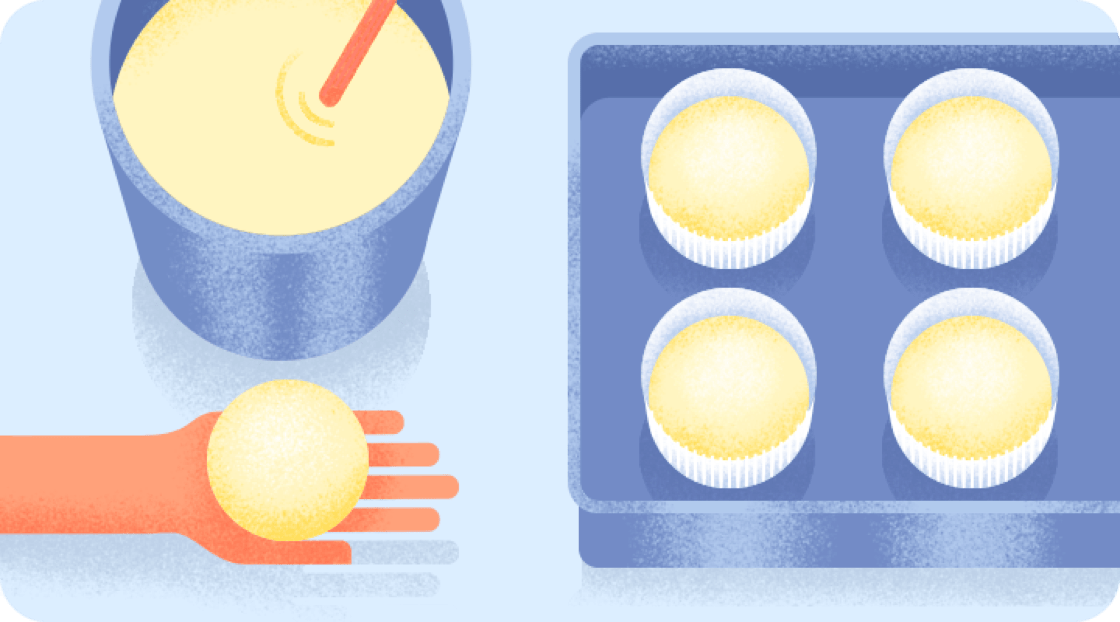 Illustration by: Siow Jun
Step Six: Shape
Shape the dough into round balls and insert your choice of filling if any. Place the dough balls into small paper holders similar to the ones for cupcakes. 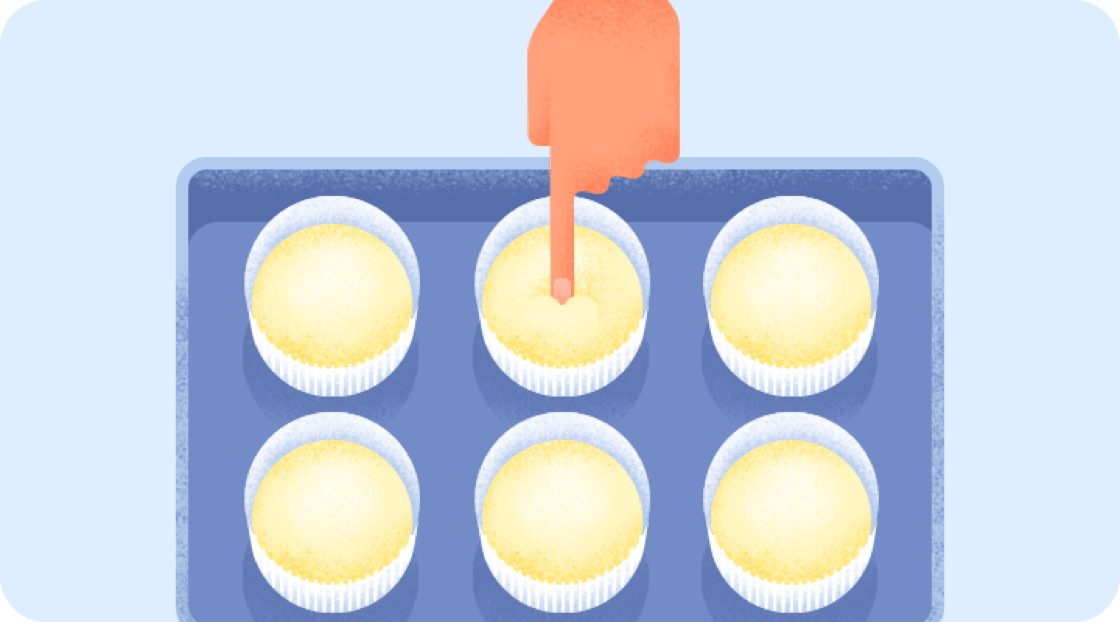 Illustration by: Siow Jun
Step seven: Let it rise (again)
Proof the dough again in the cupboard away from heat and moving air and let it rise until it is 2 ½ times its normal size. To see if it's ready, poke it gently with your finger and the dent made should only return half way up. As the dough proofs, pre-heat the oven to 200 degrees celcius. 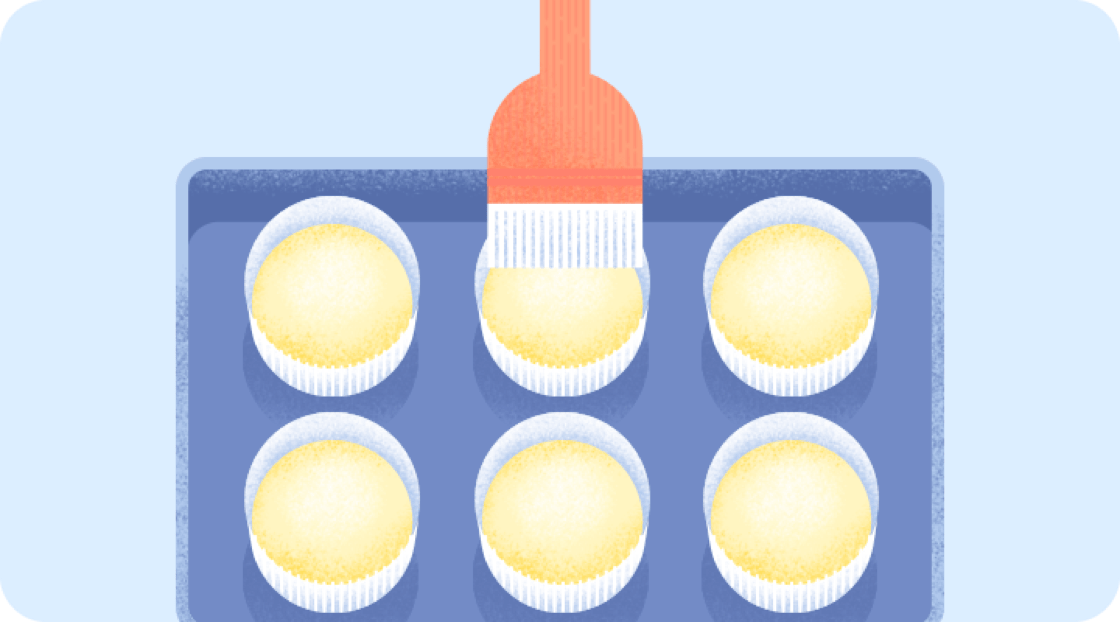 Illustration by: Siow Jun
Step 8: Give it colour
Beat one egg and lightly brush over the top of the bun. This gives the bun a sheen when baked. Be sure to avoid the sides or drips. 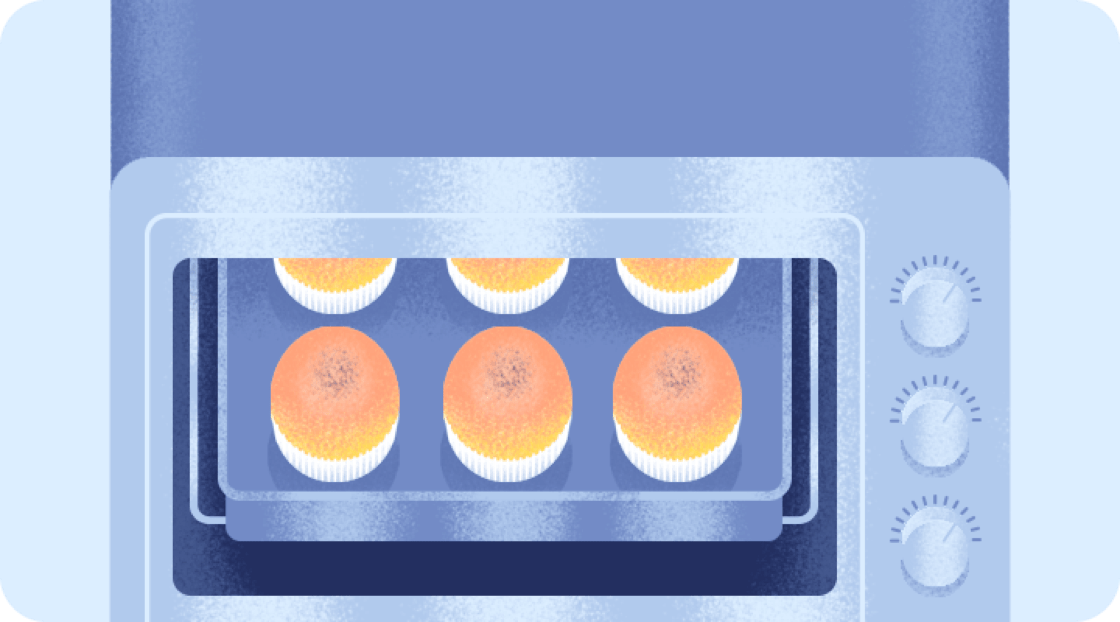 Illustration by: Siow Jun
Step nine: Bake!
Bake for 18 minutes or until golden brown. Remove and allow to cool. Enjoy.