A Guide to Cured Olives

Cured olives—tangy and well-rounded—grace our palate in more ways than you can imagine.

Imagine how vastly different Mediterranean cuisine would be without olives. From the beginning of Western civilization, the oblong fruit is omnipresent in Italy, Spain and countries beyond. Its significance is noted even in Greek mythology, when Athena sent olive trees to the citizens of Athens as a wish for abundance and peace.

Today, olives are one of the world's most extensively cultivated crops. In 2011, as much as 9.6 million hectares of farmland was dedicated to this fruit, most of which were centered around Mediterranean countries, including Spain, Italy, Greece and Turkey. Given its many culinary applications, coupled with the fact that the trees that can literally live up to hundreds—if not thousands—of years old, it's little wonder why. 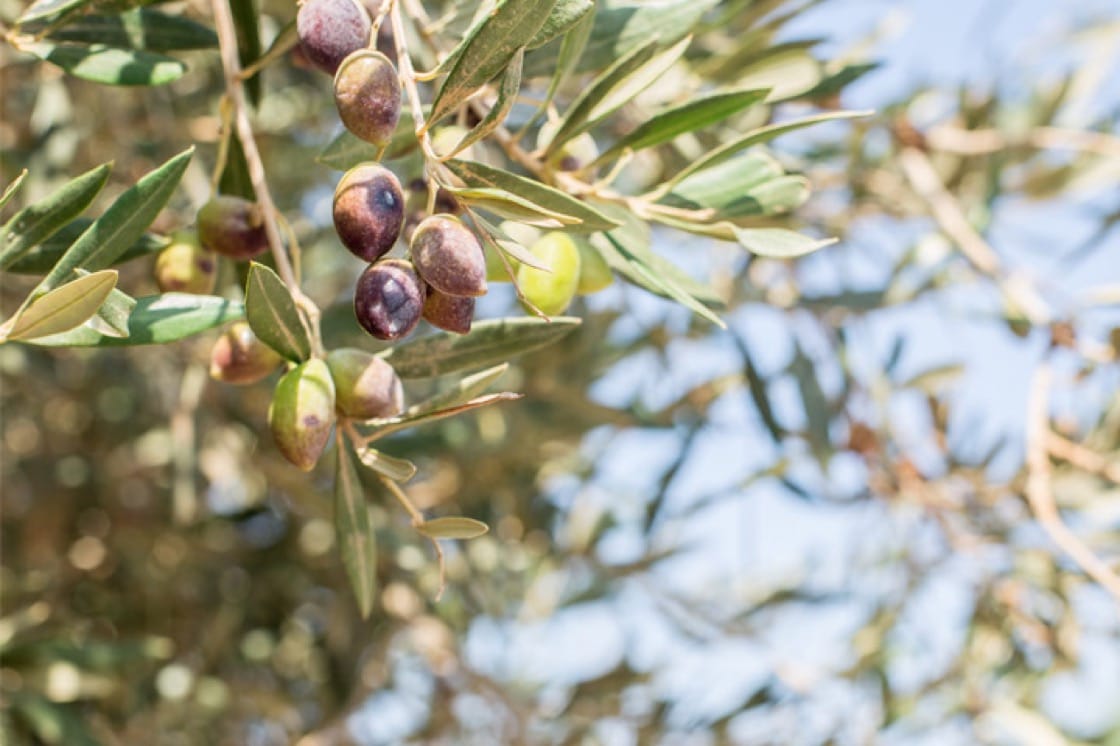 But despite its utility, a fresh olive is surprisingly bitter due to its phenolic compounds. This is where curing comes in: ancient mankind figured out that preserving the fruit reduces the bitterness and makes it far more palatable.

The technique to cure olives was said to have originated in Ancient Roman times and later developed into a kaleidoscope of styles. Besides removing the bitter compounds, the olives maintain their bright color and mellows into appetizing sweet and sour notes.

More often than not, different dishes call for specific kinds of olives. The choice of curing method plays a big part in giving distinctive characteristics. While there are more complexities to how each variety is made, the curing process can be generally divided into three main categories:

This method usually involves steeping black or dark purple olives in salted water, sometimes for an extended period, for a deeper flavor. It’s one of the more traditional treatments, with the brine extracting the fruit’s natural sweetness. The Chardonnay jalapeño olive is a notable recent spin-off; the addition of Chardonnay to the brine gives the chile-stuffed olives a crisp acidity.

Water-cured olives are scored then soaked in a bowl filled with cold water; the process verges on the lengthy end and requires patience to replace the water every day. Because they are mild in taste, the olives take on seasonings such as chile, garlic and vinegar. 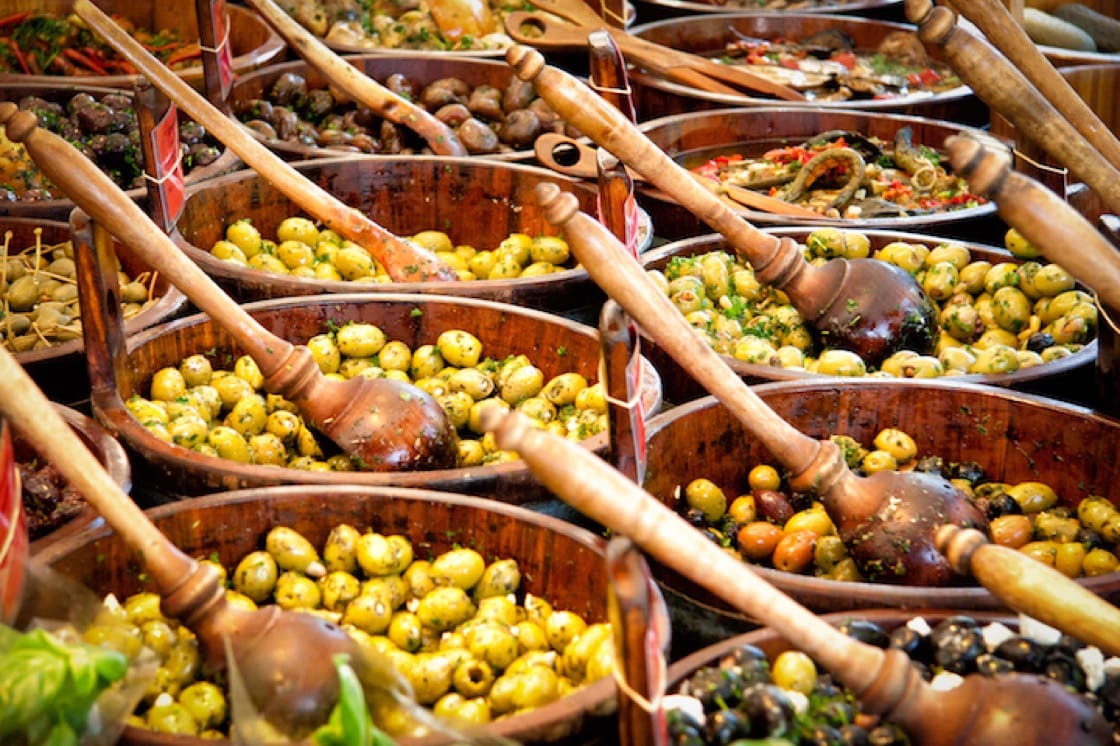 Dry-cured olives are rubbed with salt and air-dried for a month to remove moisture and bitterness. The olives are then placed in olive oil to take off excess salt and soften. Among the olives prepared in different curing techniques, the dry-cured ones have the strongest taste and a rough skin that makes them immediately recognizable.

These three fundamental curing techniques are used on various types of olives. Below are some of the most prominent varieties:

Born in the eponymous city in Southern Greece, Kalamata olives sport a gorgeous lilac hue and boast a rich flavor even when freshly-picked. Therefore, they produce premium olive oil. The cured fruits are usually immersed in wine vinegar or olive oil for a rich and meaty texture. 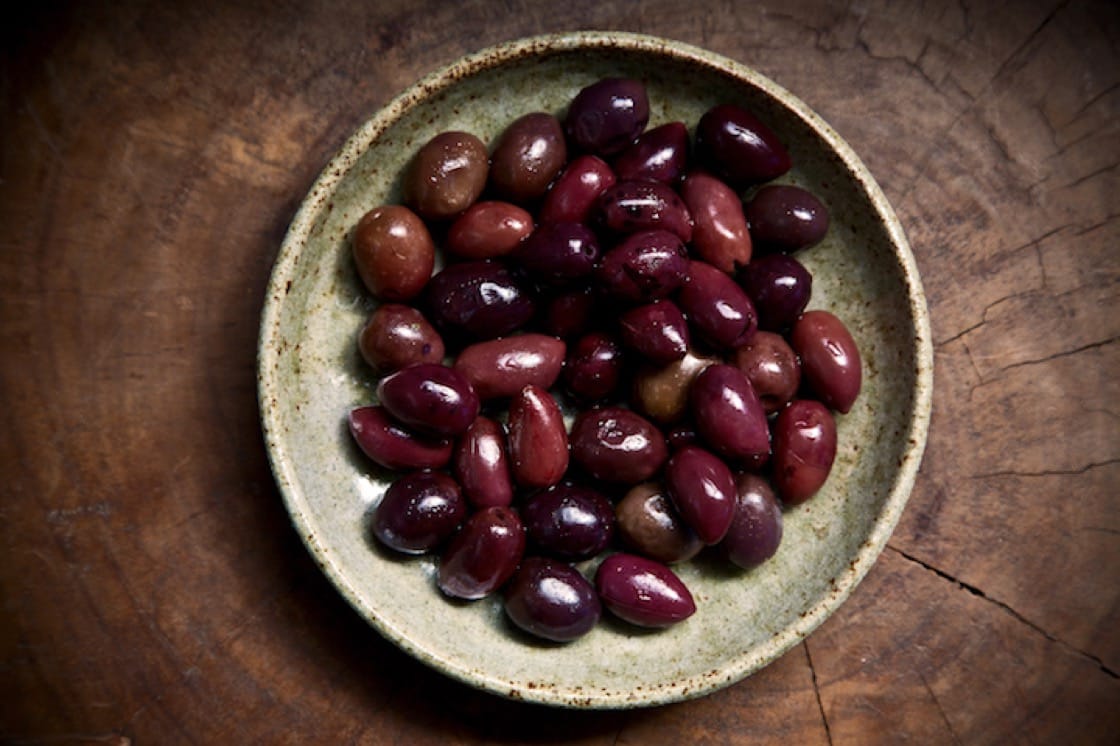 The Amfissa olive is exclusive to fruits grown and prepared in Delphi, Greece, from a specific kind of tree named konservolia. The brine-cured variety can be found in most local households for soups and meat stews.

A native to the coastal Languedoc region in France, Picholine is known for its deep green skin and juicy, crunchy texture. An additional nutty character makes it very popular as a snack or the base of tapenade. Head to Nice or other surrounding towns for the most delicious labels.

The black Nyons olive is another representative of Southern France. Its production requires a compound curing process, of dry curing with salt followed by soaking in brine. The olive’s wrinkled surface might not be the best looking, but it has a balanced bitter and salty taste frequently used to enhance local Provençal dishes.

As suggested by its full name Bella di Cerignola, this variety from Puglia, Italy is a delight to behold. It’s large and plump, coming in green or a flamboyant red color. Due to its size, Cerignola is often found stuffed with garlic, cheese, capers or anchovies.

If there’s ever a perfect match for the Bella di Cerignola, it’s Gaeta from the same province and dressed in tuxedo black. You’ll find the olive preserved dry, compact in taste with a chewy texture, or in brine with extra juice, but they both share a pleasant citrusy kick.

The hot and dry climate of Andalusia provides wonderful conditions for the growth of olive trees. That’s why the mustard-hued Gordal—also nicknamed the queen olive—is blessed with thick, fragrant flesh. The Spanish prefer it stuffed or halved, and fixed on a toothpick with cheese and anchovies, paired with jamón and Sherry wine.

While smaller than its Andalusian counterpart Gordal, Manzanilla has the same voluptuous body with small seeds. This green variety is found mostly in salads.