Ever wondered how tau huay is made?

Few things are as comforting as tucking in to dou hua, or tau huay as we know it locally. It’s smooth, it’s silky and slides down the throat with the ease of drinking water. While the local preference is to have it sweet with just sugar syrup, savoury renditions are popular in Northern China where it is eaten with soy sauce while the Taiwanese enjoy it with a myriad of sweet toppings like peanuts and red bean.

Perhaps its widespread popularity is thanks to the fact that only three ingredients are needed to make it: soy beans, water and gluconolactone – a setting agent. Simple enough in fact, for the home cook to make.

“In the past, Gypsum Powder was commonly used, but it is now quite rare to find it sold in stores,” says Si Chuan Dou Hua’s executive chef Zeng Feng. “Today’s use of Gluconolactone results in a smoother and silkier dou hua.” 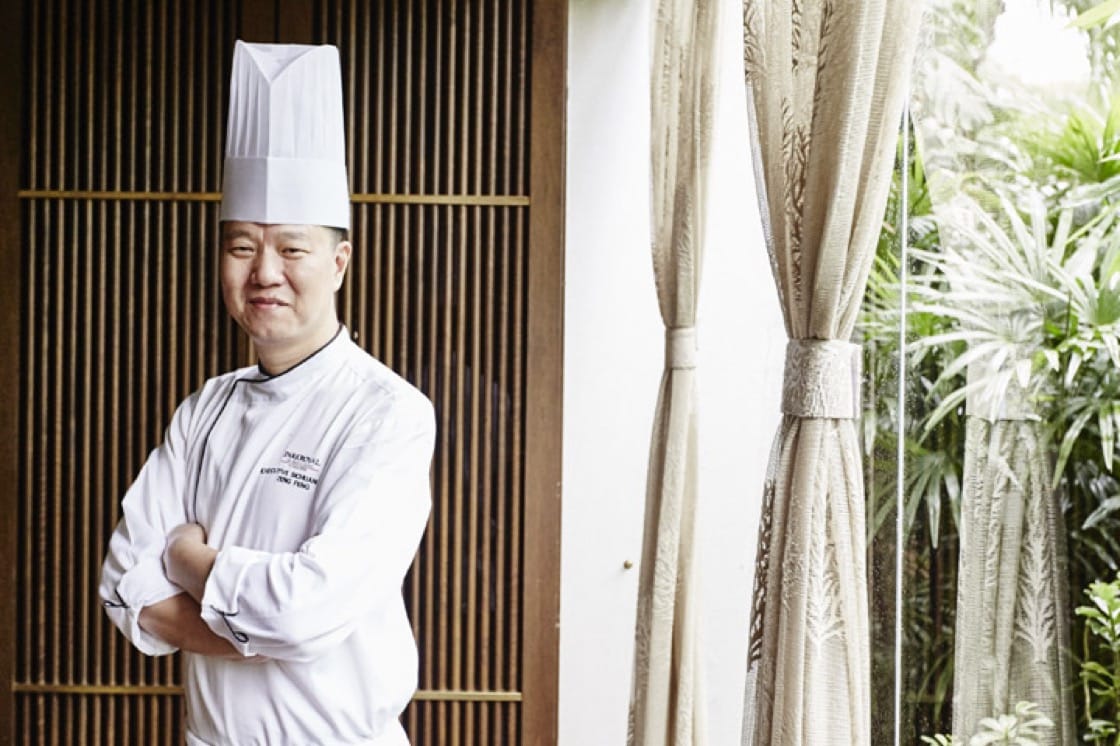 The chef has been helming the restaurant since its inception in 1996. The version that he serves comes with a wolfberry sugar syrup.

For those attempting this recipe at home, he advises: “ Ensure that the soya milk is boiling hot before adding in the Gluconolactone to create the dou hua. Uncooked soya milk may cause diarrhoea.” 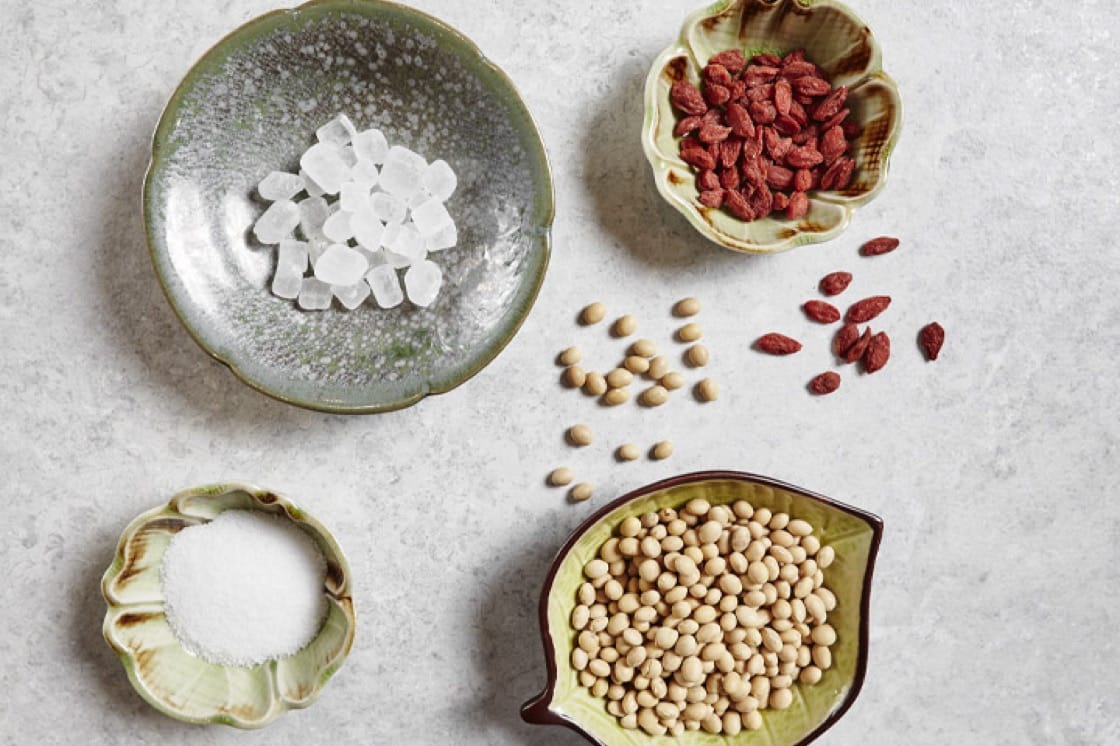 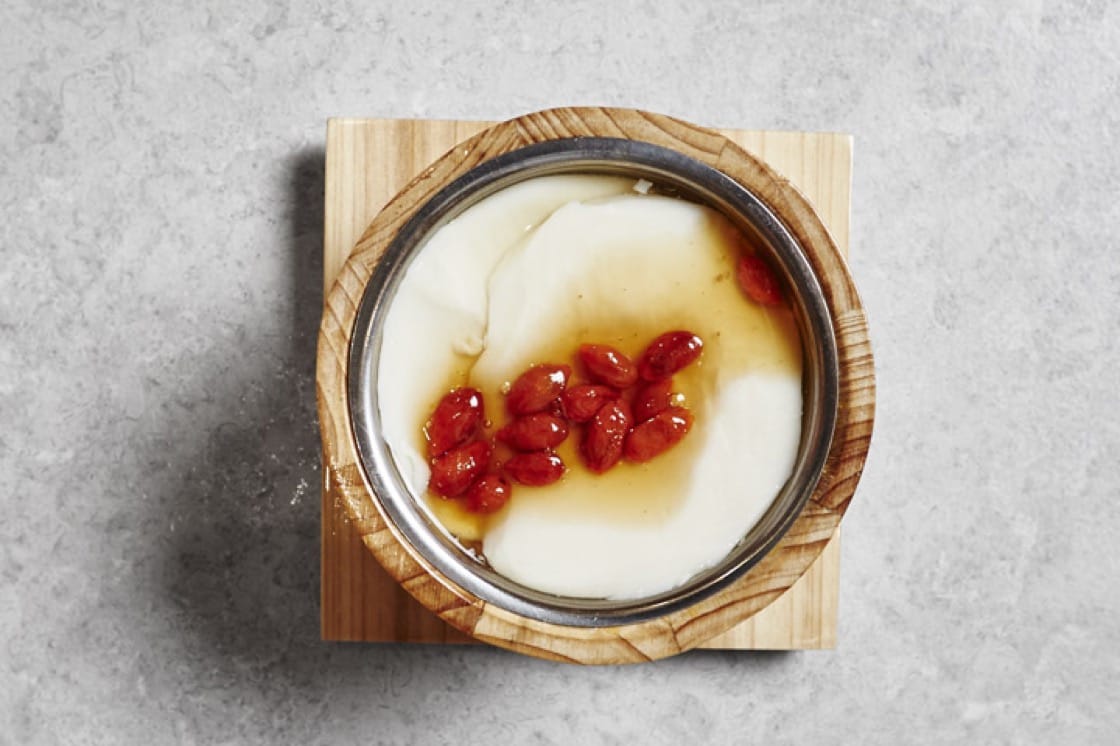 Steps for Bean Curd
1) Soak soy beans in water for five to six hours.
2) Crush the soaked soy beans in a blender. Add water and continue to blend for two to three minutes.
3) Sieve the soy bean milk with a filter three times.
4) Put the sieved soy bean to boil.
5) Place gluconolactone essence into pail, add some water and allow it to dissolve.
6) Pour the boiled soy bean milk into the pail. Cover the lid and let sit for 20 minutes till it settles to bean curd form.
7) Drizzle the wolfberry sugar syrup to serve.

Steps for Wolfberry Sugar Syrup:
1) Bring water to a boil and add wolfberries and sugar. Stir well to combine.
2) Add cornstarch to thicken the mixture.

New York City Recipe dessert
All articles of Dining In