The MICHELIN Guide Belgium and Luxembourg 2019 has been announced, complete with three new two-starred restaurants and seven new one-starred establishments. Peter Goosen’s Hof van Cleve in Kruishoutem retains its three-star status. The famous sweetbreads with truffle, one of the emblematic specialties of the menu, continue to seduce our inspectors.

“The 2019 selection, with its 139 star-studded restaurants, is a perfect example of what characterizes the Belgian and Luxembourg gastronomic scenes,” says Gwendal Poullennec, international director of the MICHELIN Guides. “Indeed, we find among the distinguished tables both establishments that offer traditional and beautiful family-styled cuisine with authentic specialties, but also more contemporary restaurants combining modern techniques with global flavors.”

In Flanders, several talented young chefs are taking hold of gourmands. At restaurant EED in Leuven, Philippe Heylen surprises and intrigues guests by presenting classic flavors in a more contemporary form. The 23-year-old took home this year’s Young Chef of the Year Award. At Nathan in Antwerp, Nathan Van Echelpoel reinvents classic cuisine with both boldness and a great sense of balance. And at nearby restaurant FRANQ, chef Tim Meuleneire helms a kitchen oscillating between tradition and modernity.

The elegant Les Jardins d’Anaïs in Luxembourg is also awarded a star; the cuisine here is magnified by the hand and know-how of an experienced chef with refinement and finesse.

Michelin also gave a special tribute to Pierre and Marie-Thérèse Wynant and Laurence and Lionel Rigolet of two-starred Comme Chez Soi in Brussels, who have retained their star since 1953. “It has all the comfort of a bistro, Horta-inspired décor and comfortable tables in the kitchen itself, from where you can watch the chefs in action,” state Michelin inspectors of the institution.

Congratulations to all restaurants in the MICHELIN Guide Belgium and Luxembourg 2019! Watch the announcement and view the list of newly-starred restaurants below. 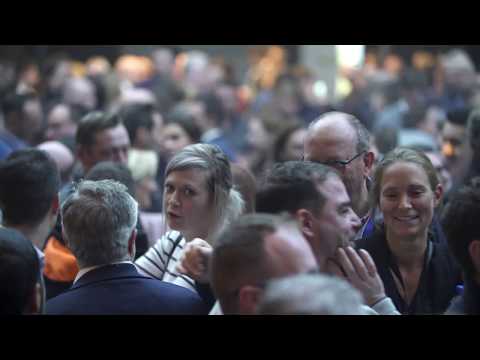