The D.C. chef shares his tips for making a flavorful bowl of ramen at home.

Frigid temperatures and wintry weather are no match for a steaming bowl of ramen. This warming noodle soup, which originated in China and later became a cultural phenomenon in Japan, has captured the hearts and stomachs of American diners.

D.C. has a fleet of ramen shops where you can always find piping hot broth, springy noodles, and an array of toppings, but some ram-enthusiasts are also trying their hand at making the dish at home—without any help from Nissin.

The process of creating the complex broth and preparing dozens of toppings takes many hours and many hands in the most meticulous ramen shops, but at its base, ramen is simply broth with alkaline wheat noodles. So, with a little effort, it's something that can be roughly approximated in your own kitchen.

Many ramen lovers in the U.S. take a purist approach and favor one certain style of the soup, but Erik Bruner-Yang, one of D.C.'s resident ramen experts, explains that the dish can have many variations. "If you're in the context of being in Japan, having super interpretive ramen is really normal," he explains. 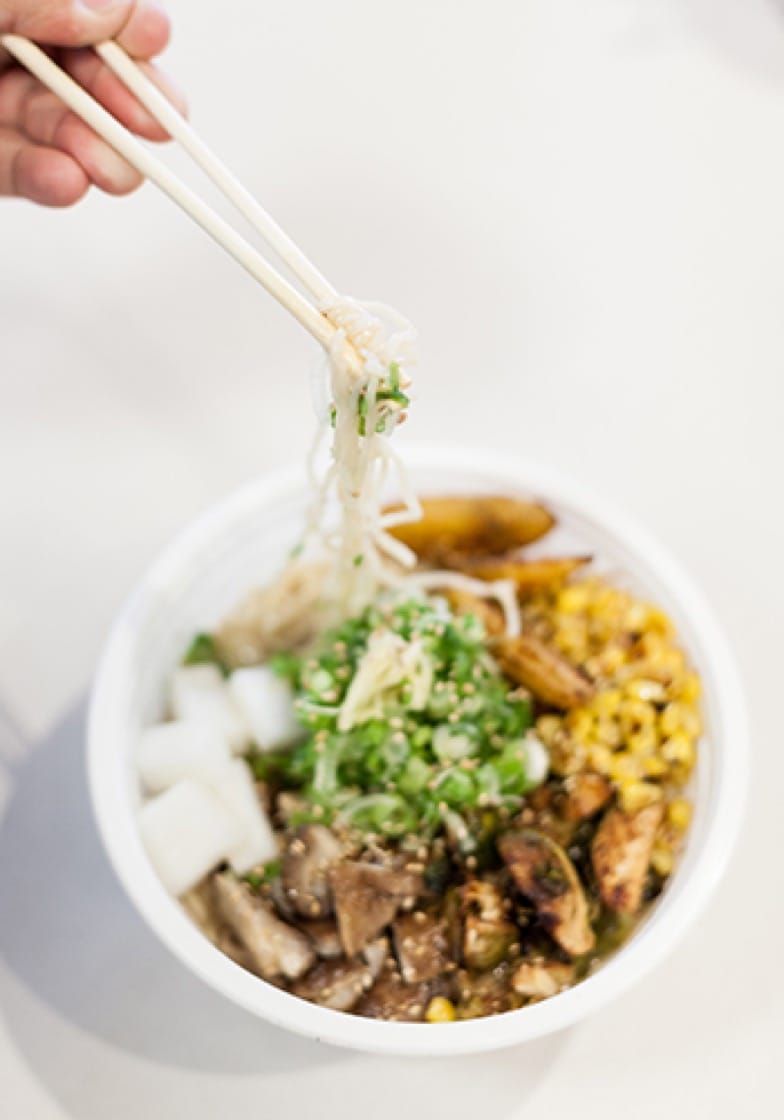 In lieu of the traditional method of making ramen, which requires several different broths in multiple pots and a major time investment, Bruner-Yang says there are two alternatives: "You can either skip a lot of steps and use different powders, or you can have a base understanding of what you're doing and your general flavor profile, and make it all in one pot."

He's developed a recipe that helps home cooks replicate the satisfying flavors of a bowl of ramen with just one pot and about three hours. Between high-end grocery stores like Whole Foods and local Asian supermarkets, you can easily find all the ingredients you need to make Bruner-Yang's Everyman Ramen.

The recipe starts with a mirepoix of garlic, ginger, onion and apple. The addition of the apple helps to balance out the fat from the pork, and it's also a nod to the fact that pastured pigs are often fed apples. Bruner-Yang says it's a way to "add to that ramen ethos about food being full circle. Cooking something in something it's probably already eaten to add to the flavor."

A half-rack of pork ribs constitutes the main meat flavor. "Cooking the meat in the broth and then pulling it back out to eat is very Chinese," Bruner-Yang says. "You can get the pork stock flavor that you want without having to buy a lot of meat, and then you'd be able to use the meat so you don't have to have all these extra steps." He recommends buying high quality pork for the broth. "The better the pork, the better the product. Always."

The only other addition to the recipe is good quality soy sauce. Bruner-Yang personally prefers Kikkoman's tamari or low-sodium products. From there, you simply let the broth simmer and reduce until the meat is cooked.

Bruner-Yang's base recipe is very straightforward, but he encourages home cooks to experiment and tweak the dish to their own tastes. For a deeper meat flavor, he suggests adding pork or chicken bones to the pot and letting it simmer for several hours before adding the pork ribs.

Other ingredients, like bonito flakes, kombu, dried mushrooms and kelp powder, can also be added to the broth at various points in the cooking process to elicit different flavors.

When it comes to noodles, Bruner-Yang suggests buying fresh, but in a pinch, instant will do. Just don't buy spaghetti, he jokes. "Sometimes I'll see people like, 'oh they didn't have ramen noodles, so I bought spaghetti,' and I'm like, 'what?'"

After the soup and noodles are ready, there's really no wrong way to add toppings. His recipe makes a few traditional suggestions, like scallions, nori and eggs, but you should feel free to freestyle. "Everything should just kind of add a little bit of an extra layer to your overall meal," he says.

His favorite way to add eggs to ramen is to crack a raw egg into the finished broth and let the heat gently poach the egg. You could also add a fried egg or a soft-boiled egg marinated in equal parts mirin and soy sauce.

So, whether it's too cold to leave the house or you'd just rather stay in for dinner, try whipping up a bowl of ramen at home. 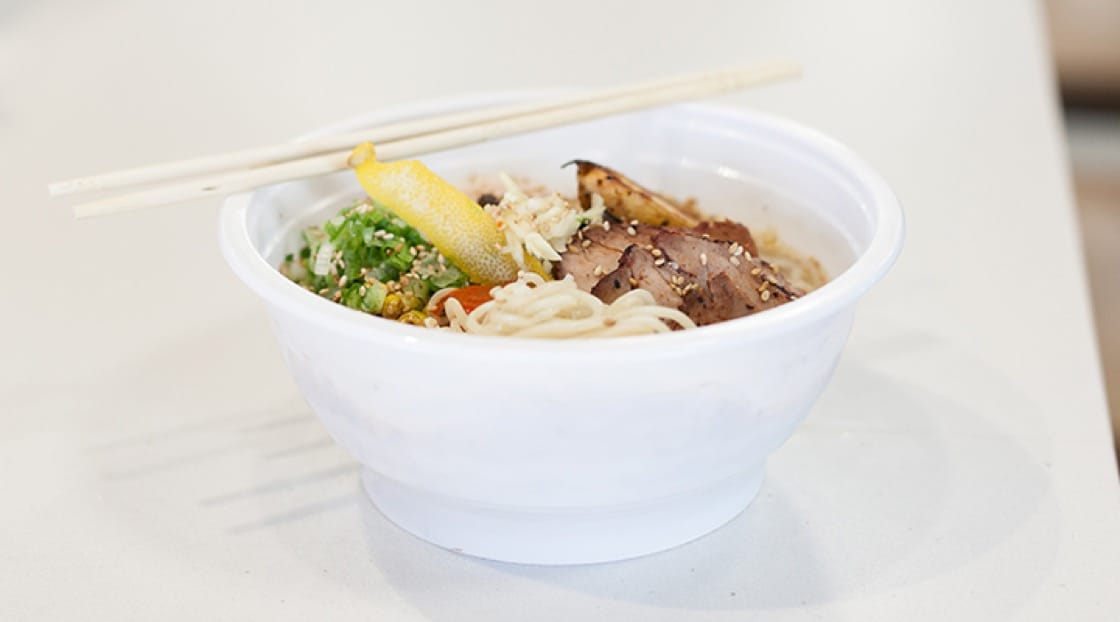 1. Place the water, soy sauce, ribs, onion, apple, garlic, and ginger in a heavy-bottomed stock pot (at least 6 quarts) and bring to a gentle boil over high heat. Reduce heat to medium-low and simmer until liquid is reduced by half, about 2 hours 30 minutes. (You will have about 6 cups of broth.)

2. Remove the pork ribs and separate into portions. Remove solids from broth with a strainer and discard. Return broth to a clean pot and keep warm.

3. Portion and cook noodles according to package directions.

4. Place the cooked noodles in the bottoms of deep bowls and cover with broth (reserving any extra). Add the portioned pork ribs and toppings of choice.