“Los Angeles-born chef, Niki Nakayama, is a proud pioneer in the modern kaiseki tradition, yet she’s humble enough to remain a constant in her dining room, checking in on each guest to ensure their every comfort,” state MICHELIN’s anonymous troop of inspectors of the chef and owner of two-MICHELIN-starred n/naka, located in L.A.’s Westside neighborhood, which received the accolade in the inaugural launch of the MICHELIN Guide California earlier this year.

Niki, the daughter of Japanese immigrants, first got her culinary feet wet at Takao Izumida’s eponymous restaurant in Brentwood at the age of 22. “My friend was working there at the time and told me that Takao had been part of the Nobu family and was opening his own spot—so I was interested,” she recalls. After which, she set off to Japan in 1997, learning the ins and outs of the country’s regional cuisines, which included a stint with chef Masa Sato at Shirakawa-Ya Ryokan. It was here that she fell in love with kaiseki cuisine.

Upon her return to L.A., Niki opened her first restaurant—the all-female led Azami Sushi Cafe on Melrose—and received instant acclaim. After eight years running, Niki was ready to make her next move, and closed Azami. “We found a buyer, so the timing was right.” 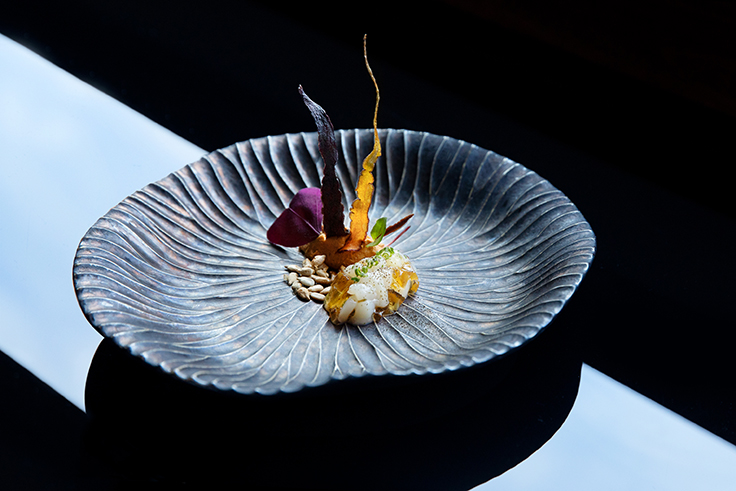 The restaurant is truly Niki’s home—after all, her wife, Carole Iida-Nakayama, is the sous chef. Like Niki, Carole has had a long history with the culinary arts—her immigrant parents came to the U.S. from Japan and had their own restaurant, Mako Sushi. She also had her own restaurant, Haiku Kitchen in Pasadena, that focused on Japanese-style rice bowls. It ran for five years. “Her rice bowls had such an interesting mix of ingredients and flavors,” Niki says, whose favorite featured sizzling fajitas with avocado, caramelized onions and ponzu.

Like most couples obsessed with the f&b industry, the pair dine out in L.A. quite often. “You can learn something interesting from every restaurant experience,” says Niki, who opts for restaurants serving what she’s craving on that particular day. “We eat yakitori a lot—there’s so much variety and drinking involved,” adds Carole. “We also end up in Koreatown often, just because of the sheer quality of food options.

“I’m really excited to see so many different types of food that aren’t traditionally considered ‘elevated’ or ‘fine dining’ go in that direction by chefs who want to represent their food culture but through their lens,” adds Carole of Los Angeles’s booming food scene. “Not to say the mom-and-pop restaurants doing authentic cuisines from all around the world aren’t equally compelling—I just find it interesting to witness the progression of these cuisines via the newer generation of chefs who are marrying their cultural background and upbringing with their fine-dining training.”

As for what the future looks like for Niki, Carole and the n/naka team, the answer is growth. “We constantly grow and improve what we’re doing at n/naka by trying to find new experiences for both ourselves and our guests,” the duo says. “We both feel like there is much more space to grow in what we’re doing, so we want to stay focused on those things.”

What was your first encounter with the MICHELIN Guide?
Niki Nakayama: [It] was during culinary school—we heard about it being one of the most prestigious honors awarded to restaurants in France and Europe.

Carole Iida-Nakayama: It was probably when I was in college, because my brother got into fine dining and eating out so he had the guide laying around the house. 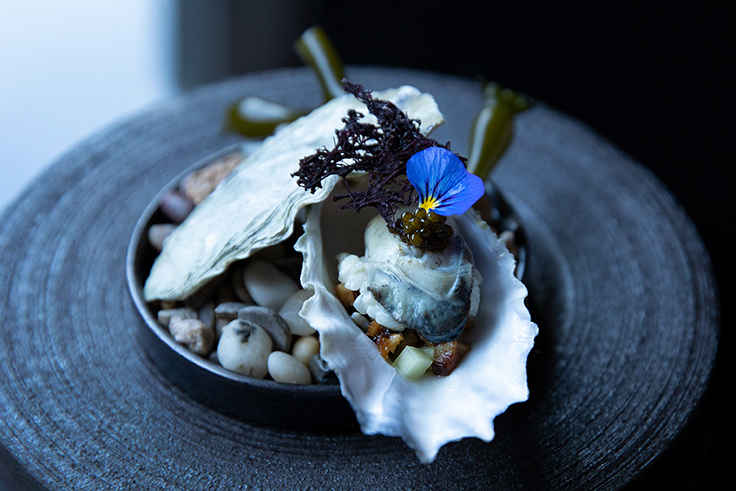 What were your thoughts when you knew you received two stars?
NN: I was really happy and relieved. I also had a feeling on some level of validation and that I was on the right track in terms of what would make our restaurant a good experience for our guests. The tenets of the MICHELIN stars is something I really value and ones I’ve always wanted to work toward. Using the best ingredients, improving your craft, high level of service—those are all important to me.

CIN: I was relieved and ecstatic at the same time, and just overwhelmed with emotion!

WATCH THE VIDEO: MICHELIN Guide California Celebration Recap
How did you celebrate?
NN: We had a taco truck party for all of our staff at the restaurant a couple of weeks after we received the stars, and Carole made a slideshow which she can tell you more about!

CIN: Niki and I really wanted our team to be proud of what they’d accomplished. We wanted to reward them for their hard work because it’s been a pretty long journey getting here—before this, we never really knew where we stood with MICHELIN or with other fine-dining restaurants. To be able to get there with this team who do not have a MICHELIN background, who worked tirelessly to improve, who have been with us for so long—we had to celebrate them. It felt good and right.

How much influence/inspiration does the MICHELIN Guide have on your career?
NN: I think this goes back to what I was saying about the tenets—what they stand for—is important. We use it as a guide to improve and get better but we also don’t do the work for the sole purpose of getting MICHELIN stars. It’s to get our food, service and the entire experience to a level we’re striving for.

CIN: It’s definitely a driver in the sense that there’s nothing else out there other than reviews from food critics. MICHELIN is a system that lets you know where you stand among other fine-dining restaurants around the world and a good gauge of how much we’ve done but also what else we can do to improve. The journey of getting where we want the restaurant to be is satisfying. MICHELIN inspires us in that sense, but the main force behind what we do is the desire to always be getter. The stars is a clear indicator of where we are at currently.

Does having two stars change the direction of your restaurant?
NN: I think it just motivates us to keep elevating and keep doing better.

CIN: It’s a motivator to keep going and applies a bit more pressure to meet guest expectations, which is a good thing.

What advice do you have for young chefs aiming for MICHELIN stars?
NN: The most important thing is they have to believe in what MICHELIN stands for, then ask themselves if those are the things that matter to them as well.

CIN: In striving for the stars, don’t lose your own vision of what you want your food and restaurant to be. Use it as a guiding post along the way to make things better and continually improve but don’t get trapped into thinking you have to model other MICHELIN-starred restaurants.

First Day I Got My Stars France
People 2 minutes

Taipei First Day I Got My Stars
People 2 minutes

First Day I Got My Michelin Stars: Frédéric Vardon of Le39V In Paris and Hong Kong

French cuisine Hong Kong First Day I Got My Stars