Dating back to 1974, Piccolo Lago sits a stone’s throw from the beautiful lakes and mountains of Verbania in Italy, perched on stilts over the glittering waters of Lake Mergozzo. The cuisine focuses on modern interpretations and regional classics using ingredients from the Alpine valleys surrounding it.

At its helm is second-generation chef and owner Marco Sacco, who grew up there in his father’s kitchen. “One day, when I was nine, my father took me to the kitchen. He took me in his arms and made me sit down to observe everything that was happening,” he recalls. “At that moment, I fell completely in love with the kitchen, the fire, the sounds of pans and the frenzy.”

His attraction to the kitchen only grew stronger, and as a young man in the 1980s and 1990s, he traveled through France, training under legendary French chefs such as pioneer of nouvelle cuisine Roger Vergé, Alain Ducasse and the Rimbault brothers of MICHELIN-starred L’Oasis in Mandelieu-la-Napoule. 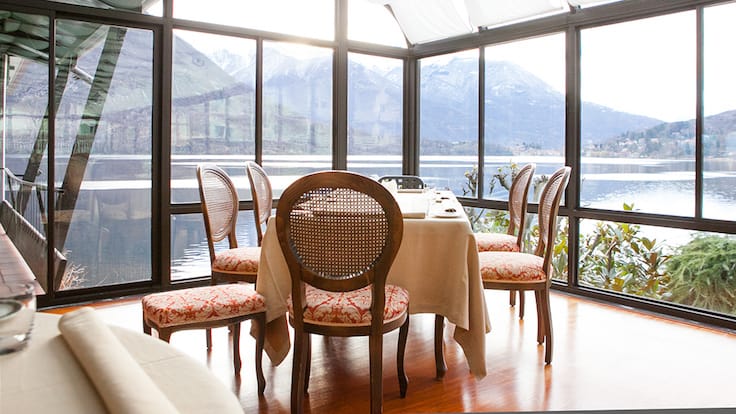 Eventually, he returned to Piccolo Lago, armed with his own style of cooking gleaned from his travels. “I felt the call of my land,” he says. “It was a return to my roots, but with a new awareness and a new style that my father allowed my wife and I to bring into the restaurant in this generational change.”

Under his watch, Piccolo Lago began focusing on the use of local produce and materials: freshwater fish from the surrounding lakes, extra-virgin olive oil from Umbria, chilled stones from the river Toce in Piedmont to serve Formazza butter, and gneiss rock from the Ossola valley, heated up and used as a bread basket. Sacco’s culinary approach soon caught the attention of MICHELIN inspectors. In 2004, Piccolo Lago received its first MICHELIN star and a second in 2007.

On May 25, Sacco opened his new restaurant, Castellana, in Causeway Bay, Hong Kong. “I love Asian culture and gastronomy, the way they interpret the food on the plate. That’s why I choose to face this challenge in a territory that I have been visiting for years.” 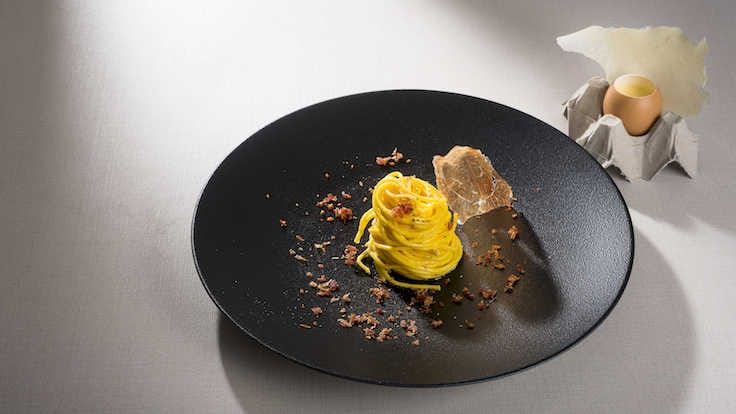 Tajarin carbonara. (Photo courtesy of Castellana Restaurant.)
The fine-dining restaurant features Sacco’s authentic cuisine from the Italian Piedmont region. “At Castellana Restaurant, you will breathe the Piedmontese culture which is based on great raw material from truffle to Barolo and everything in between,” he says.

Diners can expect set menus as well as à la carte dishes with Sacco’s classic takes on risotto with snails and chanterelles, handmade tagliolini served carbonara-style with Vigezzo Valley cured ham and pan-fried lamb loin with mushroom crust and potato mille feuille. “My dishes will be an interpretation of authentic produce from Piedmont made with the simplicity that characterizes me.”

Here, he shares how he felt when he first got his MICHELIN stars and how he’s maintained them for the last 15 years. “My secret? Rigor, precision, passion and happiness of doing the most beautiful job in the world.” 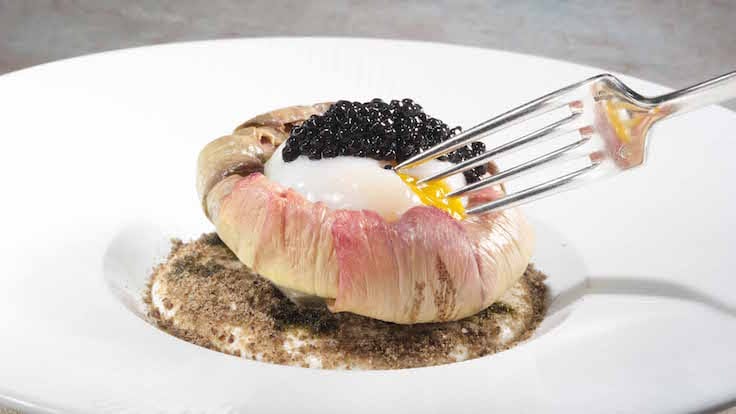 The artichoke dish at Piccolo Lago. (Photo courtesy of Piccolo Lago.)
What was your first encounter with the MICHELIN Guide?
I was 22 years old and I wanted to be a star chef, not a cook. I didn’t know what it meant until one day I ended up in France knocking on Roger Vergé’s door. It was then that I got a 360-degree view of the mentality required in a MICHELIN-starred restaurant, in its management and organization. And then I finally understood.

What was it like when your restaurant received a MICHELIN star for the first time in 2004?
One day, a fax arrived from the management of MICHELIN Italy that informed us of this great recognition. We immediately threw a big party and celebrated together—with family, friends and staff—with Champagne for everyone. We didn’t consider it as the final destination, but certainly it was a nice goal to achieve, following which we set another. 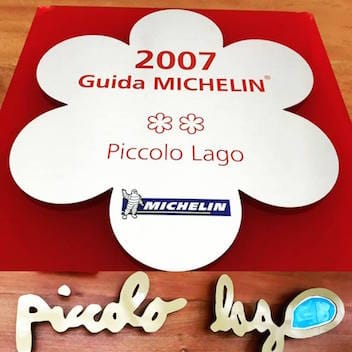 How did you feel when you won two MICHELIN stars in 2007? Was the feeling very different from when you won your first?
It was a Monday morning. We were at Piccolo Lago when we received the call. My wife Raffaella answered the phone and a man said: “Good morning, this is the director of MICHELIN Italy [speaking], I am looking for the chef Marco Sacco.” My wife, flushed and obviously anxious, looked at me, whispering as she handed me the phone. I answered with a dry throat and I heard the director say: “I just wanted to communicate that Piccolo Lago, you and your team have gotten two MICHELIN stars.” A few seconds later, I realized what he had just told me and I burst into tears of joy.
As a chef, what does having a MICHELIN star mean to you?
The stars represent an obligation to bring Italian food and culture to the world, so the responsibility is very heavy.

What advice do you have for aspiring young chefs?
To the young chef, I say: “Don’t hurry through the different stages, get a lot of experience; believe in what you’re doing and you will see that results will come.”

The Freshest Hotels in Florence

You may not think you want any funk in your Florence hotel, but after seeing the city, you might need it. Take a load off — and take yourself to a hotel with flash and flair to spare.