April 22 marks Earth Day, an annual global movement that includes events in more than 193 countries. Earth Day Network, the organization that leads and coordinates the movement, has chosen the theme of "Protect Our Species" for 2019 to raise awareness about the accelerating rate of the reduction and near extinction of plant and animal wildlife.

The food chain connects the tiniest microorganisms to the largest creatures on earth, and the choices we make can have an effect on seemingly unrelated species. These are some of the endangered species highlighted in the Earth Day 2019 campaign and six ways our food choices can help protect the biodiversity of the planet we inhabit. 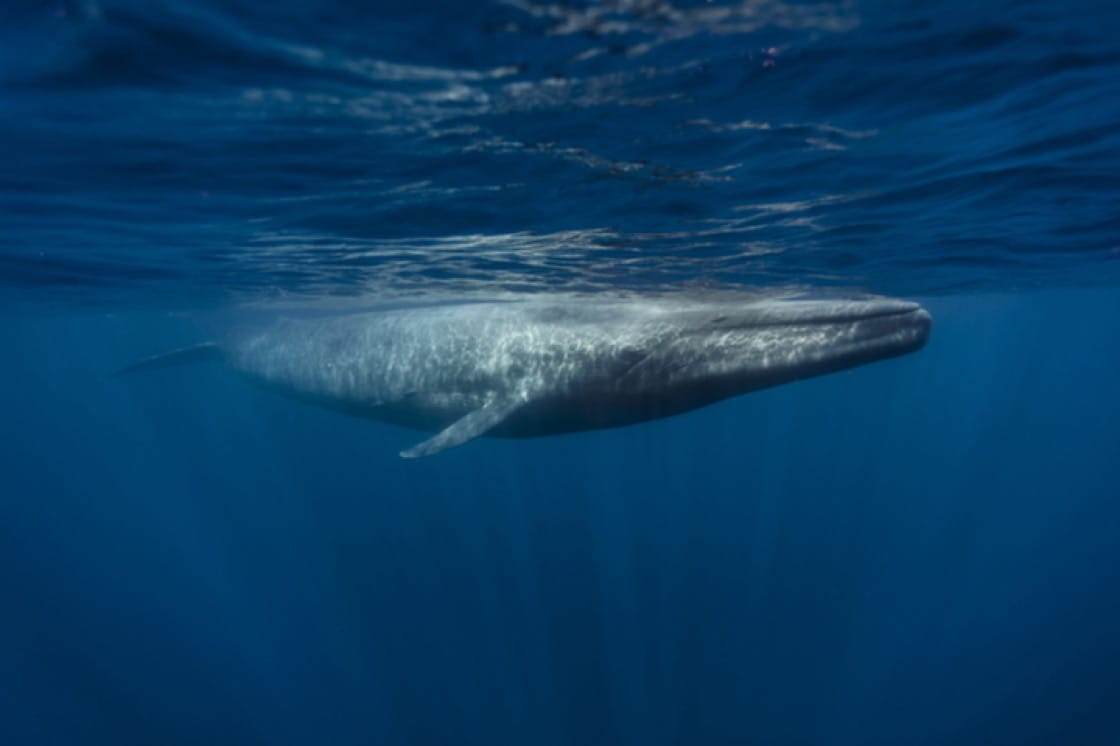 Whales are some of the most magnificent mammals on earth, with the largest recorded blue whale measuring some 100 feet in length—the size of three double-decker buses. But whale populations are in steep decline worldwide with one of the biggest threats being commercial fishing. Large-scale commercial fishing can harm whales through the depletion of fish in the ecosystem and they often become victims of by-catch when they become entangled in the gear and nets of commercial fishing, leading to suffocation and prolonged injuries.

As deep as they may be, our oceans are not bottomless. By purchasing sustainable seafood, we can help prevent further harm to whales. To identify seafood that’s been sourced sustainably, look for labels from the Marine Stewardship Council (MSC) or Aquaculture Stewardship Council (ASC) on the packaging and check out Oceana USA’s Sustainable Seafood Guide to learn which species are well-managed and which to avoid. 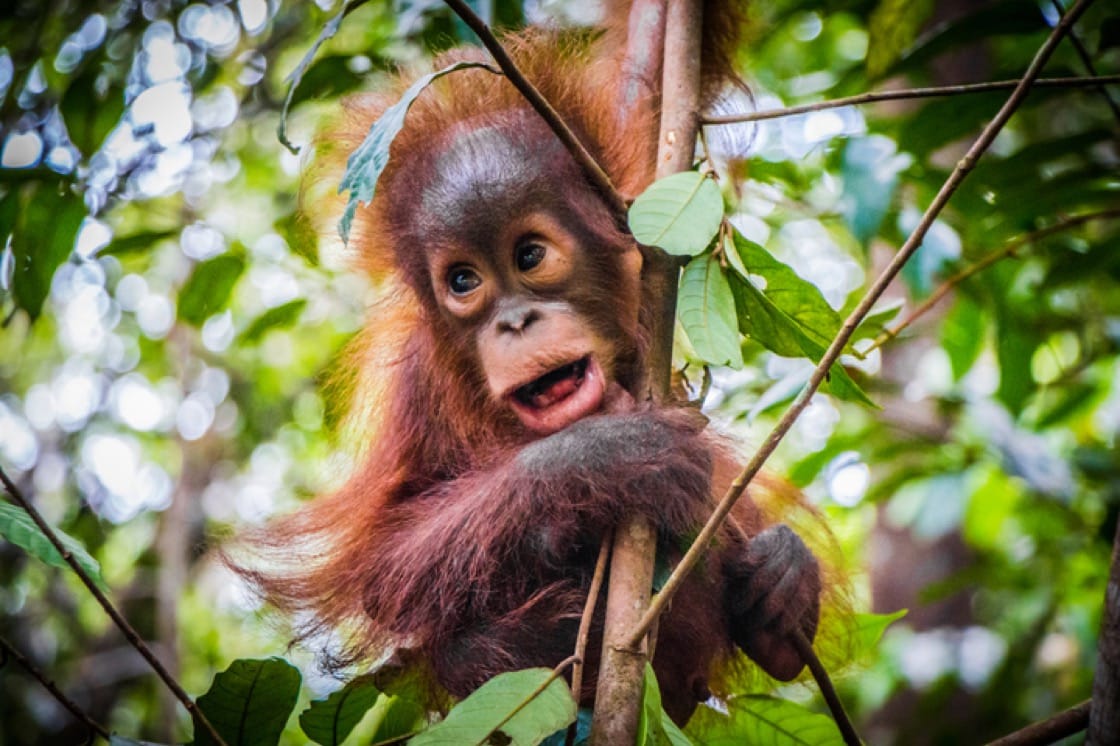 We probably toss plenty of products like instant noodles, packaged bread, chocolate, detergent and shampoo into our shopping carts without thinking twice about them containing palm oil, the most widely consumed vegetable oil on the planet. Large-scale illegal and unsustainable production of palm oil has led to problems like haze and deforestation in countries like Indonesia and Malaysia, which are the world’s largest producers of palm oil. Unfortunately, their forests are also home to orangutans whose populations have dropped significantly due to habitat loss. The Bornean orangutan, native to the island of Borneo in Southeast Asia, has lost more than half of its population—150,000—since 1999.

However, the solution isn’t to boycott palm oil completely. Palm oil is a high-yielding vegetable oil, which means that any other crop replacing it will inevitably use more land. Instead, consumers can support companies using sustainable palm oil that have the Roundtable on Sustainable Palm Oil (RSPO) logo on their products, or companies that have committed to sourcing for sustainable palm oil by joining the Southeast Asia Alliance for Sustainable Palm Oil (Saspo). 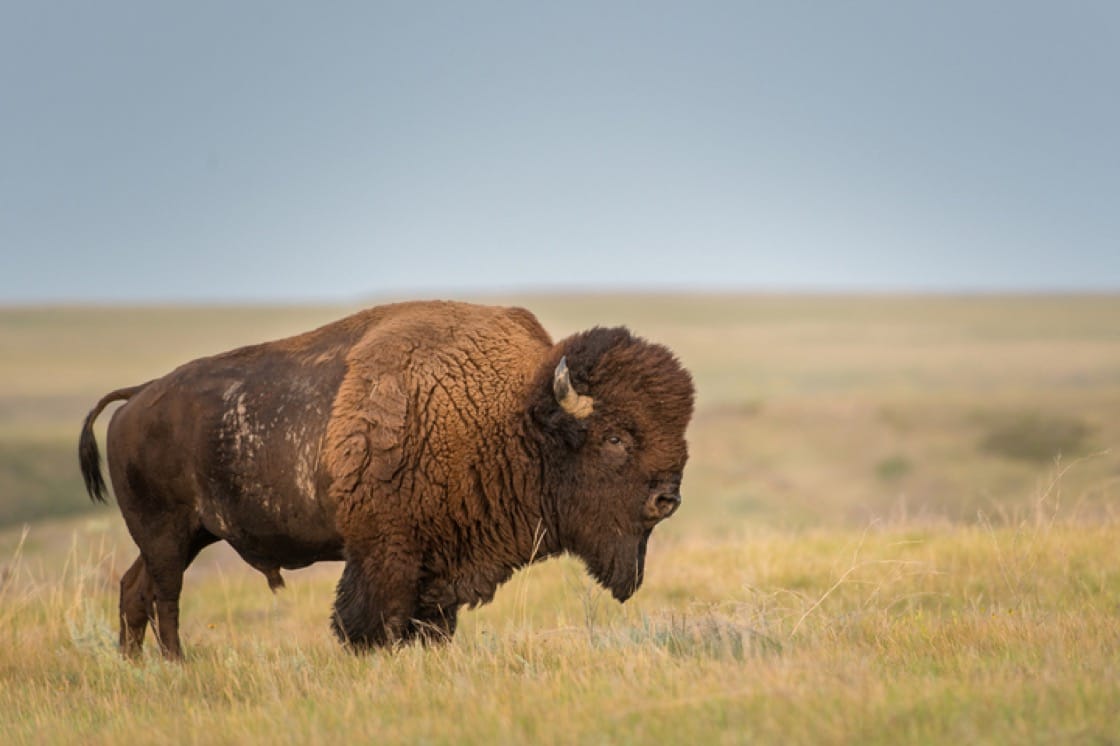 American bison are the largest land mammals in North American and have survived since prehistoric times. These wild, majestic creatures once numbered in the millions and roamed widely in the Great Plains across the interior of Canada, the United States and Northern Mexico. However, the Great Plains are fast losing grassland to make room for cropland to produce grains and feed for livestock like pigs and cows. Today, American bison occupy less than 1% of their original habitat in areas so small and tightly controlled that surviving bison have been compared to herded cattle.

Not only is meat production a leading cause of deforestation for cattle grazing, but raising animals also requires huge amounts of animal feed which takes up more land to grow. In fact, animal feed takes up around 36% of global farmland. By reducing our consumption of resource-intensive meats, we can help take the pressure off the world’s farmlands, so more of it can be used for high-yield crops like legumes, grains and vegetables that can feed more people. 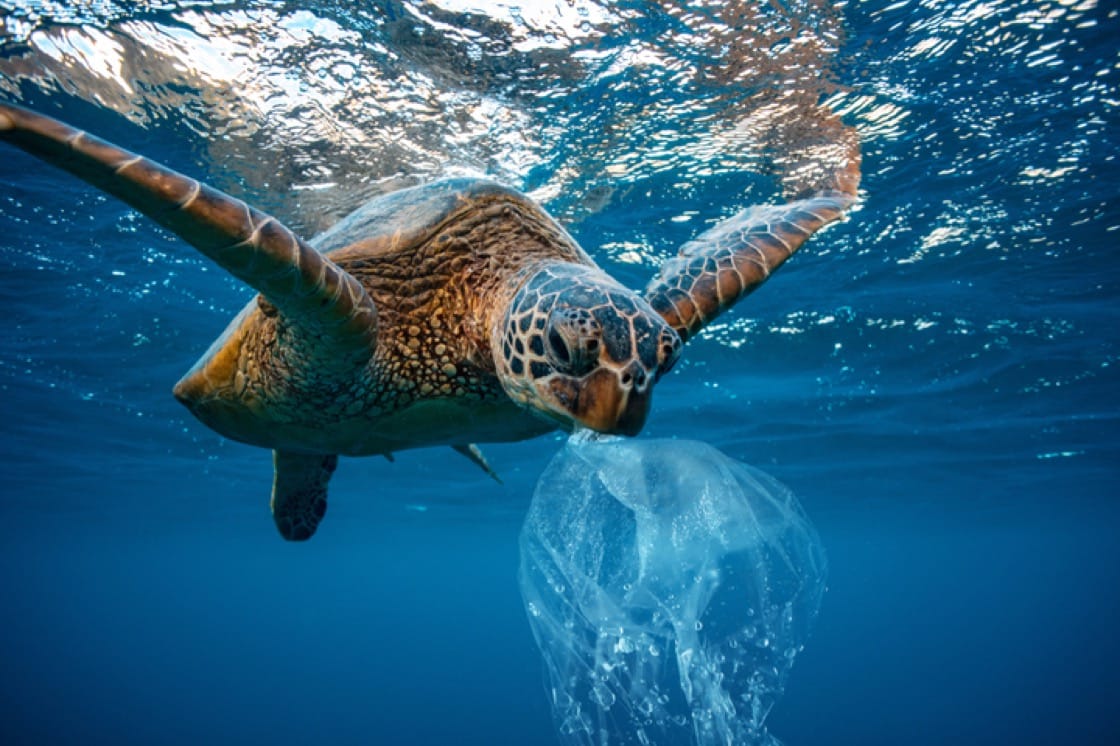 Cut Down On Single-use Plastics

Sea turtles are some of the most ancient creatures on earth, even surviving dinosaur extinction 65 million years ago. Found in tropical and subtropical seas around the world, sea turtles are an essential link in the marine ecosystem, controlling jellyfish populations by feeding on them and helping to cycle nutrients in coral reefs and beaches when they nest and feed. Today, out of the seven species of sea turtles that live in our oceans, the green, leatherback and hawksbill turtles are classified as endangered in the United States, while the loggerhead and olive ridley turtles are classified as threatened. One of the main threats to sea turtles is plastic pollution. Sea turtles often mistake plastic bags for jellyfish and, once ingested, the plastic can block their intestines and become life-threatening. Sea turtles also become entangled in plastic netting or other marine debris floating in the ocean, which can cause them to drown. Save our sea turtles by cutting down on single-use plastics like plastic bags, straws, disposable cutlery and food packaging. Try these simple tips for minimizing trash both when eating out and in the kitchen. 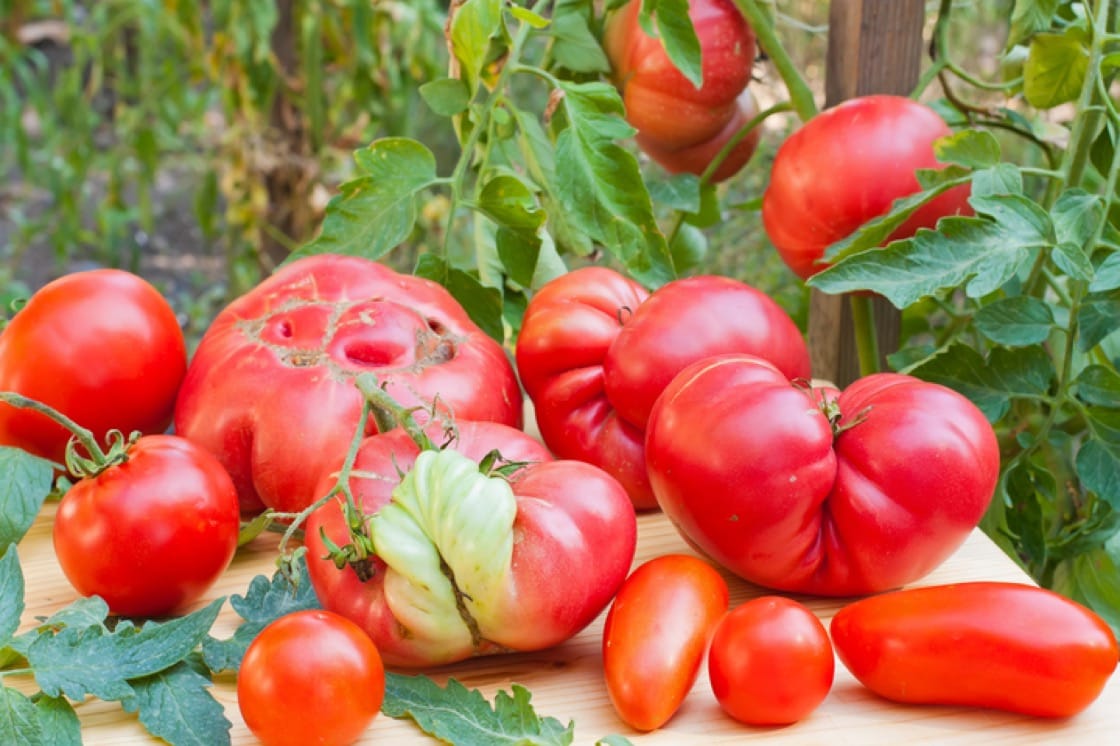 Save the world’s plant species by embracing the ugliest of them. The market favors produce that looks perfect, so more fruit and vegetables are genetically modified—apples that don’t brown and bruise-free potatoes are just some of the genetically engineered crops that may soon appear on supermarket shelves. Within the last few years, legal rulings in North America and the European Union have allowed genetically modified plants to be patented. Although food patents themselves are not new, the extension of these patent rights threaten biodiversity by reducing the number of plant species available to cross-breed. Cosmetic filtering of ugly food also results in a lot food waste: according to the Food and Agriculture Organization of the United Nations, one-third of the world's food is wasted from farm-to-table—the same food that we’re clearing precious forests to grow.

We can do our part by not shunning less-than-perfect fruit and vegetables in the produce aisle and supporting local initiatives like Misfits, a subscription box containing high-quality organic produce sporting all kinds of quirks, like "onions that are too small, potatoes that are shaped like your favorite celerity and carrots that fell in love and got twisted together," per the company's website. 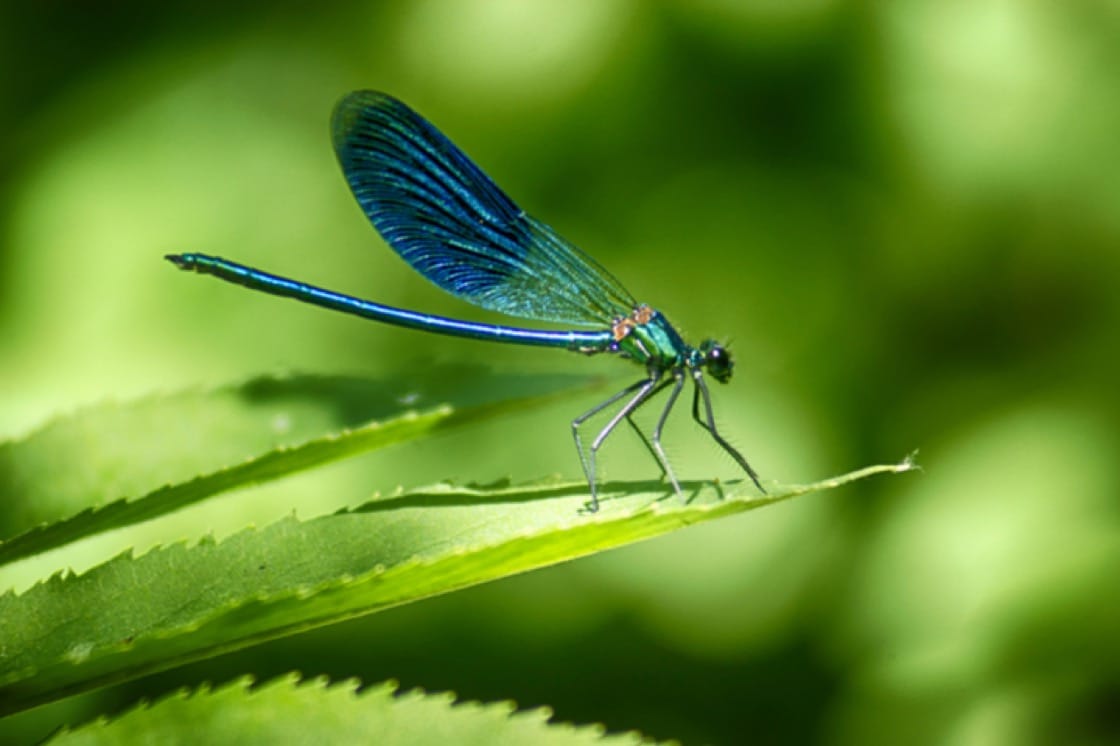 We may scream at the sight of them and be guilty of killing some ourselves, but the global decline of insects worldwide—45% in the past four decades—is nothing to celebrate. The world’s ecosystems depend on the insect populations; insects are a source of food for thousands of other species, they pollinate plants and aerate the soil to aid the recycling of nutrients. Of all the species on earth, insects are the most susceptible to the consequences of climate change, while widespread use of pesticides threatens insect populations and their habitats. Buying local, organic food helps reduce the carbon footprint and keeps both our bodies and the environment free of toxic pesticides that ravage insect populations.
Advertisement
Advertisement