Top Food Festivals Worth Flying to Around the World

Gourmands, mark your calendars, book your travel and loosen your belts for this year’s line-up of epicurean events.

Food festivals are a foodie’s dream come true—there's no better way to spend a glorious day than feasting on a salivating smorgasbord of fare, seeing your favorite chefs in action at cooking masterclasses or engaging in friendly banter in discussion panels.

We've rounded up a selection of major culinary festivals that you should not miss this year. 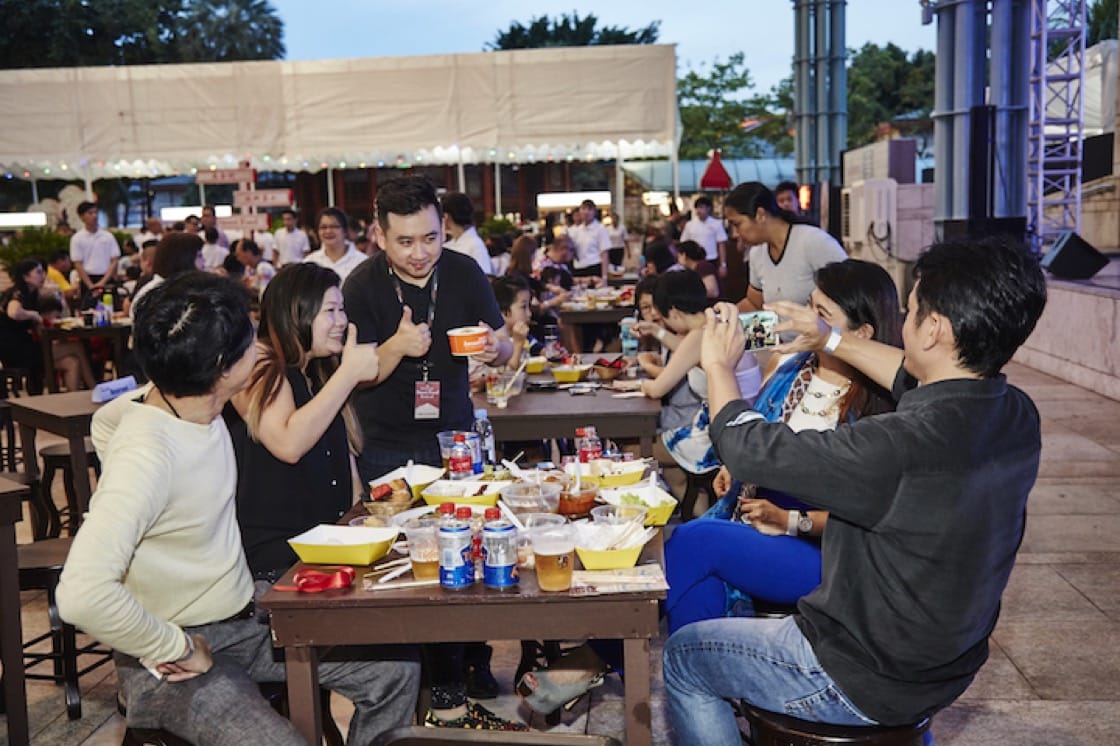 One of the biggest food festivals Down Under, the 27th edition of the epicurean extravaganza will see 200 curated dining events held over 17 days. The festival is famed for holding food events in Melbourne’s labyrinthine laneways as well as the gorgeous countryside in Victoria. New this year is the The World’s Longest Lunch, that will be held in conjunction with International Women’s Day on March 8. Melbourne’s top female culinary talents will whip up a feast that span a 500-meter-long counter for more than 1,600 diners in Victoria Gardens in Prahran. On March 16 and 17, the festival will take over the sleepy town of Jindivick in Gippsland, an hour’s drive from Melbourne. Big names in the festival line-up include two-Michelin-starred Restaurant Kadeau in Denmark and Yardbird in Hong Kong.

Held Throughout the Year

The Taste Festivals is a major series of food festivals that is held in more than 10 cities around the world. The Hong Kong edition, which is from March 21 to 24, features chefs such as Jim Löfdahl of The Flying Elk by Bjorn Frantzén of the three-Michelin-starred Frantzén in Stockholm, Sweden, Wong Gwan Man of local Old Bailey and Max Levy of Sausage Commitment, also in Hong Kong. Those with a sweet tooth can indulge in treats from Cookie DPT, known for its moist and chewy cookies, and RISE Bakery. The London edition will be held on June 19 to 23 in Regent’s Park. 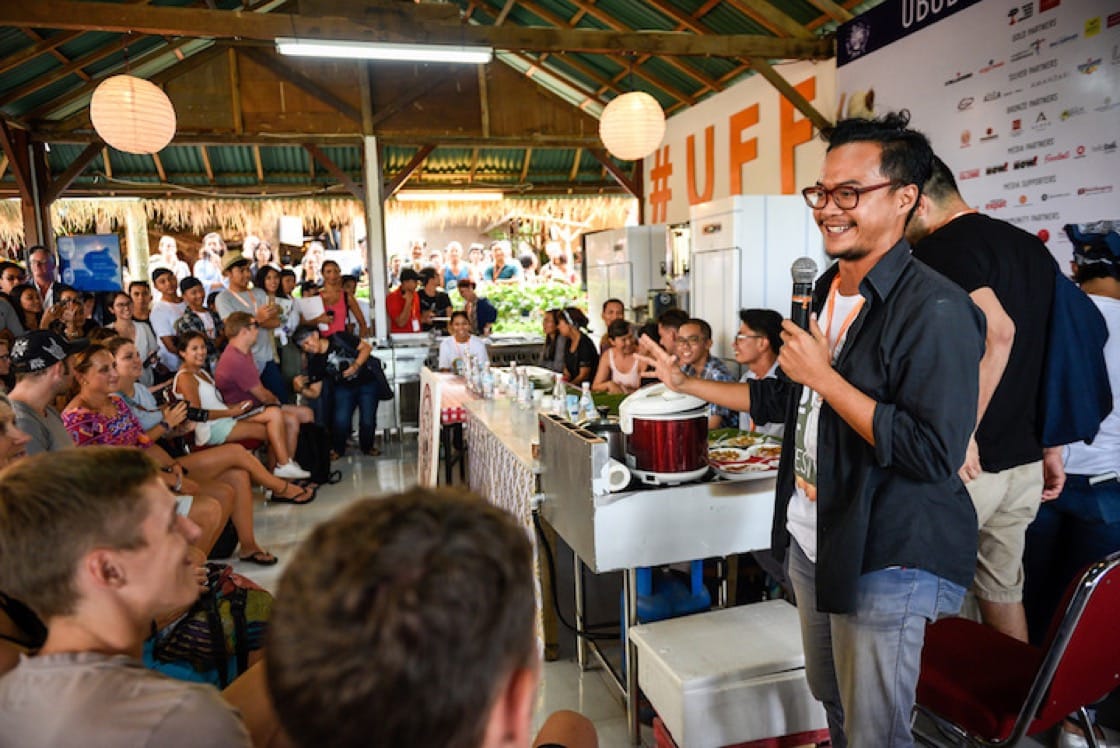 A sambal eating contest at Teater Kuliner during the Ubud Food Festival. (Photo by Matt Oldfield.)

Growing in tandem with the burgeoning dining scene in the balmy resort town of Ubud in Bali is the Ubud Food Festival, which has become one of the most boisterous gourmet events in Southeast Asia. Now in its fifth edition, the festival shines the spotlight on Indonesian cuisines and up-and-coming culinary talents in the region. This year, headlining chefs include Thitid Tassanakajohn (Ton) of one-Michelin-starred Le Du in Bangkok, Darren Teoh of Dewakan in Kuala Lumpur and Jordy Navarra of Toyo Eatery in Manila.

One of Latin America’s major gastronomy events, Mistura, is growing as Peru gains clout as a culinary destination. Among the usual suspects at this festival are a food market, competition for emerging chefs, concerts and a mouth-puckering plethora of food stalls. In previous years, Peruvian produce such as cacao and coffee have been allocated a special pavilion. Expect to rub shoulders with the who’s who of the South American food scene, including Virgilio Martínez of Central restaurant in Lima and ICHU Peru in Hong Kong, and Maido Mitsuharu, who runs the acclaimed Maido in Lima and is celebrated for Nikkei (Peruvian-Japanese) cuisine. 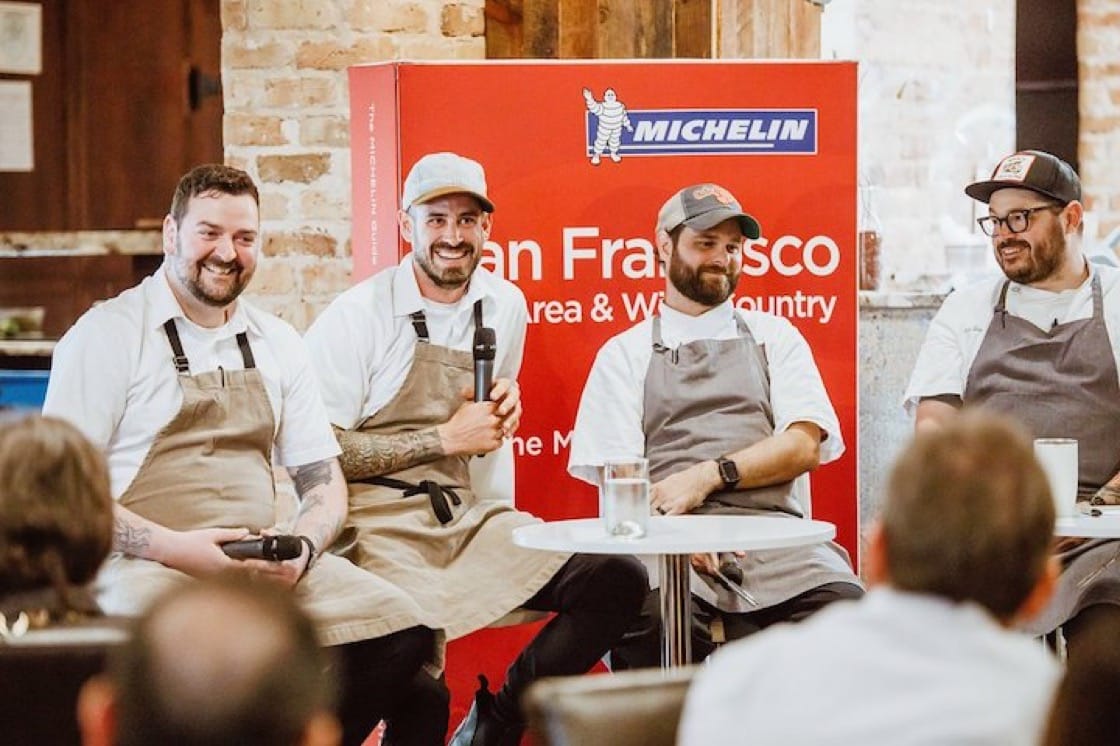 Greenville, South Carolina, has grown into an emerging city for epicures over the years. At Euphoria, food lovers are exposed to cuisine by award-winning chefs and both local and international wines, while getting serenaded by renowned singers (the festival is co-founded by singer-songwriter Edwin McCain). While this year’s chef line-up has not been revealed, the festival has attracted powerhouse chefs such as Dominique Crenn of the three-starred Atelier Crenn, Curtis Duffy and Michael Mina.

One of Europe’s marquee dining conferences, the San Sebastián Gastronomika is jam-packed with food stalls, cooking demonstrations and discussion panels for serious foodies. While the chef line-up for this year’s edition has not been revealed, it has traditionally been graced by top culinary names from the Basque Country, who will present talks on pushing the envelope in the industry. Last year, Joan Roca of three-starred El Celler de Can Roca touched on the subject of “micro territory, macro creativity,” Josean Alija of one-starred Nerua talked about essentialism in polychrome, and Andoni Luis Aduriz of two-starred Mugaritz pushed forward the idea of simplicity in his cuisine.

Hawker food is one of Singapore’s key tourist attractions. Skip the queues at hawker centers at this three-day event that offers the best of 15 MICHELIN Guide-recommended stalls and restaurants under one roof. (Newcomers at this year's installment included Tai Wah Pork Noodle and Rolina Traditional Hainanese Curry Puff, which are both recognized with Bib Gourmand status.)

Adding star power to the event are modern Australian barbecue restaurant Burnt Ends and two-Michelin-starred Chinese restaurant Shisen Hanten, which is famed for its mapo tofu. Other first-timers in the 2019 edition of the festival include hawker stalls Ji Ji Wonton Noodle and Pondok Makan Indonesia that is known for its mutton satay, and Spanish restaurant OLA Cocina del Mar.