First Look: Moss at The Retreat at The Blue Lagoon

Take a peek at the driven multi-course concept at the new luxury retreat and spa.

Earlier this year, the team at the Blue Lagoon—Iceland’s wildly-popular tourist destination known for the heated blue waters rife with healing properties—unveiled The Retreat. The über luxury hotel is a spa-goers fantasy, featuring 62 suites surrounded by the aforementioned ice blue waters and lava fields, as well as a private spa with a 900-square-meter lagoon for in-water massage treatments.

A hotel like this deserves a fine dining restaurant. Enter Moss, located on the highest point of the property, which “reimagines Iceland’s culinary traditions” through three tasting menus (five- or seven-course, or vegan). 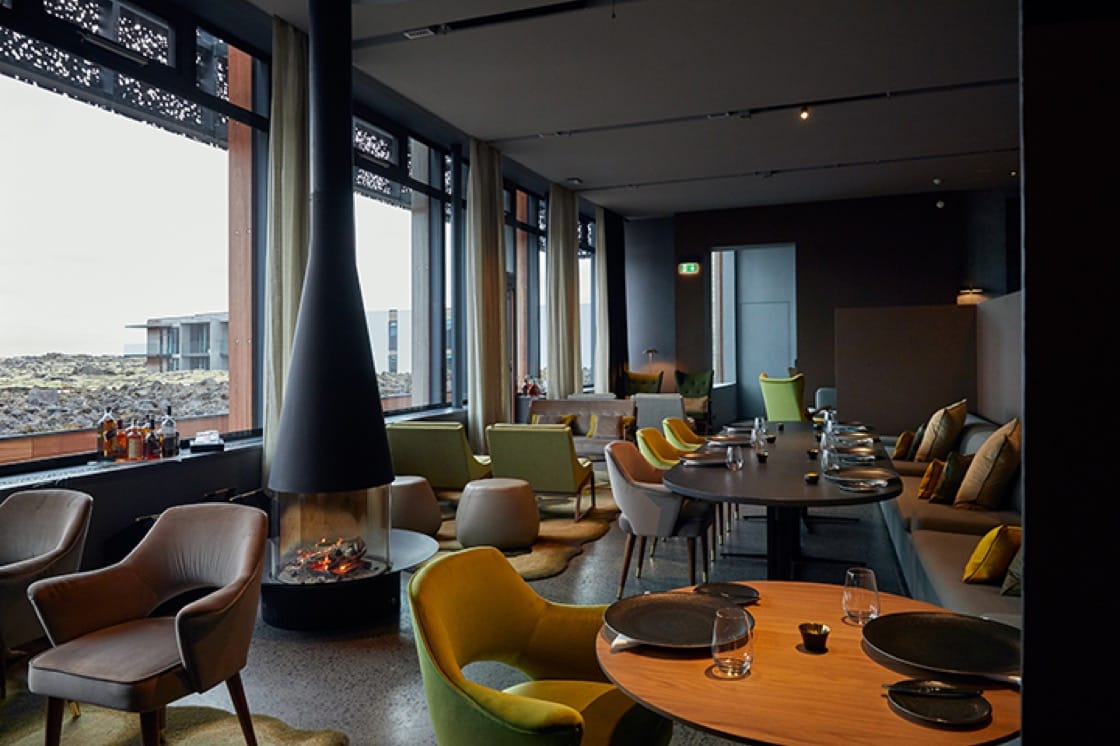 Led by executive chef Ingi Þórarinn Friðriksson, the team at Moss takes guests on a journey through Iceland’s vast terrain, sourcing ingredients from all corners of the country. The menu changes daily according to availability and seasonality. Sample dishes include a reimagined beet salad with blue cheese “snow”; langoustines farmed in nearby Grindavík and served with wild garlic, butter, parsley and croutons; and arctic char crudo served atop a sorrel and cucumber sauce and studded with roe. Though some vegetables are imported, many served at the restaurant are sustainably cultivated on organic farms or in geothermal greenhouses. 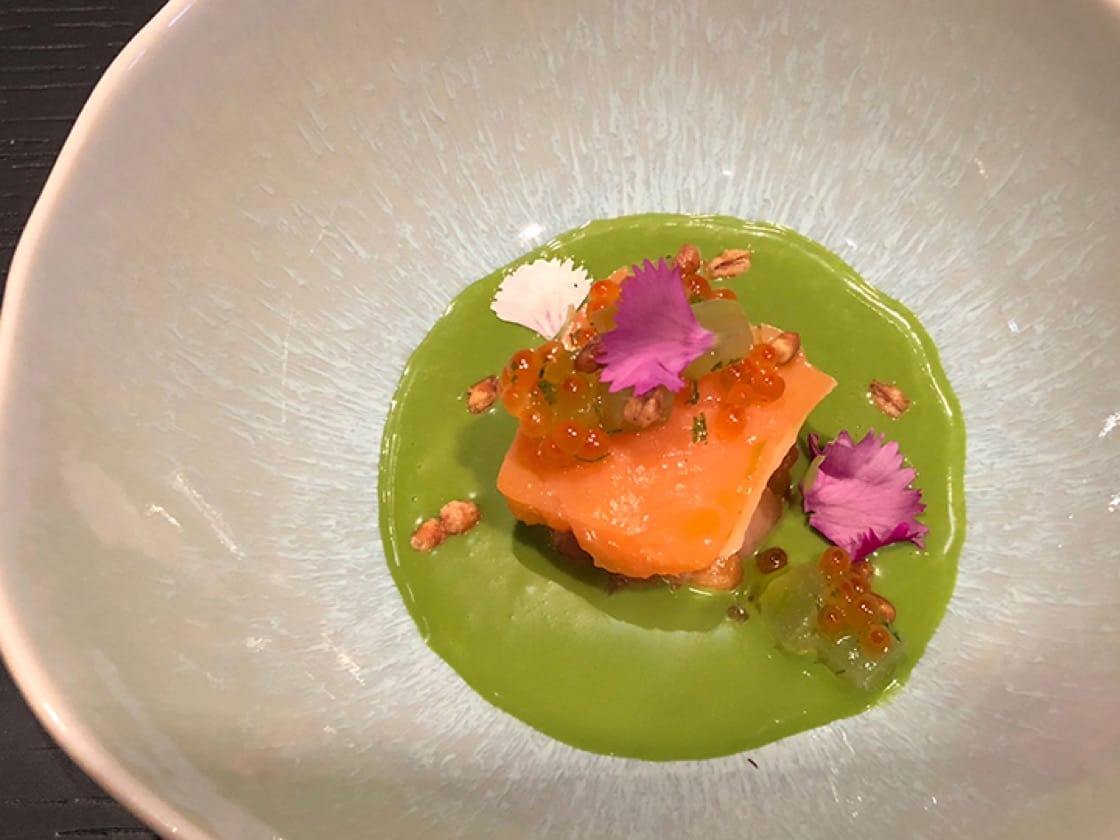 Arctic char, pictured here, is sourced from Kirkjubæjarklaustri, a village in the south of Iceland. (Photo by Abbe Baker.)

Keeping in tune with the area’s surroundings, a chef’s table (pictured in the banner image above) made of lava rock that was quarried on-site, faces the open kitchen. Downstairs, guests can visit the wine cellar that was carved into a cavern of lava that dates back to 1226; a maximum of 20 guests can partake in wine tastings and dinners set among the Old World-centric list with a heavy focus on Bordeaux and Burgundy.

To prepare for the opening of Moss, many of the chefs staged at one-Michelin-starred Texture in London, where they have a link with chef/owner—and Iceland native—Aggi Sverisson. “Staging at Texture enables Moss’s chefs to hone their craft at a renowned restaurant that makes use of Icelandic ingredients,” says Már Másson, the property’s director of culture and marketing. “The result is enhanced knowledge, inspiration and an optimized approach to service.” These staging opportunities, ranging from four weeks to four months, will become commonplace at Moss to bring out the best of each chef, keeping them engaged and invigorated. 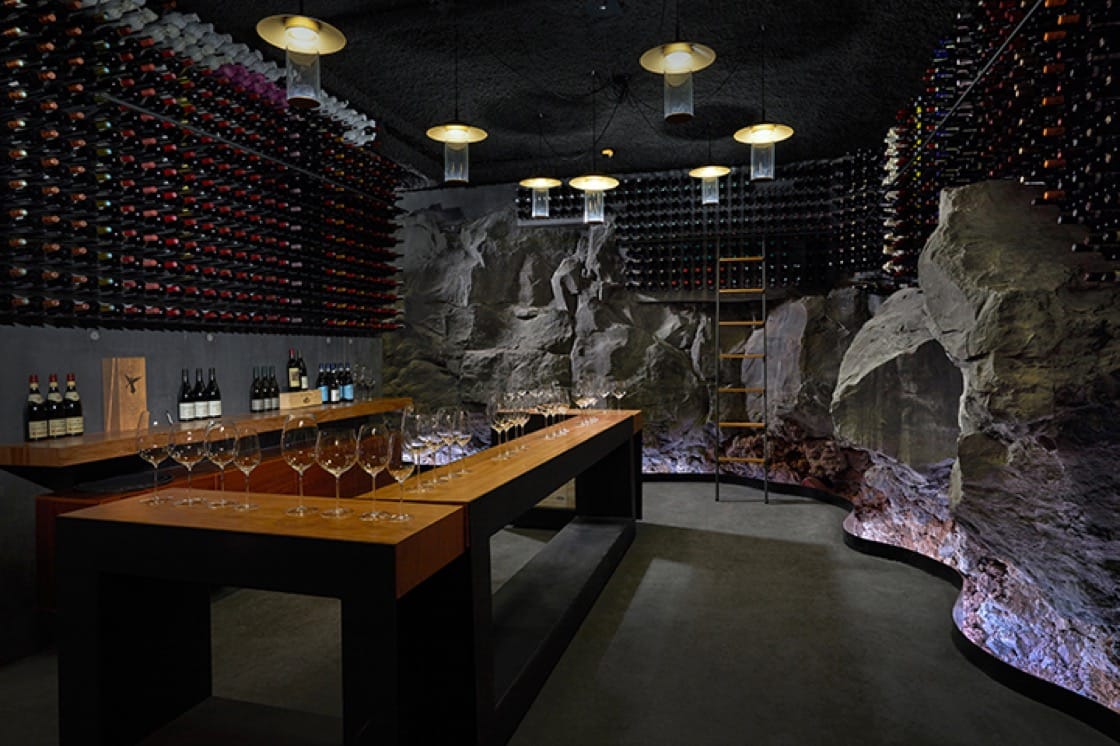 (Photo courtesy of The Blue Lagoon.)

For those visitors who are tight on time on their Iceland journey needn’t worry—The Retreat offers a day pass of four hours granting access to the Blue Lagoon, spa and Moss restaurant. Consider your Iceland itinerary made.