If there’s a common thread running through the best boutique hotels of Amsterdam, it’s that they’re not afraid to have a little fun. Even behind the stately facades of the city’s historic canal house hotels, there’s a playfulness — a pronouncement that they’ve no interest in maintaining a stiff upper lip. These buildings have stood for centuries, and a bit of quirk here and there is a subtle reminder to guests that life is short, and you shouldn’t take yourself too seriously. The spirits of the house whispering, “Gather ye rosebuds while ye may.”

Amsterdam’s institutional landmarks are another popular pick for hotel home bases. There, too, old structures have been repurposed into new lodging, and there, too, the trademark vim and vitality continues — albeit on a much grander and more industrial scale. The ghosts of the past have more room to roam in these spaces, but their opinion is much the same: “You’re alive, you’re probably on vacation, enjoy yourself!”

Topped off with slew of newer, more youth-oriented accommodations that are vivacious by nature, Amsterdam’s hotel scene is united in its desire to ensure that you have a good time, and that you don’t waste a minute of it. Here’s a sampler.

Amsterdam, Netherlands
Time was boutique hotels in Amsterdam were avant-garde affairs, parlaying the success of modern Dutch design into a hotel scene straight out of the future. Hotel Mercier, however, belongs to a later generation, one that integrates Amsterdam’s historical charms with eclectic contemporary decoration and the kind of personality-driven boutique hospitality. 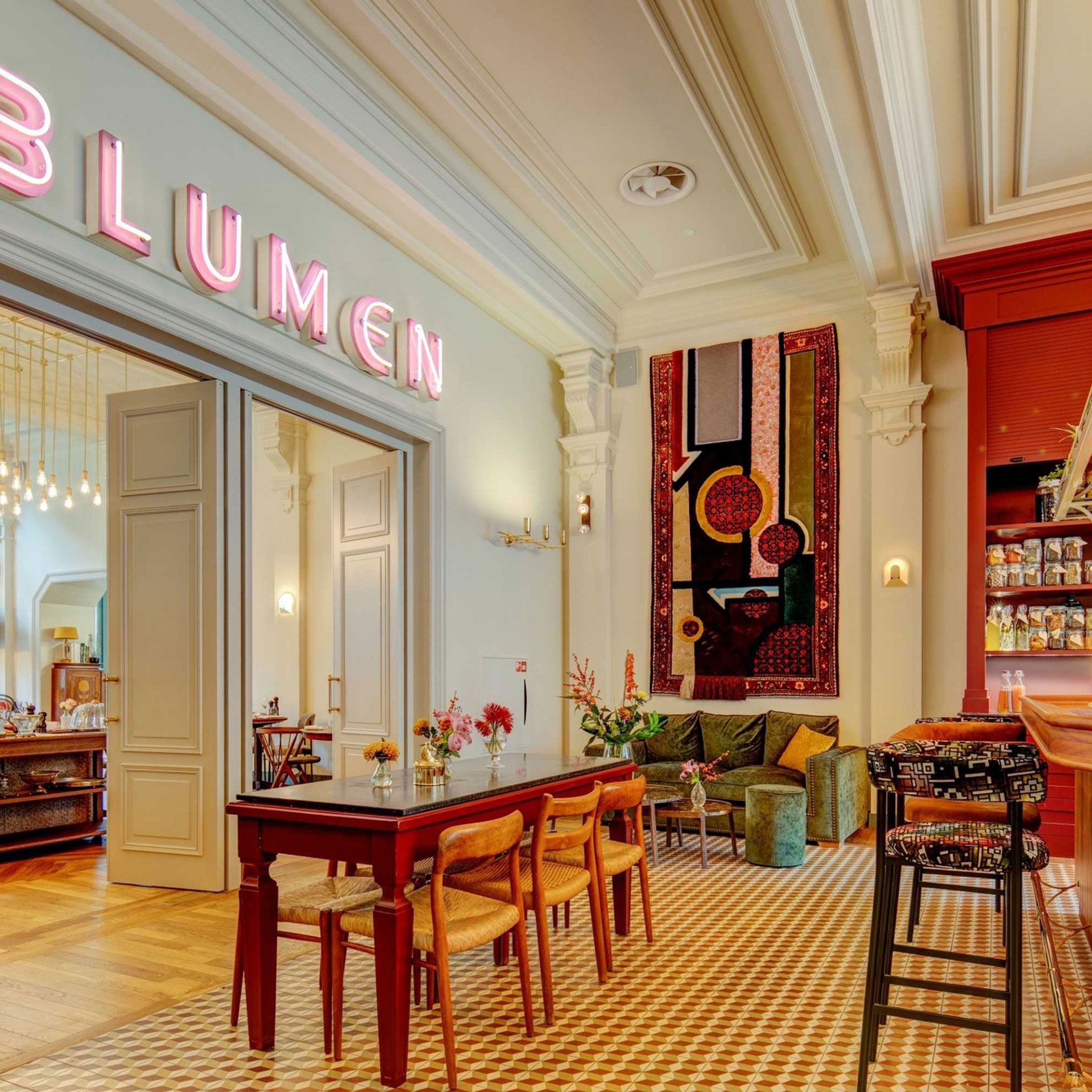 Amsterdam, Netherlands
Seven One Seven is as haute-luxury as they come, just nine sumptuous suites in a landmark 19th-century house along the Prinzengracht, outfitted by the former owner, fashion designer Kees van der Valk. The hotel’s own promotional materials sell Seven One Seven as an “exclusive private guesthouse,” which is pretty much right on the mark. In physical terms they’re equally well suited for business or pleasure, but when it comes to atmosphere they seem purpose-built for romance. 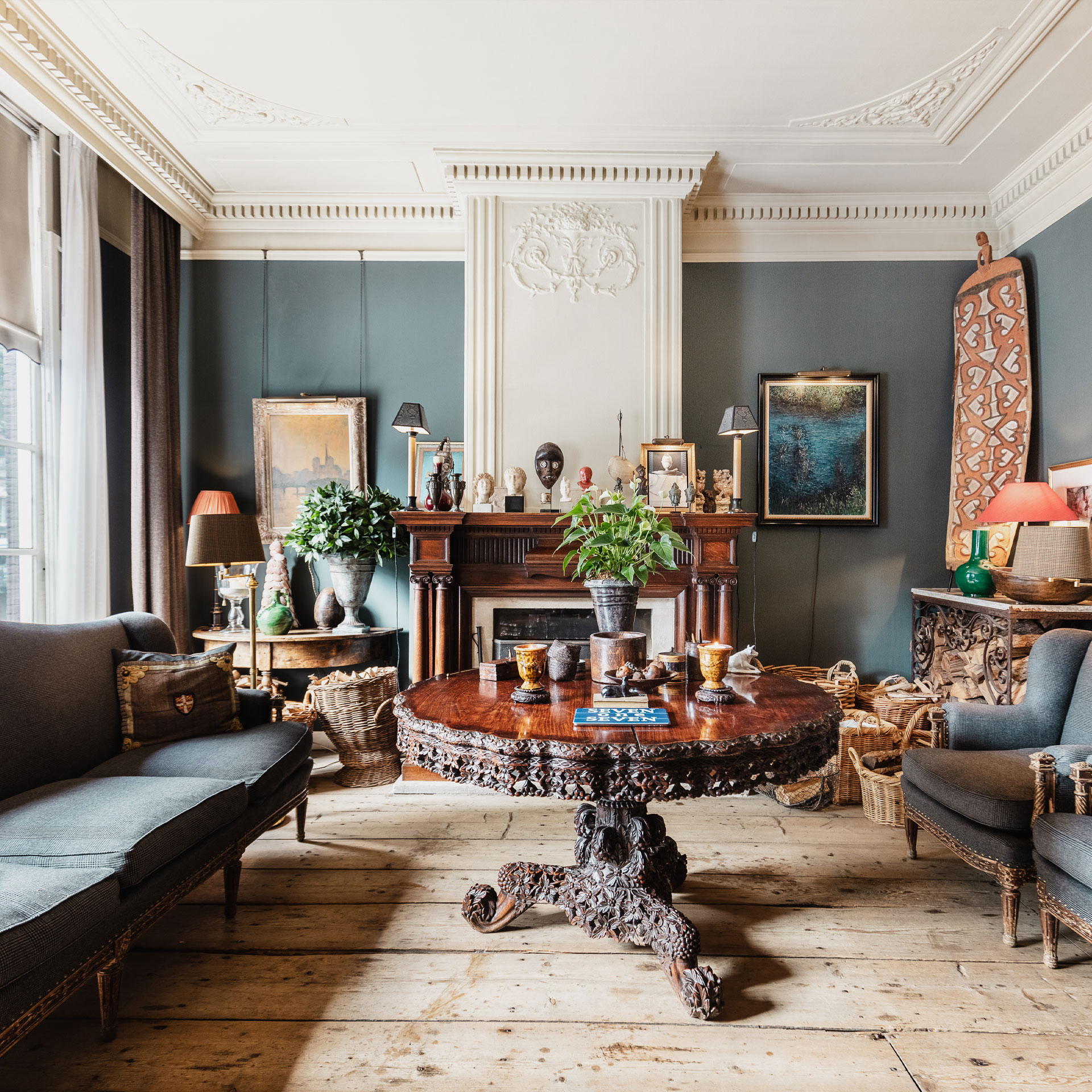 Amsterdam, Netherlands
On the fringe of greater Amsterdam, ten minutes away by train, the historic industrial town of Zaandam is undergoing a renaissance. That exterior shot of the Inntel Amsterdam Zaandam ought to be a clue that something out of the ordinary is happening here — it’s like a shipping crane went mad and stacked a few dozen of Zaandam’s traditional green-painted wooden houses atop each other. Within that attention-grabbing exterior is a hotel that’s something of a modern classic. 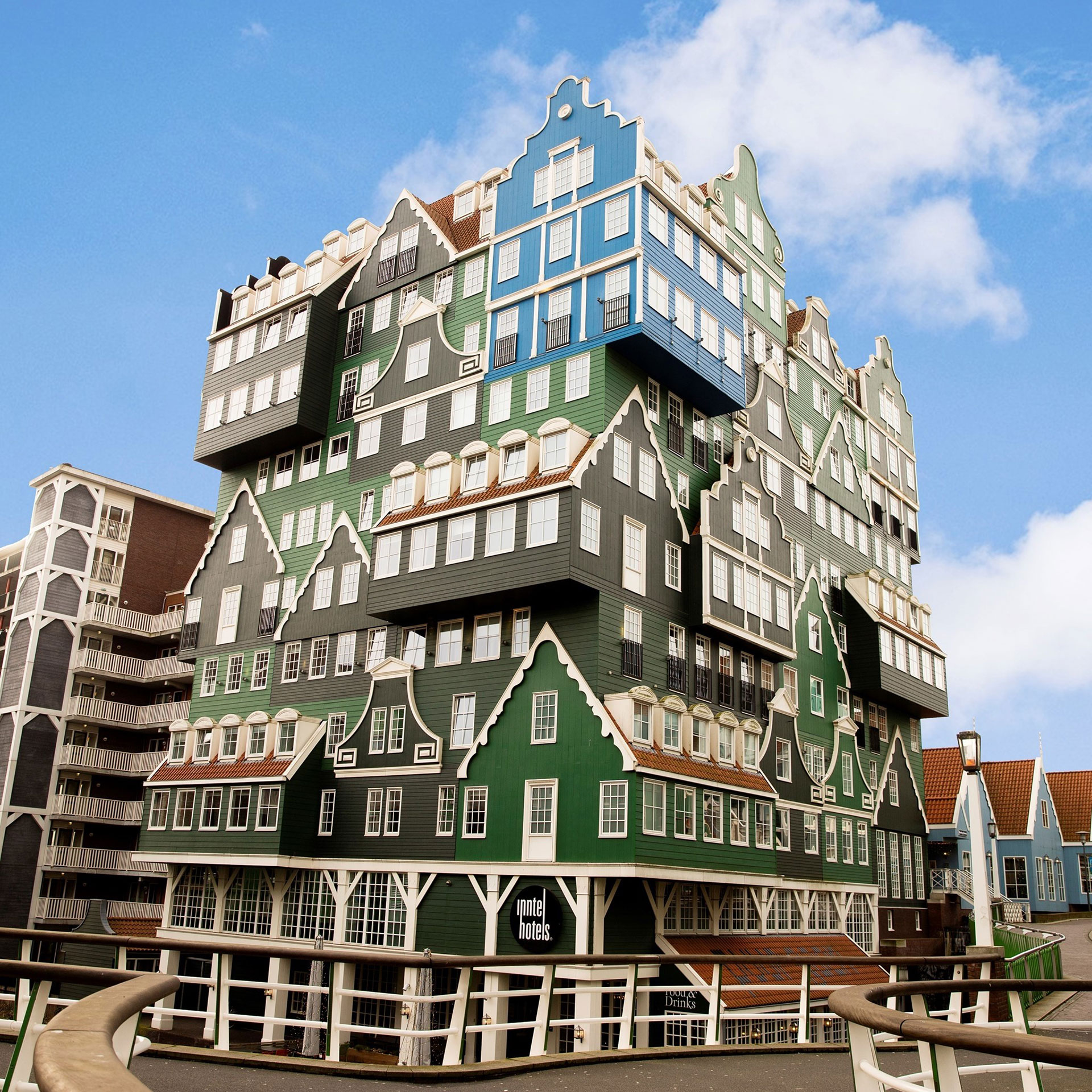 Amsterdam, Netherlands
For a while in the late 19th and early 20th centuries, the Houthandel van de Vijsel was an unusual Amsterdam landmark, a timber and hardware shop around which had grown an upscale residential neighborhood. For a while it sat vacant, but now, thanks to hotelier Arjen van den Hof and architect Minke Wagenaar, the spirit of the place — and many of its original beams, in fact — lives on as the Hotel van de Vijsel. 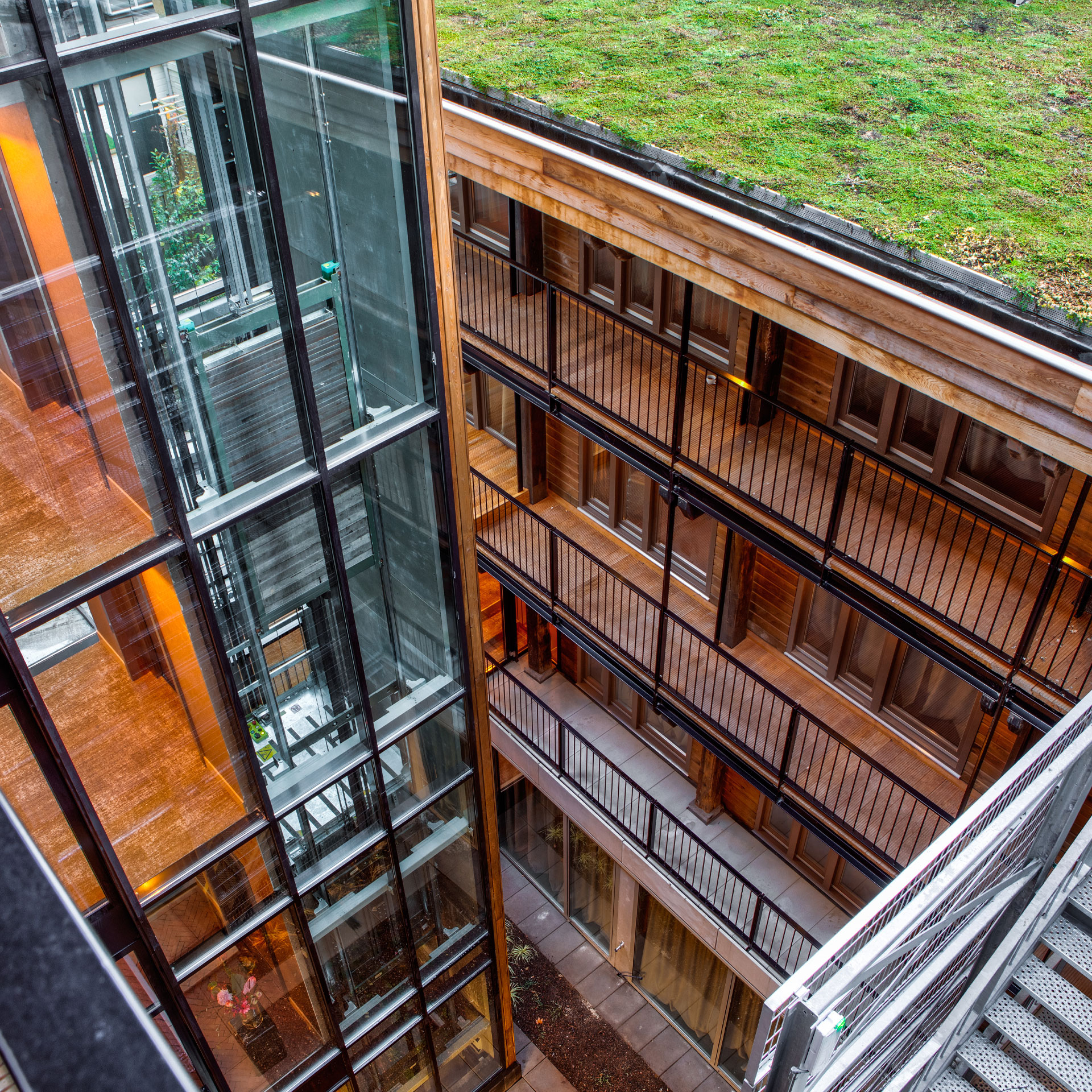 Amsterdam, Netherlands
We’d bet money that the team behind the SIR brand of hotels were big into imaginary friends as children. How else do you explain their propensity to design boutique hotels with fully formed human personalities? In this case, Sir Adam happens to be a music impresario. After a few too many years of the nomadic rock-star lifestyle, he’s looking to settle down — and he wants to invite some of his hippest friends to stay with him at his new place in Amsterdam. 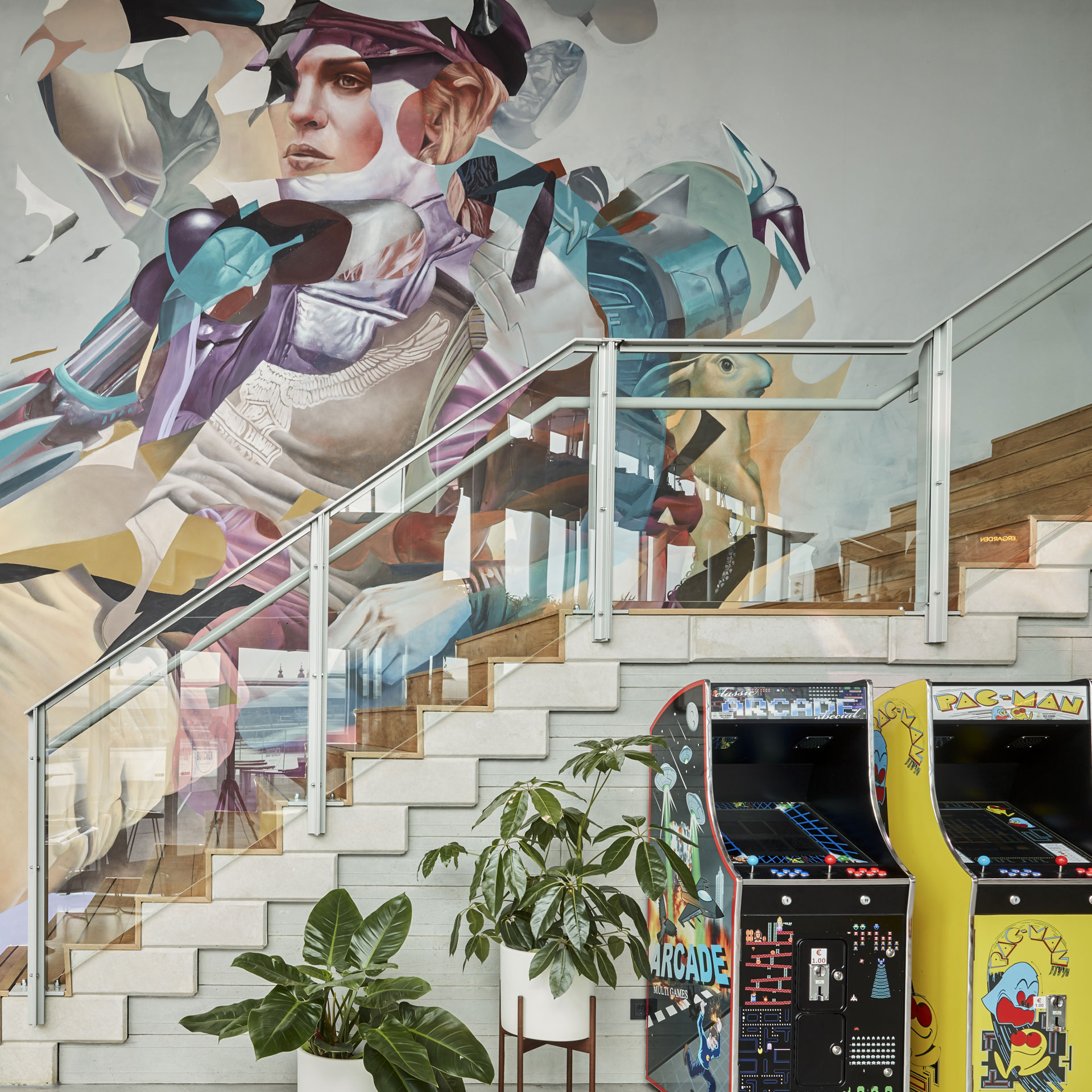 Amsterdam, Netherlands
Housed in a renovated office building found in the heart of Amsterdam’s city center and theater district, Hotel V Nesplein is a funky boutique hotel within walking distance of most of the major attractions. The hotel’s restaurant and bar is a popular local hangout in itself, and often features live music on its small stage. Decorated with velvet stage curtains, stage lights, and vintage black and white show posters, the space pays tribute to the neighborhood’s theatrical background. 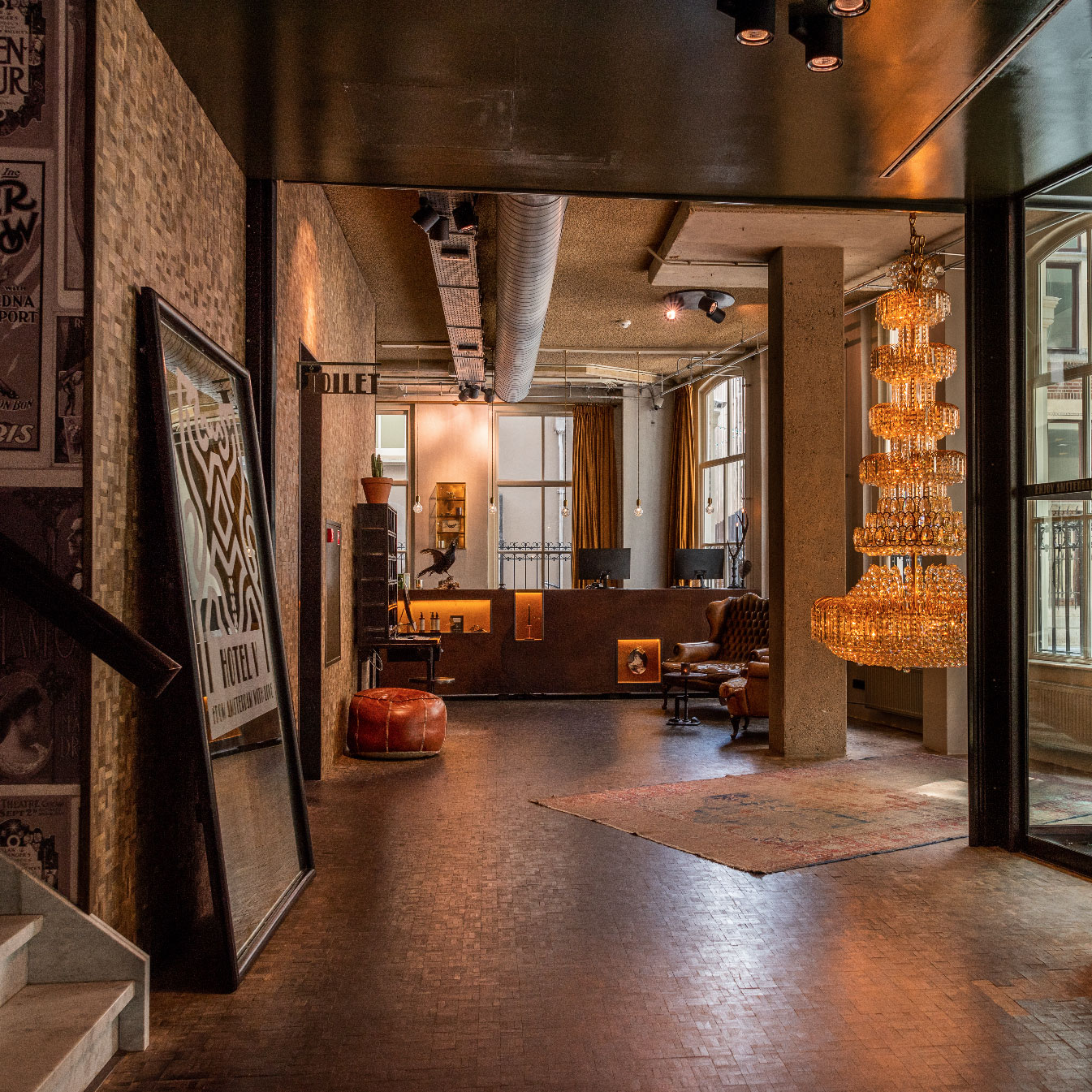 Amsterdam, Netherlands
This notoriously compact city is perfectly suited for the Hoxton concept: long on style, if short on space, and easier on the budget than a hotel this stylish has any real right to be. The Hoxton, Amsterdam is set in a row of five classic canal houses, and, in the interest of preservation, follows their warren-like floor plans. But it brings to the Netherlands an aesthetic all its own, one that owes an obvious debt to industrial East London. 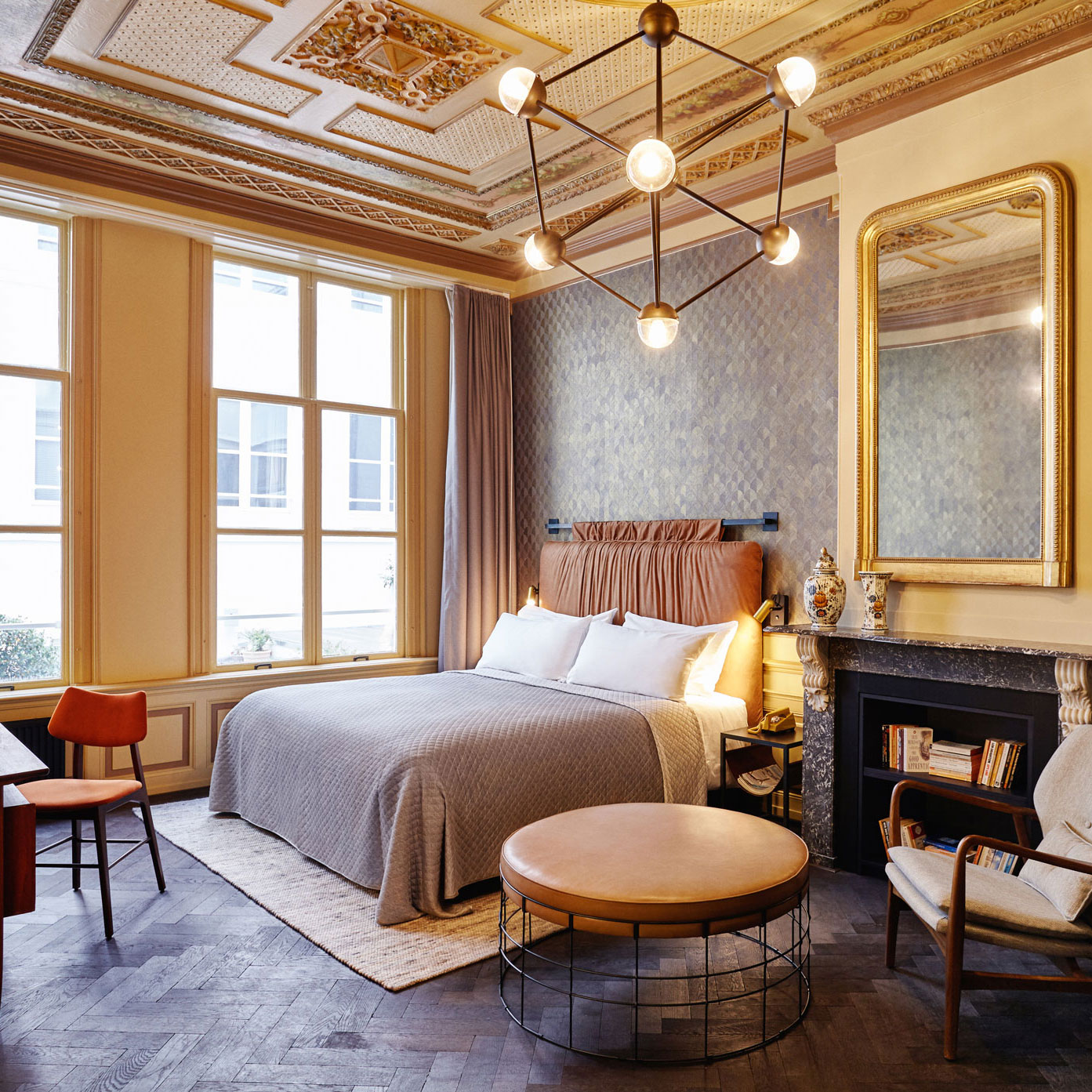 Amsterdam, Netherlands
Volkshotel rests in all its renovated glory on the banks of the Amstel. Once the headquarters of Dutch daily De Volkskrant, its open-design ’60s concrete structure — nicknamed “The White Swan” — was given new life as a creative workspace and restaurant by Urban Resort Foundation, both eventually incorporated into the hotel’s current incarnation, making it a social hub for travelers, artists, nightclubbers, entrepreneurs, and dedicated foodies. 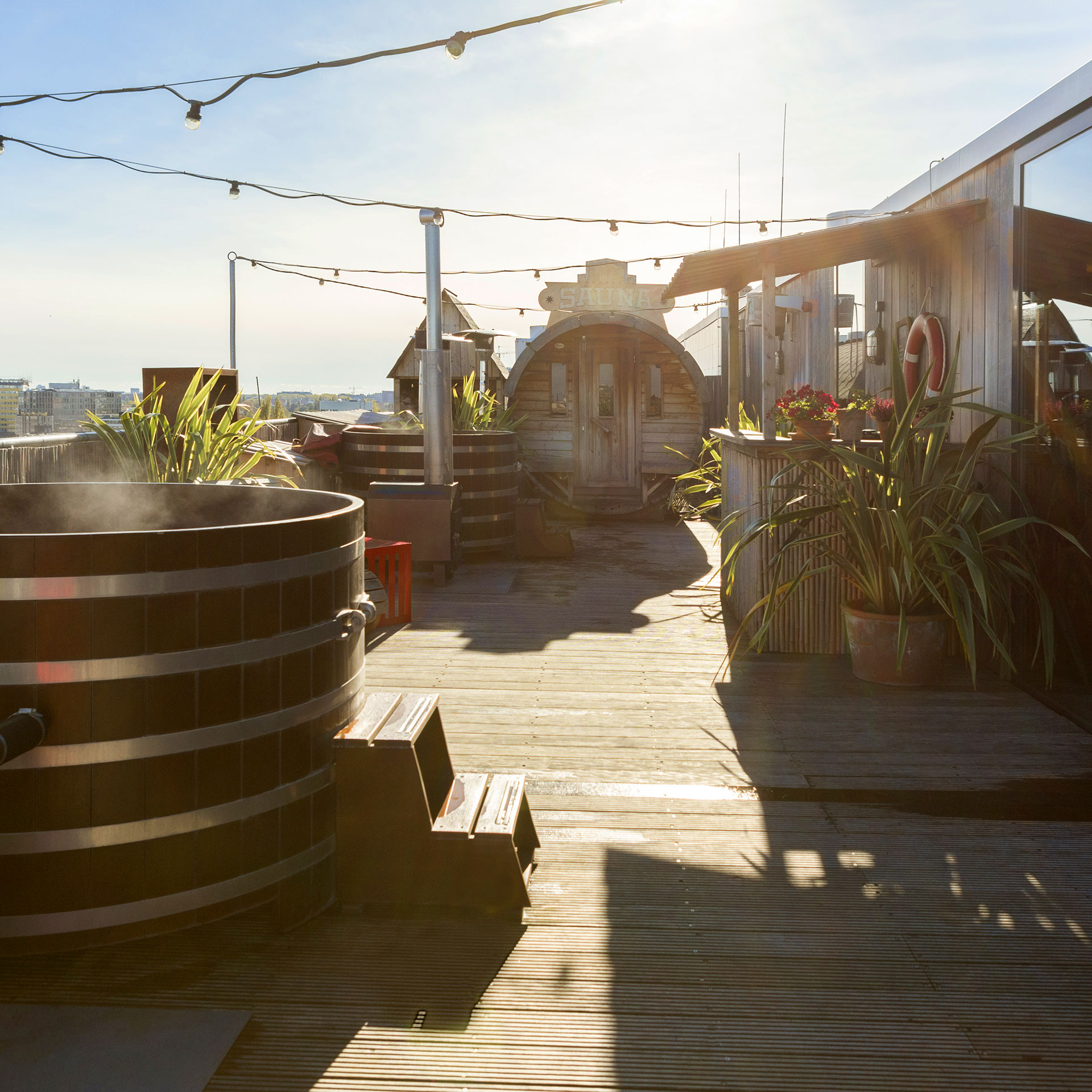 Amsterdam, Netherlands
The first Dutch boutique hotels we saw were marvels of the modern minimalism that was in the ascendant in the turn-of-the-millennium Netherlands. Since then, however, we’ve seen a flowering of eclectic styles — but none quite so ornate as that on display in Hotel TwentySeven. This 1916 building is home to a private club, and, on its upper floors, to a luxury boutique hotel that’s as intensely atmospheric as anything we’ve ever seen. 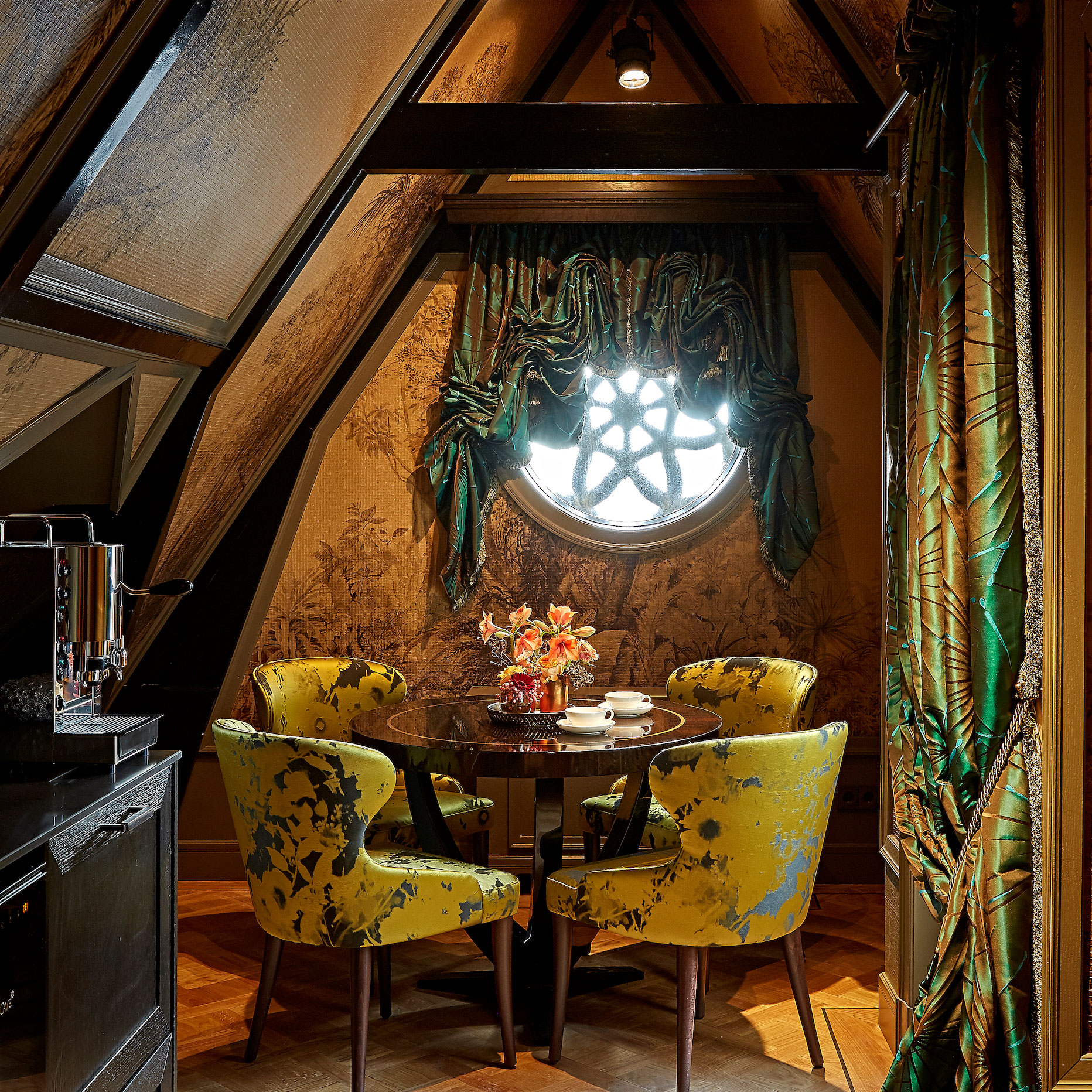 Amsterdam, Netherlands
From Amsterdam’s old music school to a conservatory of a different kind; the Conservatorium is a radical repurposing of the city’s Sweelinck Conservatorium building, transforming its soaring institutional spaces and ornate century-old construction into a contemporary design hotel, one with plenty of personality and plenty of space to express it in. And the fact that it’s one of very few luxury hotels in the city center certainly doesn’t hurt its case. 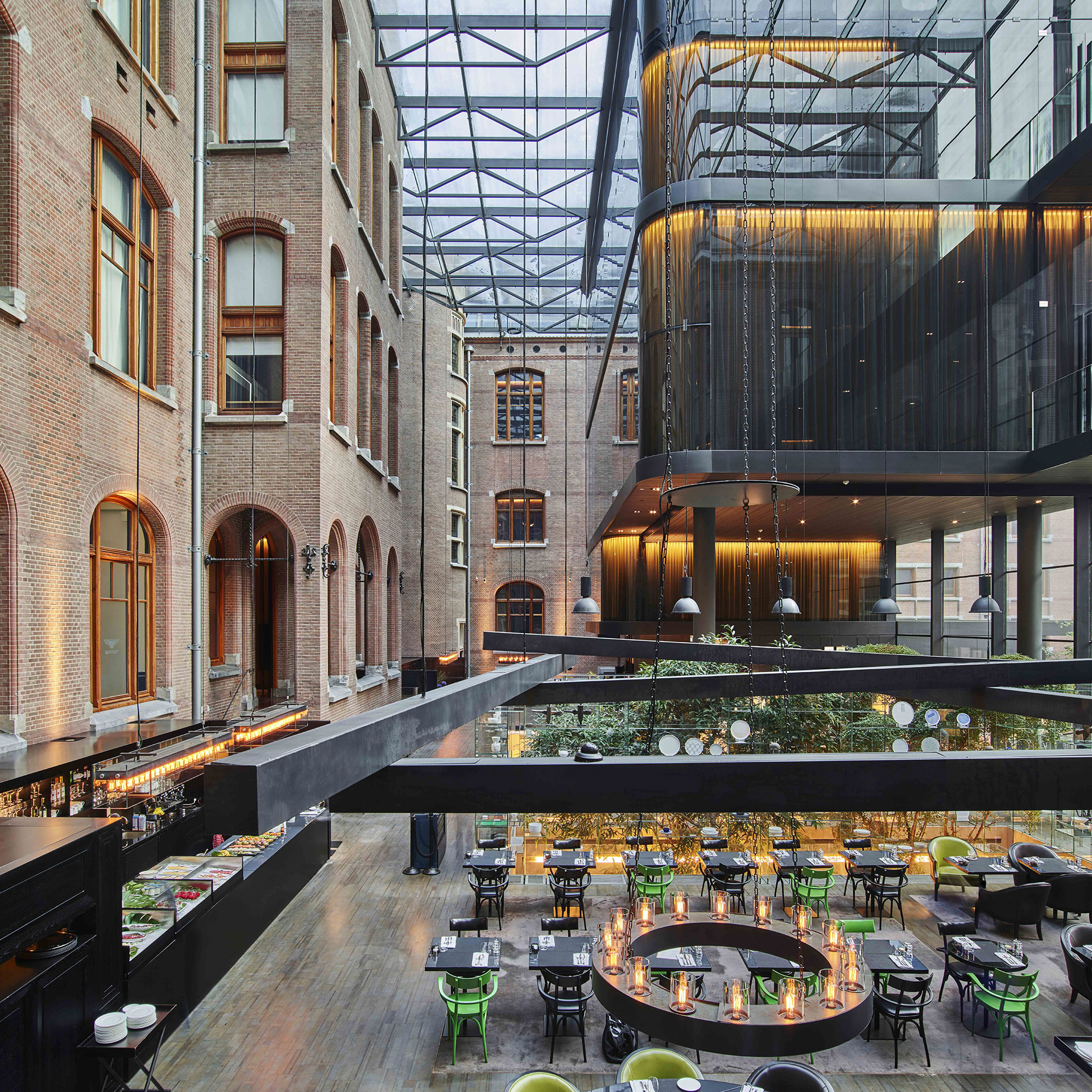 Amsterdam, Netherlands
Visitors in search of Amsterdam’s historical canal-house charm have never had trouble satisfying their needs, and devotees of modern Dutch design likewise find themselves well served — just not usually at the same hotel. The Canal House squares this particular circle, and while the results might not satisfy purists at either extreme, there are a great many of us who are likely to find its blend of timeless elegance and modern luxury to be just the perfect mixture. 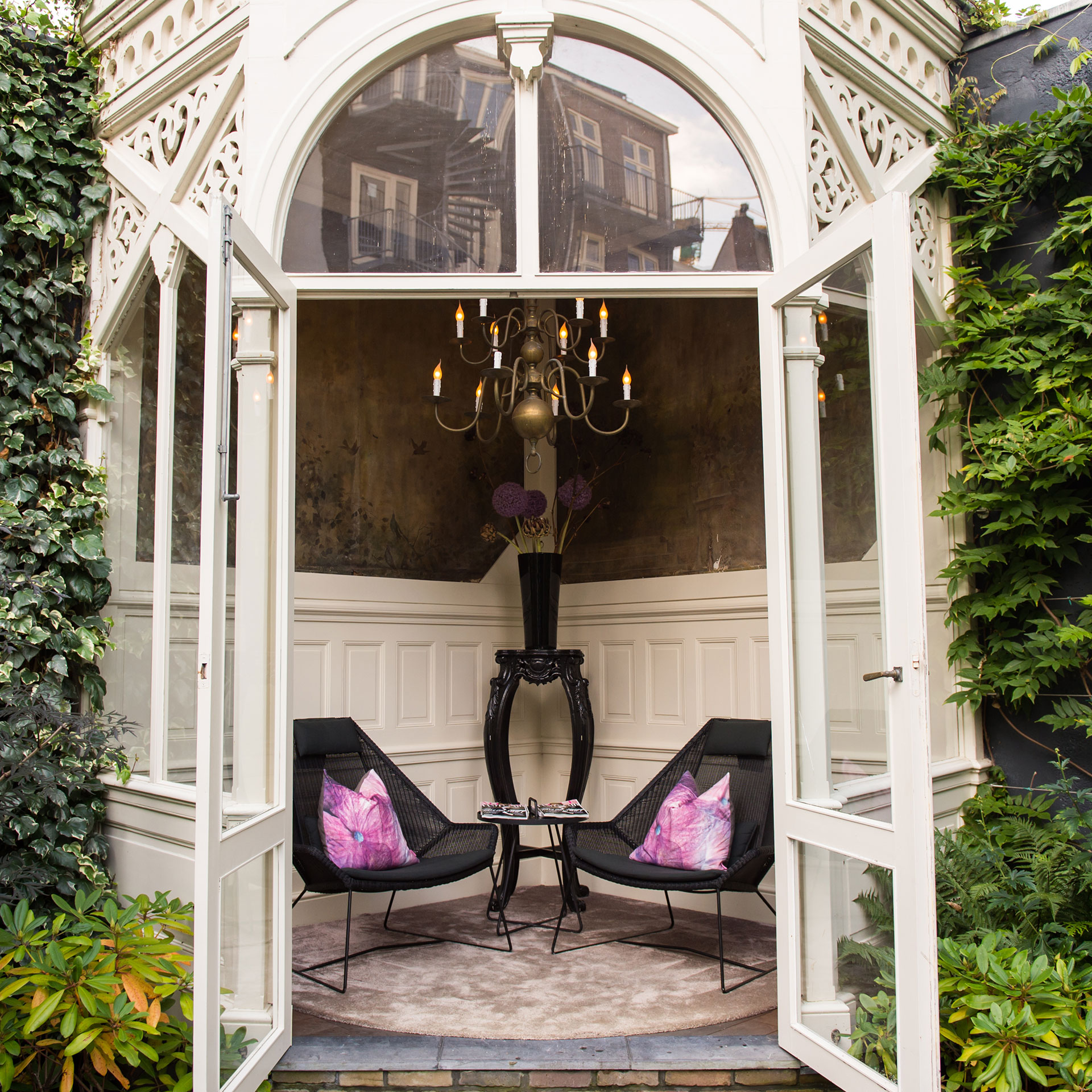 The Pavilions Amsterdam, The Toren

Amsterdam, Netherlands
The Toren’s location in the central canal district could hardly be more picturesque, and the same goes for the building itself, which recently celebrated its 400th birthday. Not content simply to rely on the charm of its setting, the Toren’s proprietors brought in designer Wim van de Oudeweetering, who outfitted the hotel in lush fabrics, rich colors, bold patterns, and theatrical details — you’d almost call it baroque, were it not so contemporary in its vision.

The Pavilions Amsterdam, The Toren

Amsterdam, Netherlands
Pulitzer refers to Peter, grandson of the journalism prize’s founder and obsessive fan of the town’s stately old canal houses. Putting his money where his mouth was (“the house of your neighbor is for sale only once,” he said), he set about rescuing them from ruin bit by bit; thus we have today’s Hotel Pulitzer, a five-star hotel complex comprising 25 of the photogenic 17th-century edifices along the Prinsengracht and Keizersgracht. 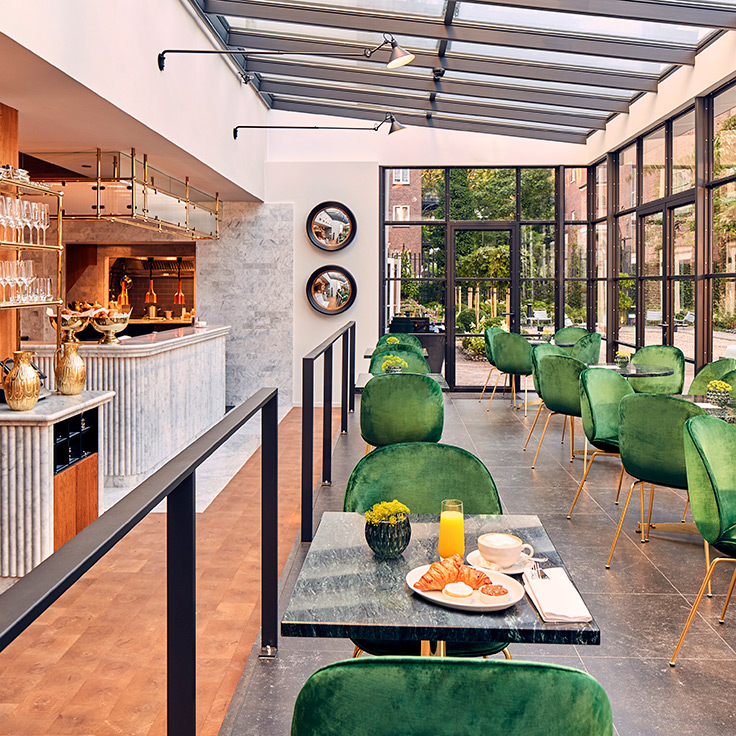 Amsterdam, Netherlands
At Zoku, a kitchen table, not a bed, is the central feature of the hotel’s loft rooms. It’s a welcome admission of a basic fact that most travelers already know — that a hotel room, particularly in an urban location, should be more than a place to sleep. Though the lofts make excellent venues for working, the hotel contains a range of light-filled, open-plan “social spaces” that encourage communal work and play. 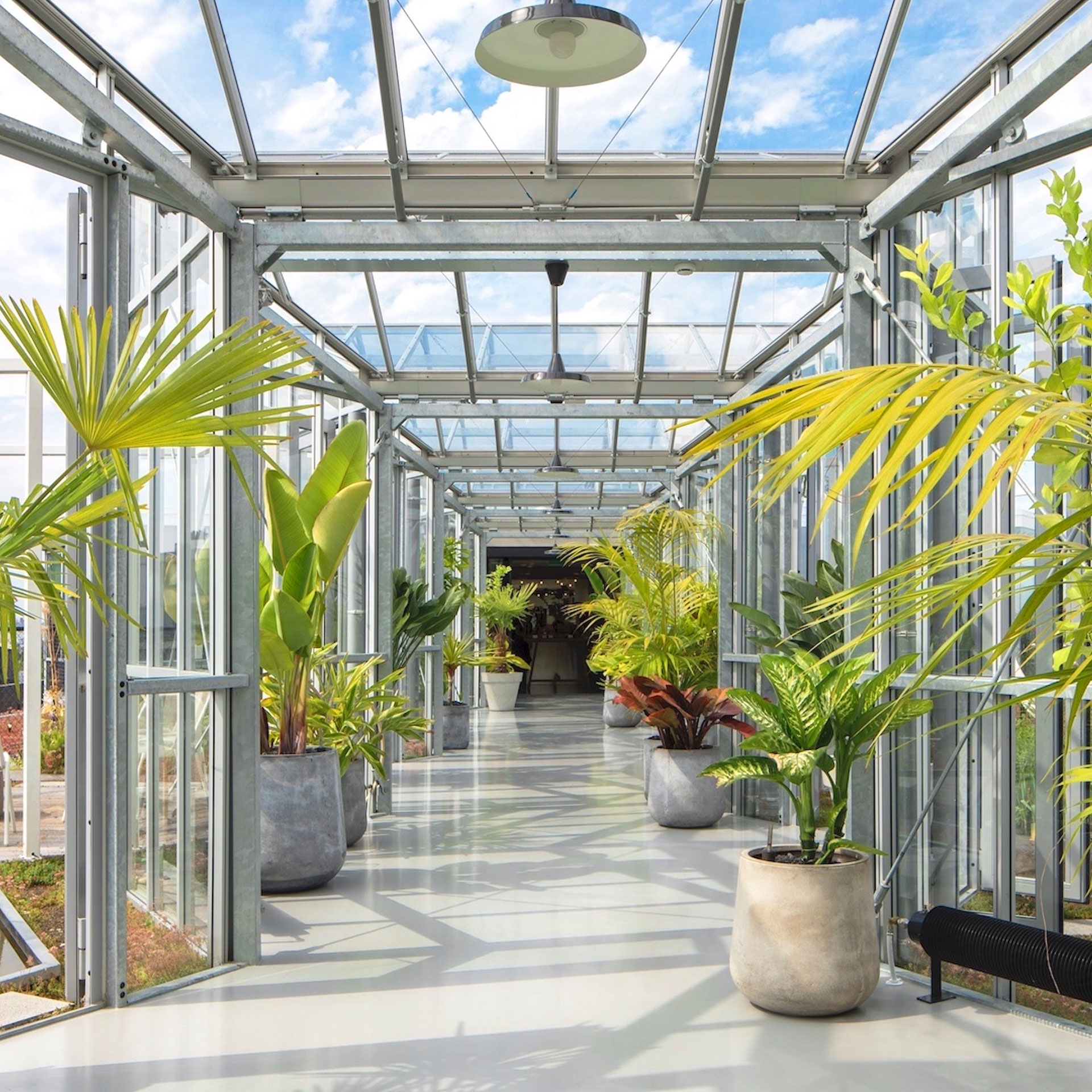 Amsterdam, Netherlands
The old Park Hotel is back, with a subtle update to its name and a corresponding update to its interiors and its offerings. The Park Centraal Amsterdam isn’t quite an entirely new hotel — after a century in business it’s got plenty of history worth preserving, and its highly regarded restaurant, MOMO, is still going strong. But it’s been thoroughly refreshed, and now presents an irresistible vision of modernist-inspired Dutch city life: rich colors, curvaceous furnishings, and stylish artworks. 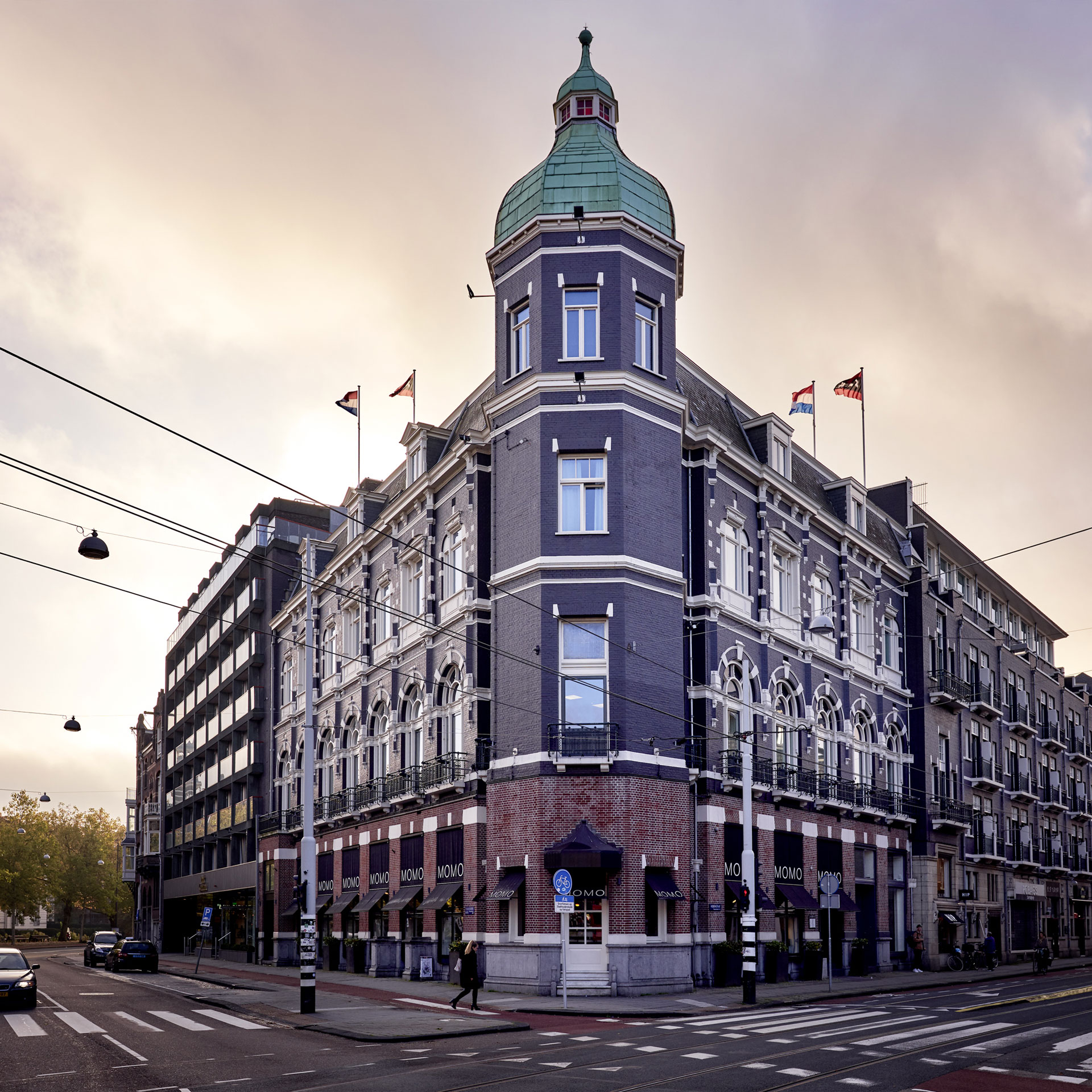