In 2017, the Faroe Islands were added to the MICHELIN Guide Nordic Countries, and KOKS entered the selection with one star.

Islander Poul Andrias Ziska has been the head chef of KOKS since January 2014—here, we catch up with the chef after dinner in the restaurant's jaw dropping new location with views of Lake Leynar.

How are you settling into your new surroundings?
Really well. The restaurant is located in a very remote spot—reached via a gravel track—in a former farmhouse and forge dating back to the 18th century, and has a traditional turf roof. This location provides the perfect backdrop to showcase my creative Faroese cooking.

Tell us about your background.
I am 28 years old and grew up in Tórshavn, the capital of the Faroe Islands. I first experienced working in a kitchen at a pizzeria at the age of 14. I later worked under Leif Sørensen, who had perhaps the greatest influence on me—he can best be described as the Godfather of Faroese cuisine. I later worked briefly at Geranium in Copenhagen but returned to the Faroe Islands in January of 2014 to take over as head chef of KOKS.

What is your earliest food memory?
Celebrations as a child around the second day of Christmas, when we traditionally eat ræst (fermented lamb).

What made you want to become a chef?
The creative process appealed to me—I couldn’t see myself sitting on a school bench for long periods! 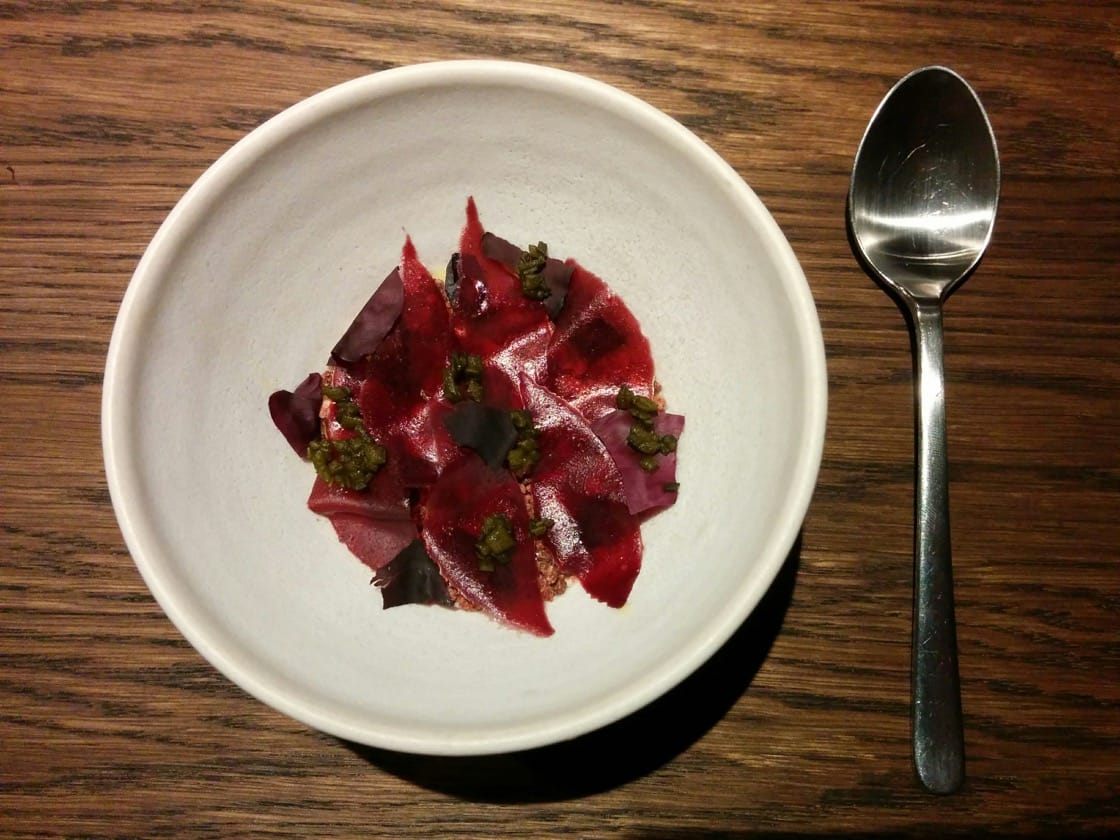 Dulse and blueberry at KOKS.

Who would you describe as your mentor?
That has to be Rasmus Koefed from Geranium. Seeing his way of doing things, the kitchen structure and the philosophy [at Geranium] was life-changing.

What is your style of cooking?
I embrace the New Nordic philosophy, and I want to express the time of year through my cooking and let the dishes show the wonderful terroir we have here in the Faroe Islands. We are proud to use traditional techniques such as fermentation, salting, pickling and curing.

Which three ingredients are the best in the Faroe Islands?
The wonderful sea urchins. They are in season from April to August; however, we are now increasingly finding them outside of season, in different microclimates that seem to encourage their growth. Lamb, which we ferment. And turnips—they are some of the sweetest, juiciest and finest around. 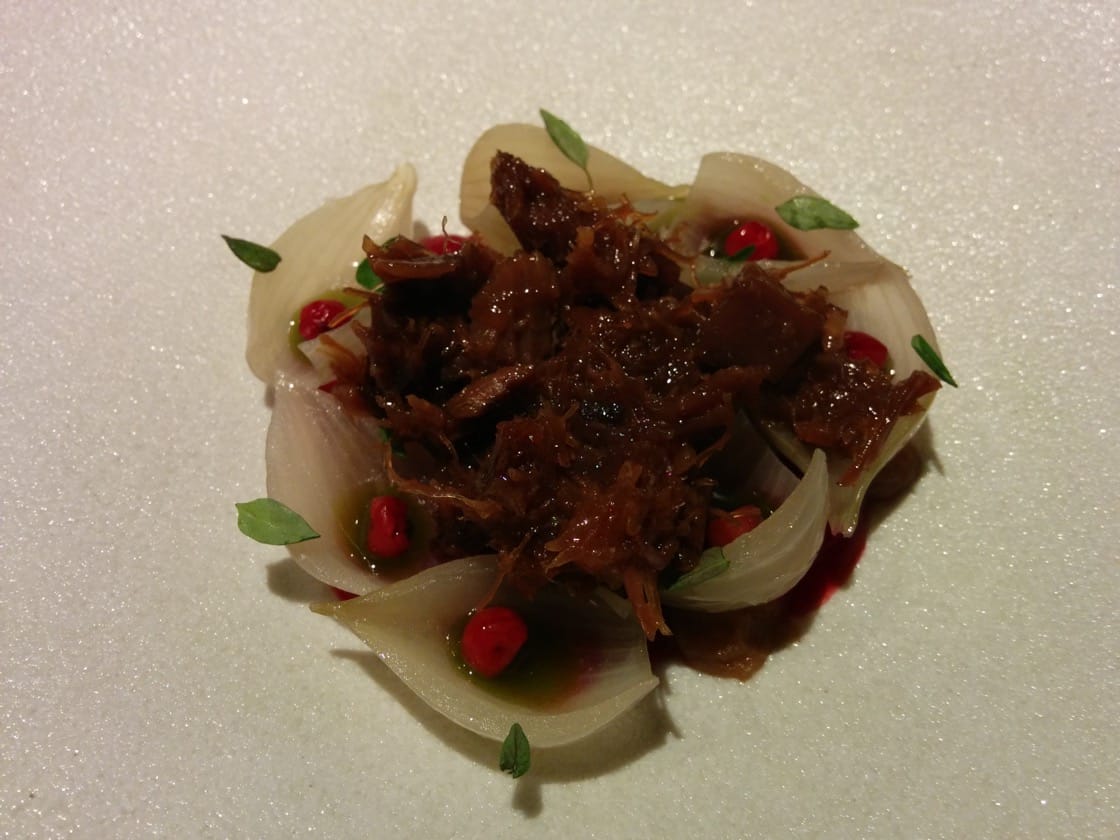 What makes cooking in the Faroe Islands so special?
The terrific fresh fish and shellfish and, of course, the lamb. We are currently working on an exciting project to get five or six farmers on the island of Sandoy to grow vegetables for us.

What cooking technique do you use the most?
Definitely fermentation and salting. There’s a lack of firewood (there are no trees on the island), so we ferment and dry fish for up to four weeks and lamb for two months. 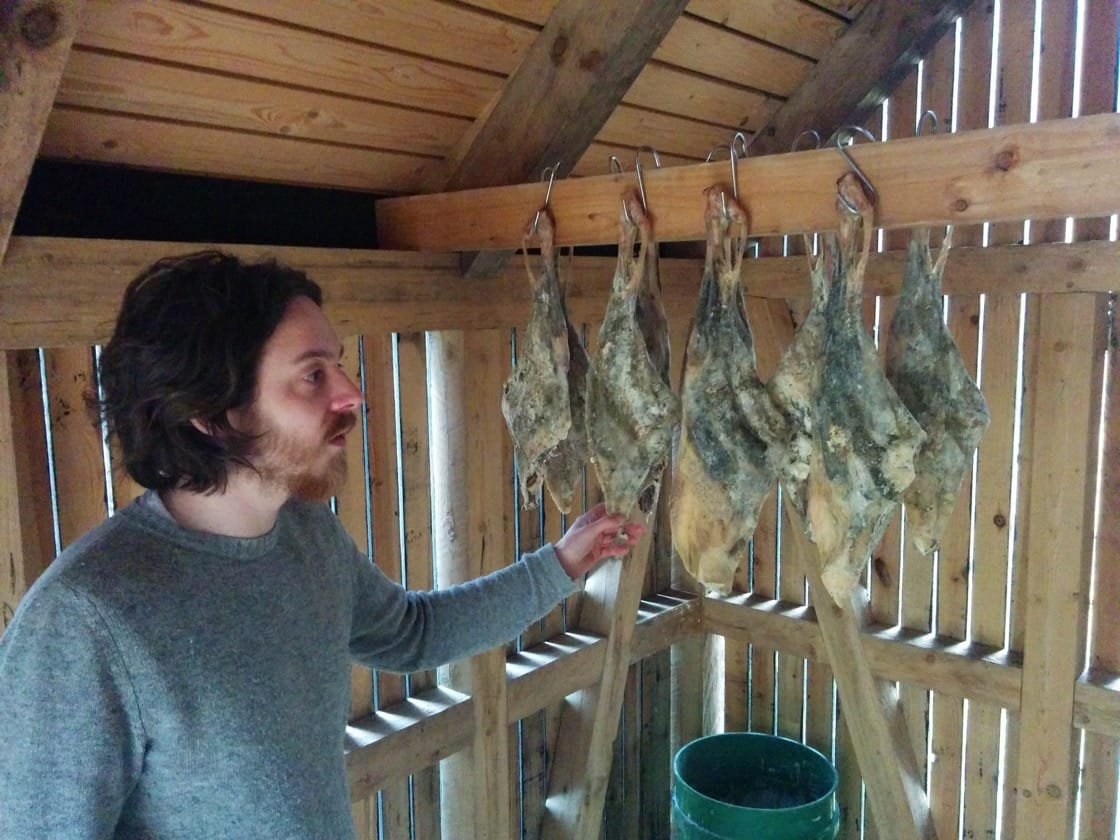 Tell us about your kitchen team.
We have nine chefs, including four to five stagiaires at any one time. The brigade is international: the sous chef is Danish and we also have Faroese, Swedish, Belgian, Italian, Romanian and German chefs.

Why did you decide to return to the Faroe Islands rather than stay in Copenhagen?
My roots are here. I have a very accommodating partner and two children now—a son who is six years old and a daughter who is only 10 months old. The stability is important.

What percentage of your ingredients come directly from the Faroe Islands?
At a minimum, 90%. It depends on the time of year—in September it is closer to 100%.