“Pastry, wow. It’s an entire world to me,” says Ghaya Oliveira, executive pastry chef of Daniel Boulud’s flagship restaurant in Manhattan’s Upper East Side. “Because the creativity, the dreaming and imagining things and then to make it happen.”

The Tunisian born and raised Oliveira came to New York City to help her ill sister; she had no plans on staying stateside. Then, a year later, her sister passed away.

“I took over raising her child,” she says. “In New York, everyone is trying to be apart of this life here. You just have to keep going.” 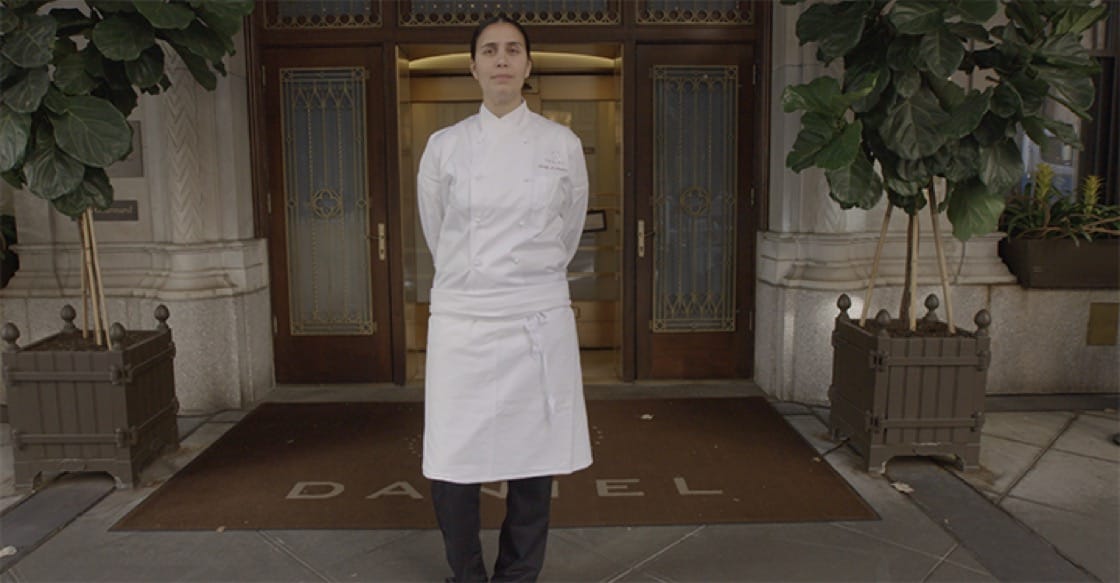 Having worked at an investment company in Tunisia, Oliveira took a job on Wall Street. “Then that’s when I went to look for ballet—I grew up dancing,” she recalls. Oliveira also worked various odd jobs including babysitting, working at a florist shop and cleaning restaurants. She found herself suddenly attracted to the restaurant industry.

“Placido Domingo—one of the tenors—owned a restaurant on the Upper East Side,” says Oliveira. “I worked with a baker there and did some bread. And one day I left for a day off, and I came back and somehow the restaurant was closed. A nice manager at the restaurant was like, ‘Listen, there’s this place on the Upper East Side—it would be perfect for you. They speak French over there. You might understand what they’re telling you!‘”

"And then I was in [Café Boulud] with an old school pastry chef—it was very rough. It was...a lot.” she recalls, laughing. “I didn’t know anything, I just worked hard. The chef was patient enough with me and I got the chance to learn a lot.”

Oliveira worked the ranks, becoming executive sous chef and then later the executive pastry chef of Bar Boulud across town. “It was very difficult in the sense that, if you don’t make it here in this place for a year, you’re not going to make it anywhere else. That’s what was in my head,” she says.

One day, Boulud’s corporate pastry chef, Eric Bertoia, approached Oliveira at Bar Boulud: “He said, ‘Daniel wants you to be his pastry chef at Restaurant Daniel,’“ she states. “I was like, ‘absolutely NOT. I’m not going there.’ He came around and punched me in the shoulder and said that I had to take it!” 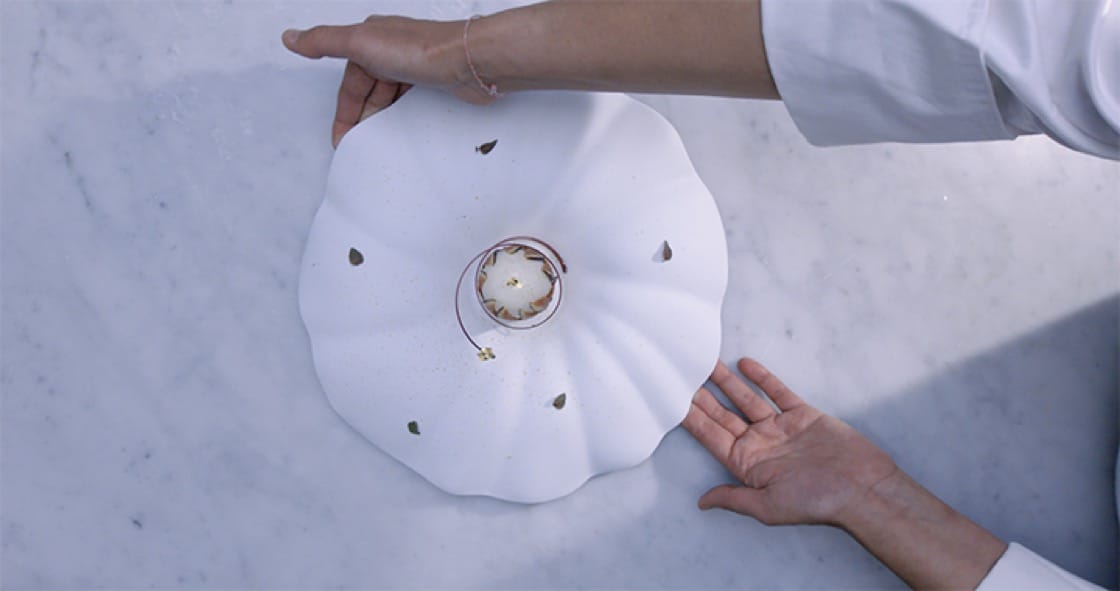 “I can’t even look at Daniel’s eyes when he’s speaking to me," she confesses. "I’m like, ‘chef, I can’t do these showpieces, you know?’ He says, ‘You went through all of that and you’re telling me you can’t do this?’“

Oliveira knows that to be apart of this world is big: “You have to be perfect. All of what I created had to be more elegant, they have to be Michelin-starred dishes to me. I love to get dressed up. I love to watch fashion. I love perfumes. I love architecture. I love painting. All of that inspires me so much. I’m dedicating all of what I’m doing, all of what I’ve been going through for my sister. And I know she’s watching all the time on all of us, my family.”