There are plenty of fish in the sea, so why do we stick to a familiar few? Sit down at a sushi counter or a seafood restaurant and you'll likely see the same old salmon, sea bass or shrimp. But eating more unusual fish—like sugar toads or triggerfish—is not only a great way to add a little variety to your diet, but in some cases it's a more sustainable choice. If you want to cast a wider net, here are a few restaurants where you'll reel in quite the catch.

This smokehouse, market and tavern in Ivy City sources its seafood from ProFish, a sustainable distributor right across the street. They offer varying specials like triggerfish, sheepshead, blowfish, Ipswich clams and even invasive species such as snakehead. You can find these wild-caught, mid-Atlantic fish on regular weekly rotation when they're in season. Snakehead are most commonly available during the winter, and occasionally the summer. Don't let the name deter you from trying it—chef Ron Goodman describes it as a tender, white-fleshed fish with a mild and clean flavor, which lends itself to many different preparations.

Amidst the mid-Atlantic fare in this hearth-centric kitchen, sugar toads are a standout that have been on the menu since the beginning. These small pufferfish are dubbed sugar toads because fishermen would say they were sweet as sugar and ugly as a toad. Unlike Japanese blowfish, Chesapeake pufferfish are not poisonous because they eat a different diet than their Pacific counterparts. Chef Jeremiah Langhorne chose to feature the humble sugar toad because it's a delicious regional product that is underutilized. It's also considered bycatch, so cooking it is a sustainable choice that supports fishermen and prevents waste. He serves them like fried chicken—dredged in buttermilk and flour, fried and coated in hot sauce and honey. 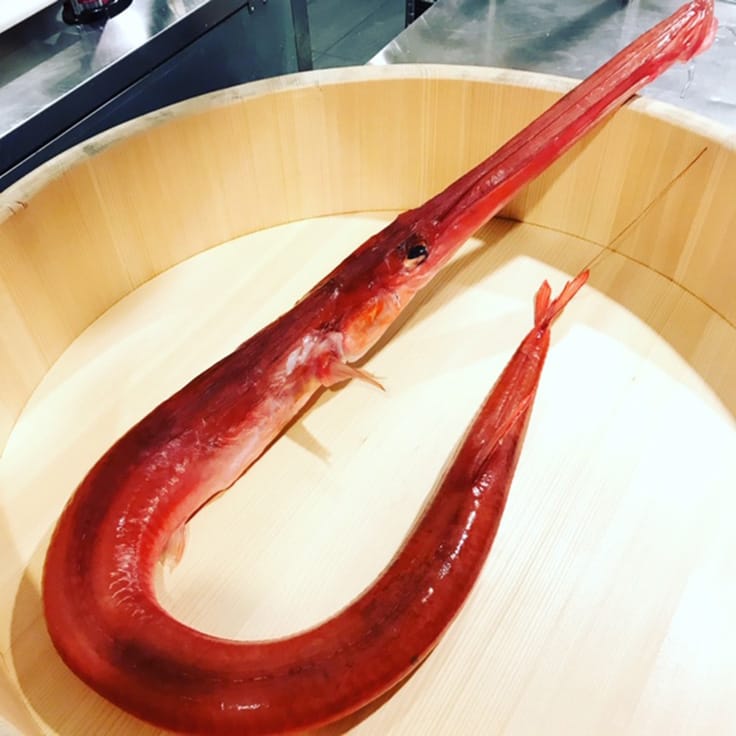 The Anacostia River is the backdrop for a sea of seasonal, sustainable seafood at Whaley's. While the kitchen typically sticks to more traditional species, the restaurant does serve often neglected cuts, like heads and collars. Chef Dan Perron says these are the best parts of the fish, but many restaurants in the U.S. discard them or relegate them to stock. Only recently have heads and collars become popular in American cuisine. These cuts are high in collagen, making them supremely juicy and tender. Whenever Perron has a large enough fish, he'll offer the head and collar as a special on the weekends. He also occasionally sources live geoduck and razor clams, which are served raw to allow guests to savor the delicate briny flavor.