Creamy, aromatic, sweet and simultaneously savory, rice pudding is a ubiquitous dish in Indian cuisine, served everywhere from everyday dessert to special celebrations and offerings during prayer ceremonies. It’s also very, very tedious to make, requiring close monitoring as it boils—sometimes for hours at a time. Multiply that time by the amount of rice pudding necessary to feed a restaurant full of people, and it could conceivably end up being the only thing you serve. That’s why when chef Akshay Bhardwaj of one-Michelin-starred restaurant Junoon—the only starred Indian restaurant in New York City—decided to add it to his restaurant’s menu, he turned to the only person up to the task: his mother Neena. 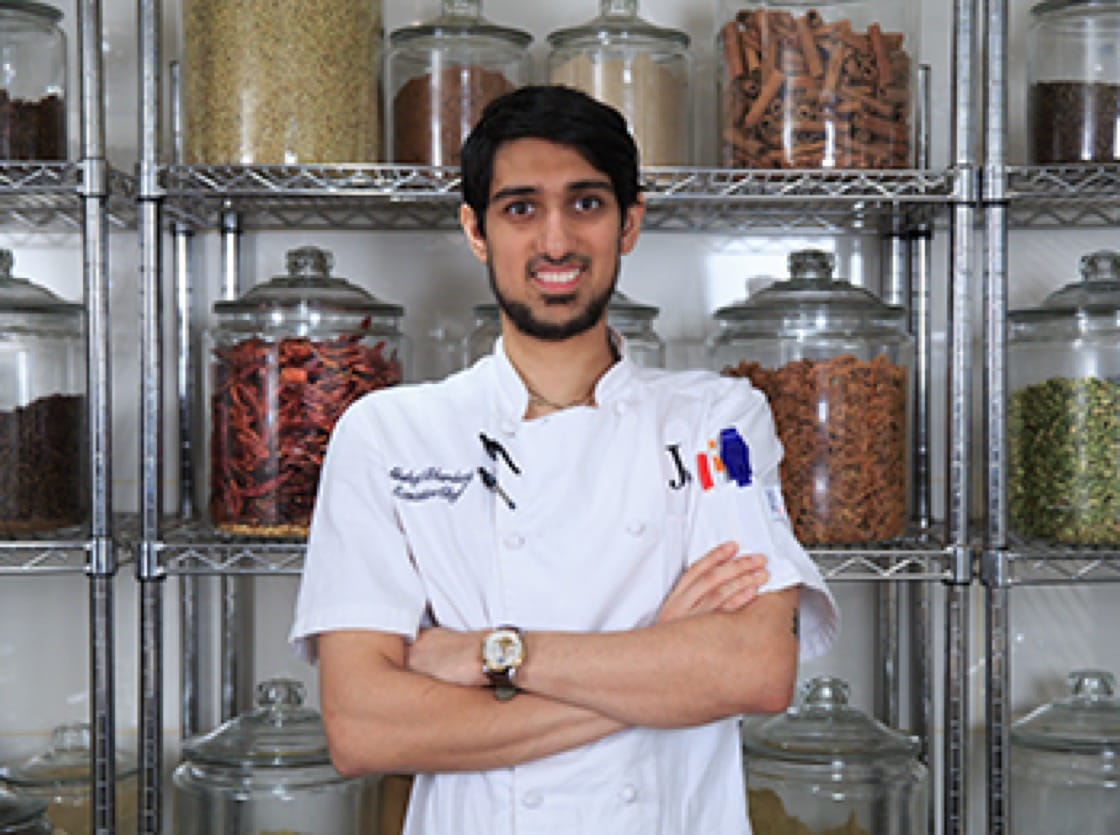 The plan was hatched over drinks with Junoon’s pastry chef, Gustavo Tzoc, shortly after Bhardwaj had taken over as executive chef. “We were going over what I wanted to do with the pastry program,” says Bhardwaj, “and we decided that obviously we have to do some Indian desserts. We decided we’d do kulfi, some form of a chocolate cake, a falooda and then we started talking about doing a rice pudding.”

Tzoc was already familiar with Neena Bhardwaj’s rice pudding; she used to make it at her home in New Jersey on special occasions like Diwali, Thanksgiving and Christmas, and send it into the restaurant with her son to feed the line cooks. To her, it was the equivalent of sending love. “I related to them as my kids,” she says. “They’re all working there, some of them are from India, and for all the festivals [in India] they make the rice pudding. My kids love it and that’s why I used to send it with Akshay, so that [the cooks] don’t miss home.”

Tzoc suggested adding Neena’s pudding to Junoon’s dessert menu, realizing that he couldn’t make a better version than the one that she had already perfected. Before asking her, they had tried it on their own, but it proved too laborious. “My mother can definitely attest to this,” says Bhardwaj. “It’s a very long process—with boiling down the milk and the rice, it’s about six to seven hours, basically standing by the pot and stirring and scraping the edges to make sure nothing burns and overcooks. It’s very meticulous.” 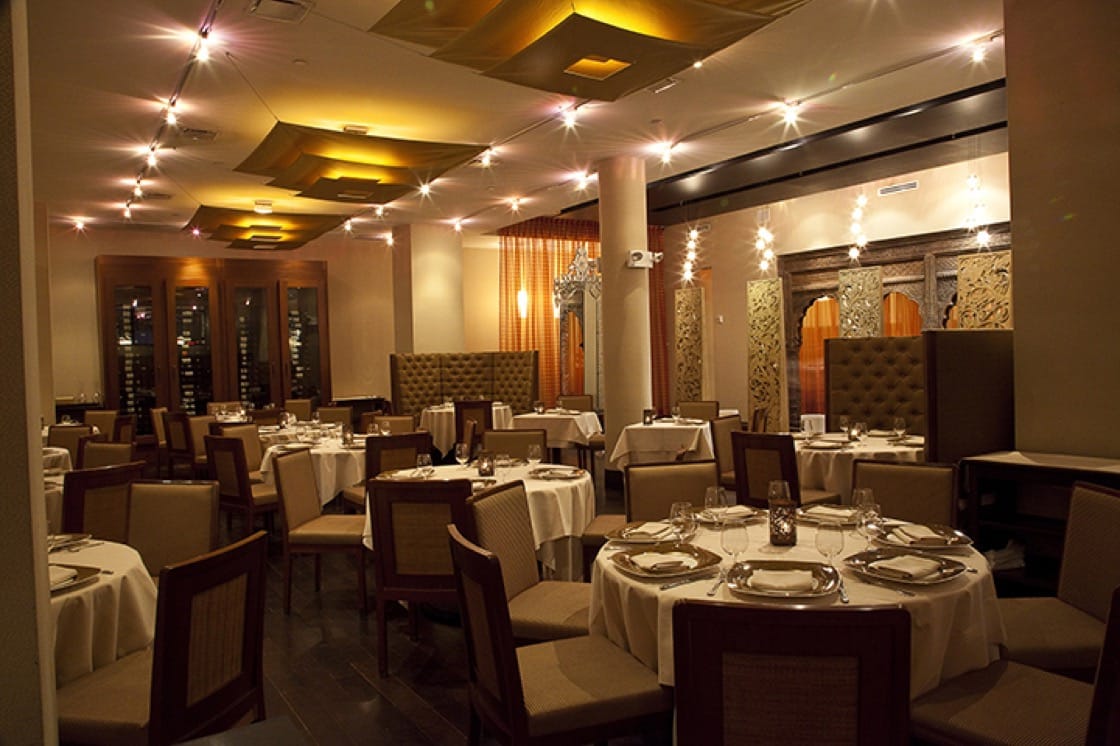 The dining room at Junoon.

“We tried it a few times, and our productivity was very minimal on the days we had to make the rice pudding. So that’s when we said we can designate one person to do it, and there’s really no better person, someone that’s been doing it for decades that masterfully knows when to add the sugar, or to add the cardamom. Those are things that take years of experience to master.”

Neena had the experience. A self-taught cook, her only lessons came from observing her mother and grandmother. In the early 1990s, she began experimenting with her own recipe, making it for friends and family gatherings. It took her five or six attempts to perfect it. The secrets, she found, were the right amount of heat for slow cooking and patience, which she had plenty of. When Akshay asked her if they could put it on the menu, she was excited and happy to do it.

Making the pudding at Junoon came with another obstacle: translating a recipe designed for family gatherings to feed a restaurant-sized number of people. That too was figured out through trial and error, and now Neena can be found at the restaurant once or twice a week alongside the cooks in the kitchen, making her pudding in 40-pound batches (“Only 40 pounds at a time. Doubling the recipe won’t yield the same results.”)

“All the cooks love to see her and love to hang out with her,” says Bhardwaj. And it’s been a fulfilling experience for Neena as well. “I have never worked in a restaurant before!” she says. “It’s fun. Everyone looks up to me like their mom. They come talk to me about their secrets, or whatever’s bothering them. It’s a good feeling. So far, so good.” 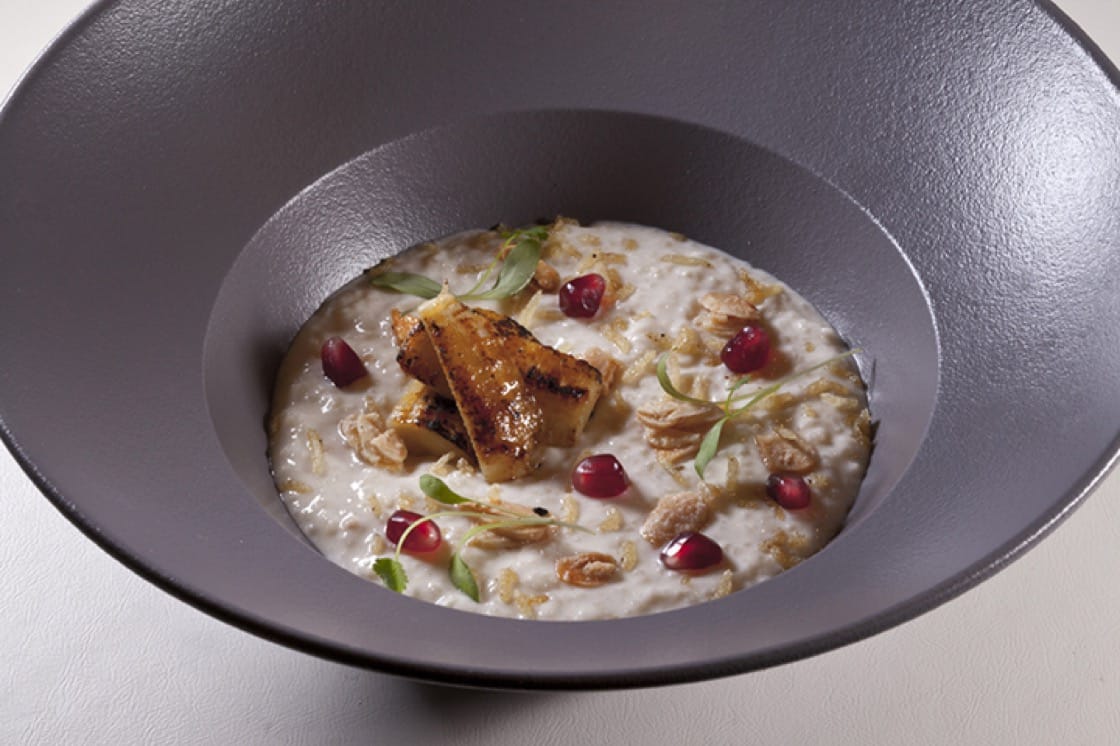 1. Put the half and half and milk in a heavy-bottomed pot on a very low flame. Add the green cardamom seeds.

2. Wash the rice 6 or 7 times; when the milk is lukewarm, add the rice to it. Cook the rice on low heat, stirring it from time to time so that it doesn't stick to the bottom or burn, until it reaches a custard-like consistency, 4 to 5 hours. Remove from heat and after 5 minutes add the sugar to taste.