Macau is synonymous with over-the-top casinos and extravagant hotels, but it is gaining clout as a culinary city. Just last year, the territory was recognised as a Creative City of Gastronomy by UNESCO for its culinary history of more than 400 years that is a melting pot of Chinese and Portuguese cultures.

In recent years, there has been an influx of casinos and luxury hotels in the former Portuguese colony, which has prompted a steady stream of big names in the culinary world, such as the late legendary Joel Robuchon and Alain Ducasse, to set up restaurants in Macau’s nascent dining scene.

If you are planning to travel to Hong Kong, why not make a foodie sojourn to Macau, which is an hour ferry ride away. Besides digging into popular Macau street food such as Portuguese egg tarts and pork chop buns, save space for delicacies across Asia at the MICHELIN Guide Street Food Festival from 29 September to 2 October. 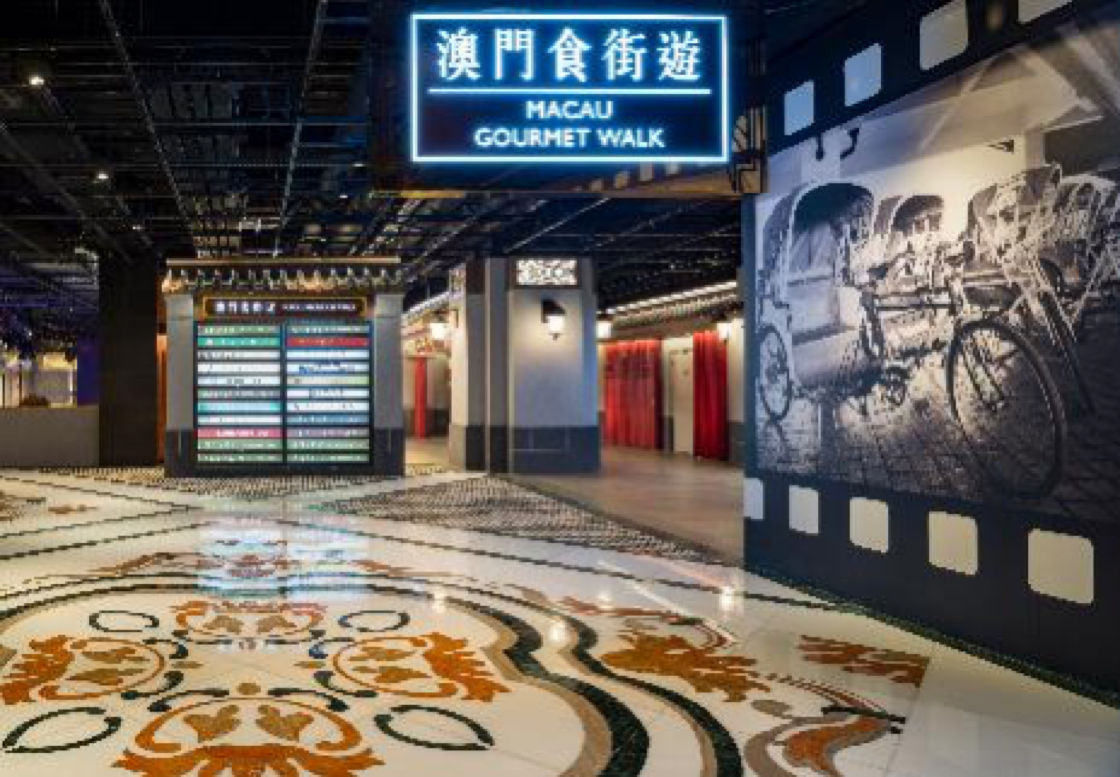 Now in its second edition, the epicurean event, which is held at Studio City's Macau Gourmet Walk, will showcase food from eight MICHELIN Guide-listed dining establishments from Singapore, Taipei, Bangkok and Macau. Visitors can feast on a tantalising line-up of 15 Thai, Indian and Chinese dishes. Flying the flag for Singapore at the festival are The Song of India and Liao Fan Hawker Chan Soya Sauce Chicken Rice, which each have one Michelin star, and Keng Eng Kee Seafood, which received a Michelin Plate this year.

Here are some of food highlights from this year’s MICHELIN Guide Street Food Festival in Macau. 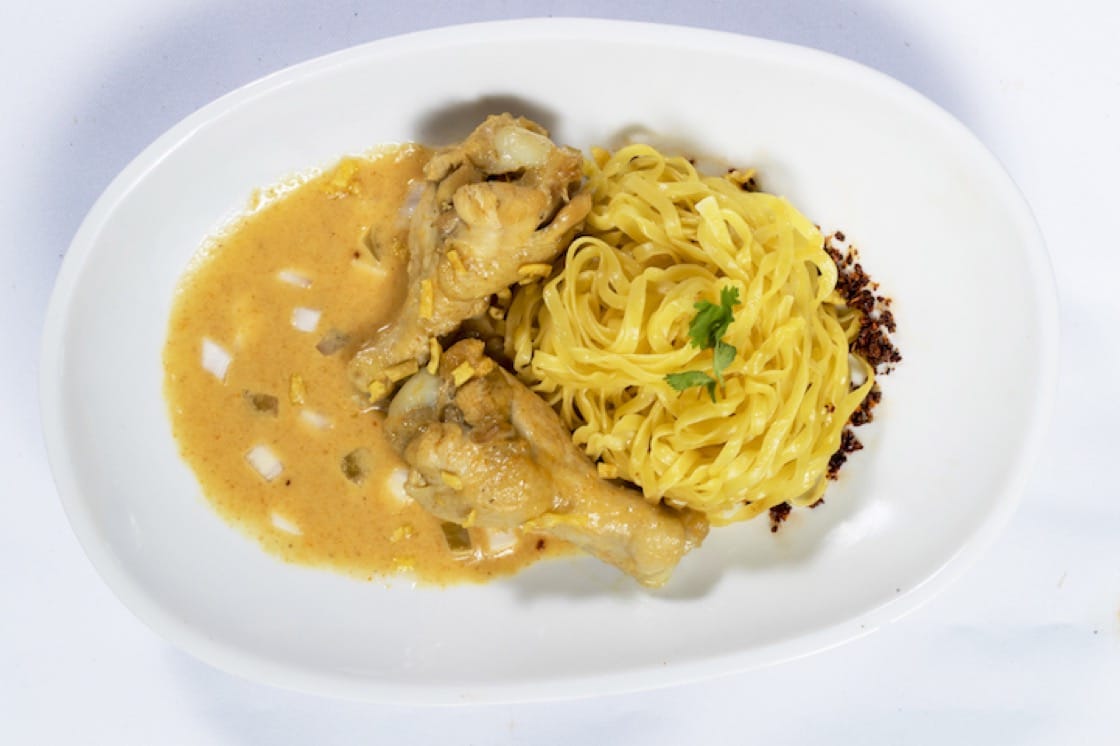 What Our Inspectors Say: Northern Thai food holds a special place in the hearts of Thais. But top-notch versions of this regional cuisine can be hard to find outside of Chiang Mai and Chiang Rai, which is why Huen Lamphun is such a gem. Larb kua (minced pork salad) and nam yang baitong (fermented pork in banana leaf) are excellent, as is the sai oua (northern-style sausage). All recipes use vegetables grown in the restaurant's organic garden. Conclude the meal with Arabica coffee from Chiang Rai.

What To Expect: Third-generation owner Jakkrapan Luangmool has seen the restaurant grow from a 20-seat joint to having two outlets in Bangkok. Look out for Kaeng Hung Ley (pork curry rice) and Kaeng Soi Kai (chicken curry noodle soup) . 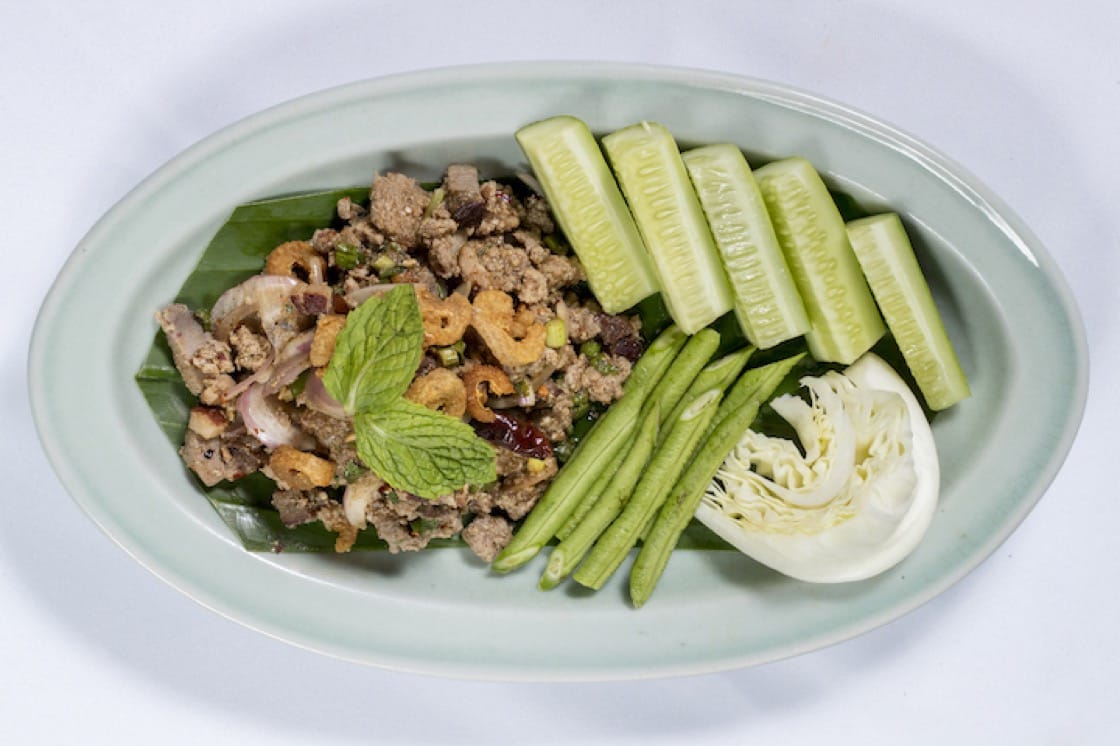 What Our Inspectors Say: It's best to come here in a group because the family-style menu is packed with mouth-watering dishes. Signatures include sticky tamarind ribs, pork belly curry, crispy sea bass with Thai basil and green pepper, and smoked duck with red curry and rambutan. The ground floor bar serves creative cocktails, and a narrow stairway leads to a mezzanine dining room with vintage photos of Bangkok on the wall.

What To Expect: Chef Eakachai Matthakji, who hails from the north-eastern region Isan, is known for incorporating elements of American barbecue into Thai cooking. Salivate over rice bowls such as Sugarcane Smoked Duck Larb with Organic and Red Sticky Rice and Panang (Thai Red) Curry with Beef Brisket, Charred Pineapple with Rice. 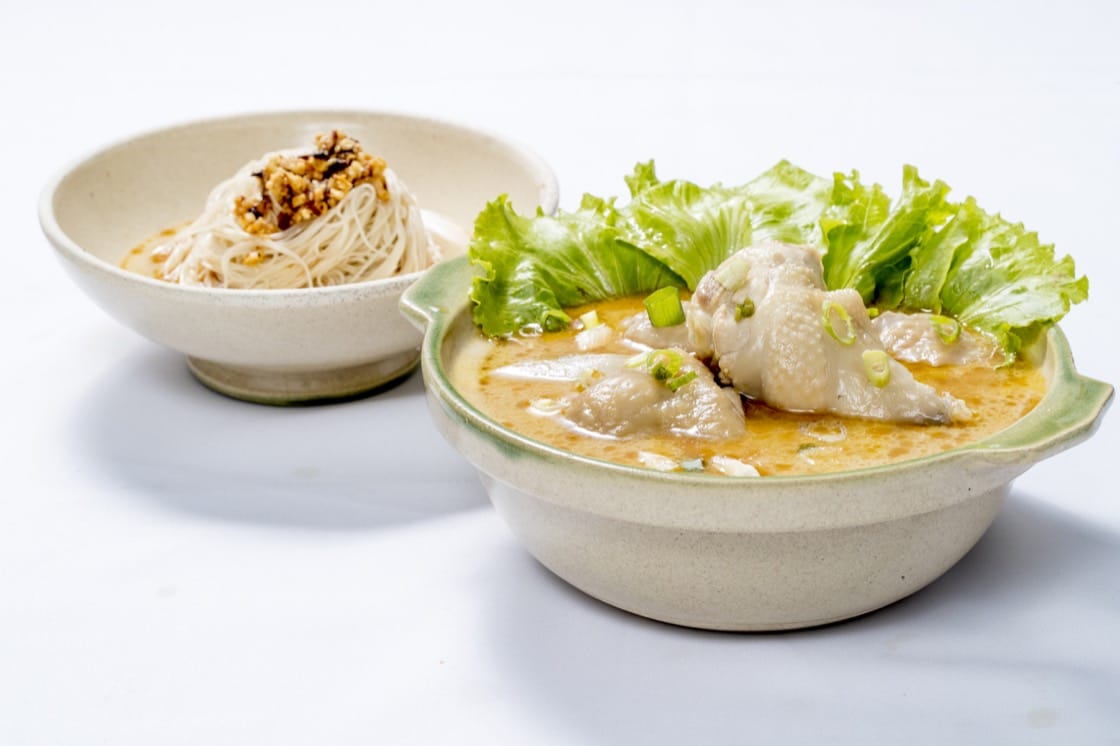 What Our Inspectors Say: It serves wholesome sesame oil chicken soup all year round. Come early as chicken legs often run out by 7pm.

What To Expect: Chef Lin Guo Nan took 13 years to perfect his recipe for Sesame Oil Chicken Soup. The soul-warming collagen-rich soup, which is spiked liberally with sesame oil and served with chunky chicken legs, draws crowds at its previous location at Nanjichang Night Market in Taipei. 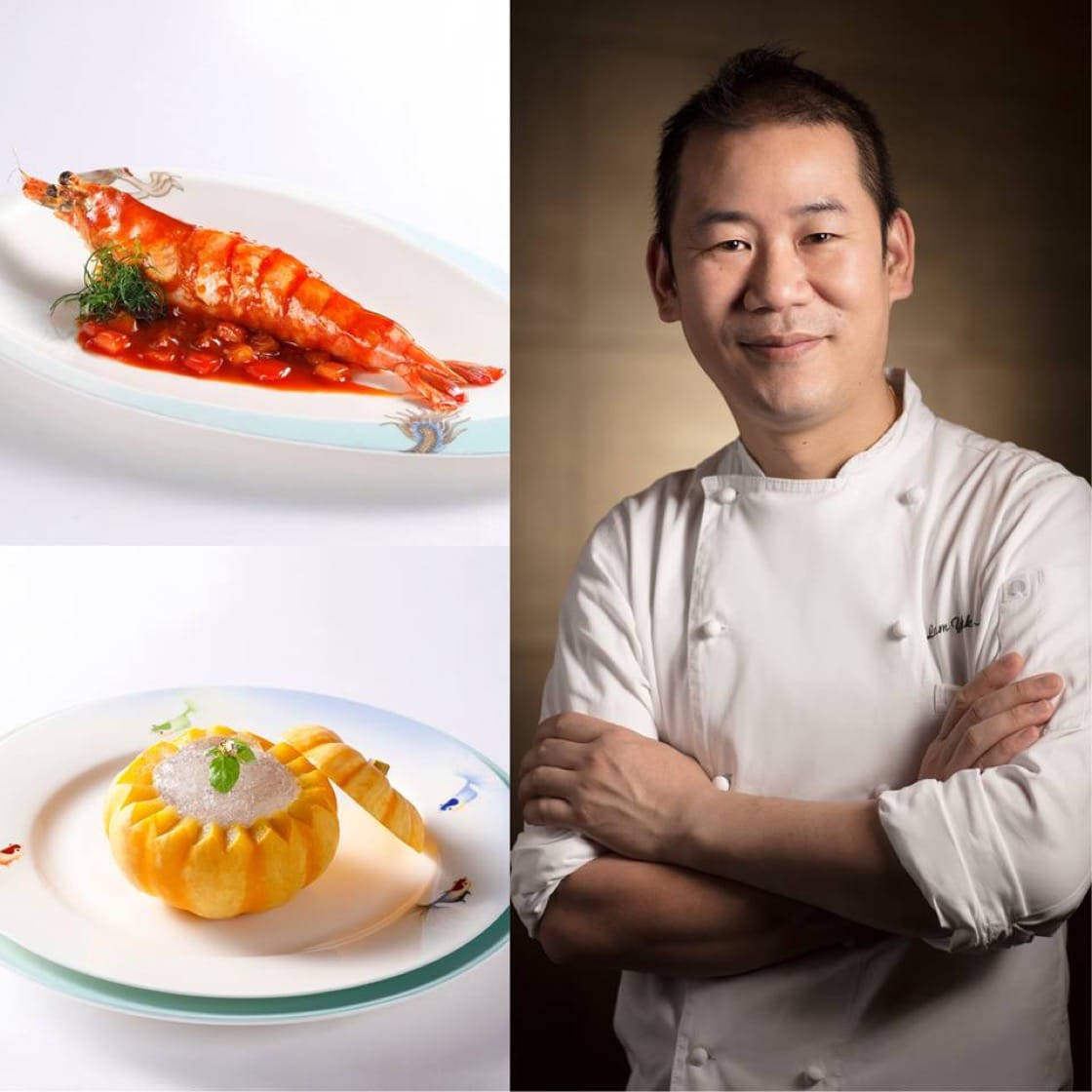 What Our Inspectors Say: No expense has been spared at this elegant and luxurious Cantonese restaurant on the second floor of Studio City Macau. The menu offers a range of refined Cantonese and soy-braised dishes. Specialities include the lychee wood-barbecued meat. Other highlights are the double-boiled chicken soup with matsutake mushrooms and sea conch; stir-fried lobster with caviar; and seafood rice with fish maw and sea cucumber. The tea counter offers a choice of over 50 premium teas. 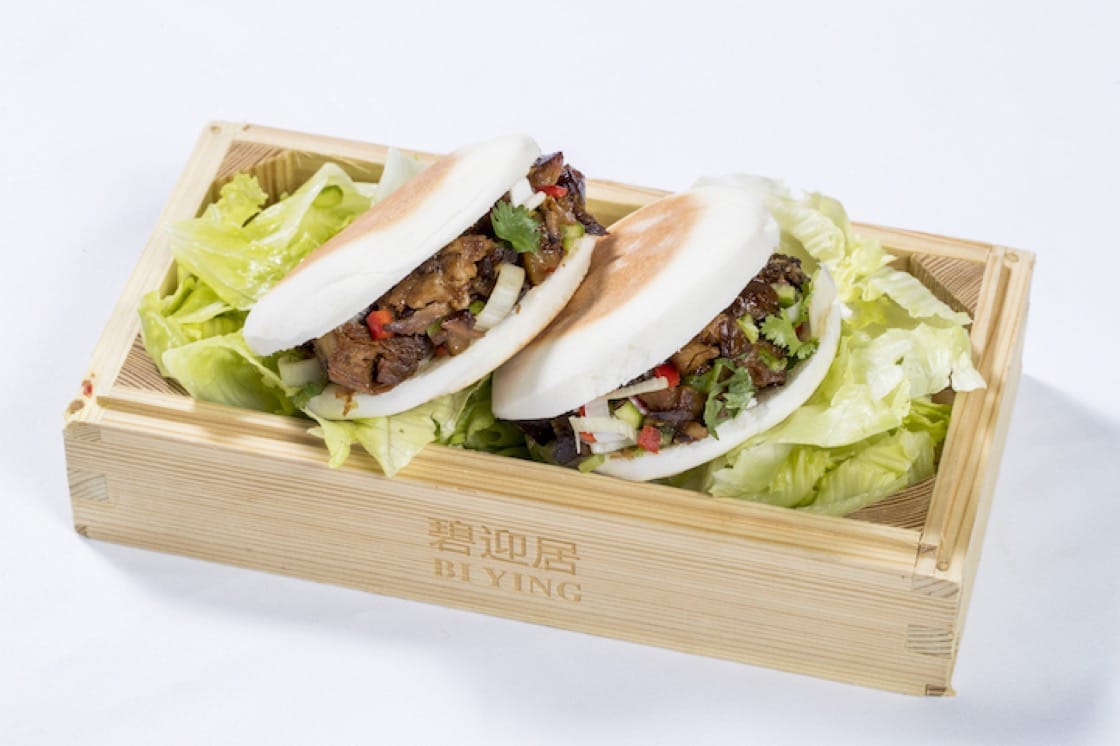 What Our Inspectors Say: The restaurant’s name means “sure win” in Mandarin and it provides the ideal pit-stop if you need a quick break from the gaming tables. It’s a busy 24-hour operation with a focus on open kitchen where you can watch noodles being made. The menu offers a culinary journey around China, with plenty of regional specialties, although the wood-roasted dishes are a particular highlight. End your meal with one of the desserts made with medicinal herbs.

What To Expect: Chef Kenneth Law’s star ingredient is Iberico pork and he uses the pork in two of his dishes: Barbecued Honey Glazed Iberico Pork with Pickled Cucumber Salad and Shanxi-Style Bun with Shredded Iberico Pork.
Click here for more information on the MICHELIN Guide Street Food Festival in Macau.
Advertisement
Advertisement

A meal in Taiwan is rarely complete without a humble bowl of braised pork rice.