For this instalment of one dish around the world, we’re looking at dumplings. What qualifies as a dumpling? Dough wrapped around filling or dough with no filling, fried, steamed, boiled, or baked. The dough can be made of any starch — wheat, rice, and potato are all common — and the filling sweet or savoury, from Romanian plum dumplings (galuste cu prune) to Brazilian deep-fried, shredded-chicken-filled coxinha. This is not an exhaustive list of dumplings but rounds up a few delicious varieties from around the world. 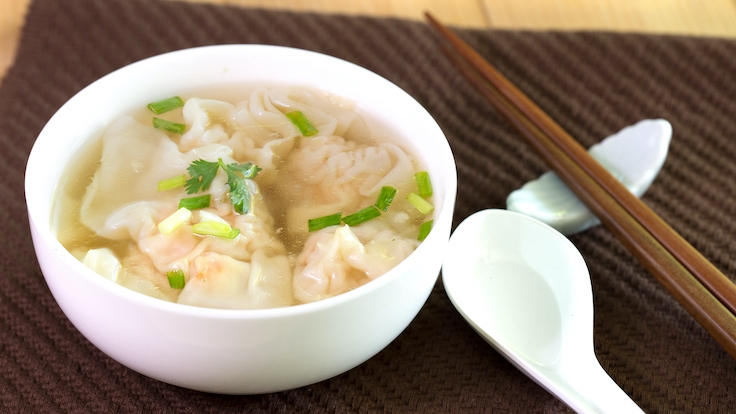 Broadly speaking, northern Chinese dumplings have thicker skins than those in the south, which are thinner and more translucent — think har gow, the steamed shrimp dumpling dim sum staple. Then there are soup dumplings: dumplings eaten in soup are wontons (their wrapper is square where jiaozi wrappers are round); dumplings filled with soup are xiaolongbao, those daintily pleated morsels served in their bamboo steamer and bursting with fragrant broth. 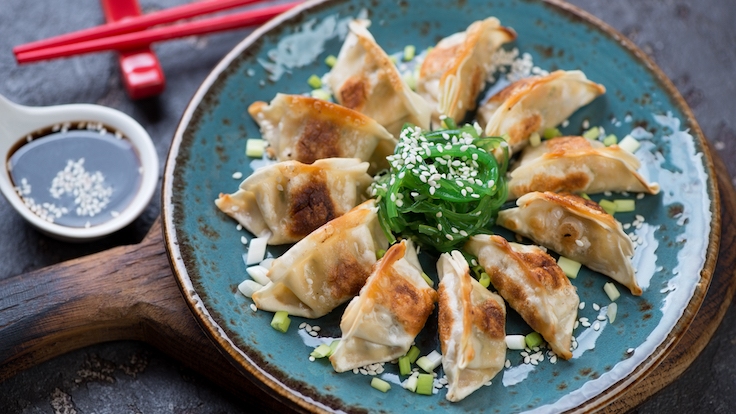 Gyoza are nearly identical in shape to jiaozi but usually have a more pronounced garlicky flavour. They’re most commonly made with minced pork, a bit of cabbage, chives, sesame oil, and/or garlic and ginger. They’re eaten boiled and fried, but the most popular cooking style sees the gyoza first pan-fried so one side has a crispy skin, then steamed quickly in a pan. The result is an addictively crunchy crust that gives way to an aromatic interior. Dip them in a mix of soy sauce and rice vinegar and dab on the chilli oil for a spicy kick. 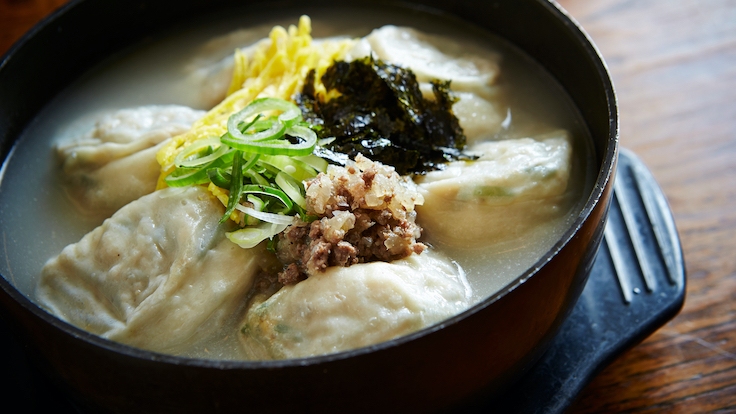 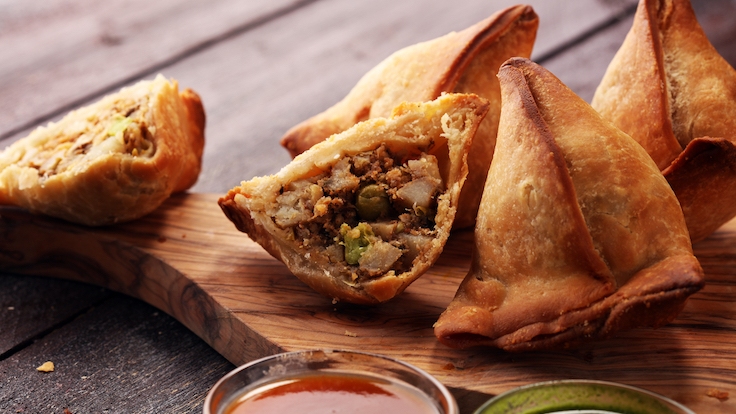 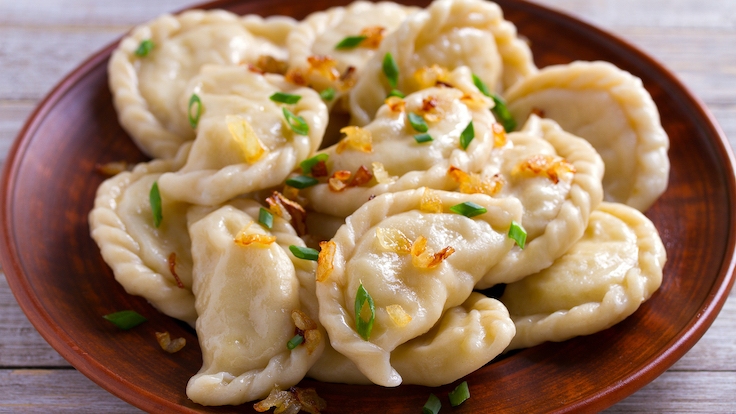 Pierogi are a hearty Polish staple boiled and then sometimes pan-fried. The dough is wheat based (sometimes with an egg, occasionally with sour cream to make it lighter) and the shape always a semi-circle. Fillings can be savoury or sweet: mashed potatoes, quark, cabbage, and sauerkraut are very common, as are sweetened quark or seasonal fruits (cherry, plum, apple) for dessert pierogi. In Ukraine, a pierogi is a varenyky, and the savoury ones are served with sour cream or butter and topped with fried onions and fried pieces of bacon. 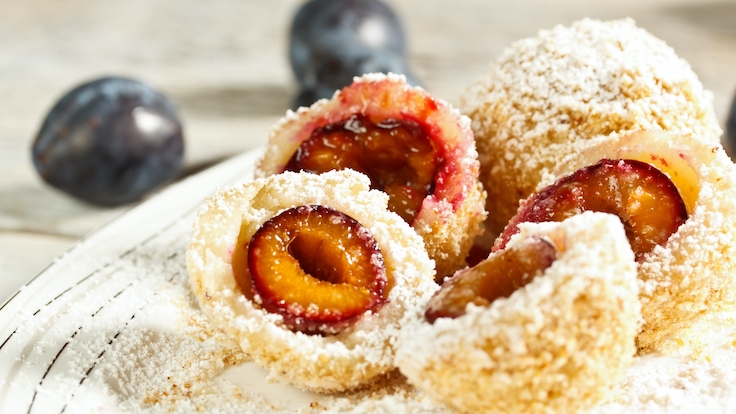 Semolina dumplings in a fragrant chicken soup (supa de galusti) is a Romanian classic, the dumplings soft and fluffy and the soup deeply warming. For dessert, slice into plum dumplings (galuste cu prune) — juicy plums encased in a sweet potato dough, boiled and then rolled in breadcrumbs fried with sugar, vanilla, and butter — served with a dollop of sour cream or jam. 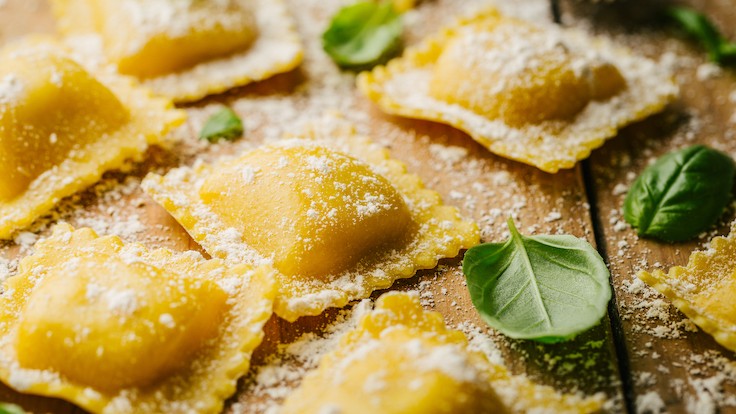 Three types of pasta qualify as dumplings: ravioli, tortellini, and gnocchi. Tortellini and ravioli are dough encasing a filling — think cheese, spinach, meat, seafood, and mushrooms. Gnocchi are unfilled, the dough made of egg, potato, semolina, flour, and sometimes ricotta. You’ll notice that round mandu and tortellini look very similar — in a pinch, you can even use dumpling skins to make tortellini. 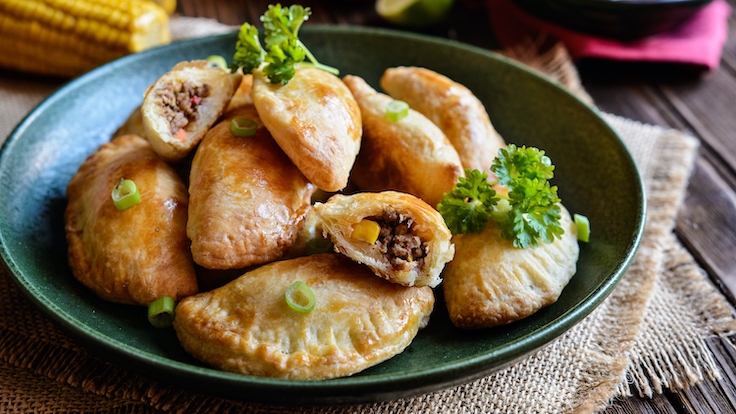 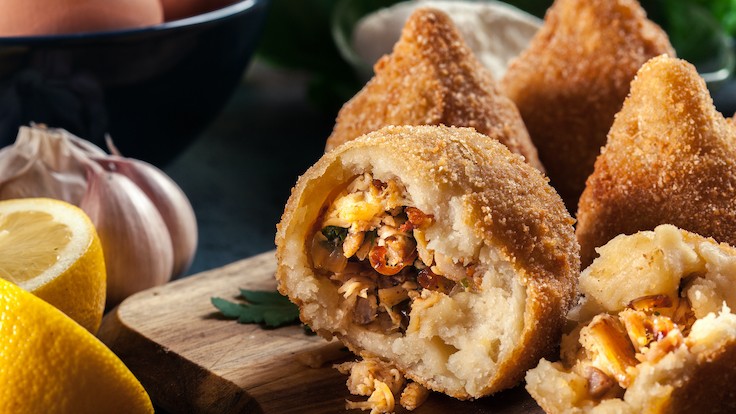