Speak of Thai food and most non-Thai natives would conjure up images of mildly sweet green curries with chicken or beef, and the popular sweet dessert mango sticky rice.

But Thai food is more than just the dishes you taste in central cities such as Bangkok, where palates are considerably slanted towards more refined, toned down flavours. Head to the southern region, though, and you’ll find dishes that are not shy with packing in the heat and spices. As the south is where majority of the country’s coconut groves are, thick rich curries are a staple here along with fragrant jasmine rice and plenty of fresh vegetables. Dry curries — known as khua kling to the locals — are a signature of southern Thai cuisine.
“Southern Thai food is of course much spicier than central Thai food,” says Varesara Smitasiri, owner of Bangkok-based restaurant Khua Kling Pak Sod. The Southern Thai native continues: “We really like extremely spicy food, and we believe it is a healthy burn. There’s a lot of curry paste and chilli in southern food, so it is usually spicy and sour, not so much sweet.” 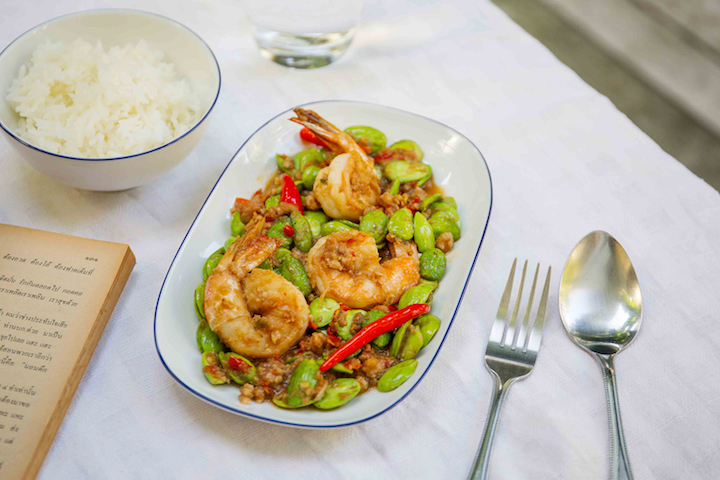 Sataw (stink beans) thrive in the southern region of Thailand, so it's no surprise this ingredient features prominently on the menu of any southern-Thai restaurant. Here, the crunchy, slightly pungent green beans are stir-fried with fresh prawns and shrimp paste. It's a funky combination, but the sour, spicy flavours at play here make this a delicious — if an acquired taste — dish. 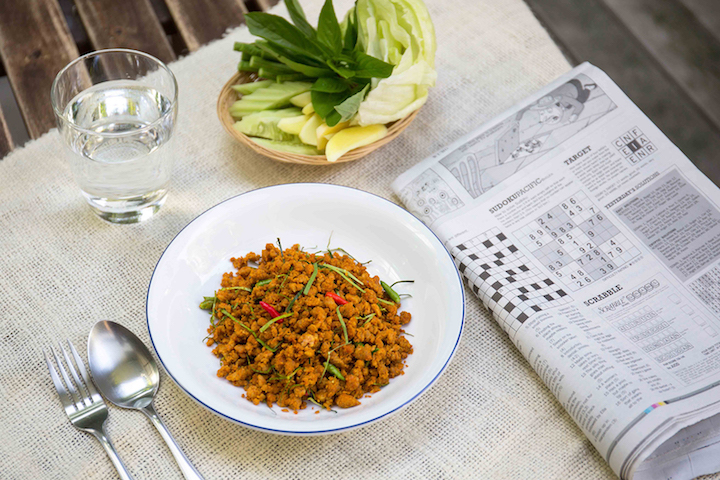 A signature Southern Thai classic featuring the khua kling. Here, the spicy dry curry is stir-fried with diced pork and a whole lot of chillis — a bit of a hazard if you accidentally bite into one as it is. The heat is turned up many notches in this dish, and the southern Thais love it that way. Tuck into this only if you can handle spice. 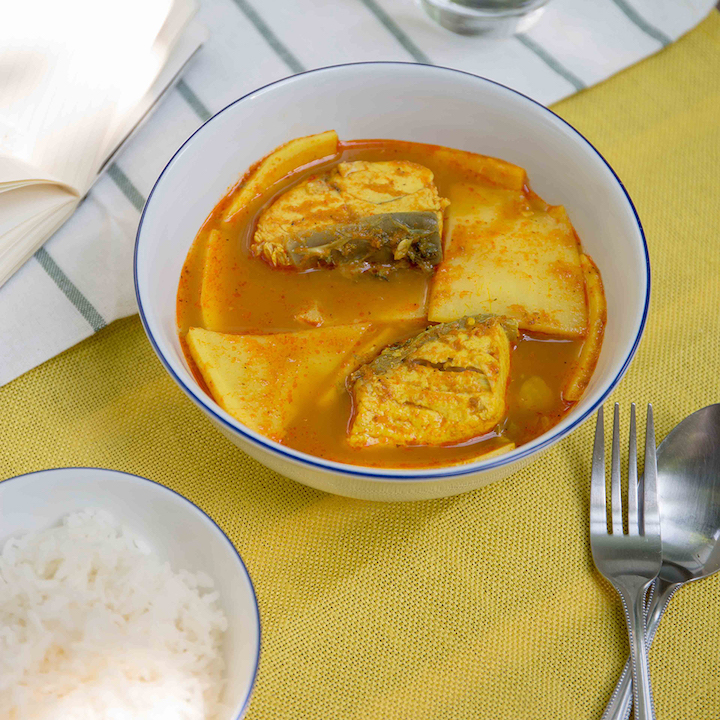 We might be more familiar with gentler red and green curries from central Thailand, but the southern version features a thick yellow gravy that is, again, packed with pure spice. The one at Khua Kling Pak Sod is brightened up with young coconut shoots to temper the spice, and generous chunks of fresh fish that absorb the thick gravy. 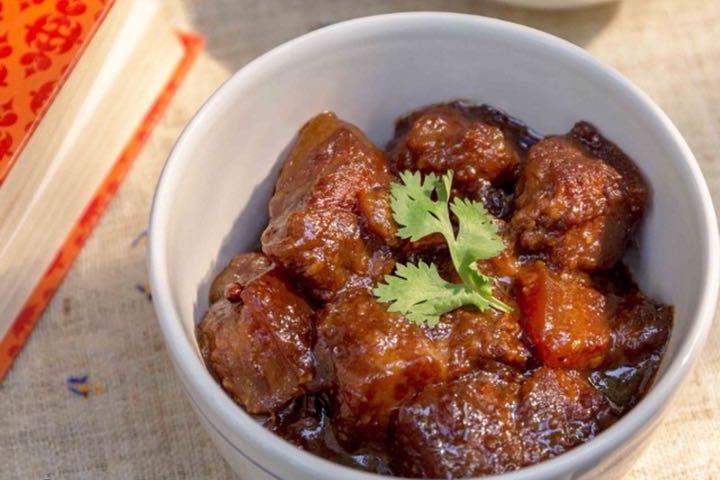 This tender stewed pork in Thai southern-style sweet sauce is one of the few southern Thai specialties that play down the fiery spices. It is made by braising chunks of pork belly in a paste made from garlic, black peppercorns and coconut sugar. Similar to Moo Palo (another stewed pork dish), only this one does not use Chinese five spices such as cloves and cinnamon. 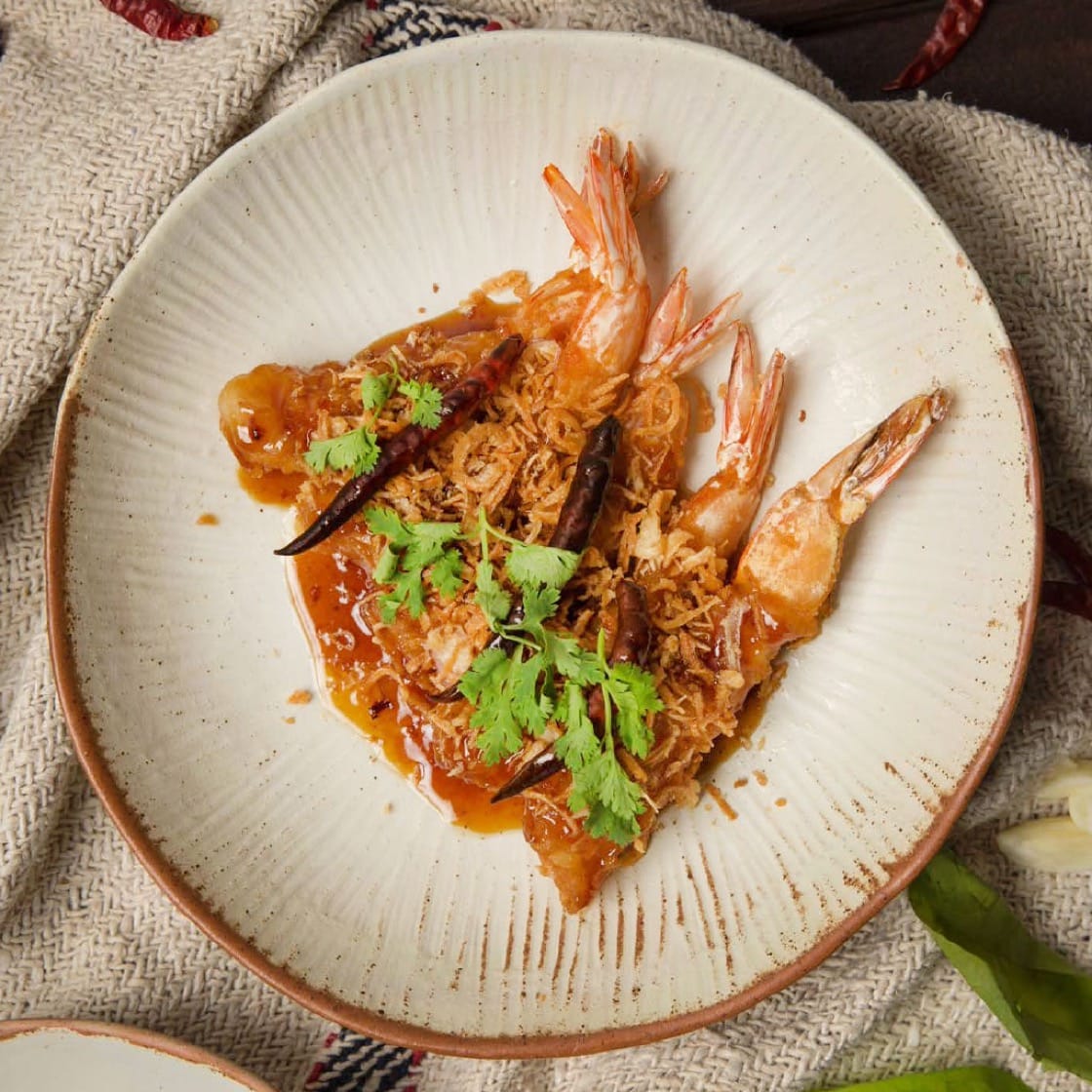 Another Southern Thai specialty that is not a curry. The ingredients needed to cook this are easily found in most households — palm sugar, fish sauce and tamarind paste — so this is a popular dish that often appears on local dining tables. The fried prawns give the dish some crunch, while the succulent meat soaks up the sauces for a heady combination of sweet, salty and sour flavours.
Advertisement
Advertisement