Some 600 years ago, Portuguese navigators set sail for the first time in search of a new world. World history was destined for change at that moment. Fast forward to the 21st century and Portugal is on another mission. This time, it is embarking on a journey to rejuvenate something its people see as their heart and soul — Portuguese cuisine.

“Although we’re quite a small country, our food varies from region to region,” says José Avillez, chef-owner of two-Michelin-starred Belcanto in Lisbon. “We have great seafood from near the Atlantic shore, like sardines, clams and scarlet shrimp carabineiro. While in the Alentejo region, there are sopa de cação (shark soup with vinegar, coriander and garlic), açorda (bread porridge) and pig’s trotter. They didn’t have a lot of money or water, so they developed a very creative cuisine based on need.”

He continues: “It’s a very rich cuisine starting from the grandmothers and mothers who pass on their knowledge to the daughters and granddaughters. But we didn’t have the tradition of fine dining. For example, it was only in the past 10 to 15 years that we started to have Michelin-starred restaurants. Before that, it was mostly a food of the people.” 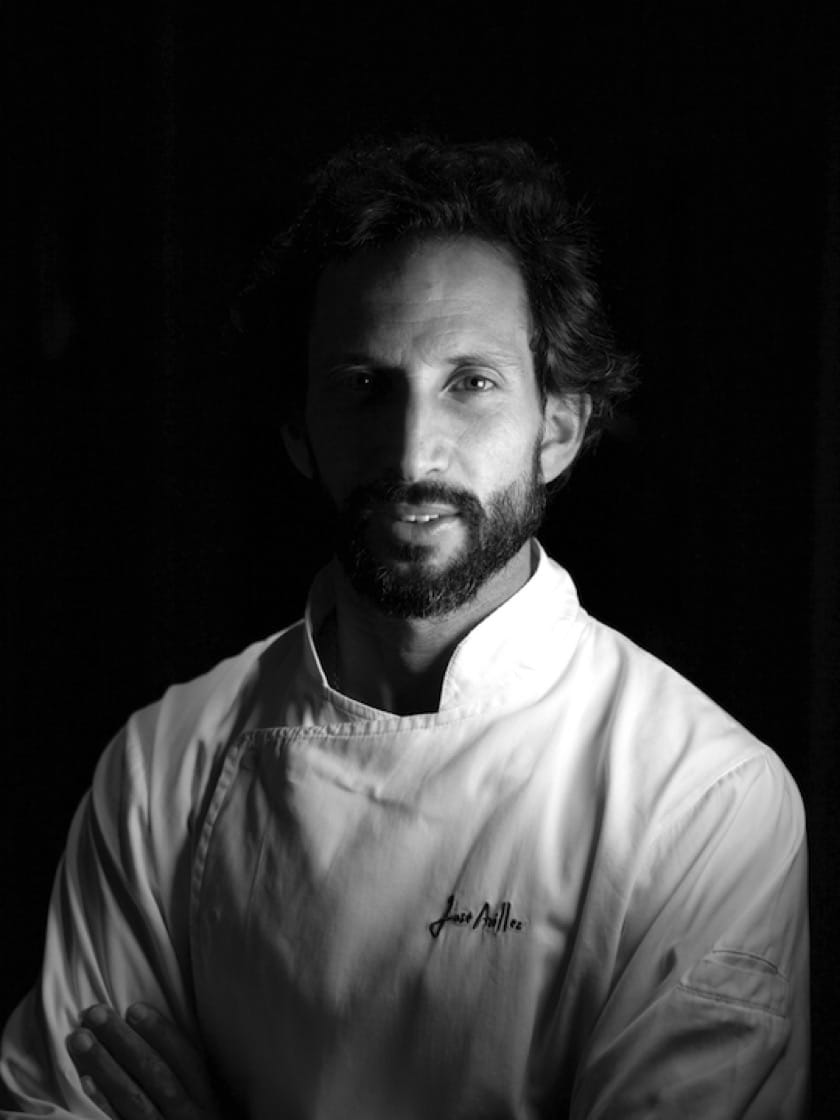 There are essentially two protagonists in Portuguese cuisine – the peasant and the fishermen. Both take advantage of the nation’s blessed soil and waters to produce ingredients of impressive quality, which lend themselves to hearty, down-to-earth dishes filled with amazing flavours. What had long been missing from the Portuguese food canon was a conductor to weave all the raw, precious culinary elements into a captivating sonata for gourmands around the world.

A new generation of local chefs are stepping into this role. Some, like Avillez (left), have garnered much admiration from the food critics. At Belcanto, the story of Portuguese food is told through a modern vision with its core kept untouched.

A great example is cozido à portuguesa, the country’s national stew dish featuring various cuts of meat, sausages and vegetables. The multitude of ingredients is usually served in a generous portion, but Avillez has found a way to instil focus into this ultimate comfort food. While preparing the broth in the traditional way using cabbage, carrot, radish, onion and pork, he swaps the large trays and sensory overload for a bowl of clean, elevated flavours, presented with stunning beauty.

“I look into a traditional recipe and I say to myself, ‘How I can preserve its identity while changing the methods of cooking, seasoning, cooking temperature and presentation to highlight the best elements of those dishes’. Sometimes, I look at an empty plate and I think about things that can be served on top of it. Sometimes, I look at ingredients and think about what I can do with it,” the chef says, explaining his approach. 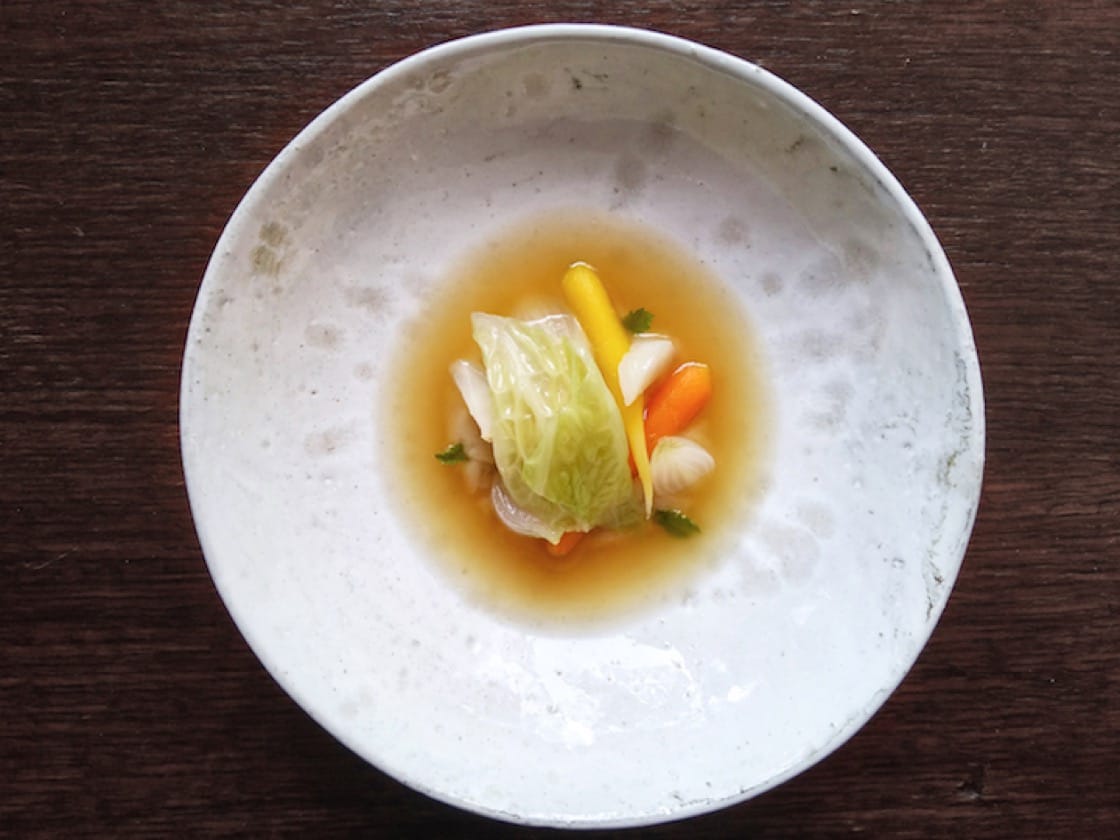 The boom in tourism over the past few years has definitely sped up the refining of Portuguese gastronomy. As flocks of foreigners arrive in search of sun-kissed beaches and new cultural experiences, Portuguese cuisine has the best opportunity to make its voice heard through a more diversified food scene. “There’s more money coming in, which makes it easier for us to focus on quality, using fresh ingredients, and for chefs with various styles and ambitions,” Avillez notes.

There are tens of thousands of small tascas (no-frills traditional eateries) dotted along the country’s cobblestoned streets frequented by locals. They have been around for ages, conjuring up a wonderful and complex world into which every food lover visiting Portugal should delve for some unedited, home-style food. Avillez believes contemporary Portuguese restaurants are the best ambassadors to promote the Portuguese culinary tradition since they provide a gateway for diners to learn about a national food over the course of a meal, thus empowering them to dig deeper.

As such, one gets a sense that when it comes to reaching out to the world, new Portuguese gastronomy isn’t preoccupied with mindless overseas expansion. Gone are the imperial days and the conquistador mentality. Protecting their heritage and reputation has always been the priority of a people so proud of their food. Thanks to the quality of the domestic produce hard to replicate anywhere else, the chefs know full well they’re at their best on home turf. 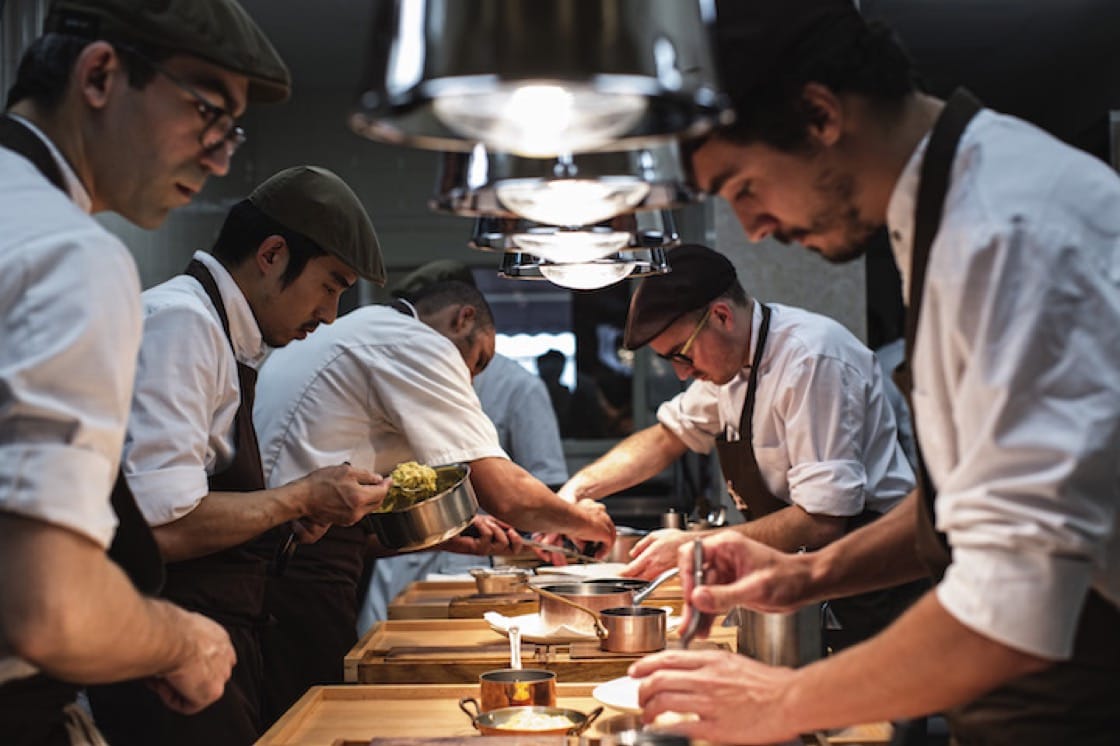 As one of the pioneers of the new wave of Portuguese cuisine, Avillez (right) is keen on giving space and opportunities to young chefs. (Photo credit: Paulo Barata)
In the end, the Portuguese people are the biggest beneficiaries of this movement. According to Avillez, the locals were still on the fence about reinventing their traditional cuisine 10 years ago. Now they all get behind the restaurants which do it right. The restaurant landscapes in Lisbon and Porto are among the most electrifying in Europe.

“It’s not good to taste Portuguese cuisine outside Portugal. The water is different, the weather is different and the people are different. To have the real experience, it has to be in Portugal,” he said. 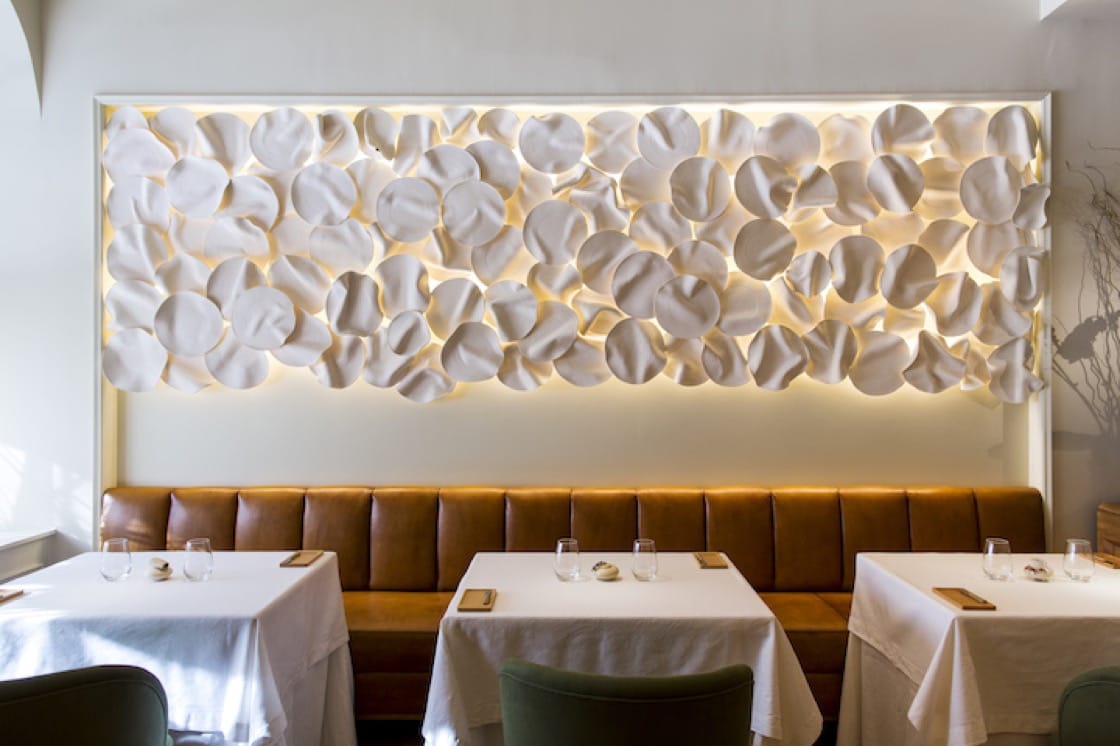 The dining area of Belcanto (Photo Credit: Paulo Barata)
The 38-year-old chef investigates the different sides of Portuguese food through Belcanto’s two tasting menus. The Lisbon menu comprises the classic dishes treated with Avillez’s signature touch, while Evolution pushes the envelope a little bit further. The dishes on the menus are changed irregularly and showcase the potential of Portuguese cuisine.

The likes of Bulhão Pato clam ceviche (inspired by a typical dish of cooked clams, olive oil and garlic) and crayfish au naturel with yuzu mayonnaise not only juxtapose Portuguese food elements with influences from other regions of the world, but also new techniques. A small tweak in cooking temperature or presentation is sometimes enough to set off a new way of seeing. 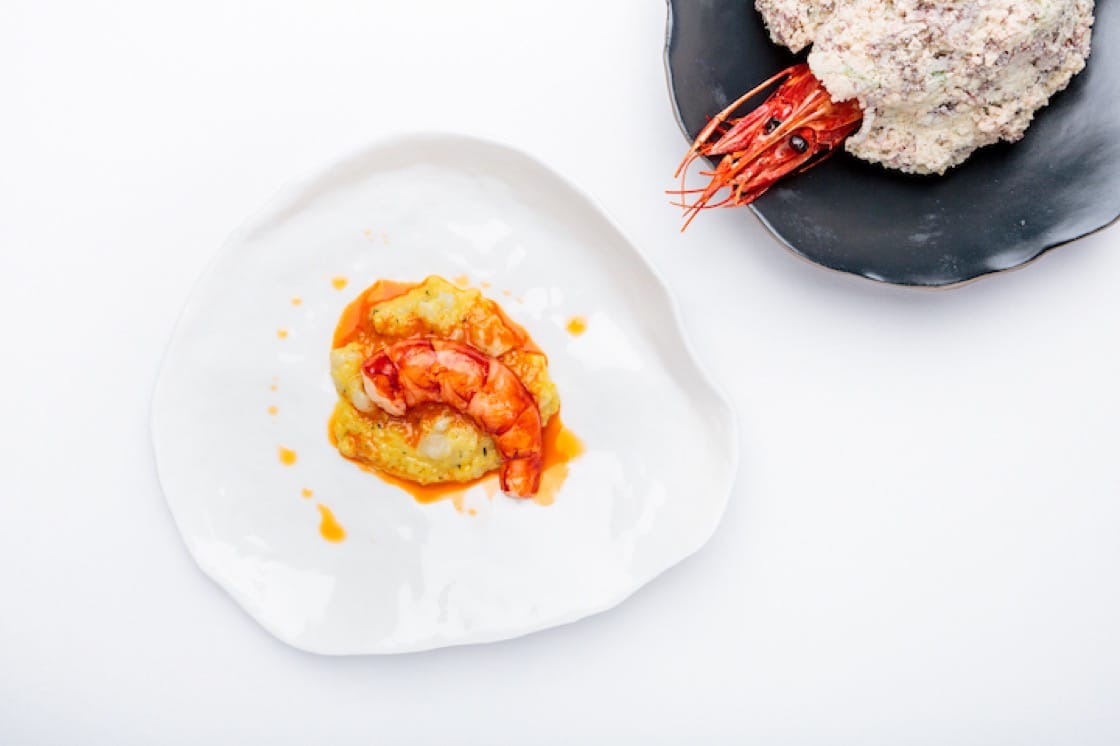 Scarlet shrimp in two ways at Belcanto (Photo credit: Boa Onda)
Carabineiro, or Algarve’s scarlet shrimp, in two ways on the Evolution menu, is what Avillez sees as an innovative yet fiercely Portuguese creation. The Algarve region is the breeding ground of Portugal’s most exceptional seafood. The chef separates the head and body of the shrimp as they are best cooked at different temperatures.

The head is served plain for diners to enjoy the intense aroma of its juice, while the body is paired with xerém — a cousin of polenta — and gelatinous tripe of cod for a play of taste and texture. It may not be a traditional recipe, but it is the nothing-goes-to-waste attitude that represents the gastronomic philosophy of Portugal to the bone.

Now that contemporary Portuguese food has successfully carved out its position in the global gastronomic culture, Avillez believes its next step might be less flashy and more substantial, just as it has always been.

“I don’t think we’re going to have big changes. I think we’ll improve.”

RELATED: The First Day I Got My Michelin Stars: José Avillez Of Belcanto 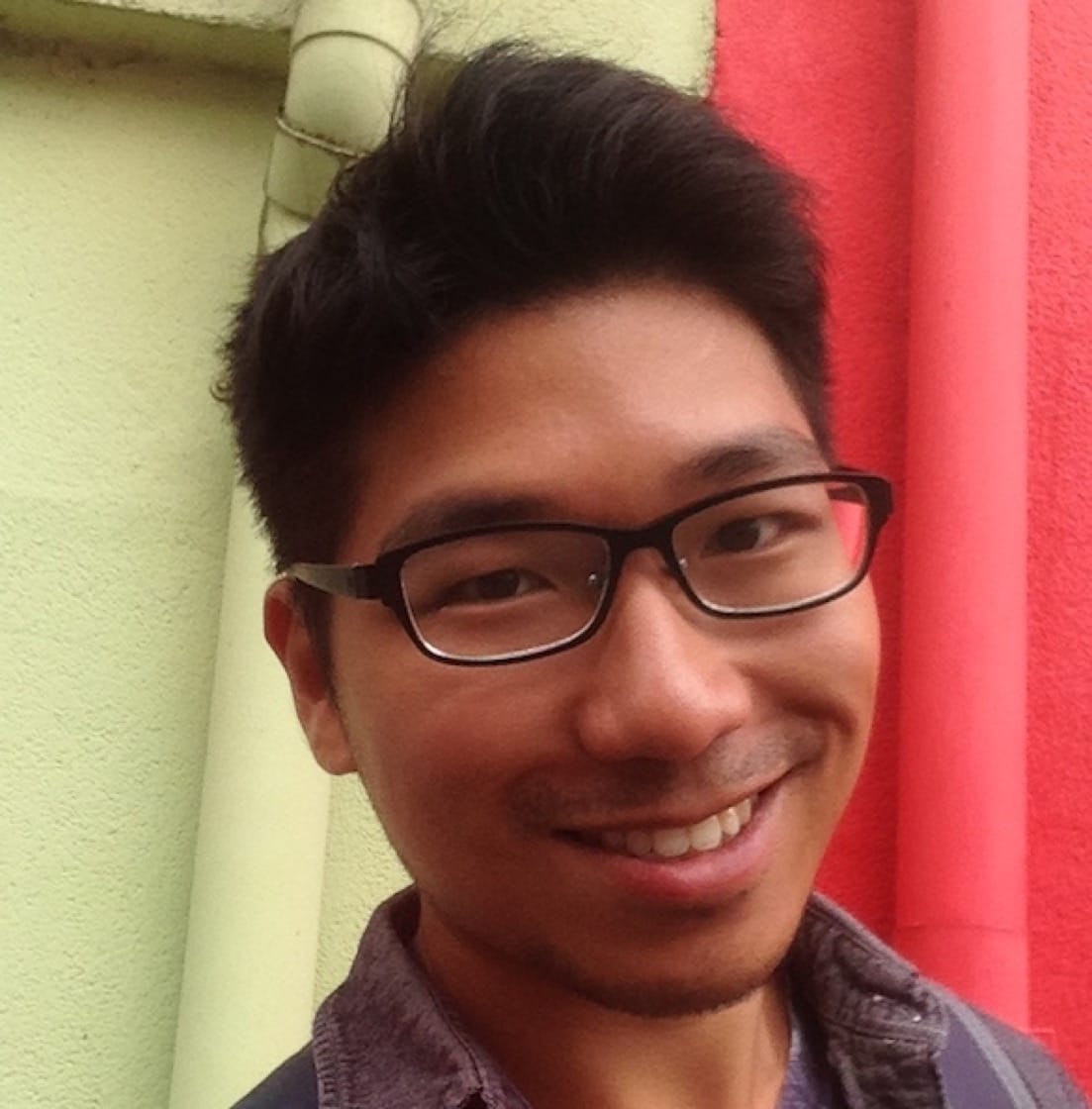 Ask The Expert: A Beginner’s Guide To Port