Behind The Bib: Ka Soh

In this brand new regular column, we unravel the stories behind the 34 Bib Gourmand-awarded eateries in Singapore's inaugural 2016 Michelin Guide Singapore listings. 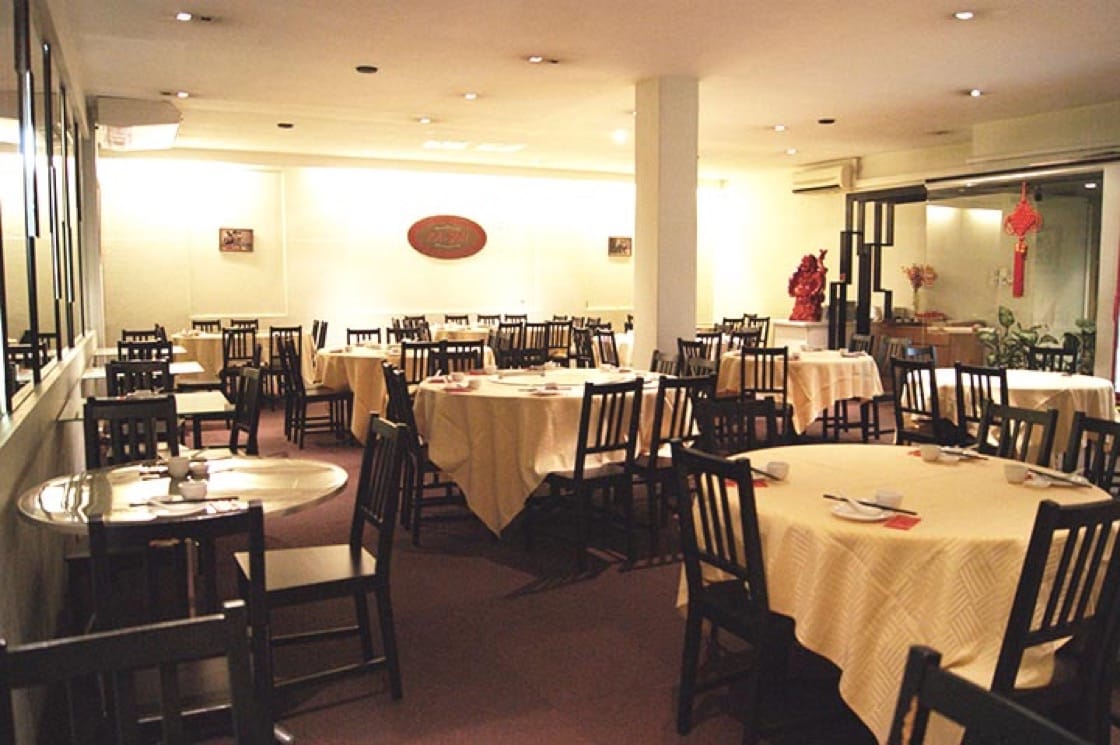 Who’s behind it:
Don’t judge Ka Soh by its appearance: the no-frills eatery nestled in a sleepy corner of the Singapore General Hospital grounds is really a grand dame of local dining with over 70 years of history under her belt. Founded by Tang Kwong Swee, an early immigrant who used to work in a cooking school in his native Guangdong, Ka Soh started out in 1939 as a push cart stall under another name in Great World Amusement Park. Following the area’s redevelopment, Tang relocated to Chin Chew Street - better known as the bustling Tofu Street (and also subsequently redeveloped as today's Far East Square complex) - and renamed the business 'Swee Kee' in the 1950s, before moving into a permanent shophouse along the street in the 1960s.

(Read what our inspectors have to say about Ka Soh)

It was in that permanent space where Tang started expanding his repertoire beyond his signature fish head noodles, adding favourites such as har cheong gai (prawn paste chicken wings) and meat and vegetable stir-fries onto the menu, and subsequently drawing in a steady crowd for being one of the first to offer cze char cooking in a restaurant setting. The restaurant’s late night operating hours also made it a popular haunt for local and overseas celebrities, such as Hong Kong’s 'Four Heavenly Kings', who would drop by for supper after their concerts here. 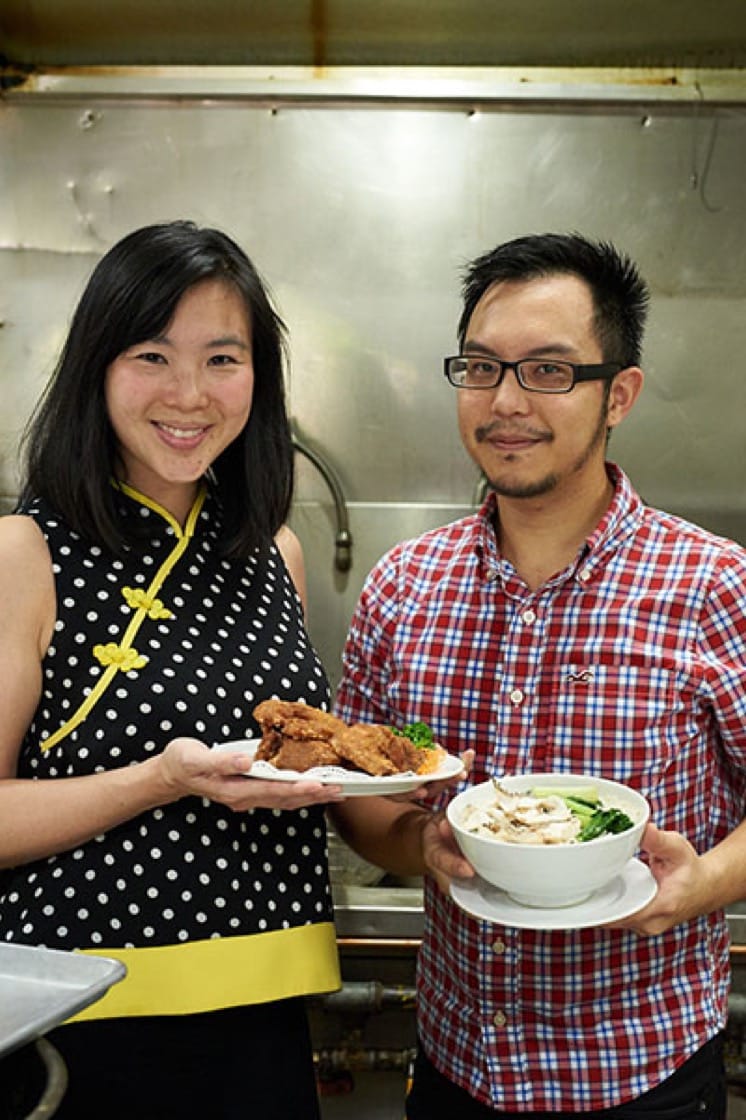 Son Tang Tat Cheong and his wife took over in the 1980s and relocated the restaurant several times before moving to Amoy Street in 1997, rechristening the eatery (yet again) as Swee Kee (Ka Soh) Fish Head Noodle House, as it was commonly referred to by regular patrons. A second offshoot, the Bib Gourmand-awarded, 90-seater Ka Soh Restaurant in College Road, followed a decade later, along with their first overseas venture in Kuala Lumpur in 2001. Four years ago, the couple also set up a an Indonesian outpost in a residential neighbourhood in Surabaya with local partners.

Today, their son Cedric, who works in public relations, and daughter Candice, a former fashion buyer, both in their early thirties (pictured), have joined the business and are working on introducing new technologies and big data into daily restaurant operations.

How it got its name:
‘Ka soh’ means daughter-in-law in the Cantonese dialect. As Tang Kwong Swee got busier churning out dishes in the kitchen, he hired a head waitress and her daughter-in-law to run the front of house and socialise with patrons, and they eventually became the face of the restaurant. Ka Soh was known for her fiery temper, and would famously tick off customers if they hemmed and hawed too long over an order (a necessary trait in those days, Cedric relates, as queues outside the restaurant were known to stretch up to two hours long.)

What to order:
There are over 300 items on Ka Soh’s menu, spanning cze char staples such as har cheong gai (S$15.50) and sweet and sour pork (S$18.50) to limited edition, uncommon delicacies such as fried beansprouts with fish intestines (S$20, only six portions a week). The coating of batter on Ka Soh’s sweet and sour pork is thinner and more crisp than in renditions by other restaurants, and the pork morsels are doused in an organic vinegar, “to avoid that ‘biting’ feeling you get on the throat when synthetic vinegars are used,” Cedric explains. 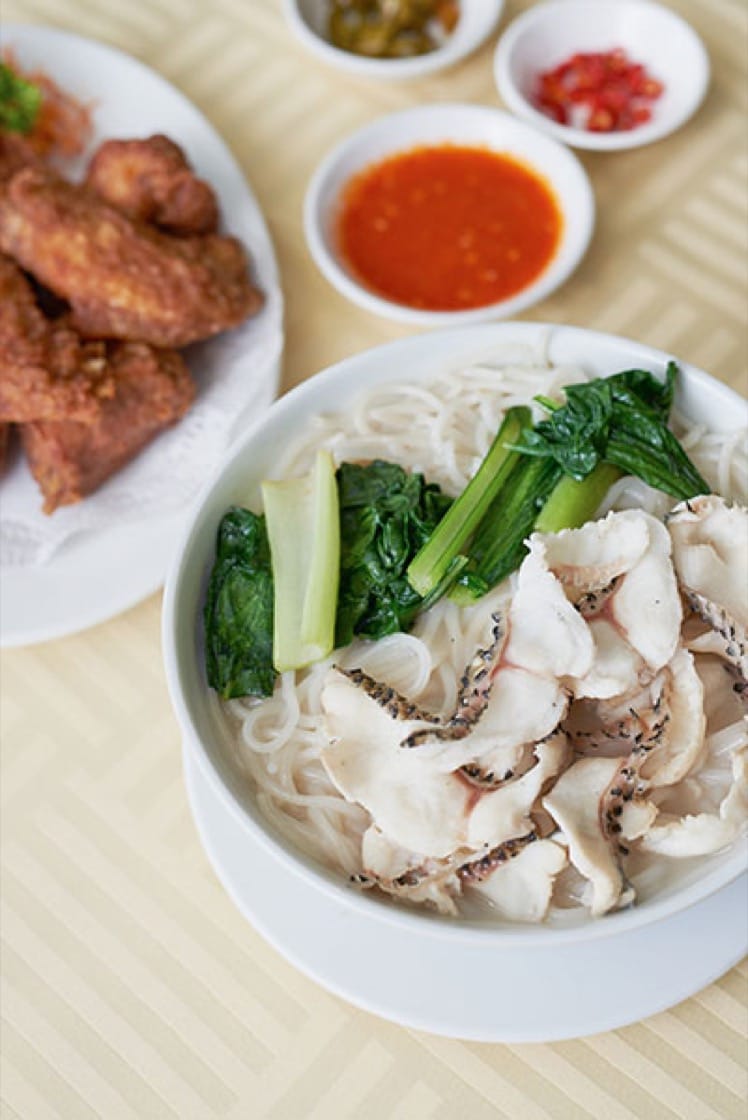 But no visit to Ka Soh is complete, of course, without an order of its signature fish soup (S$$7.50) made, since Tang Kwong Swee's time, with toman or snakehead, a Southeast Asian river fish. It comes served with your choice of thin or flat rice noodles in a luscious, soul-warming broth, and a generous sprinkle of premium white pepper specially sourced from Sarawak. Fish bones are boiled at high heat for six hours until they disintegrate into a silky, off-white soup base rich in calcium, collagen and protein. The soup is also mixed into marinades and gravy used in other dishes on the menu.

The restaurant's live seafood tanks aren’t purely ornamental: the wild-caught river fish are kept there for up to four days to drain out any muddy residue.

“There is no real secret to what we do, it’s the result of all the heart and effort we put into cooking every dish...and plenty of fish bones,” laughs Cedric.

Finish your meal with an order of Crispy Fried Yam (S$8), Ka Soh’s variation on Teochew-style or nee - the palm-sized balls of yam paste are stuffed into dough pockets, deep-fried, and then drizzled over with honey.

“My aim is for Ka Soh’s style of fish soup to achieve the same iconic status as other Singaporean dishes such as chicken rice or chilli crab,” Cedric adds.