Chef Ang Song Kang is on a roll.

It has been barely a month since both his businesses were recognised in the MICHELIN Guide Singapore 2019 - his Cantonese private kitchen Chef Kang’s retained its MICHELIN star for the third year running and his year-old wonton mee stall Chef Kang’s Noodle House received a Bib Gourmand distinction - but the chef is already busy cutting the ribbon for his next project. 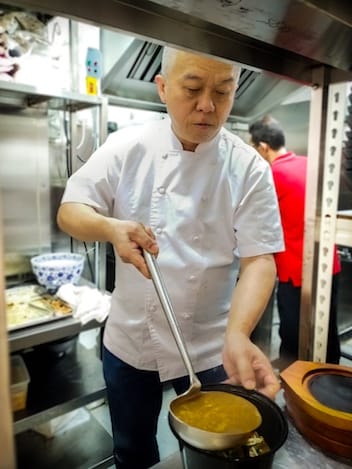 His latest venture is Chef Kang’s Prawn Noodle House. The no-frills eatery is set in an air-conditioned shop space at the foot of a HDB block, just a street away from his wonton noodle stall. There are just two dishes on its menu: King Prawn Noodle Soup With Prawn Paste Spare Ribs and Hot Stone Prawn Paste Spare Ribs Rice. Each one costs S$10 a bowl.

Ang is particularly fastidious about the soup, which is is the emphasis here, like at all his other eateries. While Singapore-style prawn noodle soup typically uses a pork bone and shrimp-based broth, Ang uses chicken as an alternative to pork, as it gives a cleaner flavour, he says. “We put hae bee (dried shrimp), about 7.5kg of prawn shells and chicken feet into a big pot and the stove is left to boil overnight everyday, so we can extract all the flavours without using any MSG.”

Similarly, the yellow noodles he uses are custom made to the chef’s specifications in order to reduce the alkaline taste usually present in egg noodles. They are made by the same suppliers who make the springy jook sing noodles for the wonton mee at Chef Kang’s Noodle House.
Advertisement
Advertisement 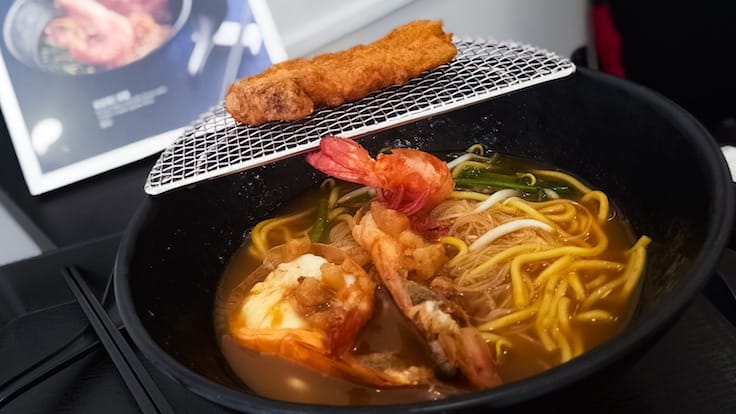 King Prawn Noodle Soup With Prawn Paste Spare Ribs (Pic and Banner Pic: MICHELIN Guide Digital)
Each bowl of prawn noodles is served with a large king prawn sliced into two and a cutlet of deep-fried prawn paste pork chop perched on a steel tonkatsu net. “You’ll normally find pork ribs in the soup when you order prawn noodles, but I thought serving fried pork ribs on the side will give a different texture and add to the enjoyment of the dish,” Ang says. 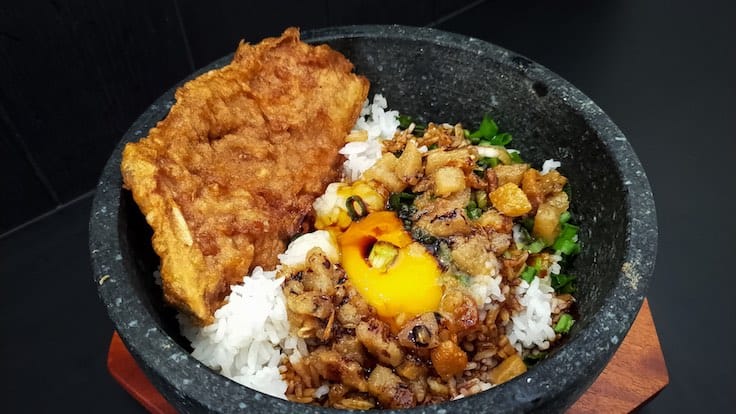 The rice dish is served in a sizzling stone pot heated to 300°C and topped with the same fried pork chop, a fragrant spoonful of lard and an egg. Diners are invited to mix it all up with some dark soy sauce and enjoy it after the rice has crisped into a crust on the bottom of the bowl.

“Other than prawn noodles, I wanted to give people a heartier option and the stone pot rice is a nostalgic nod to lard oil rice. I want to get these two dishes right first, and then we will look at serving Portuguese pork chop rice next,” he shares.

Opens daily at 10am until soup runs out (about 4pm). Closed on Mondays.