His duck-centric restaurant, Forbidden Duck, which opened in Hong Kong late last year, has launched its first overseas outlet in Singapore earlier this week. Duck is everywhere on the menu at the restaurant in Marina Bay Financial Centre, from dim sum items to cold dishes.

One of the highlights is the slow-roasted duck, which arrives plush, pink and thickly sliced. The meat is slow-cooked in the oven for three hours until it is juicy with a luxurious layer of fat. The temperature of the oven is then cranked up to produce a crisp glistening skin. At Forbidden Duck in Hong Kong, the duck comes with a side of butterfly-shaped steamed buns, which are flavoured with orange juice. However, Leung was so inspired by the prevalent use of calamansi in Singapore food that he switched the flavour of the buns to calamansi.

The duck is accompanied by a platter of condiments such as calamansi-spiked hoi sin sauce, sesame oil, garlic puree, sugar and smoked sea salt. Leung says that by having chunky duck slices, diners can taste the supple meat more prominently and it does not disappear with the condiments when sandwiched in a bun. Traditionalists can still opt for Peking-style roast duck. 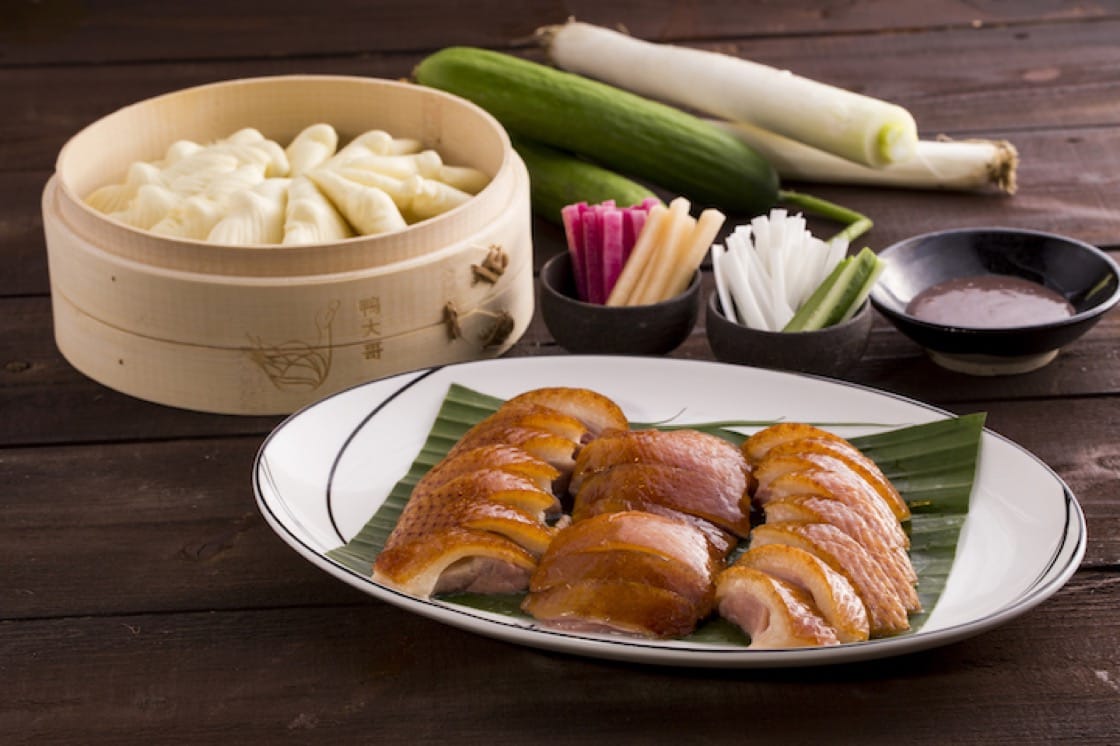 Slow Roasted Whole Duck
Duck also enters into dim sum territory. His version of har gao, a steamed prawn dumpling, is stuffed with duck tongue and aromatic black truffle, while the duck spring rolls have an Italian touch with pesto and chopped duck meat encased in a crisp shell. Deep-fried parcels of taro pastry are loaded with duck and preserved vegetables. 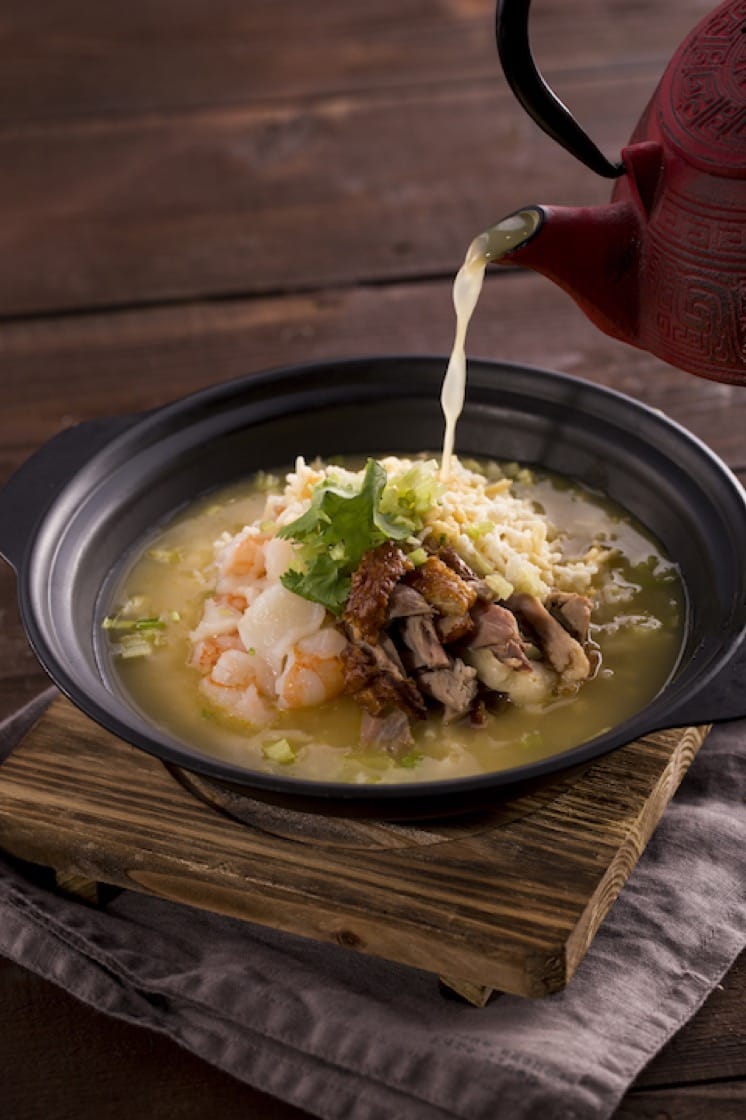 Another signature dish is the seafood rice in an aromatic duck soup, which feature shrimps and scallops as well as golden brown grains of roasted rice which add a delightful crunch.

Besides duck, the menu has some wacky Cantonese food — a nod to Leung’s flamboyant character and his nickname as The Demon Chef. The sweet and sour pork is accompanied by a rosewater spray that accentuates the aroma of the meat. The Golden Cereal Prawn is a tongue-in-cheek dish that has deep-fried prawns served with colourful Cheerios cereal and slices of mango and strawberry.

The crab is cooked in a robust pepper broth till the flesh is tender and imbued with a strong peppery taste. Like in a bak kut teh meal, diners can dip dough fritters into the flavoursome broth.
First Look: Forbidden Duck
Advertisement
Advertisement