Tate Dining Room (Tate) made history by becoming Asia’s first female-helmed restaurant to be awarded two MICHELIN stars in the MICHELIN Guide Hong Kong Macau 2021. As one of the most influential female chefs in the region, chef-owner Vicky Lau leads by example not only through actively participating in discussions about women in gastronomy, but also by running the kitchen daily with her talented team of female pastry chefs.

“Nocar understands the western ways of making desserts as well as the flavours of Chinese desserts [...] She understands both worlds which really works well for the cuisine we offer here,” says Lau.

Innovative French-Chinese fine dining is at the core of Tate, where each dish in the 6- or 8-course seasonal menu is an ode to an ingredient. When the ingredient in focus is something unconventional like soy sauce, the dessert plays not only an integral role but also adds a wow factor that showcases the boundless creativity of the pastry team.

“We have half of our women staff in the kitchen. Our management style is not screaming at each other’s face. It’s just like a very warm family kind of environment. Being harsh sometimes doesn’t really work. It’s no about our ego, it’s always about the guest.”


READ MORE: Tate Chef Vicky Lau On Being 'Girly' In The Kitchen 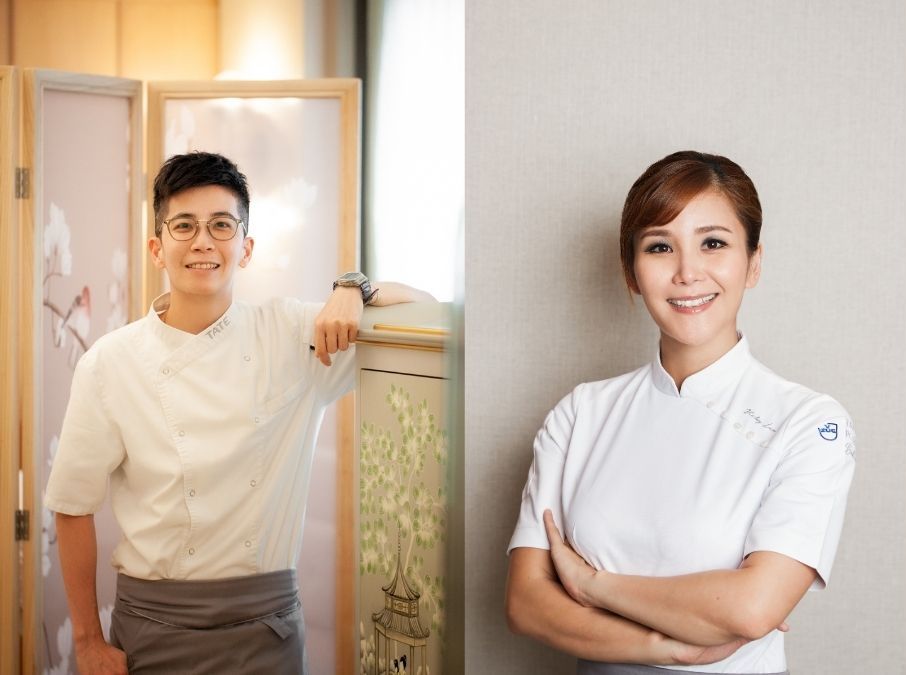 Lo, a local Hongkonger, fell in love with the pastry offerings at Tate when she dined as a guest six years ago.

“Every dish was very delicate and refreshing. When the petit four came out in a cart, it was a wow moment. It’s rare to see a restaurant putting so many resources on pastries. At that time, I really admired Vicky and I wanted to learn from her,” recalls Lo.

Looking back at her young and ambitious self six years ago, Lo admits that her work relationship with Lau wasn’t always smooth at the beginning.

“We had a lot of sparks at first,” chuckles Lo. “Six years ago, we were rather young and had our own temper. But it was always over work matters. We are both very different now, and we have witnessed each other’s growth.”

Inevitably, their personal growth has contributed to the growth—and success—of Tate. The secret ingredient to running a two-MICHELIN-starred restaurant, as Lau demonstrates, is her team.

“This is my second home,” says Lo. 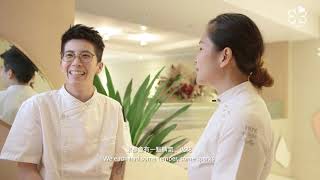