After 6 months of renovation, Mandarin Oriental, Hong Kong’s One MICHELIN-starred Cantonese restaurant, Man Wah, is slated to reopen on February 1, 2021. With a legacy of excelling Cantonese cuisine since 1968, Man Wah has withstood the test of time and won the hearts of many local and overseas diners.

Man Wah’s new direction is under the command of executive chef Wong Wing Keung, who has been at the helm since 2018. A third-generation Cantonese chef who first joined Man Wah in 2011 as sous chef, Wong is a celebrated chef with numerous achievements under his belt, including leading Yee Tung Heen at The Excelsior to earn its first MICHELIN Star. With almost four decades of experience in Cantonese cuisine and a passion for time-honoured recipes and cooking techniques, chef Wong's vision to introduce forgotten classics adapted to the modern palate comes into greater focus in the reopened Man Wah. 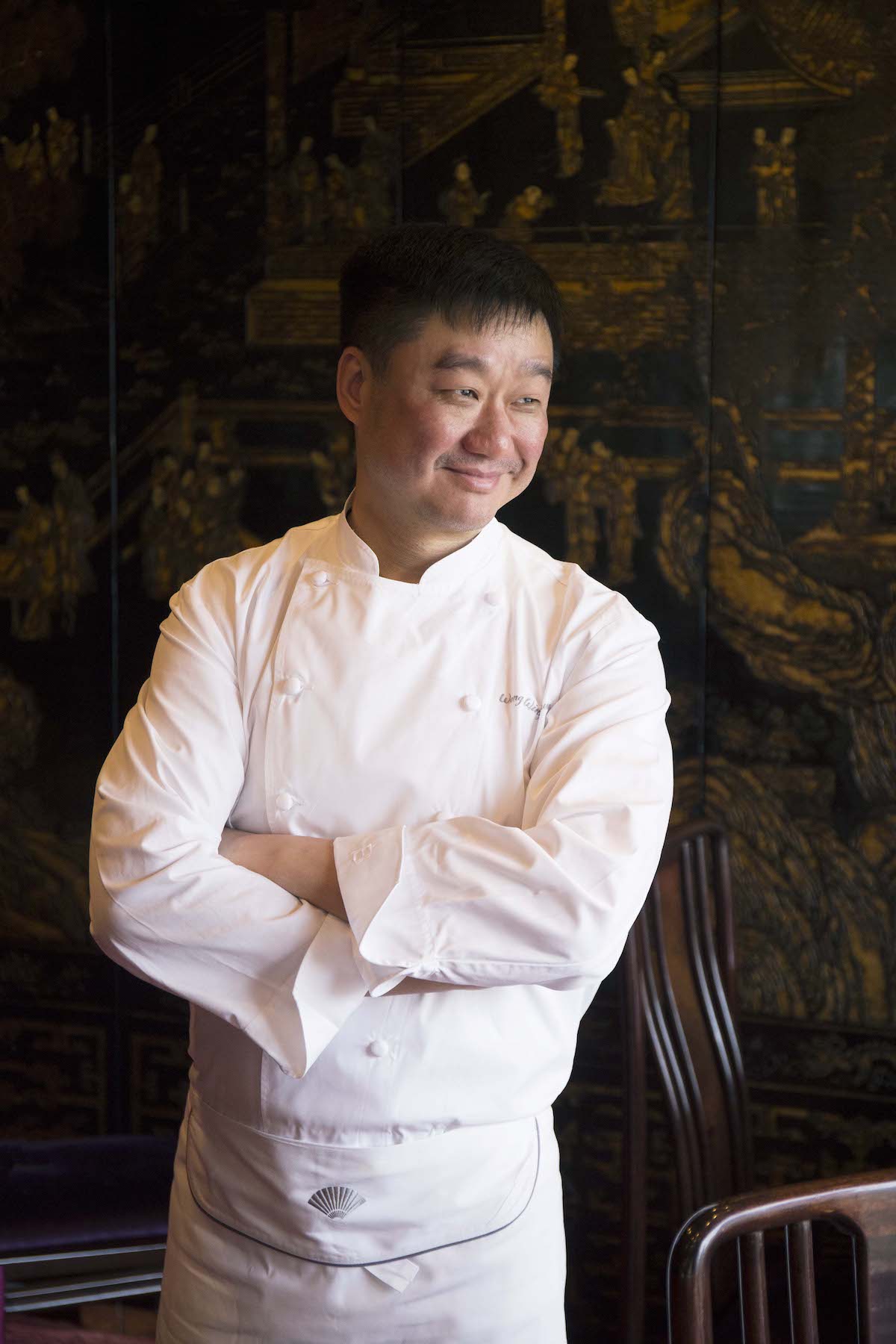 Ahead of the reopening of Man Wah on February 1, 2021, we sit down with Wong to talk about his signature dishes, source of inspiration, rewarding moments, and everything in between.

What are you planning to achieve with the reopened Man Wah?

We are so happy that we have kept our MICHELIN star this year, the award has motivated us to work even harder to bring new creations and surprises to our guests after the reopening. Of course, our next goal is to aim for more distinctions—after all, it’s every chef’s dream to be recognised by the MICHELIN Guide.

What are the challenges you've faced reopening Man Wah?

Social distancing regulations are still in effect, which means less interactions with guests and people in the industry. With the reopening, we’re hoping to see familiar faces again and attract new diners with our new menu. 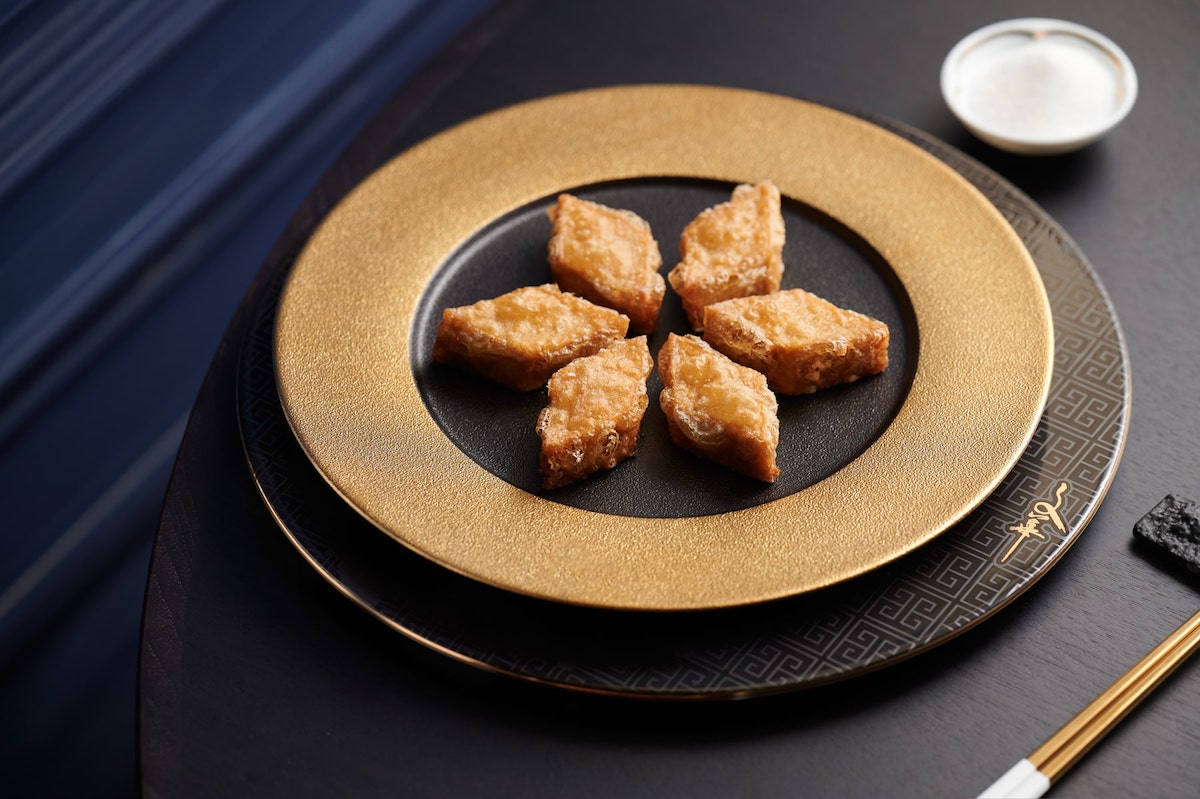 "Guo Ja", a reimagined classic on the menu of One MICHELIN-starred Man Wah

What are your signature dishes?

One of our most popular dishes is “Guo Ja” (戈渣), a street snack originated in Beijing. The story behind this dish begins with famed Cantonese cuisine expert, Kong Chen Pearl. Kong’s first disciple, Theresa Mak, is famously known as “Dashijie” (meaning “the master”). A few years ago, I asked her if she could teach me the recipe behind her “Guo Ja”—a dish that I couldn’t forget ever since the day I tasted it. After that, I asked her if she would take me as her disciple. At first she rejected me, but one day she called me at midnight and accepted me—I was over the moon!

Before the renovation, sea urchin “Guo Ja” was our signature dish. But with the reopening, we’re giving it a vegetarian twist using Japanese matsutake mushroom. We think the aroma of matsutake mushroom matches well with the recipe of “Guo Ja”, which includes egg yolks and corn flour. 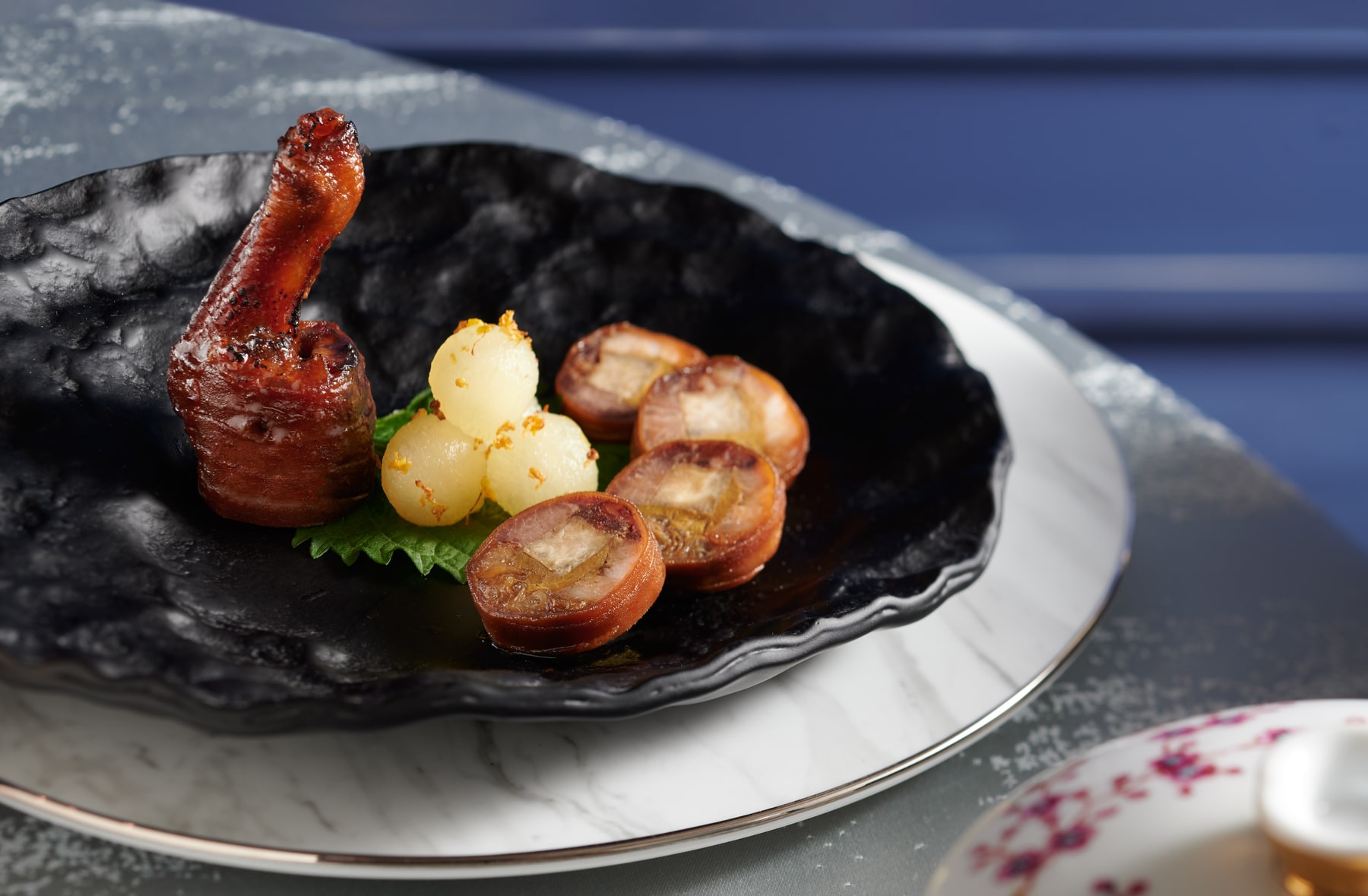 What are some of the new dishes diners can expect in the new menu?

The first page of our new menu has three words: “Taste Original Flavours” (嘗原味), which summarises what guests can expect from the menu. This includes time-honoured dishes such as barbecued duck feet roll (鴨腳包)—a dish that is not commonly seen in a fine dining establishment but we prepare and plate it in a way that makes it look exquisite. The original version had bones in the duck feet, but we decided to debone the feet after receiving requests from guests who wish to enjoy the dish boneless. It’s a labour-intensive process, which is why we ask guests to pre-order 24 hours in advance. 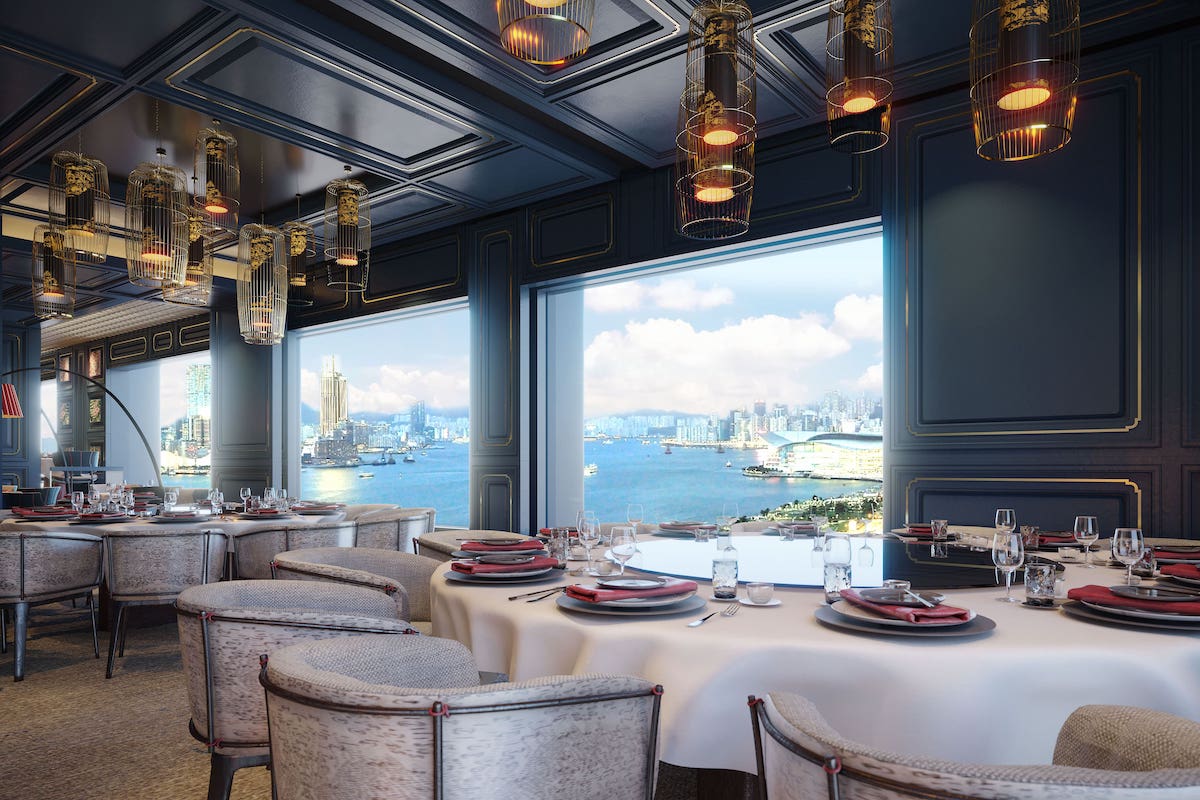 Where do you get your inspiration from?

I get inspiration from my daily encounters. On our menu, there’s a corn and blood bird’s nest soup. The inspiration came from a sweet corn soup that I had for breakfast in Japan a few years ago. At first I tried to use superior bird’s nest but the yellow and white colours didn’t look very appealing together. The blood bird's nest, albeit tasteless, goes well with the corn soup not just in appearance but also texture.

What are your most rewarding moments as a chef?

Apart from receiving awards, recognition from guests, support from the hotel and team cooperation are equally important. I have 100% confidence in my team that even in my absence, the standard of our food remains the same, and that’s something I’m very proud of.