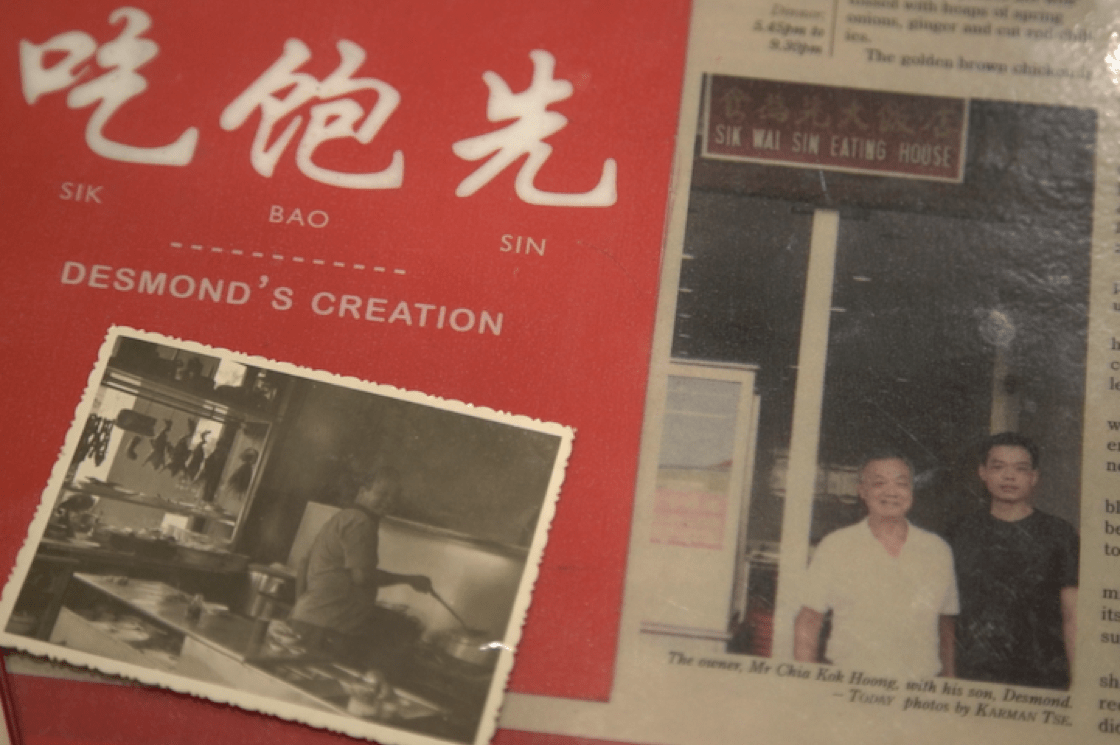 A photo from the early days of Sik Wai Sin, and Desmond Chia (far right) with his father, Chia Kok Hoong.
Hailing from a family of cooks in China, the elder Chia came to Singapore armed with nothing but a certificate issued by the Chinese government to recognise accomplished chefs. “The elders used to say that you only need to master one skill to make a living for the rest of your life,” he says in Cantonese. So dedicated were he and his wife that he now jokes that Desmond Chia, the younger of two sons, was practically born at Sik Wai Sin. “That day when I opened for business, my wife told me that she was in labour, but it was only after we’d closed for the day that we called for a taxi to go to the hospital where she gave birth to Desmond.”
Advertisement 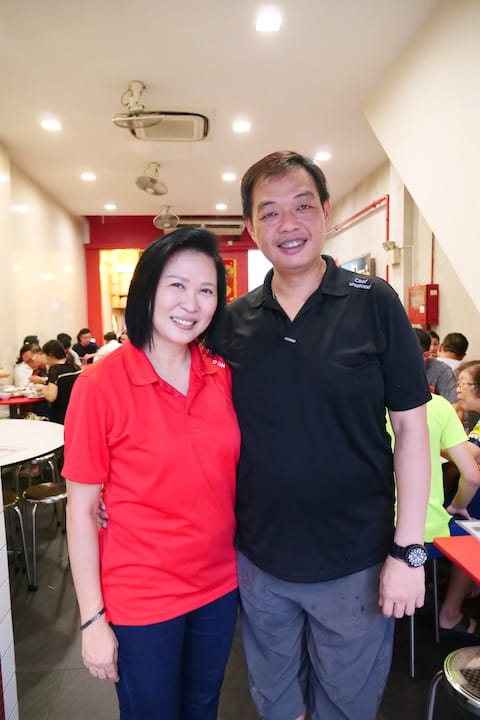 In 2013, with the encouragement of their customers and his father’s blessings, Desmond Chia and his wife, Joanna, decided to strike out on their own, opening Sik Bao Sin. “I came to Singapore on my own all those years ago to make a new life for myself,” says Chia Kok Hoong. “If you don’t see for yourself, you won’t know just how much you are capable of. That’s my hope for my son as well, for him to be recognised for his own work. That’s why I am so proud that his restaurant has received the Bib Gourmand this year.”
At Sik Bao Sin, the son has continued his father’s tradition of being the only cook in the kitchen, whipping up a fiery storm in front of his blackened wok. “Every day, when I step into the kitchen and I turn on the fire, it’s like I’m cooking for my family. It has to be fresh, it has to be the best ingredients and I always cook from the heart.” While that means the wait is longer than usual, the food that finally arrives is consistent and comes imbued with a personal, home-cooked touch. 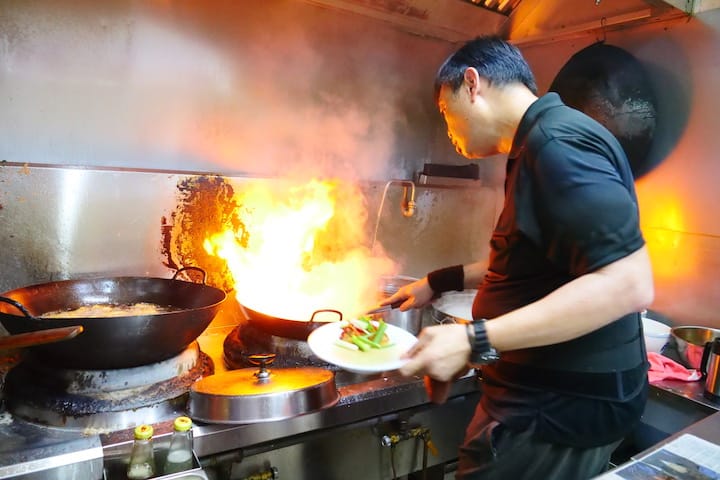 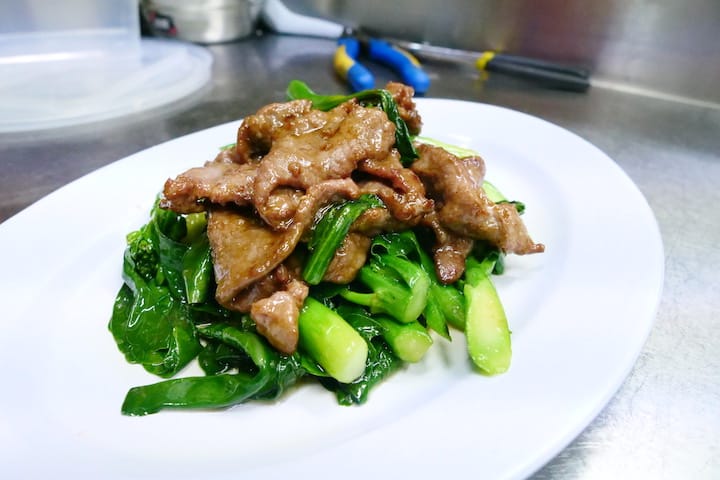 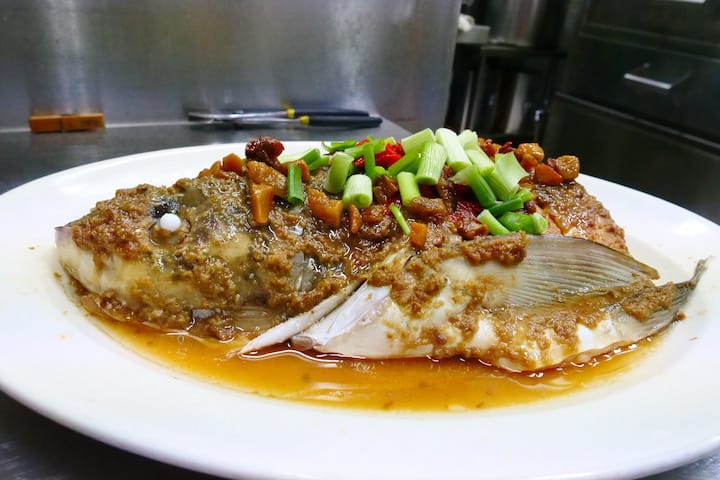