Richard Ekkebus is not a man defined by age."I have the heart of a 35 year old,” the 55 year old states. “I love chatting with young people, I am curious (to learn about everything),” says the Dutch-born Ekkebus, whose name has become synonymous with Amber, the two-MICHELIN-starred restaurant he arrived in Hong Kong 18 years ago to build. The restaurant in the city’s prestigious Landmark Mandarin Oriental debuted in the inaugural MICHELIN Guide Hong Kong Macau with two MICHELIN Stars in 2009, and has retained that distinction for 13 consecutive years since. It is also till this day that he still stays true to himself and serves the finest delicacies to the guests in the busy city, he says. "I left the Netherlands when I was 17. I spent most of my life in Hong Kong - more than anywhere else. I love Hong Kong and I think Cantonese food is the best cuisine in the world. I love roasted duck, dim sum, wonton noodles and I love interacting with local people,” Ekkebus adds. He helped out at his grandparents’ restaurant and hotel in the Netherlands as a child, and that became the early start of his lifelong relationship with the catering industry. 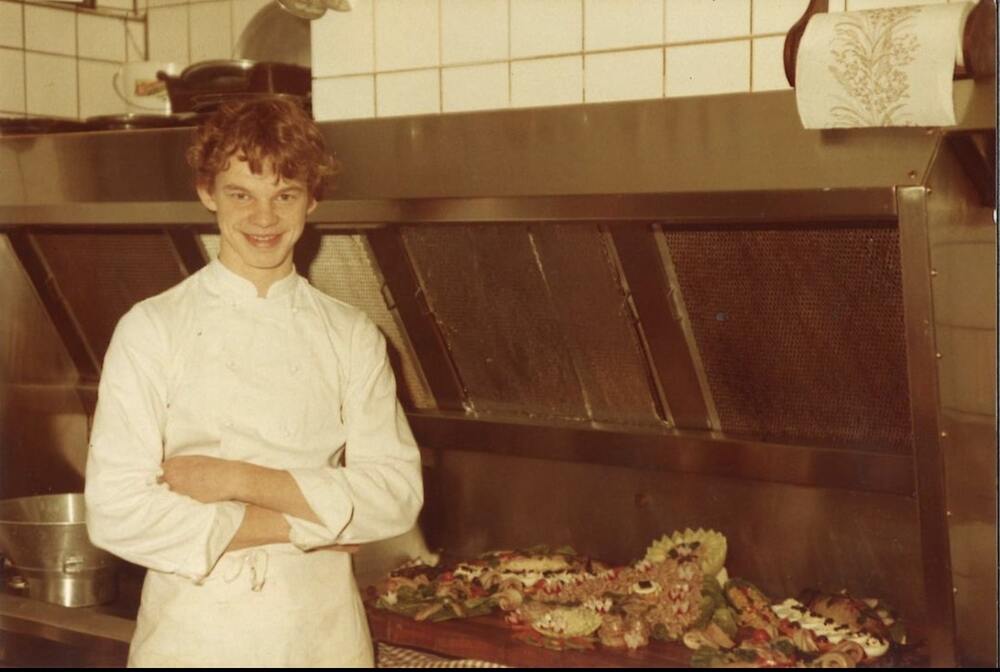 Growing up in a family of catering specialists, Ekkebus became the chef in his grandparents’ restaurant at the age of 15 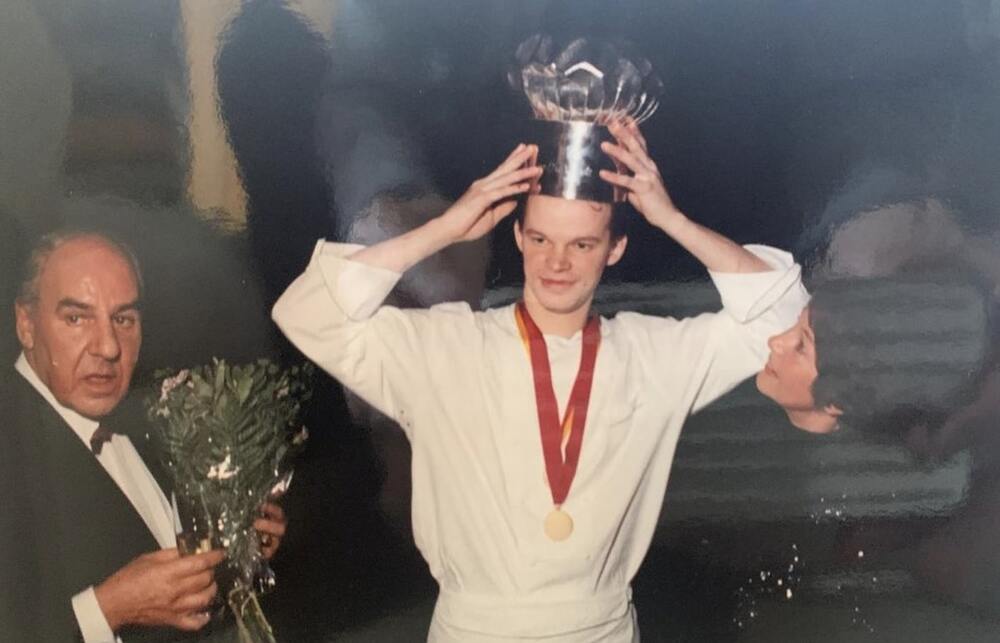 Richard Ekkebus in 1992: he had already won a lot of cooking contests in the Netherlands by then
Advertisement

"I had thought about working as an engineer before I became a chef. Yet I am glad and I feel very lucky that I made the right decision, now I can do what I like every day. Not everyone can have an enjoyable job, not everyone wants to start working right after they wake up — but I do,” says the energetic chef, whose daily routine involves walking around the hotel and the restaurant to ensure operational excellence. Eighteen years is considered a lifetime for many restaurants in Hong Kong’s fickle hospitality industry, but Ekkebus believes that Amber — revered as the Grande Dame of fine dining by many chefs in the city and around the world — continues to retain its avant garde spirit from Day One. Three years ago, the restaurant underwent a complete revamp and relaunched with an airy new look featuring warm, neutral tones and feminine curves in its dining room. But its boldest move,was doing away with dairy, refined sugar and gluten completely on its menus. 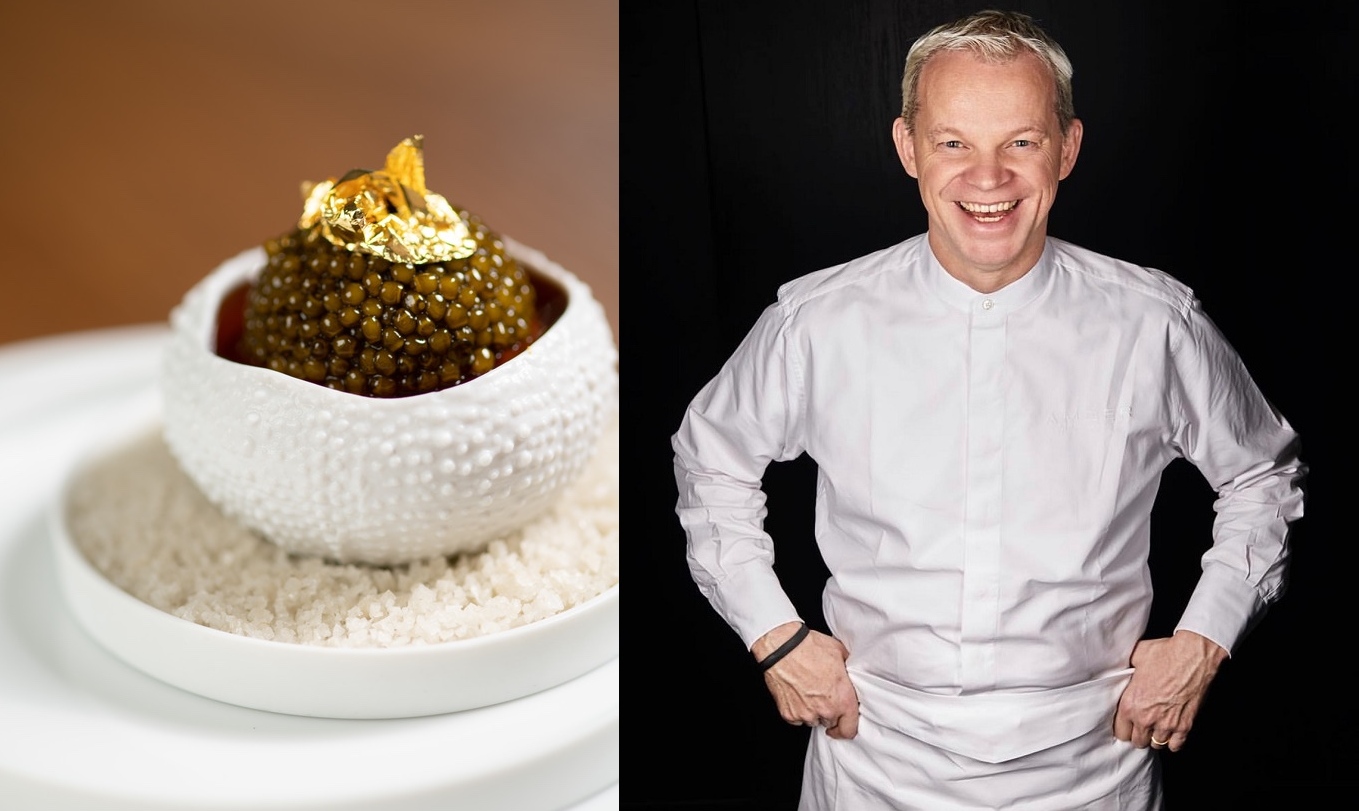 Three years ago, Ekkebus decided to reinvent the restaurant 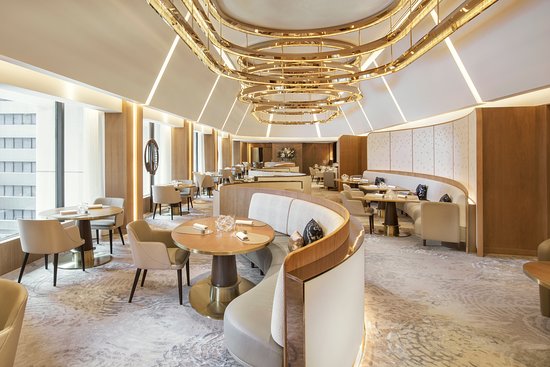 Since the launch of the first MICHELIN Guide Hong Kong Macau in 2009, Amber has retained its two MICHELIN Stars for 13 consecutive years

Even Amber’s most iconic dishes such as sea urchin, lobster, cauliflower and caviar had to fall in line with the new ethos of the restaurant. Ekkebus and the team, through research and tests, came up with new dairy-free recipe tweaks, such as braising the cauliflower in coconut oil and deglazing it in almond milk. Together with whipped soy cream, it became the vegan base of the Hokkaido sea urchin and caviar. Other dishes now feature the use of different oils such as linseed oil to enrich the sauces, without overloading them with butter and cream as traditional French cuisine would do. “Considering all these constraints, we are still on a learning curve. After 16 years, Amber is still disruptive and we can be transformed. Everybody loves Amber, but we cannot be too comfortable. It is time to be disruptive. Seventeen years ago, Amber was the most rebellious restaurant, 17 years later, we continue to be,” says the tall and charismatic chef, who himself sent chatter through the industry when he dyed his head of brown hair platinum blonde ahead of Amber’s revamp. 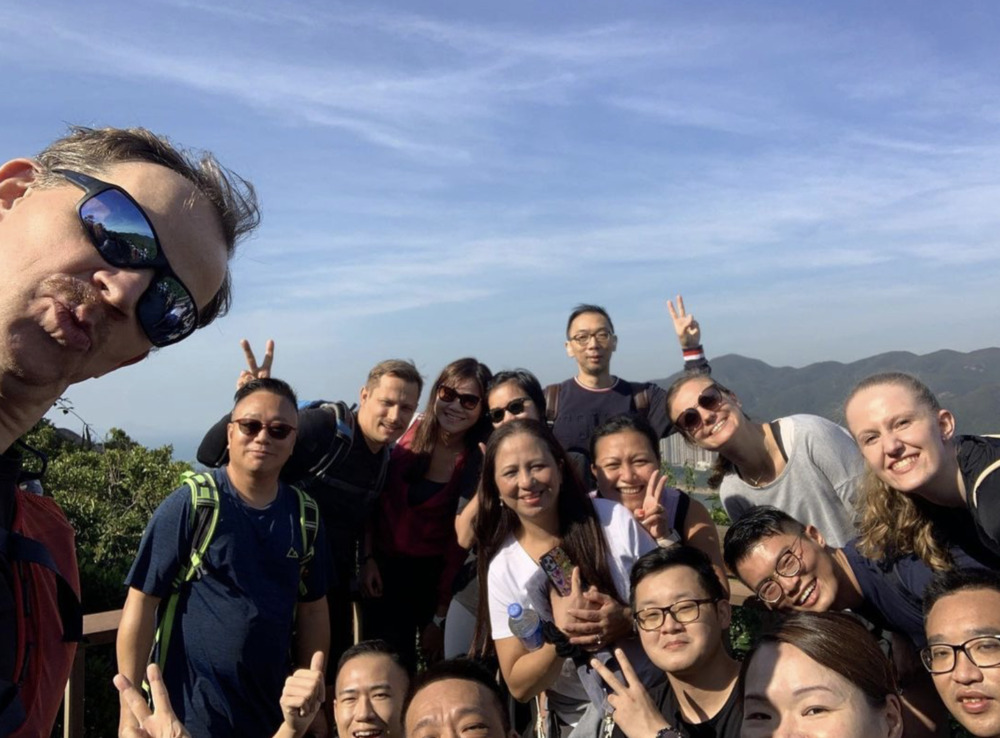 Championing sustainability has also been his mission from the beginning, something he is widely recognised for across Hong Kong today. When he first arrived in Hong Kong years ago, he had then asked about the hotel’s waste management and they “had no idea”, he recalled. Today, Ekkebus leads the entire hotel as its Director of Culinary Operations and Food and Beverage and pushes for the implementation of environmental protection policies, such as using sustainable seafood and eliminating the use of one-use plastic, not just at Amber but throughout the entire hotel and its rooms. Ekkebus also works closely with Food Made Good Hong Kong, an organisation that encourages and supports food and retail sector in Hong Kong in adopting more sustainable practices. 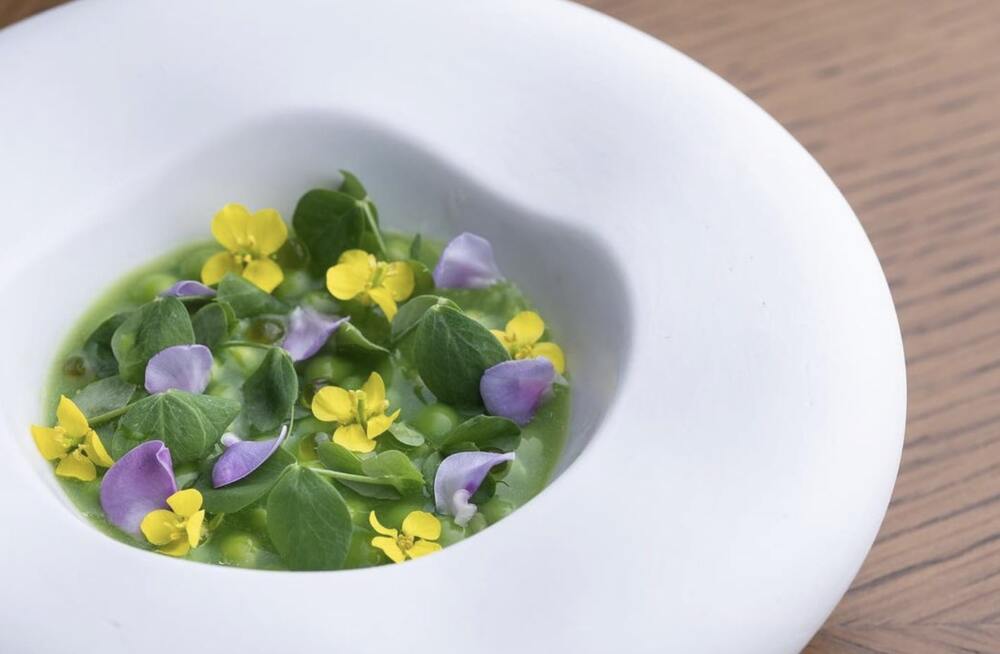 Amber’s menu is dairy-free and the restaurant uses soy, rice, grain and nut milk instead of the usual cream, milk and butter 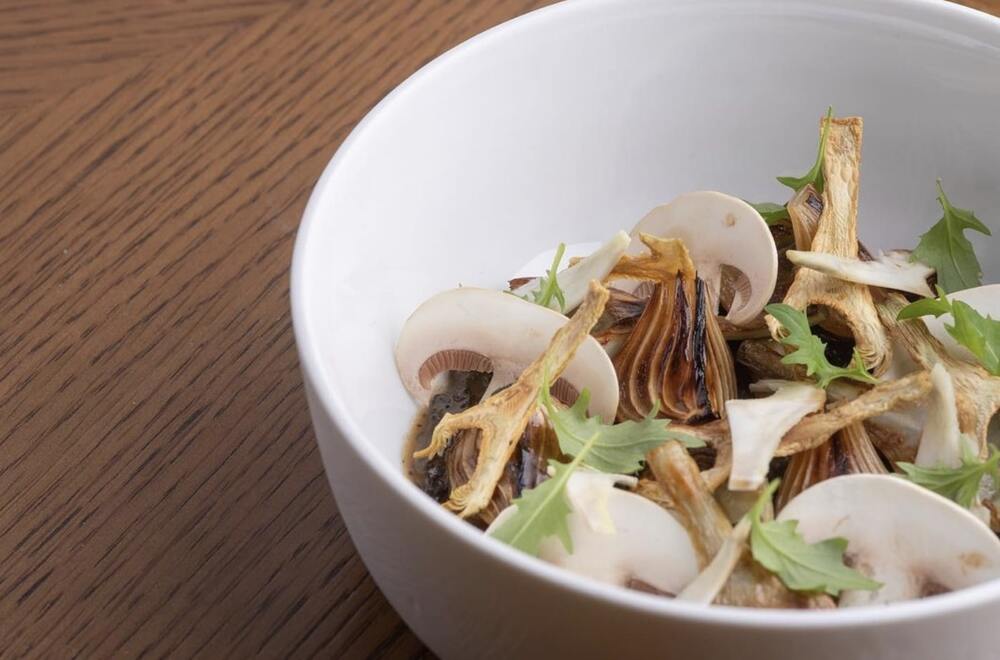 Local ingredients are the highlight of Amber’s menus

For its industry-leading efforts, Amber was awarded a MICHELIN Green Star in the 2022 edition of the MICHELIN Guide Hong Kong and Macau. “When we reinvented Amber, we want to be even more sustainable on all aspects,” says Ekkebus. “Global warming is an undeniable fact. We had some ingredients in the past, but now they are no longer available.”The avid climber used to make frequent sojourns to the mountains in Nepal, but with the retreating glaciers, frequent landslides and rock falls, “ I couldn’t climb some of them anymore.” His current goal is to support Hong Kong’s vision to be carbon neutral in Hong Kong by 2050. “Amber and I, we are willing to be at the forefront of sustainability, and Amber has been transforming — not just for ourselves, but for the Earth.”