Macau is home to some of the world’s glitziest hotels, restaurants and casinos but lest one forgets, the city also has a distinct Portuguese DNA seen everywhere from its street signs to the heritage buildings in Coloane and Taipa.

Naturally, this also extends to its food. In fact, the 2016 Michelin Guide for Hong Kong and Macau lists 11 Portuguese restaurants, serving up traditional favourites from bacalhau to goat’s cheese, and many with notable wine lists to boot. Additionally, three of them offer value-for-money experiences that they each garnered Bib Gourmand recognitions as well.

Curious? Here are the 11 restaurants along with notes from our anonymous inspectors on what to look out for. 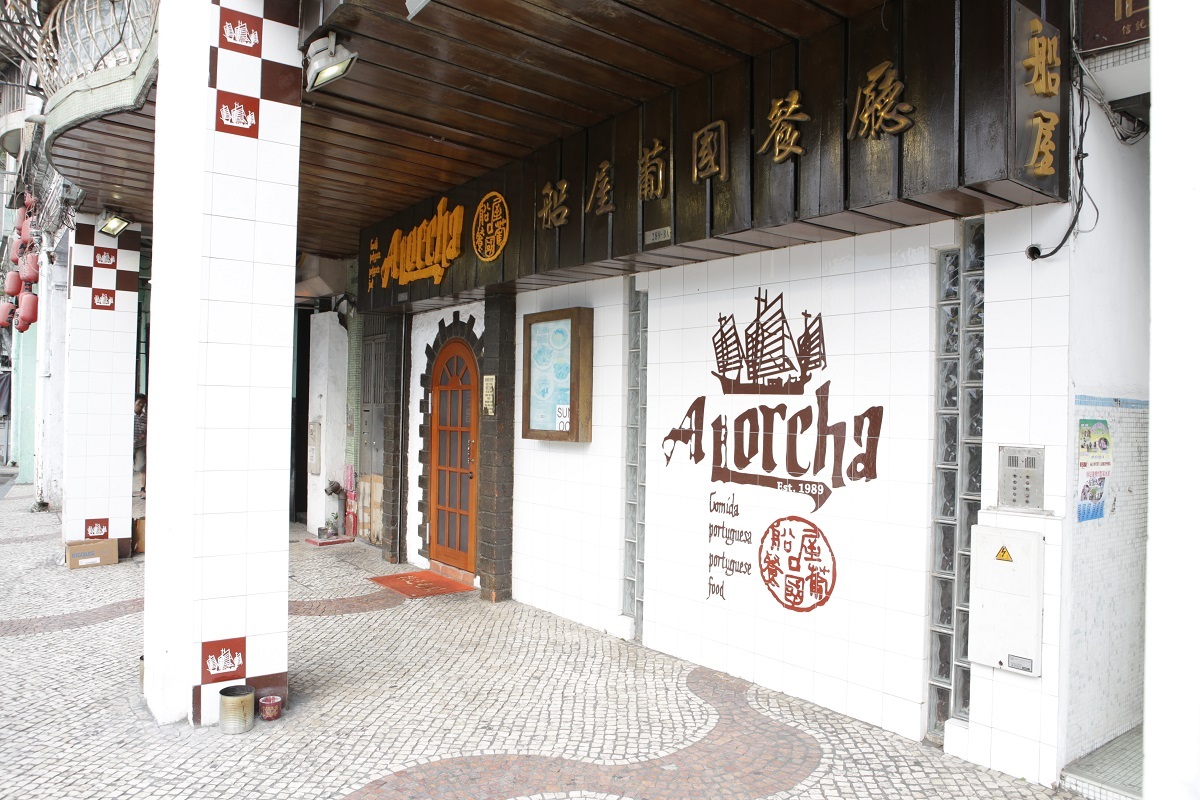 Business is booming at this friendly Portuguese restaurant and that's not just because it's close to Barra Temple. The owner's mother still holds the most important role here - as head chef - and she makes sure the quality of the food remains high. A charcoal grill in the kitchen is used for the barbecue and grill dishes and carefully prepared specialities include Ameijoas "Bulhão Pato", Arroz de marisco à Portuguesa and Galinha à Africana. 289 Rua do Almirante Sérigo.

Many will have fond memories of Café Leon from the years it sat by Sai Van lake. It's now in Taipa and boasts a new and slightly more contemporary look, but what hasn't changed is the food which is prepared by the same kitchen team as before. Signature dishes include grilled Macau sole with butter sauce, braised prime beef rib in red wine, and roasted chicken stuffed with rice. Na Taipa Rua Do Regedor No. 79

Authenticity and hospitality are what draws customers to this cosy little corner restaurant. Newcomers will find themselves welcomed by the owner-chef just as warmly as if they were regulars. His traditional Portuguese cooking uses quality ingredients and many of the dishes are cooked in the old-fashioned barbecue way. He makes his own cheese and the two specialities of which he is most proud are stewed rabbit, and fried rice with squid ink. Rua de Femão Mendes Pinto, N۫90 R/C, Taipa
Advertisement

A Petisqueira
Step through the door and you'll instantly feel as though you've been transported to a cosy little restaurant in the Portuguese countryside. A small bar at the entrance leads you into a simple, rustic dining room where the focus is on classic Portuguese cuisine served in a friendly, unpretentious atmosphere. Authentic dishes include bacalhau prepared in five different ways, and fried clams; look out too for the daily specials. 15 Rua S. Joao, Taipa

Banza
The Portuguese owner, whose nickname is Banza, visits local markets each morning to decide on the chef's frequently changing specials; fish dishes tend to be the most popular choice among his many regulars. The restaurant lies in the shadow of a huge apartment complex and comes in tones of green and white, with large paintings and a cosy mezzanine seating about six. Banza can also give you advice on his selection of Portuguese wines. Nam San Garden, Shop A & B, 154 Avenida de Kwong Tung, Vila de Taipa 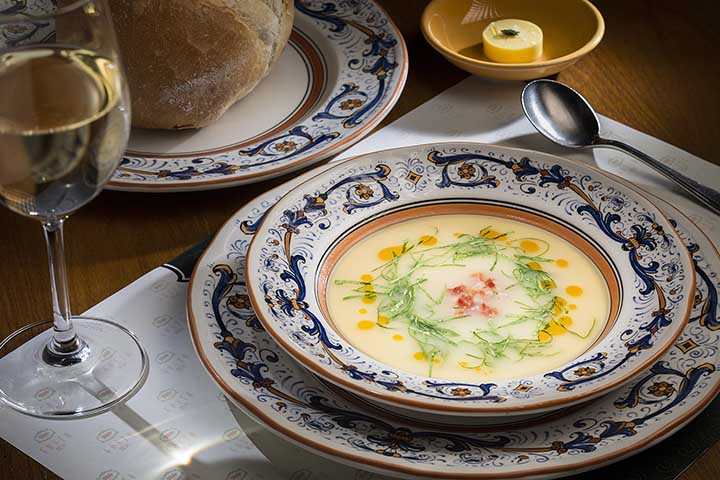 Clube Militar de Macau
Built in 1870 for the benefit of army officers, this striking pink-hued building was renovated in 1995 when its restaurant was opened to the public; but sadly the delightful sitting room and bar are reserved for its club members. The room has a charming colonial feel, thanks largely to the echoing teak floorboards, netted windows and ceiling fans. The kitchen focuses on traditional Portuguese flavours and hosts occasional food festivals. 975 Avenida da Praia Grande

Espaço Lisboa
The owner has created a homely 'Lisbon space' within this two-storey house in this Chinese village. The decorative style comes straight out of Portugal, as do the influences behind many of the home-style dishes. Don't miss the presunto pata negra and if you fancy something a little different then try the African chicken from Mozambique with its coconut flavour. Ask for a table on the veranda when the weather is right. Rua das Gaivotas No8, Coloane

Gosto
The cupola ceiling and vintage photographs of old Portugal go some way to imbuing this restaurant within the Galaxy with something of a colonial atmosphere. The kitchen is headed up by a Portuguese chef and you can certainly taste the authenticity in specialities like deep-fried cod fish balls with chickpea salad and the classic Portuguese egg tarts. There are also a number of quality Portuguese wines on offer. G21, GF East Promenade, Galaxy Hotel, Estrada da Baia de Nossa Senhora da Esperança, Cotai 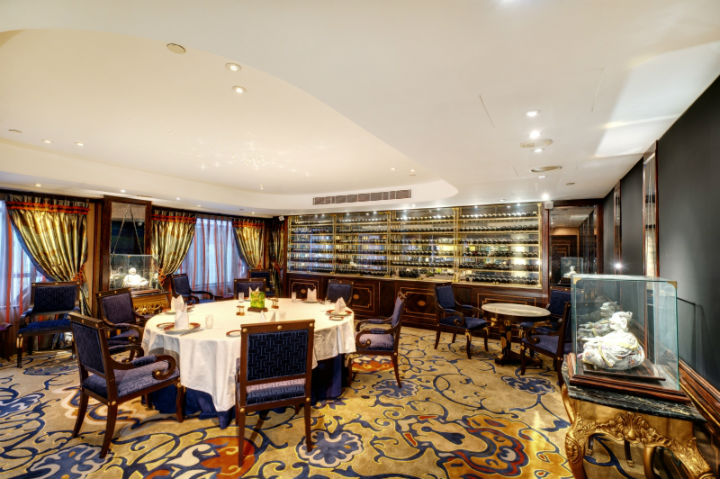 Guincho a Galera
Portuguese 'fine dining' comes to Macau in the form of this branch of Fortaleza do Guincho restaurant in Cascais, near Lisbon. It occupies the room in the Lisboa hotel that was formerly used by Joël Robuchon. The atmosphere is refined, the decoration vivid and the service attentive. The Portuguese food is refined and classical and is occasionally accompanied by subtle French notes; it is also complemented by a very impressive wine list. 3F, Hotel Lisboa, 2-4 Avenida de Lisboa

Castico
Hidden a few blocks behind the main street of Taipa's old town is this simple, unassuming little place with just five tables. The Portuguese owner-chef, who came to Macau in 2004, treats his many local customers like family and operates from early morning until late evening, preparing home-style dishes in his small open kitchen. Recommended are the stewed pork with clams, oven roasted bacalhau with potatoes and duckling rice. 65B Rua Direita Carlos Eugénio, Taipa

The newly-appointed International Director of The MICHELIN Guides shares his thoughts about Hong Kong and Macau’s gastronomic scene and the future of the MICHELIN Guide.